The Chilling Story Of Simon Monjack, The ‘Disturbed’ Husband Of Brittany Murphy

Brittany Murphy was married to Simon Monjack for just two years before she met an untimely death in December 2009. Eerily, he would also die five months later.

Brittany Murphy’s husband Simon Monjack had few fans throughout his marriage with the actress. By the time the pair wed in 2007, Monjack already had a seedy past that involved allegations of credit card fraud and theft, evictions from multiple homes, and rumors of secret children.

Though some tried to warn Murphy about her husband, she insisted that he was her soulmate up until her untimely death in December 2009. Since Murphy was just 32 years old at the time, suspicions soon fell on Monjack — especially since he was said to be “controlling” during their marriage.

For his part, Monjack denied any involvement in Murphy’s death. But many questions were still raised about his behavior leading up to his wife’s demise. And eerily, Monjack would soon meet an untimely death himself at age 40, just five months after Murphy. The fact that both of them had died under similar circumstances made the situation even more unsettling.

The rumors that Simon Monjack may have played a role in Brittany Murphy’s death became so persistent that HBO Max released a documentary called What Happened, Brittany Murphy? in October 2021. At the center of the doc was Monjack’s worrying behavior toward Murphy and other women.

This is the true story of Brittany Murphy’s husband — and why so many people have blamed him for his wife’s tragic downfall.

How Simon Monjack Allegedly Conned His Way Into Hollywood 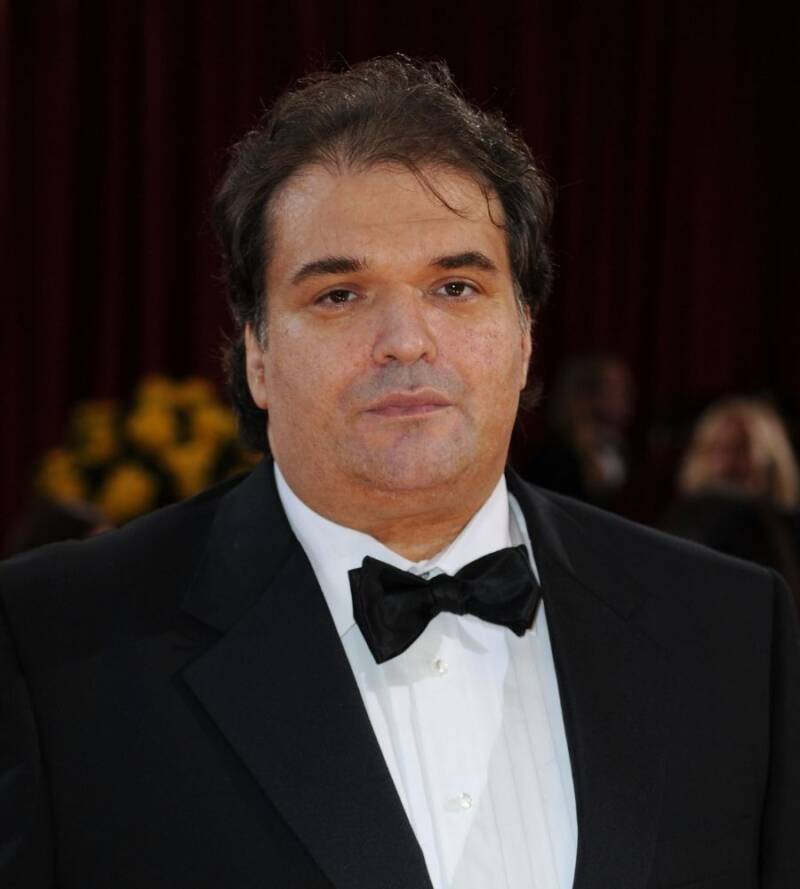 Simon Mark Monjack was born to a Jewish family near London, England, on March 9, 1970. His father, William, died of a brain tumor when Simon Monjack was 15 years old. And his mother, Linda, worked as a hypnotherapist.

From an early age, Monjack had dreams of becoming a successful Hollywood screenwriter and producer. But he later stumbled as a director in the 2001 B movie Two Days, Nine Lives, which was blasted by critics.

He also received a writing credit for the 2006 film Factory Girl, but director George Hickenlooper later claimed that this was only because Monjack wouldn’t allow the film to proceed without the credit.

“He filed a frivolous lawsuit against us, making bogus claims that we had stolen his script,” Hickenlooper said, according to the Daily Mail. “He held us literally to hostage and we were forced to settle with him as he held our production over a barrel. I posted this information on IMDb two years ago in order to warn other people because Monjack was using his Factory Girl ‘credit’ to solicit money from other investors.”

Monjack eventually earned the nickname “Conjack” in Hollywood circles, and he also became infamous for his reputation as a master manipulator and accusations of immoral and sometimes outright criminal behavior.

Between 1997 and 2006, Monjack was evicted from four homes, and during that time period, he also faced allegations of credit card fraud and theft. In addition, he was sued by a mortgage firm and forced to pay them a whopping $470,000. And in 2007, his ex-wife, Simone Bienne, successfully sued him for $63,000 that he had failed to pay her in their divorce.

The Ill-Fated Marriage Of Simon Monjack And Brittany Murphy 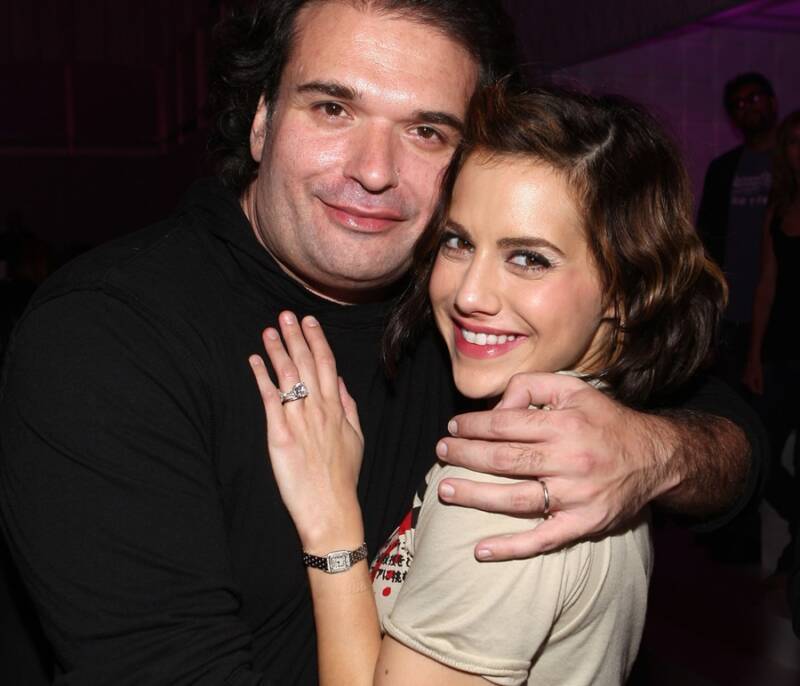 Getty ImagesSimon Monjack and Brittany Murphy were secretly married in a small, Jewish ceremony in April 2007.

Monjack initially met Brittany Murphy at a photoshoot when she was still a teenager. According to TODAY, Monjack said that he was “very patient” and watched her from afar for years as she grew up and dated other men. It wasn’t until late 2006, just after Monjack’s divorce from his first wife was finalized, that Monjack and Murphy began their relationship.

The pair dated for just four months before getting married secretly in April 2007. Many of Murphy’s friends and family members were surprised by how fast the couple’s relationship was moving. Some suspected that they married so quickly for legal reasons. After all, Monjack had spent nine days in jail in February 2007, facing deportation because his visa had expired.

Regardless of the reason, their relationship did nothing to curb Monjack’s worrying behavior. Soon after they’d gotten together, Murphy fired everyone on her professional team, as Monjack allegedly insisted on managing her on his own. He even acted as her makeup artist in some of her final projects.

Before long, Brittany Murphy’s husband began to have a negative impact on her career. She was supposed to star in The Caller, which was filmed in Puerto Rico in 2009. But Monjack allegedly showed up to the set drunk and disrupted the shooting. Soon afterward, Murphy was fired from the film.

“He was a disturbed individual who was used to conning people and Brittany was one of his last victims,” said What Happened, Brittany Murphy? director Cynthia Hill, according to People magazine. “There was a pattern of behavior that became very obvious the more research that we did.”

And in December 2009, tragedy struck.

Inside The Disturbing Demise Of The Couple

On December 20, 2009, Brittany Murphy collapsed in the bathroom of her Hollywood home that she shared with her mother and Simon Monjack. She was rushed to Cedars-Sinai Medical Center, where she was declared dead at 32. Her cause of death was later revealed as pneumonia, anemia, and “multiple drug intoxication” from over-the-counter and prescription meds.

Ultimately, Brittany Murphy’s death was ruled accidental, but that didn’t stop people from suspecting that her husband had something to do with it. Rumors spread that he had pressured her to lose weight despite her already slim frame, which may have led to her developing anemia. And for Monjack’s part, he did little to quell speculation after Murphy’s death.

For instance, Monjack initially did not want an autopsy performed on Murphy. When asked why, he said, “This pristine body, curvy in all the right places, with skin like silk… How could I say, ‘Cut it up,’ in front of her mother?”

Shockingly, it’s also been rumored that Simon Monjack pursued a romantic relationship with Brittany Murphy’s mother after the actress’s untimely death — and that the two even shared the same bed. But if that bizarre story was actually true, then the new relationship certainly didn’t last for long.

On May 23, 2010, Simon Monjack was found dead in his Hollywood home, just five months after Brittany Murphy’s death in the same house. He died from pneumonia and anemia, which was eerily similar to his wife’s cause of death. Monjack was soon buried next to Murphy in Forest Lawn Memorial Park in Los Angeles. But Simon Monjack’s death was one without dignity. 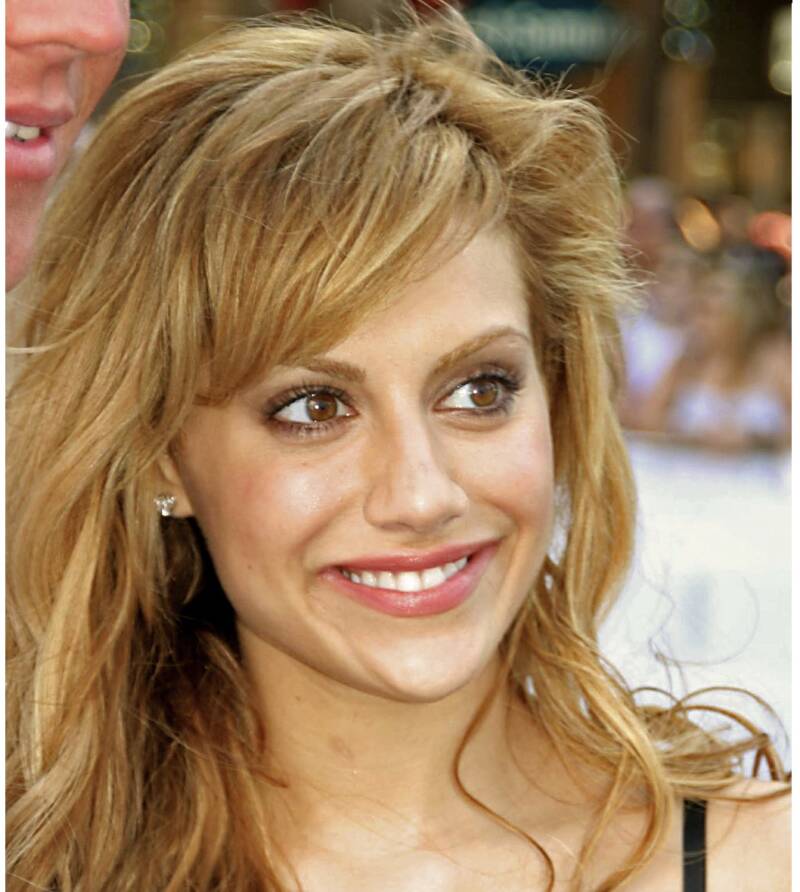 Wikimedia CommonsBrittany Murphy’s friends claim she became thin, sad, and withdrawn in the months leading up to her death.

Shortly after Simon Monjack’s death, TMZ revealed that Monjack had been wiring tens of thousands of dollars to multiple lawyers and to someone in Europe to pay off a mysterious settlement. Shockingly, he also had two secret children from two separate women: a daughter and a son.

In 2013, his daughter, Jazmyn (then 18 years old), revealed that she hadn’t seen her father since she was seven, and he “didn’t pay child support” and left her nothing after his death. And the mother of Monjack’s son, Elizabeth Ragsdale, claimed that Monjack abandoned her while she was pregnant.

“I’m a survivor of Simon Monjack, and I believe that Brittany didn’t survive him,” Ragsdale explained, according to the Los Angeles Times. “She needed somebody around her to say: ‘Get your ass to the doctor. You have pneumonia. You’re sick. Look at you.’ He was letting me be sick like that pregnant until my friend walked in.”

But despite all of these troubling stories, Monjack’s mother Linda and brother James insist that Simon Monjack really loved Brittany Murphy. “When I saw them together, they were very much in love. It’s a very fine line, isn’t it? Between controlling somebody and managing them to have the best career. I don’t know,” Linda Monjack said, as reported by Hollywood Life.

And though Simon Monjack faced disturbing allegations all throughout his life, Brittany Murphy once told an interviewer, “The easiest decision I ever made in my life was getting married.” Tragically, the only two people who may have known the full story took it with them to the grave.

Now that you’ve read all about Simon Monjack, learn about Henry Willson, Rock Hudson’s abusive agent. Then, take a look at the story of Pamela Courson, the doomed girlfriend of Jim Morrison.