4 Wonders Of Our Solar System 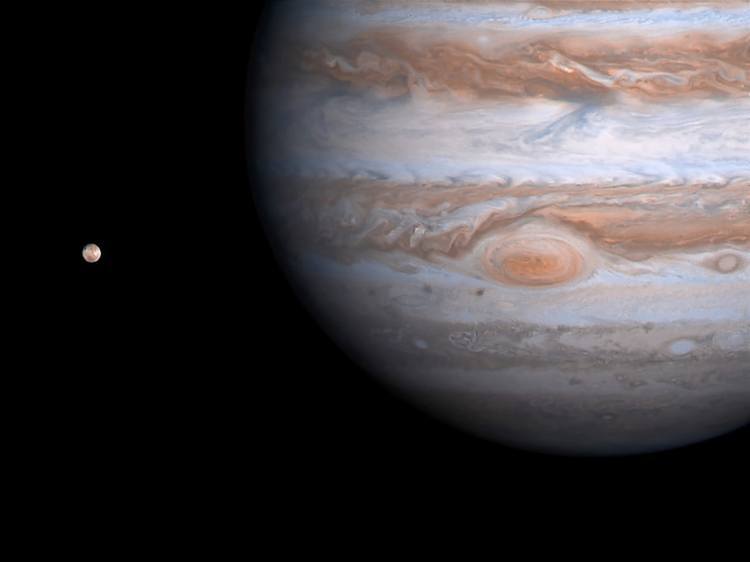 The Great Red Spot is among the most well-known points of interest in the solar system. Thanks to its massive size, this giant storm on Jupiter is clearly noticeable in any image of the planet. How big is it? Imagine the size of Earth and multiply it by two or three.

We have known about the storm for a long time, ever since the 17th century. Thanks to this extended period of observation, we’ve also noticed that the spot is shrinking substantially. Just over the last century alone, the Great Red Spot’s diameter shrunk to about half its size. At its peak, the spot was about 25,000 miles wide. Today, though, the Great Red Spot expands around 15,000 miles in width. 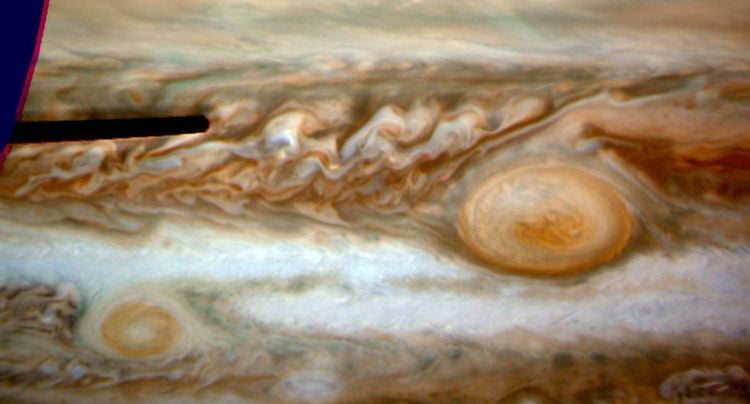 The Great Red Spot has another very similar storm to keep it company, although this one is much smaller (it’s still bigger than our planet, though). This storm’s official name is Oval BA, but its similarity to the Great Red Spot earned it the nicknames Little Red Spot or Red Spot Jr.

On its own, Mimas is a rather unremarkable little moon orbiting Saturn. We have known about it for a long time – it was discovered by William Herschel in 1789. Up until relatively recently, the most significant aspect of Mimas was the fact that it is the smallest body in our solar system which still has enough gravitational force to take a round shape. However, a few decades ago a certain movie came out about wars in space and featured a certain Death Star. All of a sudden, astronomers realized they had seen something similar before.

It’s true. From a certain angle, Mimas looks exactly like the Death Star. Of course, this isn’t incredibly hard to realize since the Death Star is basically just a sphere with a giant crater. What is most impressive is the fact that it’s all a giant coincidence. Although we discovered Mimas hundreds of years ago, the crater itself (later named Herschel) wasn’t discovered until three years after Star Wars came out. 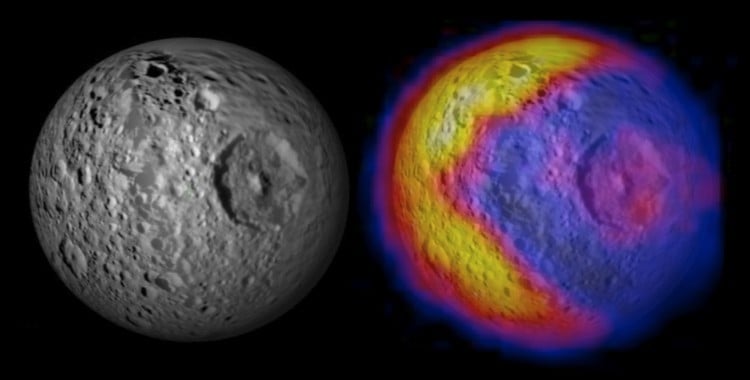 The coincidences don’t end there, though. A few years ago, Cassini took a temperature map of Mimas and it is again reminiscent of an iconic pop culture figure. This time it’s famed video game character Pac-Man. The crater is even placed perfectly to resemble a power pellet.