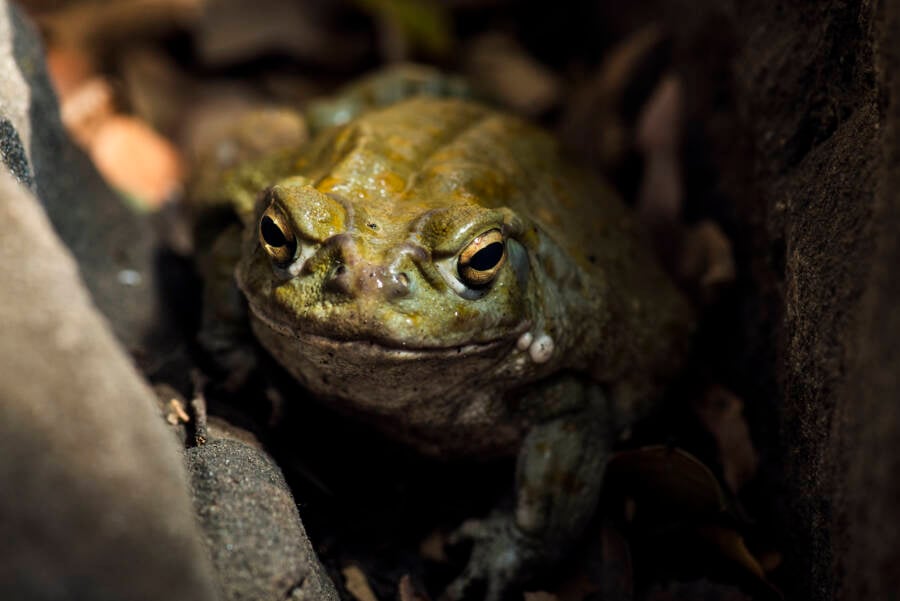 Jason Lee Hughes/Getty ImagesThe Sonoran Desert toad’s toxin can create a psychedelic experience when dried and smoked in a pipe, but park visitors are trying to recreate it by licking the toads.

On Halloween, the National Park Service posted an odd warning to Facebook: “Please refrain from licking.”

Licking what, exactly? Why, none other than the Sonoran Desert toad, otherwise known as the Colorado River toad, one of the largest in North America — and one that secretes a potent toxin strong enough to kill a dog.

Of course, it can also produce a very intense psychedelic experience, hence the licking.

As The New York Times reports, the experience is apparently so intense that some people have taken to calling the toxin, “the God molecule” as the trip has been likened to a religious experience. Others say the toxin is a dangerous poison that can make a person incredibly sick — or dead.

The toads’ secretions have reportedly become something of a commodity in certain circles, with expensive retreats offering buyers a chance to experience the toxin’s fierce hallucinogenic effects.

Sometimes, buyers spend thousands of dollars to ingest the toxic secretion and experience a trip that typically lasts 15 to 30 minutes.

However, it’s not the toad secretion itself that people are paying for, but rather a particular substance found within the secretion: 5-MeO-DMT. Sonoran Desert toads excrete the toxin as a defense mechanism, but 5-MeO-DMT can be extracted, dried into crystals, and smoked to produce the intense trip.

In the United States, 5-MeO-DMT is an illegal Schedule 1 controlled substance. In Mexico, on the other hand, it is entirely legal.

According to Smithsonian Magazine, the substance isn’t only found in the secretion of Sonoran Desert toads, though. It has also been found in plant species and certain fungi, like the false death cap, or Amanita citrina.

In fact, using the hallucinogen — colloquially called Bufo or Five — is nothing new, but an increased interest in the experience coincides with new research that suggests psychedelics can help treat a litany of mental health issues like addiction, depression, anxiety, and post-traumatic stress disorder.

Among 5-MeO-DMT’s most prominent proponents are Mike Tyson and Hunter Biden, the latter of whom claimed that his experience on the drug temporarily helped cure his crack addiction.

“The experience unlocked feelings and hurts I’d buried deep for too long,” the President’s son wrote in his memoir. “It served as a salve. I stayed sober for a year afterward.”

Unfortunately, going around licking frogs isn’t a part of this ongoing medical research, and actually poses a threat to both the licker and the lickee — in this case, Sonoran Desert toads. 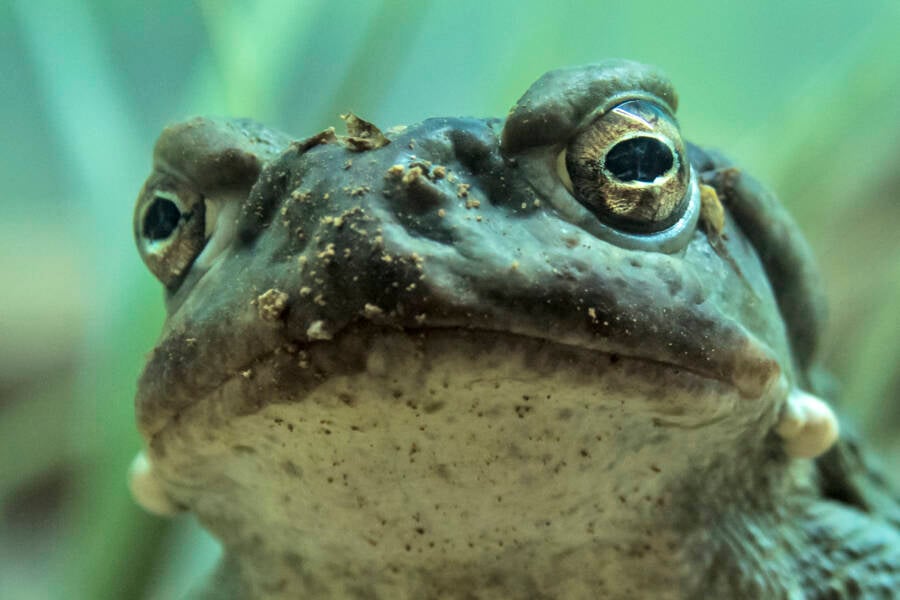 Mark Newman/Getty ImagesSonoran Desert toads release their toxin as a defense mechanism in stressful situations, which leads conservationists to question the ethics of 5-MeO-DMT harvesters.

While the National Park Service didn’t comment on the number of people who have been licking the toads, there had to have been enough that issuing a warning was required.

Even beyond this instance, conservationists have growing concerns about the future of Sonoran Desert toads as the amphibians have become the target of illegal trafficking, poaching, and over-harvesting.

Speaking with High Country News in 2021, Robert Villa, president of the Tucson Herpetological Society and a researcher with the University of Arizona’s Desert Laboratory, described a modern “psychedelic renaissance” that has led to a “community that is devoted to the Sonoran Desert toad, extracting [the toxin] for psychedelic use.”

Some harvesters of the toxin claim they are doing so sustainably, by stroking under the toad’s chin to trigger a defensive response and then returning it to the wild.

But according to Villa, the toads only “offer those secretions in a defensive context, in a stressed and violent context. Ultimately, people are self-medicating at the expense of another creature.”

Sonoran Desert toads already face multiple threats on top of their natural predators, including climate change and rapid urbanization. Now, over-harvesting adds another item to the list, one that could result in major consequences down the line.

“It really kind of shocks me, actually. The fact that people assume, based on its abundance, that it’s fine,” said Villa. “When you begin to notice something’s happening in those populations, it’s too late.”

To reiterate: do not lick the toads. Learn about the time poisonous toads overwhelmed Palm Beach Gardens, Florida, leading to major concern over the health of pets in the area. Or, read about Isaac Newton’s curious idea to use toad vomit as a cure for the plague.