22 Stunning Photos Of Spring Flowers Around The World

There are few times of the year more beautiful than spring. As the weather warms up, green fields and budding trees transform into bright, colorful expanses of daisies, wildflowers, and roses. From the blushing cherry blossoms that dot Japan’s fields to the vibrant tulip fields that bring vivid color to Holland’s lush landscapes, spring flowers are one of the world’s greatest marvels: 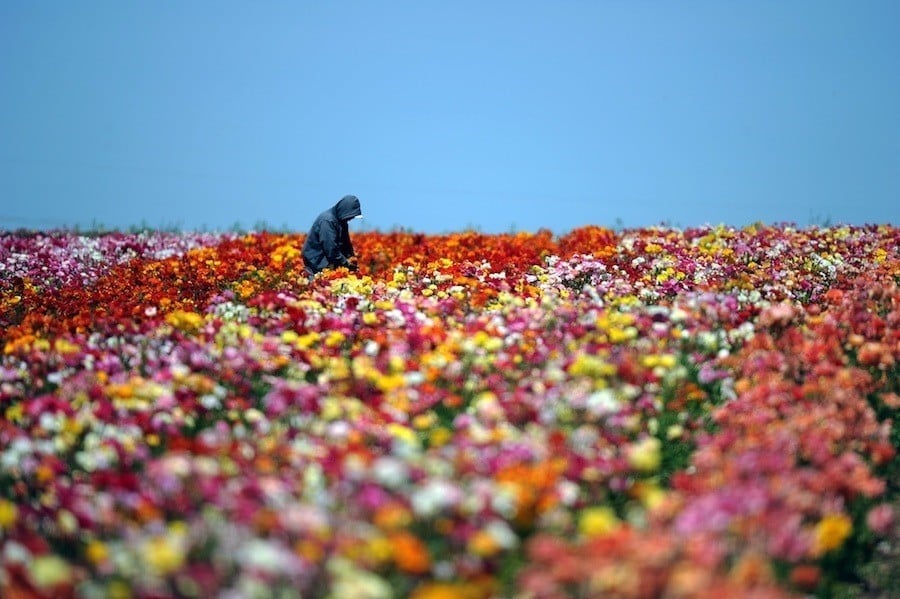 Flowers are seen in Carlsbad, California. The nearly 50 acres of Giant Tecolote Ranunculus flowers that make up the view above are in full bloom for approximately six to eight weeks each year, from early March through early May. Gabriel Bouys/AFP/Getty Images 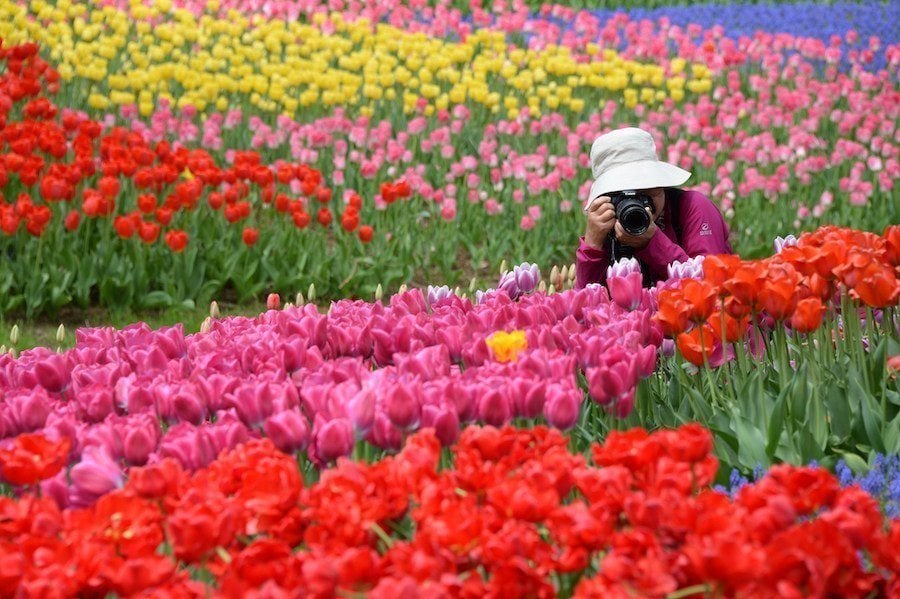 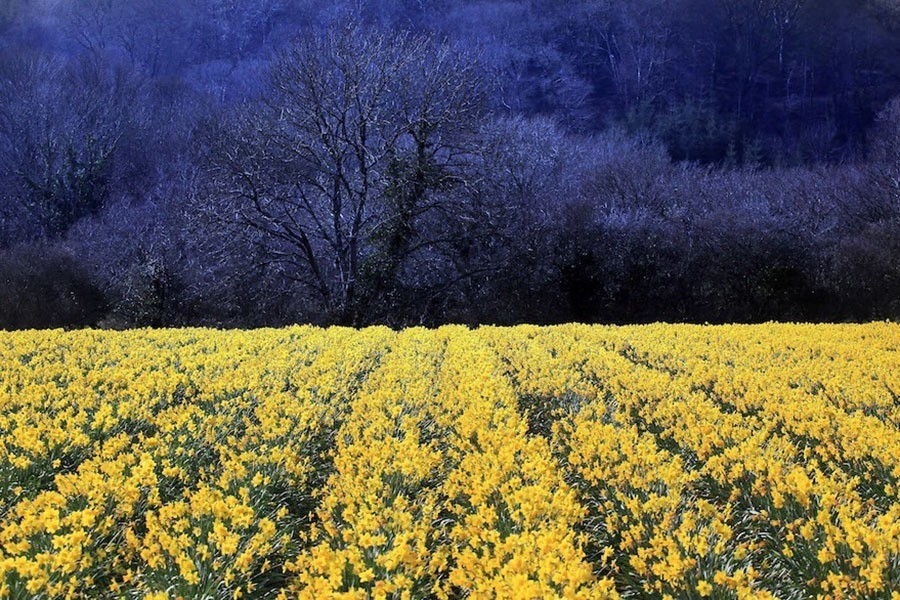 Daffodils that have been left to flower at Fentongollan Farm near Truro, England. Matt Cardy/Getty Images 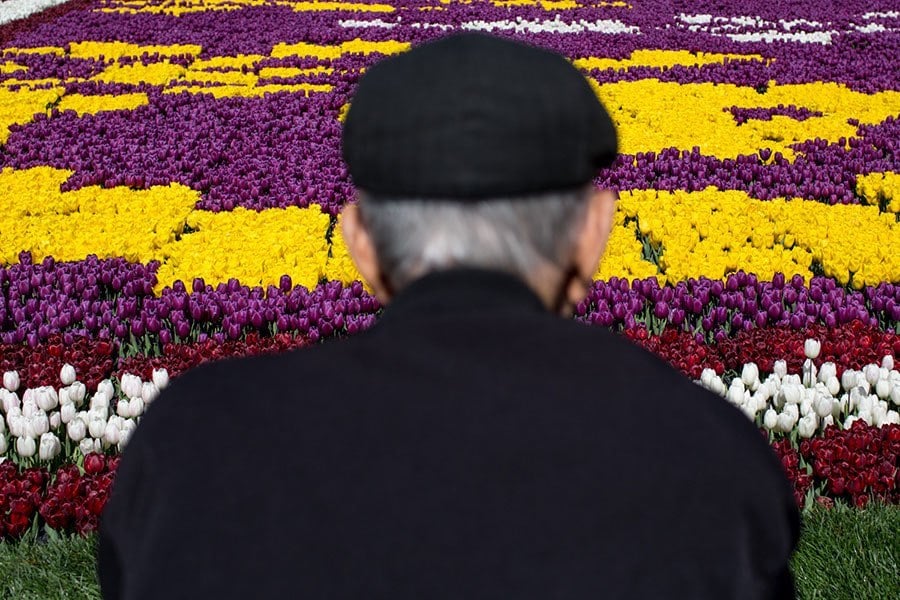 A man looks out over a tulip display in the Sultanahmet district on in Istanbul, Turkey. Every April Istanbul celebrates the coming of spring with the annual Tulip Festival, now in its tenth year. Chris McGrath/Getty Images 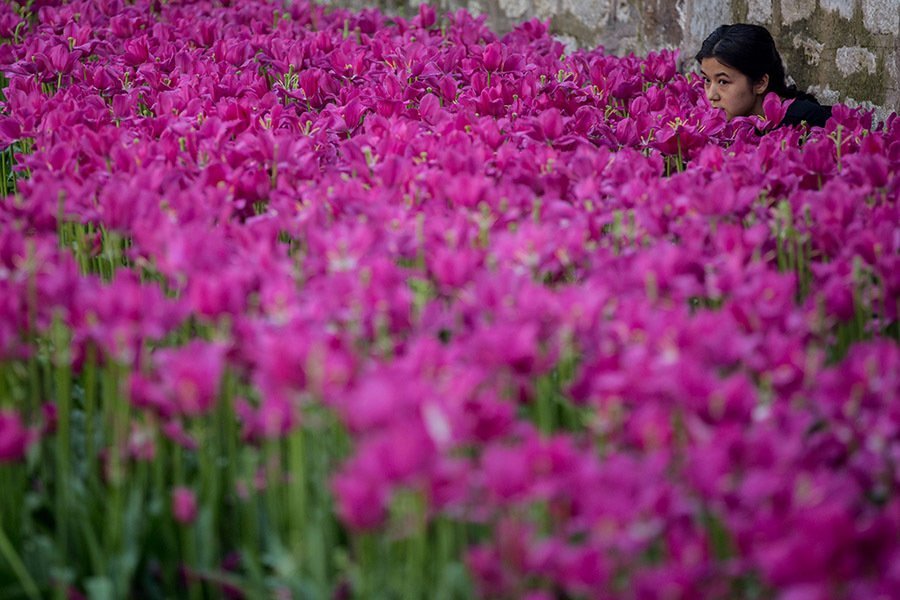 A young girl is seen among a bed of tulips in bloom in the Sultanahmet district in Istanbul, Turkey. Chris McGrath/Getty Images 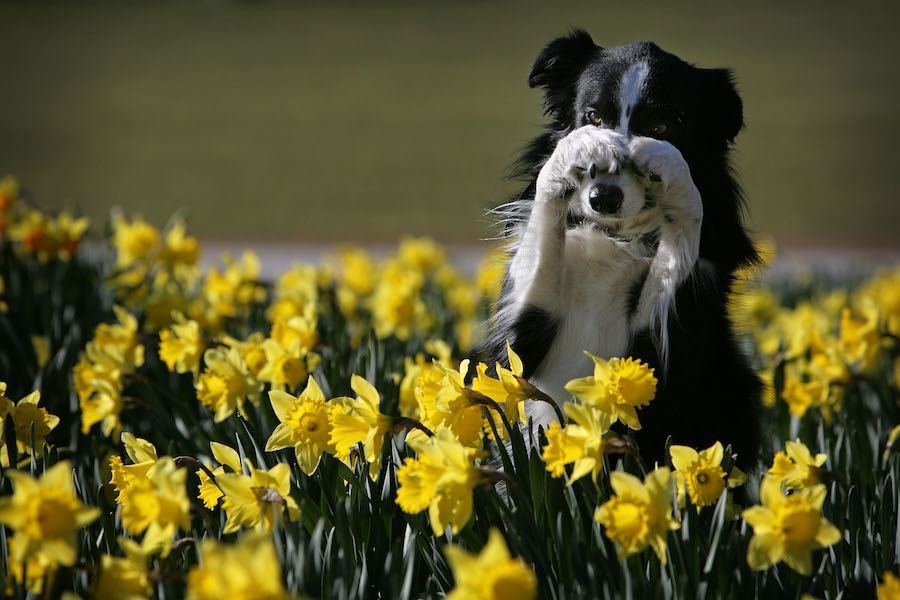 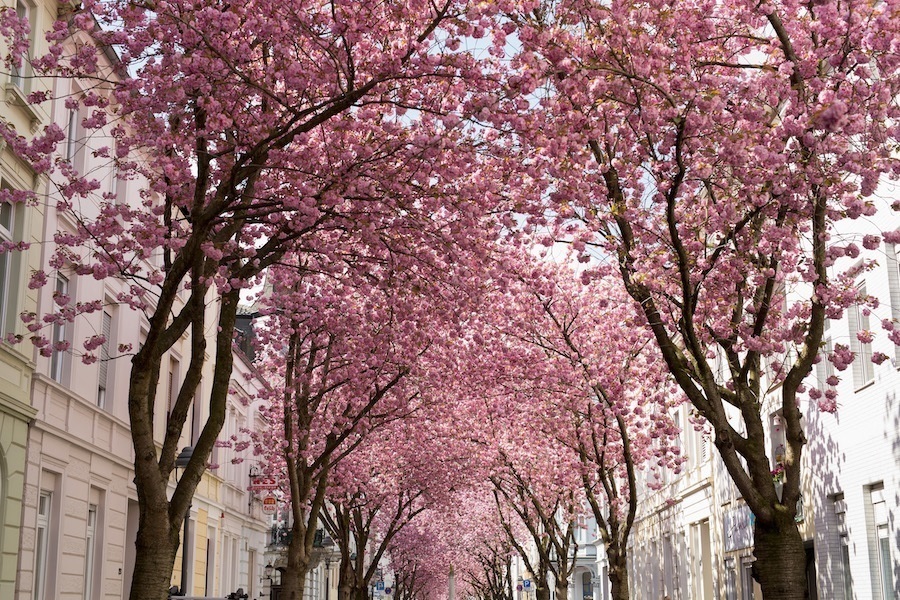 Blooming cherry blossom trees are seen in the streets of the historic district on April 18, 2016 in Bonn, Germany. Andreas Rentz/Getty Images 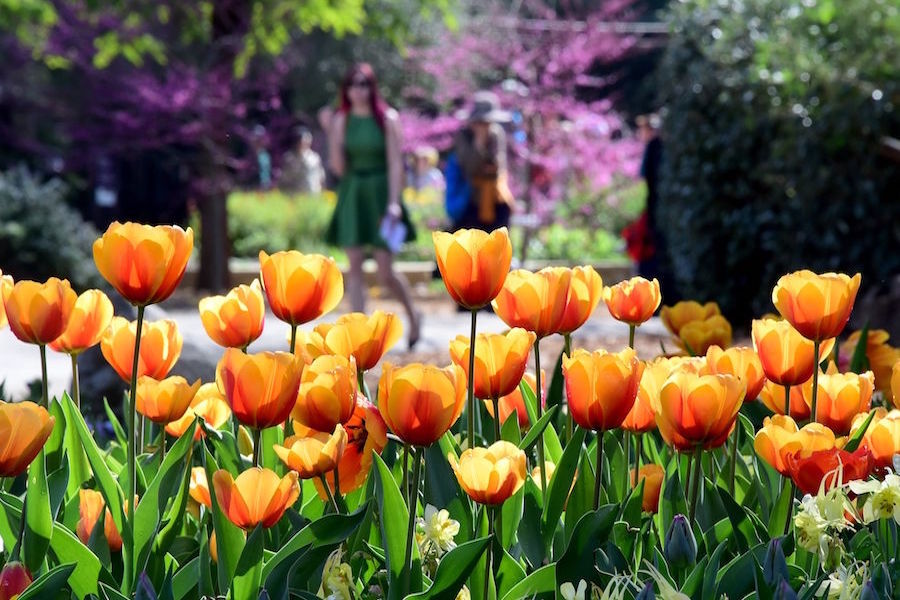 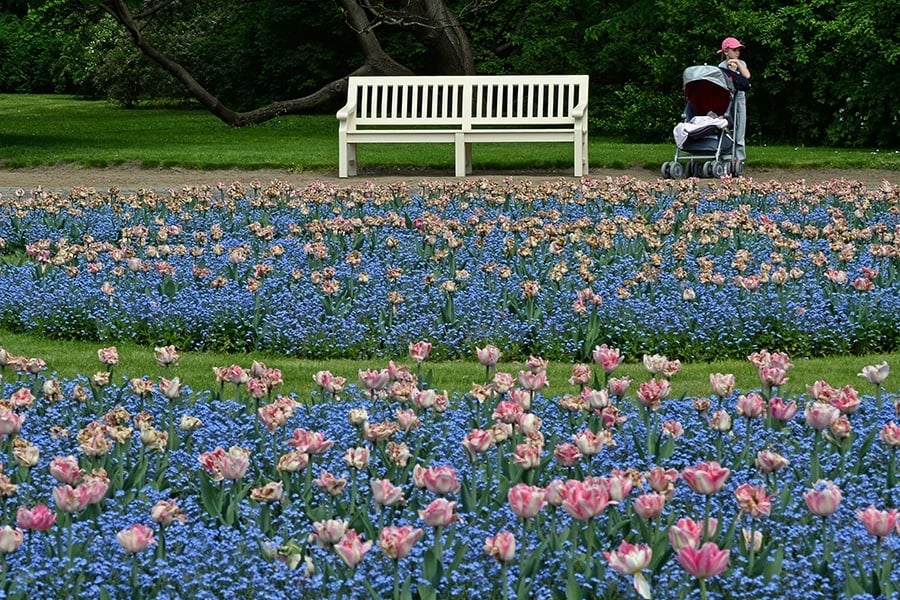 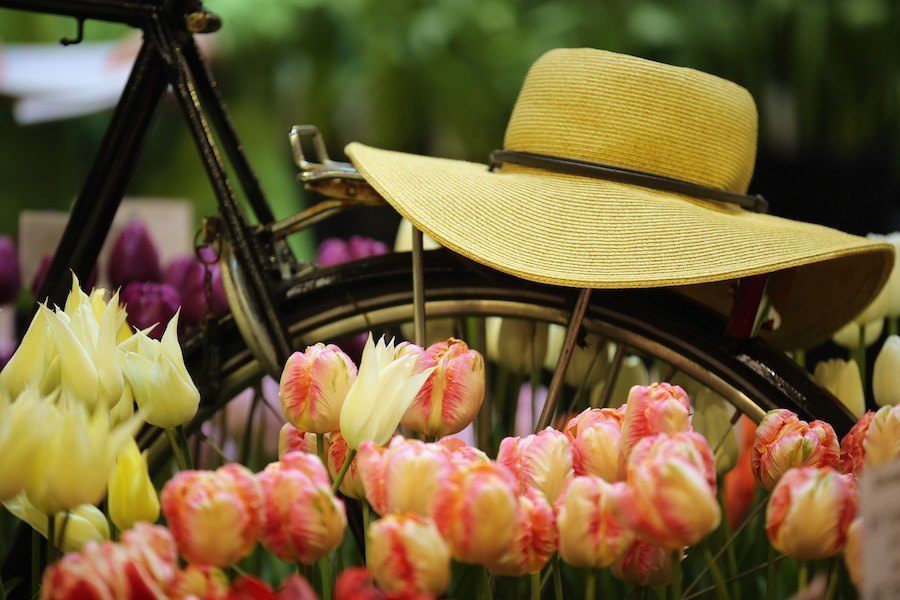 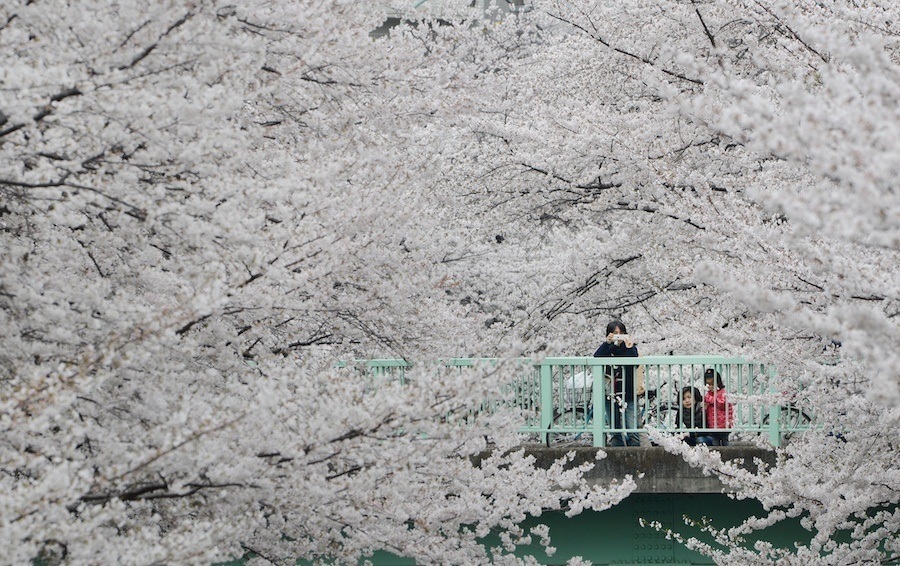 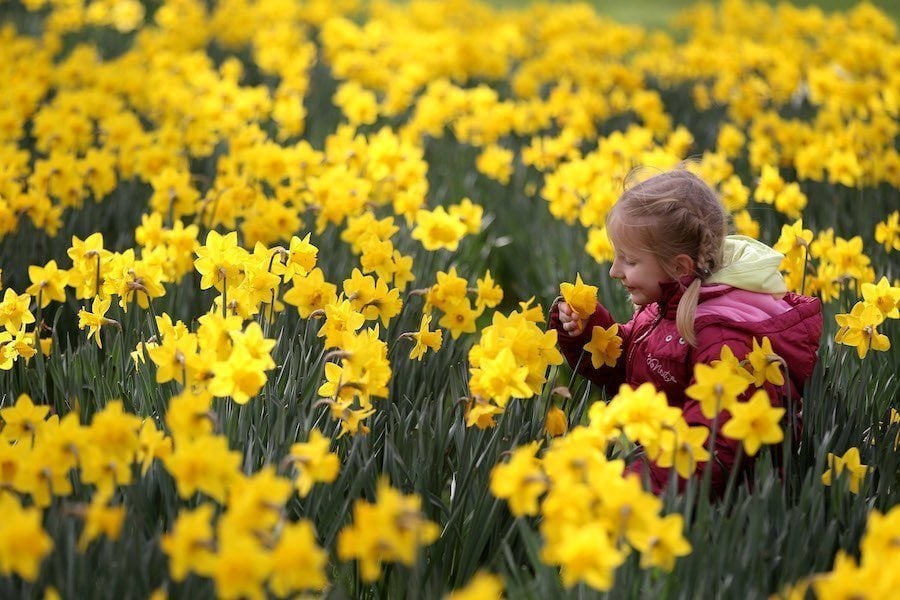 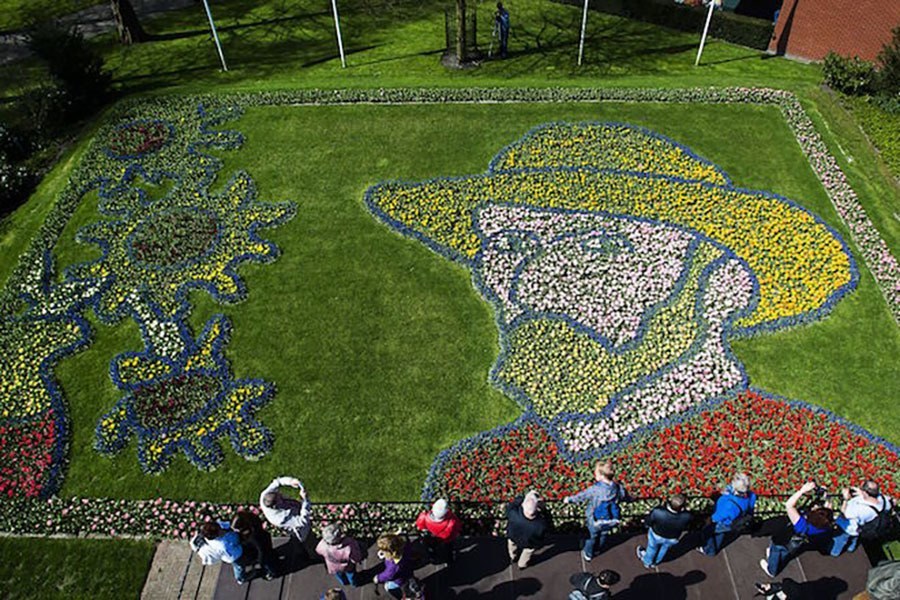 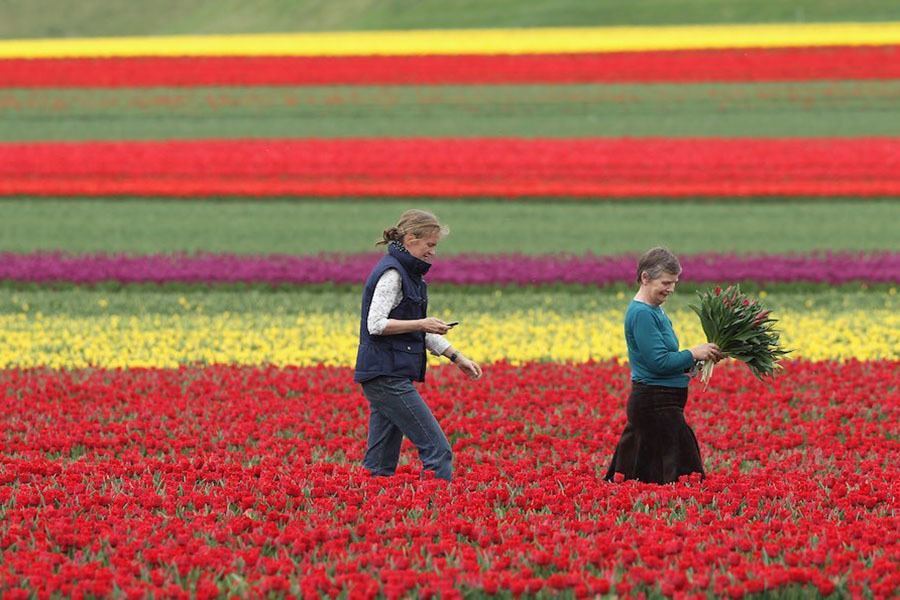 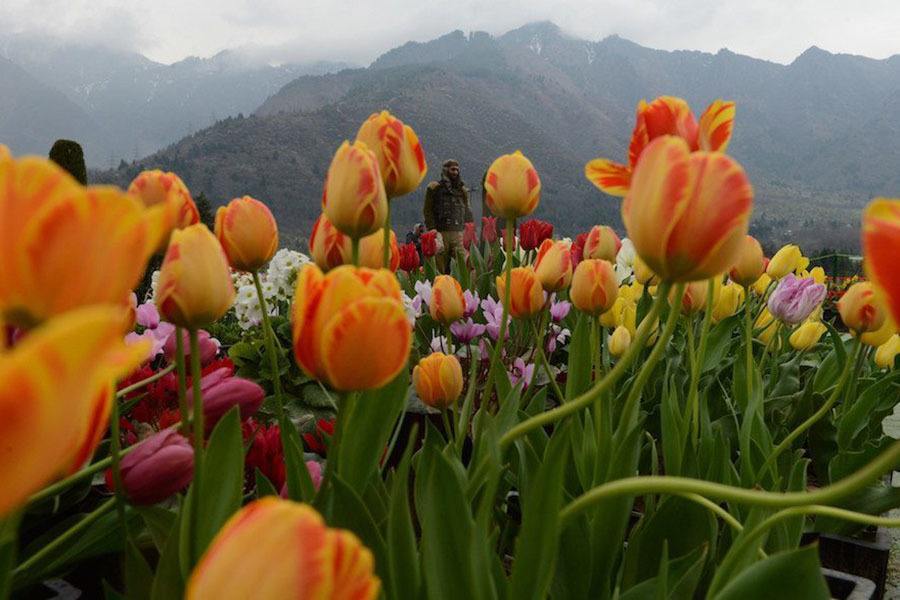 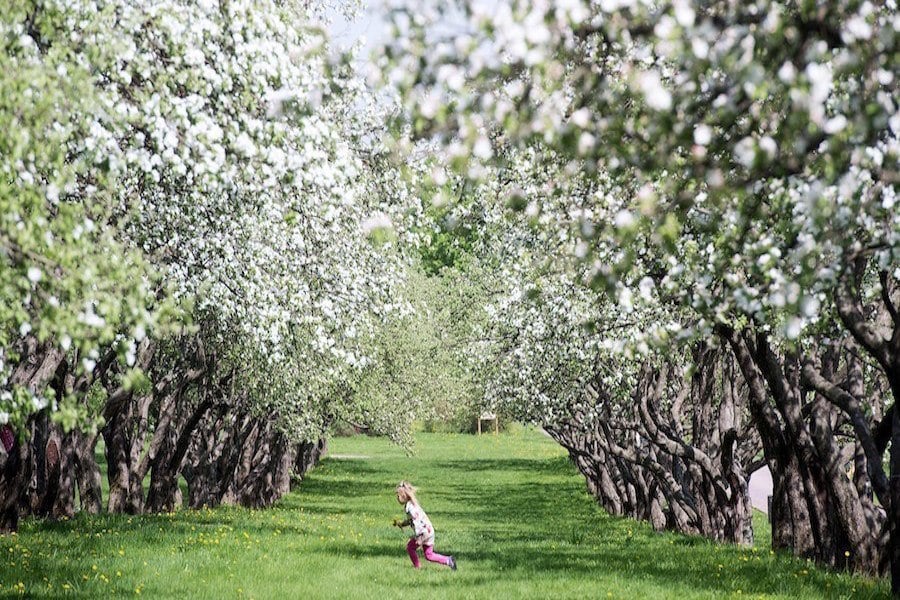 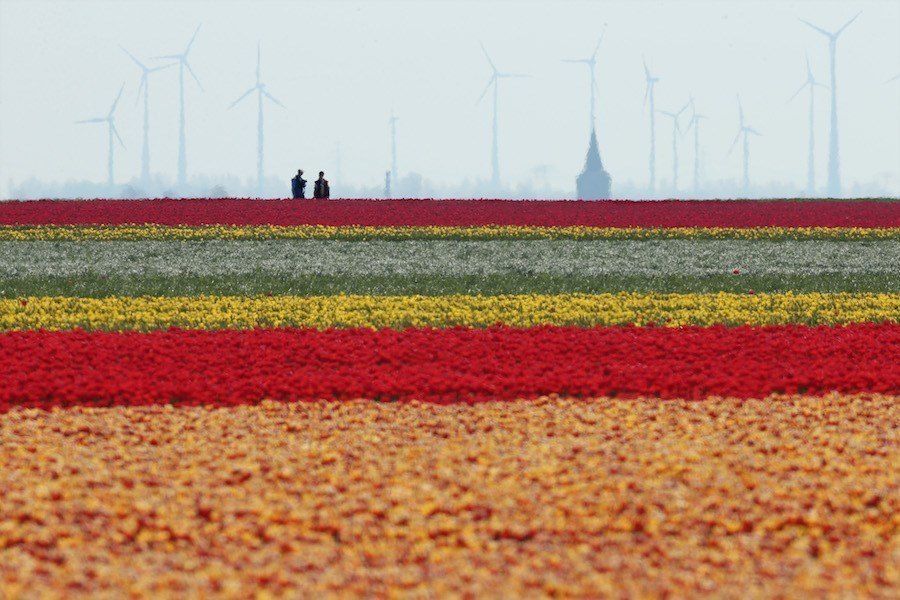 Wind turbines spin behind rows of tulips at the Degenhardt-Sellmann Spezialkulturen tulip fields as a couple walks by near Magdeburg in Schwaneberg, Germany. Sean Gallup/Getty Images 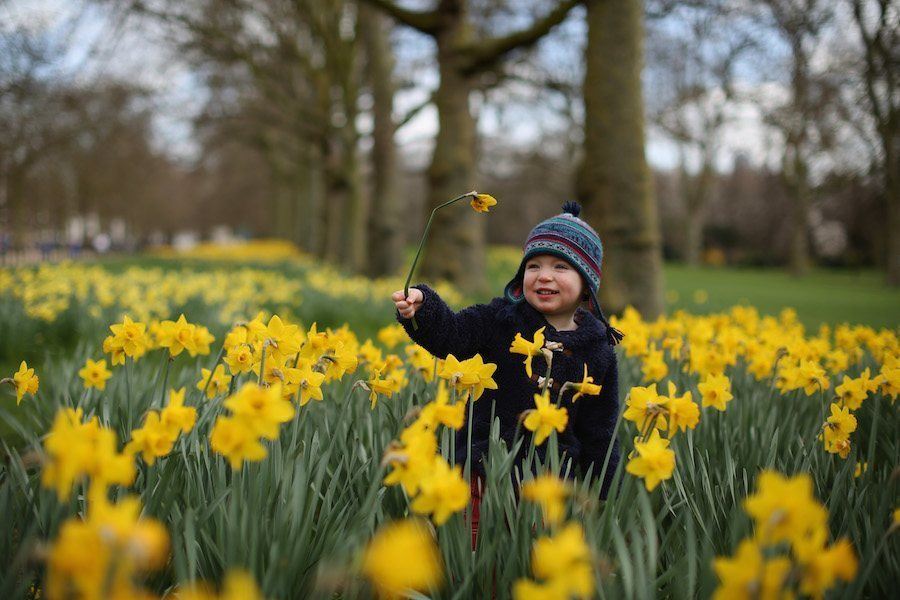 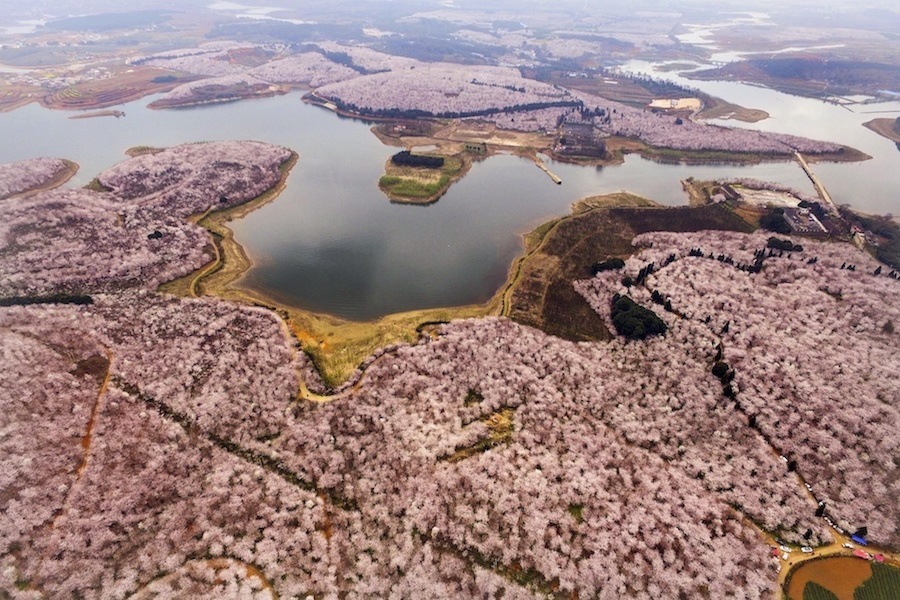 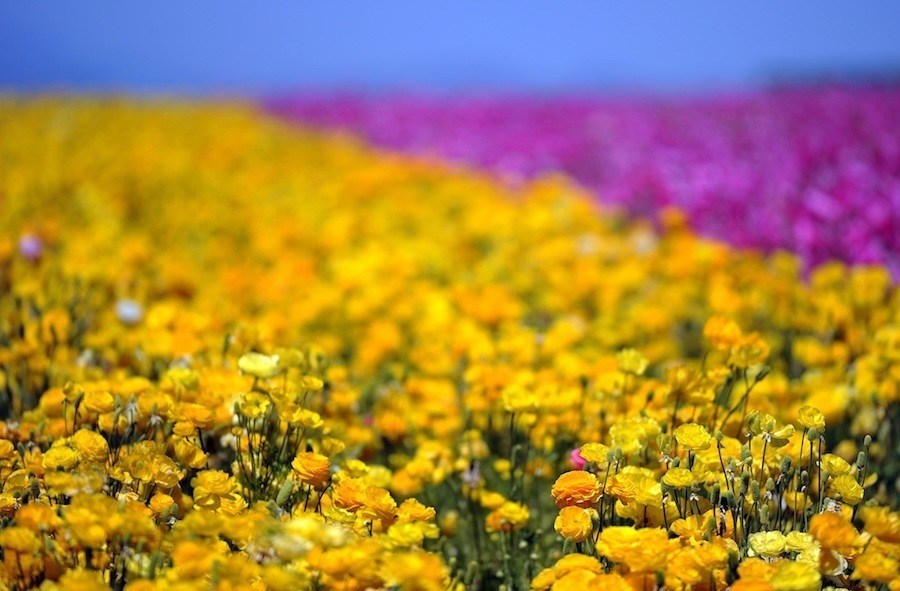 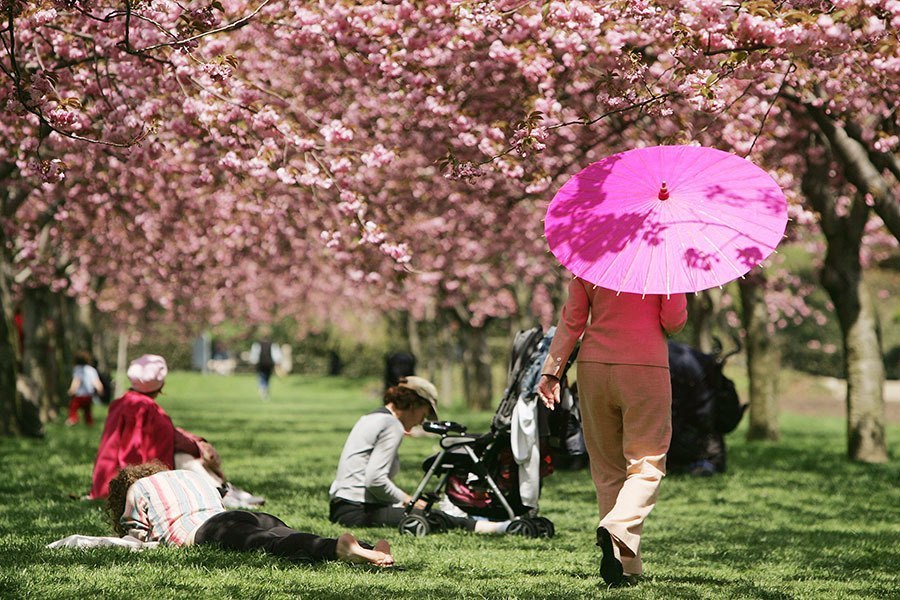 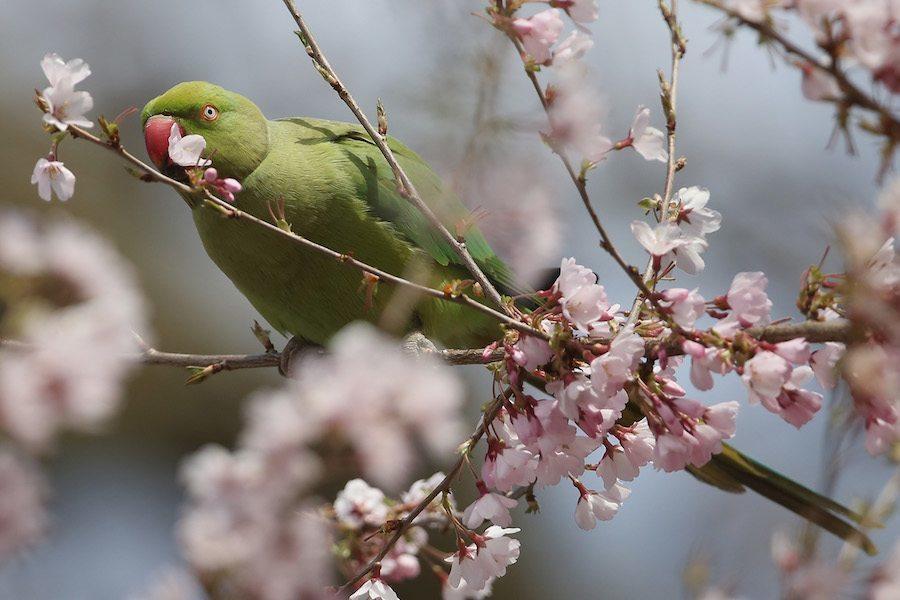 A parakeet sits on a blossom branch in St James's Park in London, England.Dan Kitwood/Getty Images

Enjoy these spring flowers? Next, check out the world's most interesting trees and rooftop gardens.