The motorcyclist caught his own crime on a helmet camera, which allowed the police to track him down.

A motorcyclist has been charged with reckless driving after he sped away from a police officer on his motorcycle at 143 mph on a highway in St. Charles, Ill. And the basis for the arrest came from a video that he himself took using a helmet camera and uploaded to the internet.

On June 22, Brian Bianco pleaded guilty to a misdemeanor charge of disobeying a police officer. As part of a plea deal, he cannot not drive or possess a motorcycle for a year, and must perform 100 hours of community service.

The 24-year-old was initially arrested in July 2017 and charged with three felony counts. 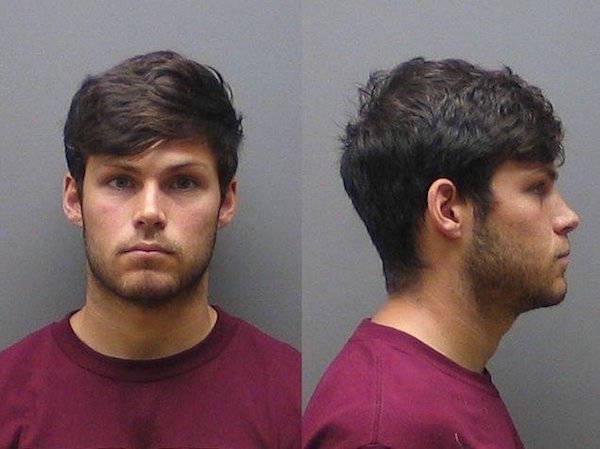 The video shows a police officer walking up to Bianco while he’s stopped at a red light. The officer was approaching because Bianco didn’t have a registration plate and didn’t signal while turning.

“The bike turned around and saw him as he was opening the door and took off,” said St. Charles Deputy Chief Dave Kintz.

The video then showed the motorcyclist speeding away, running through the red light, weaving between cars, and reaching a speed of 143 mph. For safety reasons, the police opted not to pursue Bianco.

The video showing Bianco fleeing from the officer was put into a YouTube video montage of motorcyclists being chased by police by a user named FailsAndFights. (Bianco can be seen at the 9:30 mark in the video.)

According to police, Bianco was arrested about a week later after someone emailed authorities the video with The YouTube account linked to a Facebook and Instagram page, which allowed the investigating officer to identify the driver based on pictures from the social media accounts.

In addition to the misdemeanor, Bianco was also charged with three felony counts of fleeing and eluding police. But the more severe charges were dropped as part of the plea deal.

Bianco was freed on a $4,000 bond while awaiting trial. If he violates his conditional discharge, he could face up to a year in jail.

Next, read about the hit-and-run driver who was arrested after admitting his guilt during a local news interview. Then read about robber who interviewed for a job at a police station and was immediately arrested.