Kaczynski told his family that technological progress would prove disastrous for humanity in the near future, and as such, he could not in good conscience facilitate the process by working as a math professor. His family was cautiously supportive of his views.

David, his younger brother, admired his commitment to his principles. His parents began providing him with an allowance. Secretly his mother worried that her son wasn’t making a stand but rather was “running away from a society he doesn’t know how to relate to.” 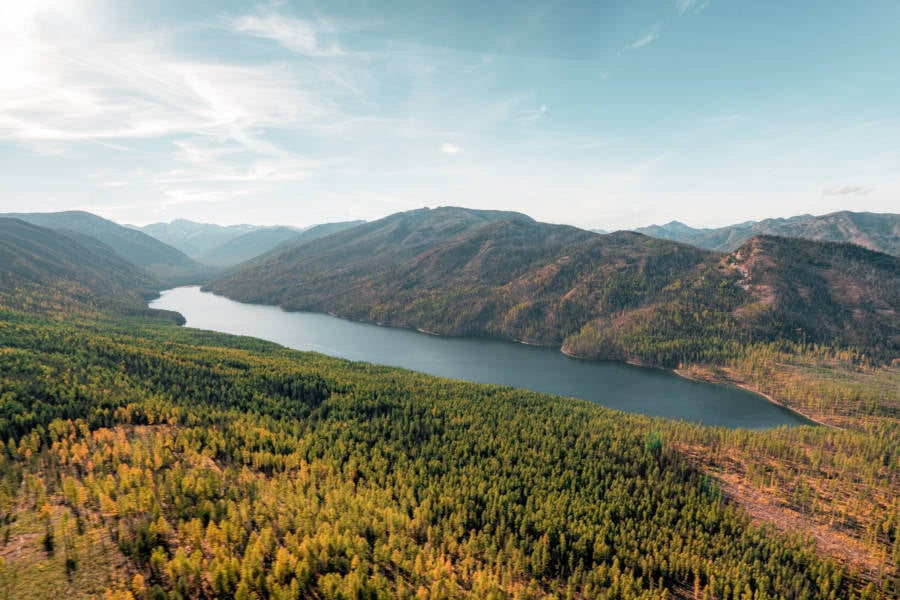 Together with his brother, Kaczynski started looking for a rural homestead to call his own. After his application for a Canadian homestead permit was rejected, Kaczynski stayed with his parents for a brief spell and then followed his brother David to Montana. He wanted them to buy some land together.

The brothers settled on a 1.4-acre plot of land outside Lincoln, Montana, an hour or so east of Missoula and not far from the Flathead National Forest. Kaczynski built his own 10-foot by 12-foot, one-room cabin.

The home had no electricity and no running water, though a stream was available for bathing and an outhouse served as the only bathroom. At first, David planned to build a second cabin beside his brother and to live there too, like twin Thoreaus in a Walden-like wilderness.

In short order, however, David realized he didn’t want to live a life “shackled” to his civilization-hating older brother. He took a teaching job in Iowa in 1973.

The Kaczynski family always expected, or rather, hoped that their troubled son would leave the woods eventually and rejoin society. Instead, he was still living in that cabin in 1996 when federal agents arrested him for his crimes. 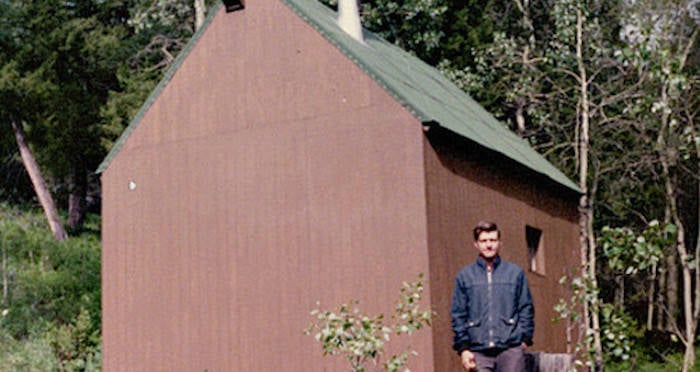 Kaczynski Family PhotoKaczynski at his cabin in Lincoln, Montana. Circa 1971.

For a few years, Ted Kaczynski truly seemed to hope that solitude would soothe his troubled mind. He dedicated himself to reading, learning survival skills, hunting, identifying edible plants, and even experimenting with crossbreeding new types of carrots. By the end of the decade, however, he could not find solitude anywhere.

Where once there had only been three people living in the entire valley around his home, new houses were erected, and ATVs, motorcycles, snowmobiles and other recreational vehicles became more common. The worst in his opinion, however, were the airplanes and helicopters.

One of the striking things about Kaczynski’s violence was the ways in which his actions were clear outgrowths of his growing rage and paranoia.

When something would upset him, Kaczynski would feel his heart go out of sync and worry his health was failing. Eventually, in 1991, he consulted a doctor in Missoula who determined that he was perfectly healthy and prescribed him some sleep and anti-anxiety medication. Unconvinced, Kaczynski purchased an expensive blood pressure monitor (severely cutting into his $400-a-year budget) to keep track of his own vital signs and sent the physician his results every six months for five years.

Apparently self-aware enough to recognize something was wrong with him, Kaczynski once sought mental health treatment. Reporting his issues with anxiety, he had a single session with a psychiatrist before determining that he could afford neither her fees nor the 60-mile round-trip to her office. After all, his only transport was a bike. He did ask to continue treatment by mail before being informed that this was not how therapy worked.

Then, in July of 1979 — after having already mailed two bombs in the span of a year — having hiked far out into the woods, Kaczynski was relaxing in a hunting camp as far from humankind as he could manage. He heard the sound of airplanes going on for about an hour, followed by what he called a sonic boom. Kaczynski became so enraged and depressed at the interruption that he called off the excursion and returned to his cabin. 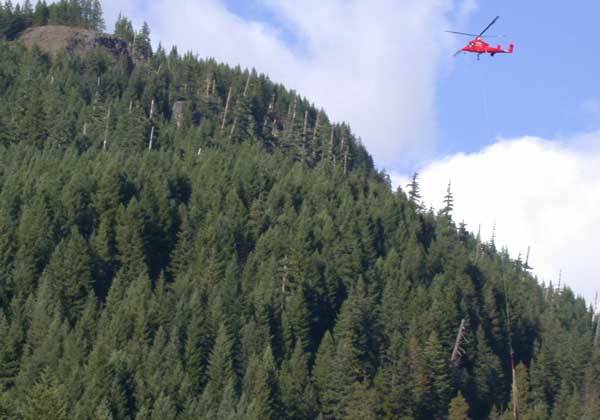 The sounds of airplanes and helicopters enraged Ted Kaczynski.

He began trying to shoot passing helicopters and low-flying planes with his hunting rifle, but he never succeeded, and it never helped. He remained so upset by the incident that he kept writing about it in his journal for several months.

“It is not the noise in itself that bothers me, but what that noise signifies,” he wrote, “It is the voice of the Octopus — the octopus that will allow nothing to exist outside the range of its control.” The outdoors had been tainted for him, he said, “I still love it. I suppose it is the same way a mother loves a child who has been crippled and mutilated. It is a love filled with grief.”

Before the Unabomber became national news, residents of Lincoln, Montana noticed something amiss. Recreational cabins near Kaczynski’s own were often broken into. Snowmobiles and motorcycles were damaged or destroyed. Sugar was poured into the gas tanks of the heavy equipment used by local logging and mining operations. Kaczynski’s closest neighbor, Chris Waits, only realized years later that the apparently harmless hermit he considered a friend had probably shot or poisoned several of his dogs.

After Kaczynski’s arrest, Waits further realized the Unabombers’ explosives had been made in large part from items and tools stolen from his own workshop and scrap piles.

At first, Kaczynski kept in touch with his parents and brother semi-regularly while in the cabin, but by the late 1970s, that too had changed. He began to accuse his parents of emotional and verbal abuse and cited their emphasis on his education over all else as central to his persistent problems.

He kept in touch with David until the late 1980s, telling his brother that he was the only person he’d ever loved. But when David married, Kaczynski cut him out too, saying that he wanted nothing to do with his family. 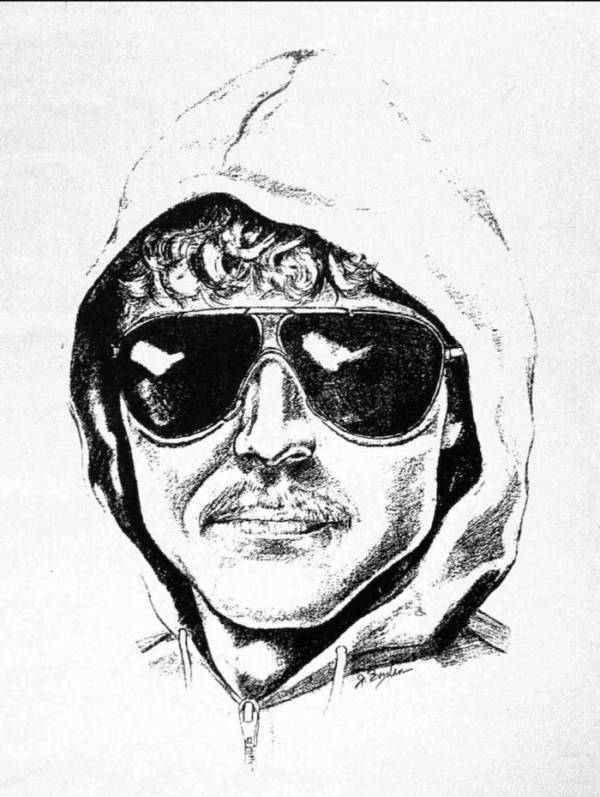 The Manifesto Of The Unabomber

In 1995, not long after the killing of Gilbert Murray, the New York Times and the Washington Post received packages of their own. They contained copies of a 35,000-word, 78-page, typewritten manuscript titled Industrial Society and Its Future.

Included in the package were instructions from the Unabomber; he wrote that if one of the newspapers didn’t publish his manifesto, he would send a bomb to an unspecified location “with intent to kill.” The Attorney General and the Director of the FBI recommended publication in the hopes that, if nothing else, someone might recognize the style of prose.

In the text, Kaczynski tore into what he perceives to be a technocratic superstructure pushed by capitalism, the search of knowledge, and misguided optimism about material progress. Throughout, Kaczynski referred to himself as “we” and spoke on behalf of a so-called “Freedom Club,” which he often abbreviated as “FC” in his letter bombs. 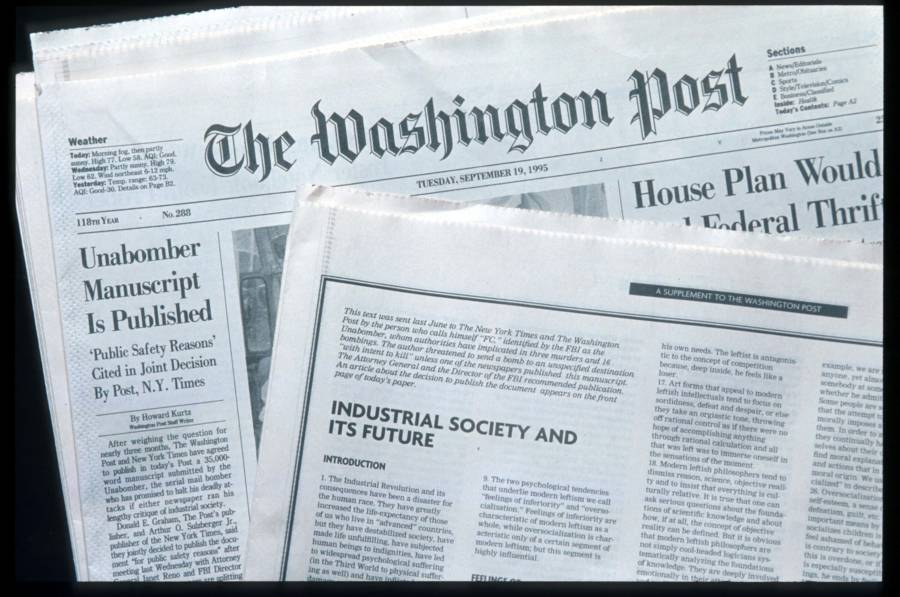 Evan Agostini/LiaisonThe Washington Post printed the Unabomber’s manifesto on Sept. 19, 1995 at the request of Attorney General Janet Reno and the FBI.

He pointed to the automobile — once a luxury and now a necessity — to argue that “advancement” eroded personal freedom and created new norms that individuals had to adopt in order to remain in society. He argued that “progress” in the political, economic, and media structures, would destroy individuality and ecological stability. He attacked “leftism” and the push for “social reforms.”

He questioned the ability of even well-meaning individuals to resist the negative consequences of technology. He accused moralistic media of being propaganda that blinded people to the reality of their own motives. The only solution to such a dystopia, the Unabomber concluded, was violent resistance.

Before Industrial Society and Its Future‘s publication, the media reported that the Times and the Post had received a manifesto from the Unabomber railing against modern technology. In the late summer of 1995 at their home in Schenectady, New York, Linda Patrik, David Kaczynski’s wife, asked her husband, “Has it ever occurred to you, even as a remote possibility, that your brother might be the Unabomber?”

Andrew Lenoir
Andrew Lenoir is a writer and historical researcher published in Atlas Obscura and Mental Floss, as well as the proprietor of Ellipsis Rare Books.
You might also like
Report a bad ad experience
×
Follow hu On