Searching For The Unabomber: The Biggest Manhunt In FBI History

David Kaczynski was taken aback. His wife had never even met his reclusive sibling. How could she accuse him of terrorism? But his wife pointed out the fixation on technology and its impact on society as the same things that his brother was obsessed with, the same beliefs she’d heard David and his mother attempt to understand at countless worried family meetings.

Ted Kaczynski was disturbed, David knew, but he wasn’t violent. He couldn’t be the Unabomber. Still, if only to change the subject, he promised to read the manifesto when it was released.

A few days later, after reading Industrial Society and Its Future, David was unconvinced. His brother had never been particularly political, even at Berkeley. For all his love of nature, he wasn’t even much of an environmentalist. At the end of his first reading, David first concluded that there was “maybe one chance in a thousand that Ted might have written it.”

But his wife remarked that one in one thousand was still too close for comfort. Reluctantly, David agreed.

Over the next few months, the couple pored over the manifesto and compared it to the letters Kaczynski had sent his brother before their falling out. Finally, David acknowledged, there was a “50-50” chance his brother was the Unabomber. At that point, they called the FBI.

Despite being the longest and most expensive investigation in FBI history, by the early 1990s, the FBI was at this point no closer to catching Kaczynski than they had been when the bombings started in 1978.

In 1987, a witness had briefly caught a glimpse of the Unabomber dropping off one of his bombs at a Salt Lake City parking lot and provided the FBI with a description. Unfortunately, she had seen Kaczynski from across a parking lot and he had been wearing sunglasses and a hooded sweatshirt. He had also shaved his beard down to a mustache.

Kaczynski was meticulous in his efforts to avoid capture. He rarely went into public without a disguise. He even planted false evidence — like a couple of hairs he’d picked up at a bus station — in one device’s electrical tape. But, in the end, what would give Kaczynski away was his ego.

On April 3, 1996, Ted Kaczynski was sitting in his cabin with a loaded gun near his side when a voice from outside called. The Forest Service wanted to talk to him about the border of his property line, a topic Kaczynski was eager to angrily discuss. As he walked out the door, a pair of federal agents immediately arrested him. This was more fortunate than they could have known. 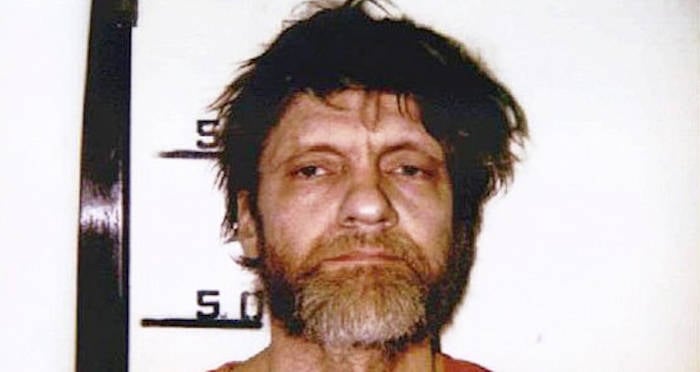 Attached to a string beside Kaczynski’s bed, there was an incendiary device designed to set his cabin on fire, in turn destroying all his journals and other evidence. He’d planned to grab his gun and run, if ever cornered, north through the dense forest, recovering stashes of food, ammunition, and other supplies he had buried in hiding places he memorized until he made it into Canada.

Although it was not part of his escape plan, the enormous amount of evidence was not the only thing spared from the flames. Underneath Kaczynski’s bed, there was another bomb, ready to mail, which would have detonated in the conflagration.

Along with this bomb were books on anthropology, history, metallurgy, and chemistry. Investigators found jars of bomb-making equipment, a typewriter, and the original copy of Industrial Society and Its Future. They also found 30,000 pages of diary entries dating back to the early 1970s written in English, Spanish, and other parts in a code.

Cryptographers were impressed by the complexity of Kaczynski’s cipher which was made all the more difficult to decrypt by his use of intentional misspellings, lack of apostrophes, and random use of spacing. 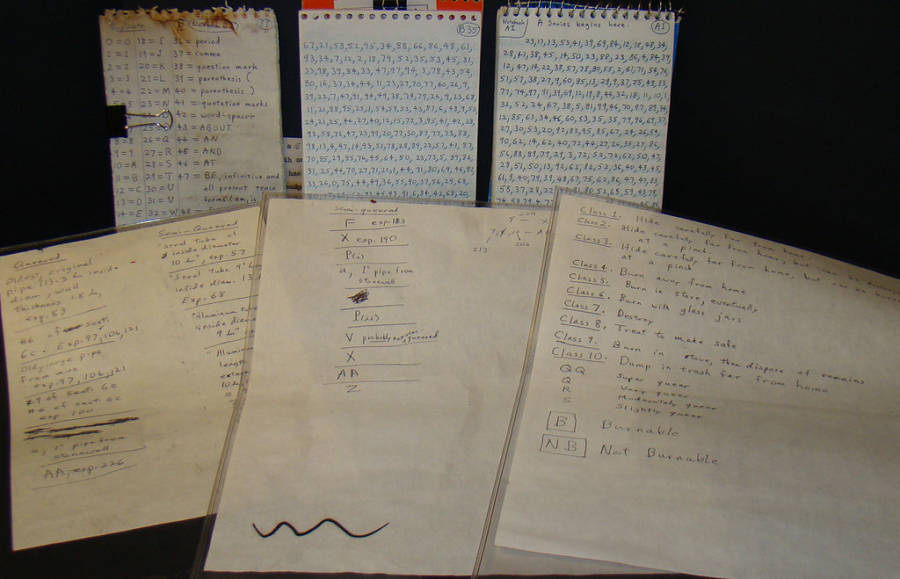 The code was so complicated, in fact, that Kaczynski could not remember it on his own. As a result, along with his other writings and journals, investigators found the solution key to the code which then gave them access to what amounted to the Unabomber’s decades-long confession.

Although Kaczynski was in custody and the FBI had enough evidence to take the case forward, they had not planned on the difficulties this trial would present.

Kaczynski’s defense attorneys, against his wishes, prepared a convincing insanity defense. Their key piece of evidence would be Kaczynski’s cabin and argued that no sane person would willingly spend 25 years in the brutal Montana winters in such a small and rudimentary structure.

To sell their case to the jury, the defense planned to have the cabin transported to the court for jurors to walk through so that they could appreciate just how awful and uncomfortable the Unabomber’s lifestyle must have been. This presented the prosecution with a problem: they hoped to pursue the death penalty, an impossibility if Kaczynski was declared insane. 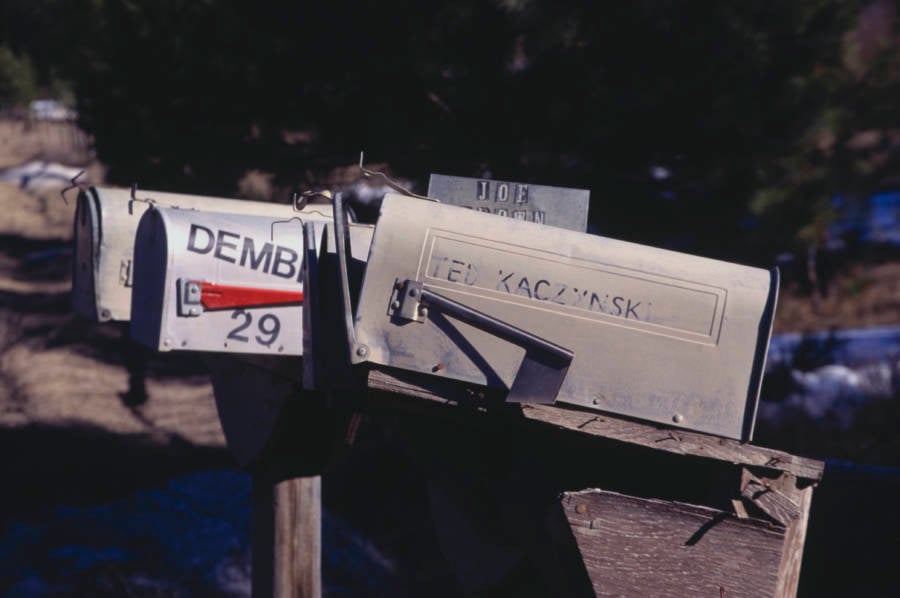 The trial opened on Jan. 8, 1998. But, despite nationwide anticipation, it never really started.

Angered by the insanity plea plan, Kaczynski tried to fire his defense team. Although this meant risking the death penalty, that mattered less to Kaczynski than preserving his name. If society labeled him crazy, it meant his ideas and his manifesto could be ignored. So long as he was officially sane, he reasoned, it would be harder to dismiss his arguments, a goal so important to him he requested to serve as his own attorney. He was denied.

On Jan. 16, Dr. Sally C. Johnson, the prosecution’s psychology expert, wrote her report on Ted Kaczynski’s mental state after speaking with him for 22 hours. Although she determined that he was coherent and mentally fit to stand trial, she also concluded that his obsession with purported parental abuse and technology were delusional beliefs consistent with paranoid schizophrenia.

Further, given that he was in his early to mid-20s when his delusions started, which is also the same age that most schizophrenics begin to experience symptoms, it seemed likely that Kaczynski was in fact deeply mentally ill.

Knowing that they could not secure the death penalty, the state offered Kaczynski a plea deal. In exchange for a guilty plea, he would avoid the death penalty and the declaration of insanity. Kaczynski agreed, and on Jan. 22, 1998, he pled guilty to 13 charges. He was given eight life sentences without the possibility of parole. 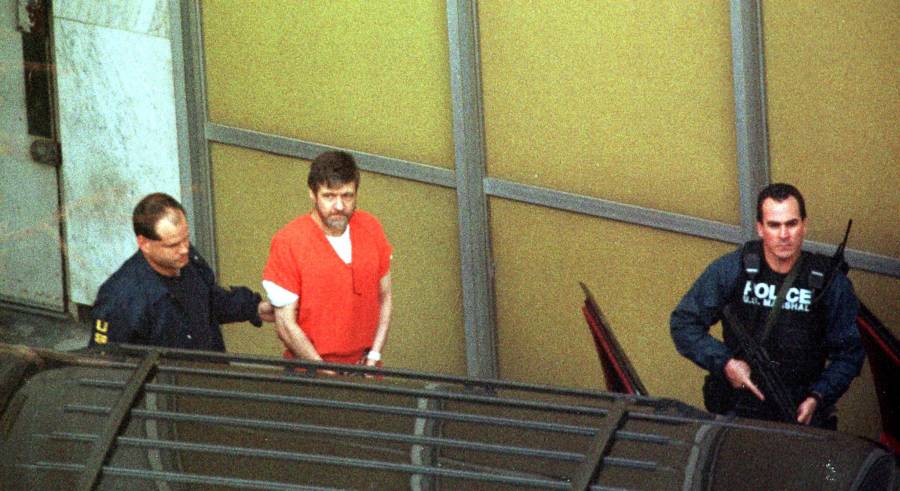 Bob Galbraith/AFP/Getty ImagesTheodore Kaczynski is lead out by armed US marshals at the Federal Courthouse.

For the last 21 years, Ted Kaczynski has been incarcerated at ADX Florence in Colorado, a.k.a. “The Alcatraz of the Rockies.”

He maintains a steady correspondence with the curious and with admirers, and has, to date, published two books from prison including the 2010 anthology Technological Slavery with a professor from the University of Michigan-Dearborn.

Although surrounded by the Rocky Mountains, Ted Kaczynski never sees them as his few glimpses of nature come only through a skylight in his cell. Apparently, he does not mind the solitude.

Ironically, Ted Kaczynski’s former home has more than its fair share of visitors. The infamous “Unabomber Cabin,” built as an escape from society, was sold at an auction in 2006. Today, it resides at the Newseum in Washington D.C. where it is one of the most popular features of the “Inside Today’s FBI” exhibit.

If you enjoyed reading about Ted Kaczynski, a.k.a. the Unabomber, then learn more about his brother, David Kaczynski. Then, for more on the FBI’s 17-year investigation, check out James Fitzgerald, the man who eventually brought the Unabomber’s 18-year terror streak to an end.

Andrew Lenoir
Andrew Lenoir is a writer and historical researcher published in Atlas Obscura and Mental Floss, as well as the proprietor of Ellipsis Rare Books.
You might also like
Report a bad ad experience
×
Follow hu On