Photo Of The Day: Texas Man Sues Car Dealership For $1 Million For Selling His Truck To Syrian Rebels 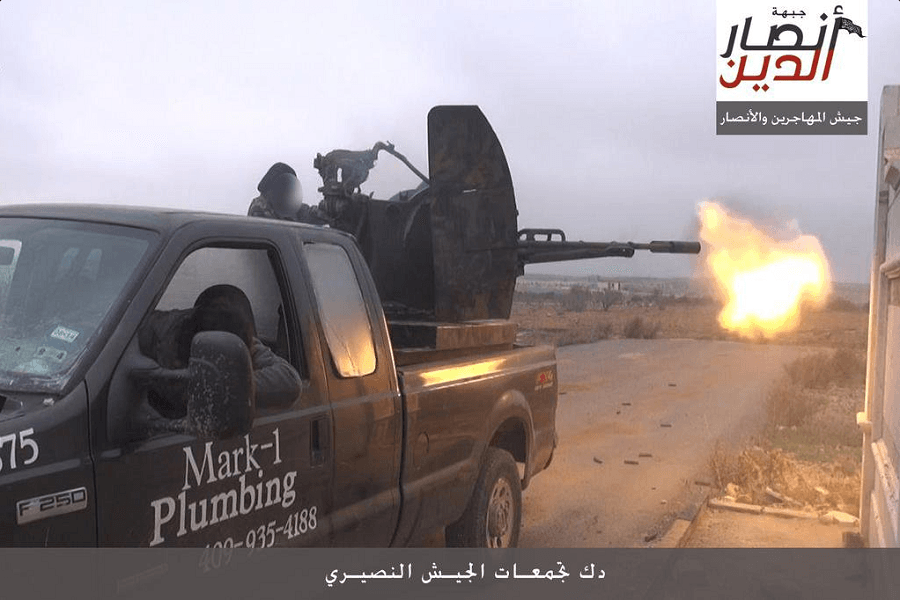 Nearly a year ago today, a Texas plumber’s life irrevocably changed for the worse after one of his company’s pickup trucks popped up in the last place he’d ever expect: the front lines of the Syrian Civil War.

Mark Oberholtzer, owner of Mark-1 Plumbing in Texas City, Texas, went to a local Ford dealership in October 2013 to trade in his old F-250 for a new one. Before he left, his son tried to remove the company decal from the front door, but the salesman at the dealership told him not to bother, because it would ruin the paint. So Oberholtzer left the truck with the company name and phone number still plastered on the front door and drove off in his new vehicle, presumably thinking that was the last he’d ever hear of that truck.

One year later, Oberholtzer was startled to find that the truck had resurfaced in Syria. The dealership had sold the truck in November 2013 and shipped it to Turkey. On December 15, 2014, a journalist named Caleb Weiss wrote a story for the Long War Journal and tweeted a picture of Syrian militants driving in an F-250 with an anti-aircraft gun mounted on the back. It also had the Mark-1 Plumbing logo and phone number on the front door.

“By the end of the day, Mark-1’s business phone, and Mark’s personal cell had received over 1,000 phone calls from around the nation,” Oberholtzer’s lawsuit against the dealership reads. “These phone calls were in large part harassing and contained countless threats of violence, property harm, injury and even death.” Oberholtzer both armed himself (on the advice of the FBI and Homeland Security) and left town for nine days because of threats against himself and his family.

Since the Emmys, Oberholtzer claims that not a day has gone by that he hasn’t had upwards of 100 phone calls regarding the photograph. His business’ reputation and bottom line have been severely damaged. And for all this, Oberholtzer is asking for $1 million. The lawsuit was filed last week and Oberholtzer is now awaiting his day in court.