The Raid On The Pagoda 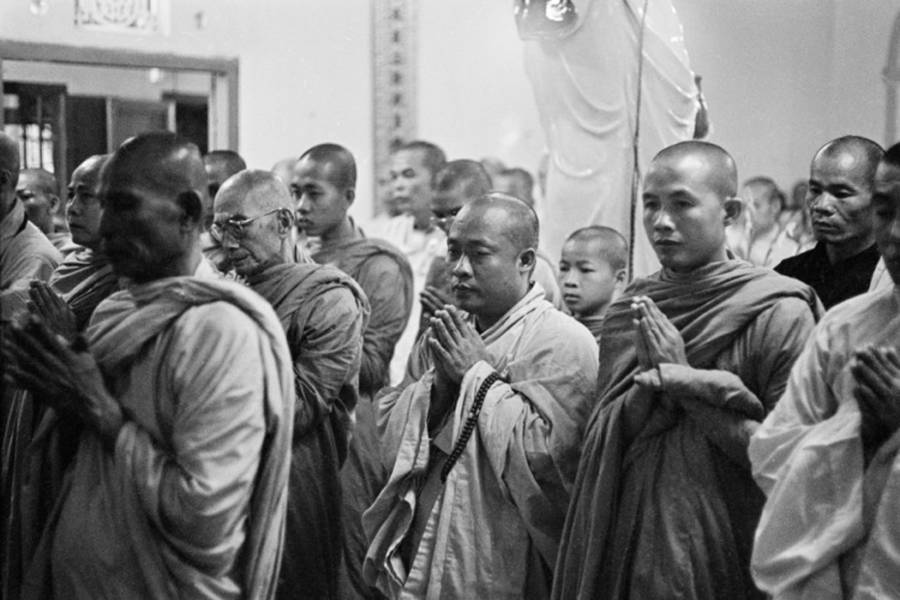 When the fire died out, the monks covered Thich Quang Duc’s body with yellow robes, put it in a wooden casket, and carried it back to the pagoda.

The body of the “Burning Monk” didn’t leave alone. Though Thich Quang Duc had arrived with 350 men, a crowd of more than 1,000 followed the body away from the scene — some monks, some civilians, and some even police officers who’d been moved to abandon their posts.

At the pagoda, his body was cremated. By 6:00 PM, the pagoda was surrounded by police. They came in armored vehicles, rifles in their hands and riot gear on their bodies, and swarmed the monks inside. Thirty-six were dragged out, arrested, and charged, in the end, with holding a prayer meeting on the street.

But it was already too late. Thich Quang Duc’s self-immolation photograph was already on its way to the United States. Malcolm Browne had already sent the photo off to be transported by what he called a “carrier pigeon” — an undercover passenger on a plane smuggling out his roll of film. By the morning, Thich Quang Duc’s burning body would be on the cover of papers around the world.

The “Burning Monk” photo would change the course of history – but even it, Browne would later say, was nothing compared to the experience of actually being there. The “Burning Monk” photo was missing, he said, “the smell of gasoline and diesel and the smell of burning flesh”, and, with it, “the wailing and misery of the monks” that filled his ears.