The “Burning Monk” Photograph That Changed The World 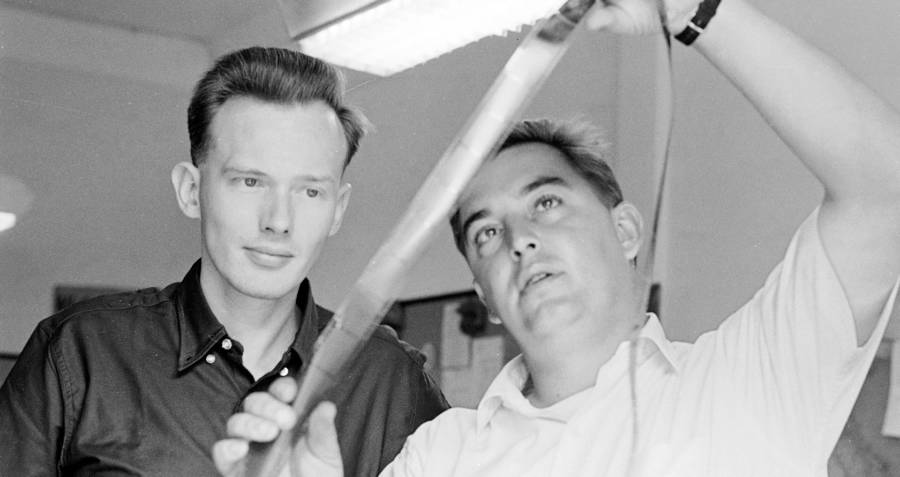 Manhai/FlickrMalcolm Browne, on the right, helps a fellow AP photographer while he examines a photo reel. Saigon, South Vietnam. April 3, 1964.

For all his eloquence,John F. Kennedy’s first response to seeing Thich Quang Duc’s burning body was much simpler. Reportedly, when the “Burning Monk” photo landed on his desk, the president only spit out the words “Jesus Christ!”

Suddenly, Vietnam’s problems weren’t just their own. This was an international incident.

President Diem, originally, had planned to do little in response and simply hope that the Buddhist crisis would die down — but the Americans wouldn’t stand for it. The U.S. ambassador to Vietnam started putting pressure on Diem to meet the Buddhists’ demands, while Secretary of State Dean Rusk directly threatened to public renounce him if he didn’t do it.

Diem bowed to the American pressure — but for many, it wasn’t enough. It was widely believed that he had no plans to go through with his promises to deal with the Buddhist crisis.

Furthermore, his own family’s callousness to Thich Quang Duc’s death kept the people against him. Rumors even got out that Diem’s sister-in-law, Madame Nhu, had joked that she would “clap hands at seeing another barbecue show,” and many believed that Diem agreed.