The Spark That Helped Topple A Government 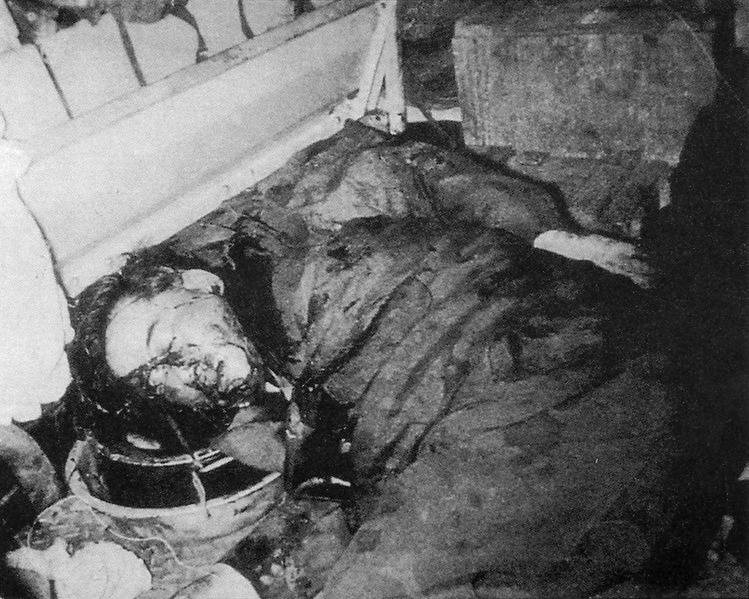 Wikimedia CommonsThe dead body of President Diem lies in the back of a carrier. Saigon, South Vietnam. 1963.

After the “Burning Monk” immolation, President Diem’s days were numbered. Vietnamese nationalists led by General Duong Van Minh started plotting to overthrow him, and the United States backed them up. General Minh met with CIA operatives who encouraged him and promised they wouldn’t get in his way.

Diem wouldn’t live to see the New Year. On November 1, 1963, Minh and his co-conspirators attacked. There was little resistance. Only a handful of people still supported Diem enough to stand in their way.

Diem and his brother tried to escape through an underground passage hidden in their Catholic church, but they didn’t get far. They were found before sunrise, dragged into the back of an armored carrier, and shot dead.

With a single spark, Thich Quang Duc had helped topple a government.

The Legacy Of Thich Quang Duc 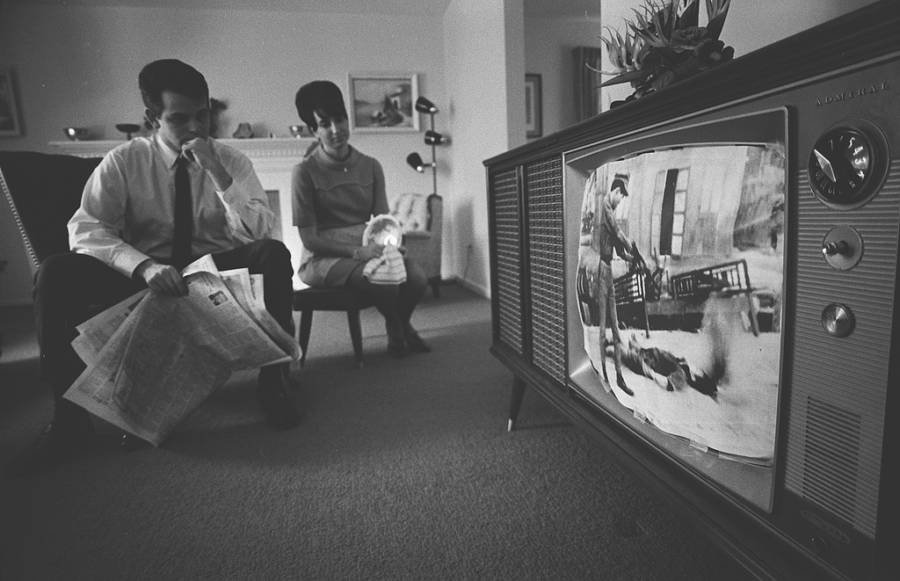 Today, the “Burning Monk” photograph is remembered as a symbol of rebellion and resistance — but perhaps it means more than that. Thich Quang Duc’s burning body was more than just a symbol. It was the spark that, according to one of Kennedy’s advisors, “set in motion a series of crises” that ended up bringing America into the Vietnam War.

North Vietnam capitalized on the chaos following the immolation and the overthrow of Diem. Ho Chi Minh responded to Diem’s death by saying, “I can scarcely believe the Americans could be so stupid,” and the conflict between the two countries ramped up. In less than two years, America would enter the war in Vietnam. 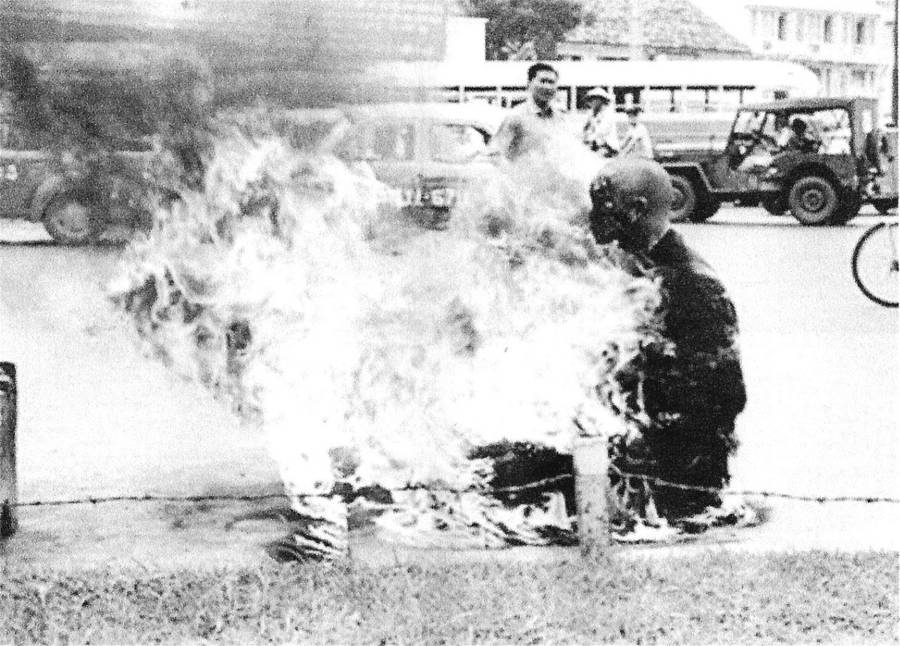 Wikimedia CommonsAnother monk follows in Quang Duc’s footsteps and immolates himself on the streets of Saigon. Saigon, South Vietnam. October 5, 1963.

Elsewhere, Thich Quang Duc sparked something in people around the world. Five more monks in Vietnam would follow in his footsteps, burning themselves alive in protests.

And even on the other side of the world, five Americans would immolate themselves in protest of the Vietnam War that Thich Quang Duc had inadvertently drawn them into. Those protests would have an impact, too, and in time, America would pull itself out of the war in defeat.

It’s a chain reaction whose effects are still being felt today, all started by a single spark lit by a monk sitting on a cushion in the streets of Saigon. Deliberately or not, Thich Quang Duc’s death changed more than just one life. It changed the whole world.

After this look at Thich Quang Duc, the “Burning Monk,” explore the stories behind the other iconic photographs of the Vietnam War era: the Saigon execution photo and the scared child known as “Napalm Girl”.