'Thug' is an oft-used derogatory term, and it turns out the Thuggees of India were actually pretty horrible people. 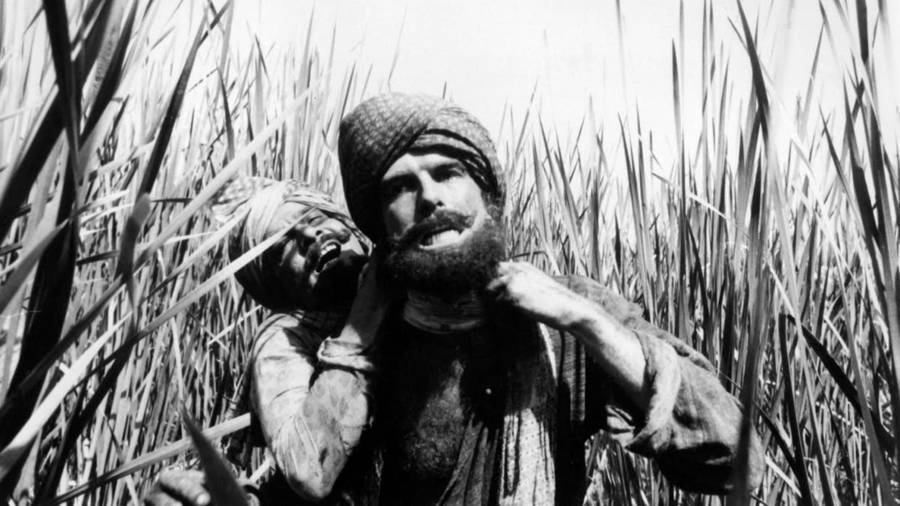 Scene from The Deceivers.

The word “thug” has been in the American lexicon for a long time, but the origins of the word date well past even the founding of the United States. “Thug” finds its roots in the Hindi word “thag,” which translates into “thief,” and the Sanskrit word “sthagati”, which means to conceal.

The first reference to thugs dates back to the writings of Ziau-d din Barni, a Muslim political thinker and writer, in 1356.

The original thugs were members of the Thuggee tribe, a professional class of organized criminals who swindled, robbed, and murdered travelers across the Indian subcontinent from as early as the 14th century. Tracing their origins back to seven Muslim tribes, both Muslim and later Hindu members worshipped Mother Kali, the goddess of destruction.

The Thuggees would join caravans as fellow travelers, gaining their trust until they reached a remote place where it would be safe to attack.

At times, different members would secretly join at different legs throughout the journey, pretending not to know each other, until the Thuggees outnumbered the caravan’s travelers. They would then rob and murder the caravan members. The typical method of murder was strangulation, usually with nooses, leading the British soldiers to nickname them “phansigars” or “noose-operators.”

Once the travelers were dead, the Thuggee members would then dispose of the bodies before stealing the caravan’s belongings and escaping. Various historical estimates place the number of their victims somewhere between 50,000 to 2 million people over the years.

It was largely a hereditary profession with membership being passed down from fathers to sons. However, in some cases, the Thuggees spared the lives of young caravan members, instead adopting them and grooming them to become a part of the Thuggee class, and it was not unheard of that an outsider could befriend and then be recruited by members of the Thuggee tribe.

It wasn’t until the 1830s when the British governor-general of India, Lord William Bentinck, and Captain William Sleeman – British soldier and civil servant – worked to eradicate the Thuggee threat in India.

Relying on captured informants, they were able to try, convict, and sentence around 2,000 Thuggee members. Despite British claims that the Thuggee criminals had been all but erased from India by the 1870s, they remained pervasive in the cultural conscience of the British. English and later American writers in the 19th century continued to write about the Thuggee class and were responsible for introducing the word “thug” to the wider English speaking population.

While the word has morphed over time, adopting different nuances and cultural significance, the original conception of a thug as someone who operates outside the law has changed little in the last few hundred years.

After reading about Thuggees and the origin behind the word thug, read how common words we all use came to be. Then check out these interesting history facts that’ll blow your mind.