A New ‘Dwarf Dinosaur’ Species Has Been Unearthed In Transylvania

Transylvanosaurus only grew to be about six-and-a-half feet long and lived alongside prehistoric crocodiles and turtles. 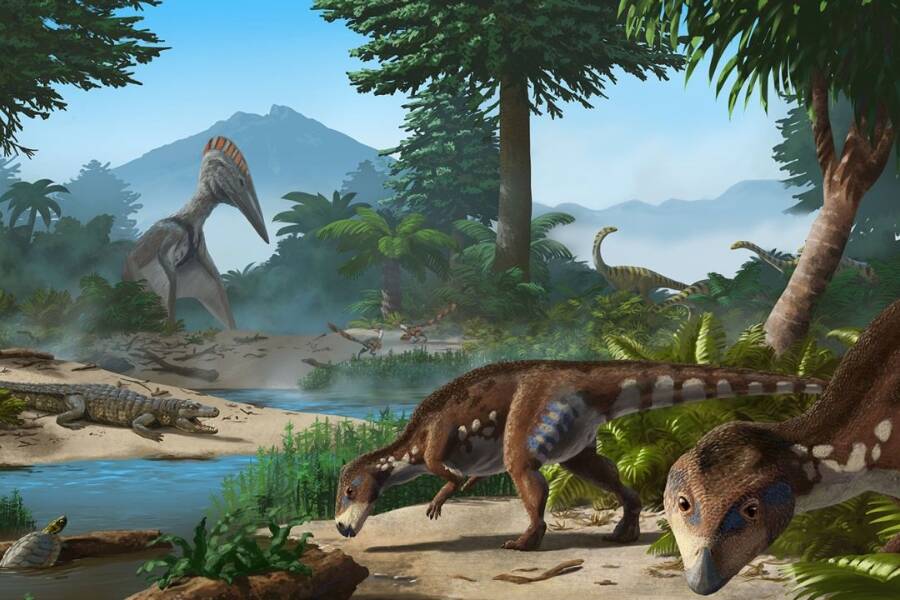 Transylvania is most famously known as the land of Dracula. But according to a group of researchers who recently identified some dinosaur bones found there, a “dwarf dinosaur” species once roamed prehistoric Transylvania, making its claim on the land long before the vampiric count did.

Dubbed Transylvanosaurus platycephalus in a study published with the Journal of Vertebrate Paleontology, the newly discovered species was a member of the herbivorous Rhabdodontidae family that lived around 70 million years ago during the Late Cretaceous Period.

Based on bone fragments the researchers found, T. platycephalus measured roughly six-and-a-half feet long, walked on two legs, and had an incredibly powerful tail. It also had a uniquely wide, flat head, as reflected in its scientific name, which literally translates to “flat-headed reptile from Transylvania.”

The Late Cretaceous Period was a time after the Pangaea had split into multiple continents, and what is now Europe was once a series of tropical islands similar to the modern-day Galápagos. The region of Romania in which the “dwarf dinosaur” bones were found was, at the time, its own small tropical archipelago.

The discovery of this “dwarf dinosaur” species offers further support for what’s known as the “island rule” — a theory that suggests large animal species who evolve on islands are notably smaller than their mainland counterparts. At the same time, smaller species on these isolated islands grow larger than their counterparts.

The reason for this is still largely unknown, but could have something to do with limited resources.

As study coauthor Felix Augustin tells CNN, “Almost every terrestrial animal on this island was pretty small. An exception were the pterosaurs, some of which reached gigantic body sizes — the reason for this is probably that they could fly and thus were not as severely impacted by the limited resources on the island.”

The team didn’t find any bone fragments longer than about five inches, but they were able to determine a startling amount of information about this prehistoric creature — including the contours of its brain.

“We were able to see the impressions, and thus the proportions, of different brain sections — more specifically, of the olfactory bulbs (the brain section responsible for the sense of smell) and the cerebrum, which serves several different functions from sensory processing to memory,” Augustin said.

“The next step would be to compare the proportions of the brain and eye to other related species,” he continued. “This may give information on what senses were important to Transylvanosaurus.” 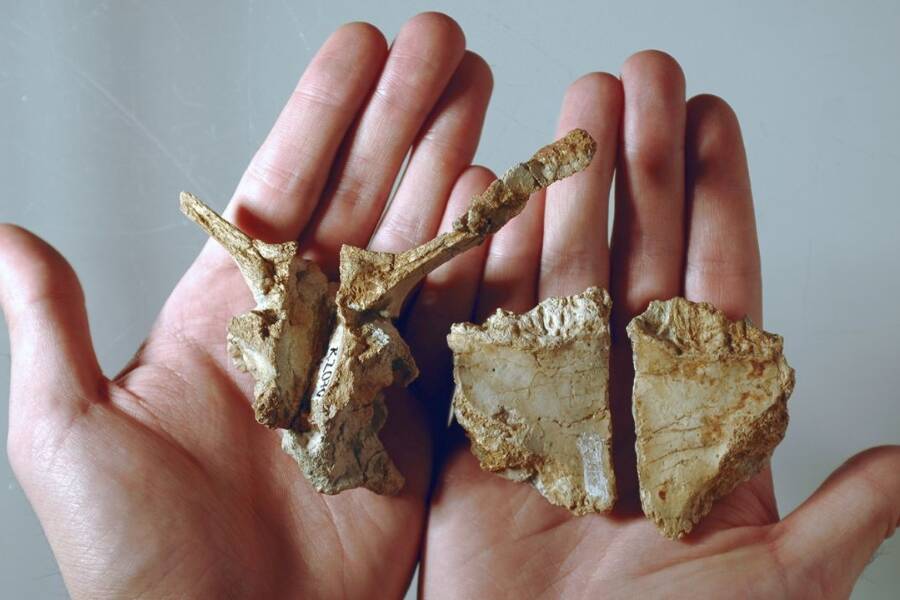 The good condition of the bones after tens of millions of years was also fortuitous. They had been preserved by the sediment of a prehistoric riverbed.

“If the dinosaur had died and simply lain on the ground instead of being partly buried, weather and scavengers would soon have destroyed all of its bones, and we would never have learned about it,” Augustin said.

“That is unusual. When we do find something, there are often only a few bones,” Zoltán Csiki-Sava, whose team found the bones originally back in 2007, said in a statement. “Nevertheless, even these can sometimes yield amazing news – such as with Transylvanosaurus now.”

The bones were found in a riverbed of the Haţeg Basin in Transylvania, which has proven to be one of the most important areas for the discovery of Late Cretaceous vertebrates in Europe. So far, ten separate dinosaur species have been identified in the region.

T. platycephalus would have lived alongside other dwarf dinosaurs, crocodiles, turtles, and flying pterosaurs with wingspans reaching up to over 30 feet, and according to a statement from Augustin, the islands that made up modern-day Europe had a more diverse species population at the time than commonly thought.

“With each newly-discovered species, we are disproving the widespread assumption that the Late Cretaceous fauna had a low diversity in Europe,” he said. In fact, Rhabdodontidae were the most common small and mid-sized herbivores in Europe during the Late Cretaceous Period — but it’s unclear how they reached such a far East location.

One theory put forth by the team says that T. platycephalus may have originated in what is now France and spread out from there by swimming.

“[Transylvanosaurus] had powerful legs and a powerful tail,” Augustin said. “Most species, in particular reptiles, can swim from birth.”

Another theory suggests that Rhabdodontidae evolved in parallel in parts of both Eastern and Western Europe.

Regardless of its origin, the Transylvanosaurus’ discovery has provided researchers with significant insight into the fauna of the Late Cretaceous Period.

After reading about this tiny new dinosaur, read about the new dinosaur species that was found perfectly preserved in the “Cretaceous Pompeii.” Then, learn all about what killed the dinosaurs.