A Troop Of Terrifying Turkeys Have Been Terrorizing A Massachusetts Town

The turkeys, led by a ringleader named "Kevin," have been pecking, kicking, and swarming residents of Woburn, Massachusetts. 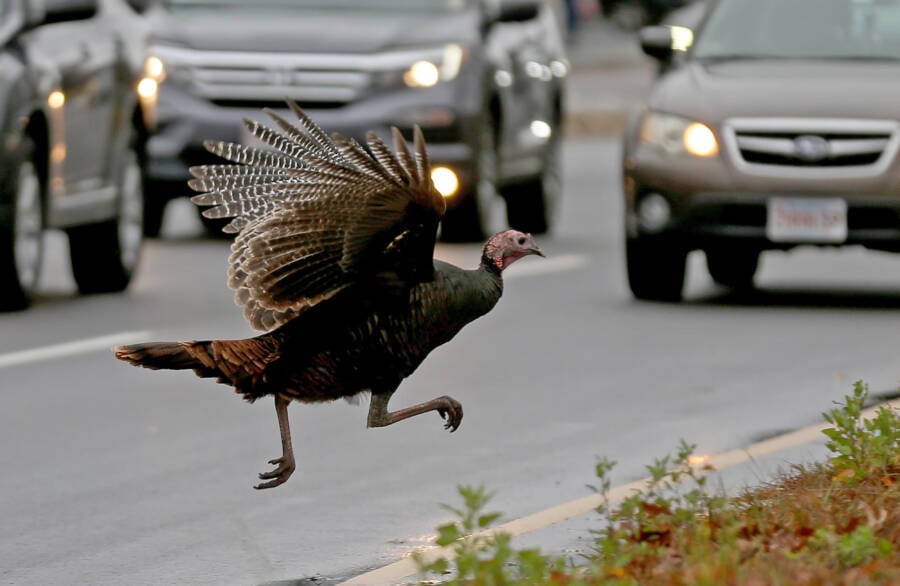 Matt Stone/MediaNews Group/Boston Herald via Getty ImagesA wild turkey (not confirmed to be one of the Woburn gang) crossing a busy street in Boston, Massachusetts, in November 2022.

The city of Woburn, Massachusetts, has struggled against a tenacious foe recently — a gang of five turkeys who’ve harassed residents to the extent that some are afraid to leave their homes.

“Some days it is frustrating,” Woburn resident Meaghan Tolson remarked to The Guardian. “I’ll be like, ‘Oh my God, there’s an Amazon package,’ and I can’t go get it, because the turkeys are there.”

As Tolson tells it, the turkey gang is made up of four females and an aggressive male. Tolson has dubbed him “Kevin” — and the females “Monica,” “Ester,” “Patricia,” and “Gladys” — and says that he is the ringleader.

“The women are more mellow and not so territorial,” she explained to The Guardian. “But I think he kind of amps them up to get them going to chase people. But they’re never the instigators. When Kevin’s not around they’ll actually just mind their business and walk away from you.”

As CBS News reports, residents of Woburn have had a number of harrowing encounters with the turkeys, who peck at everything from cars to children. 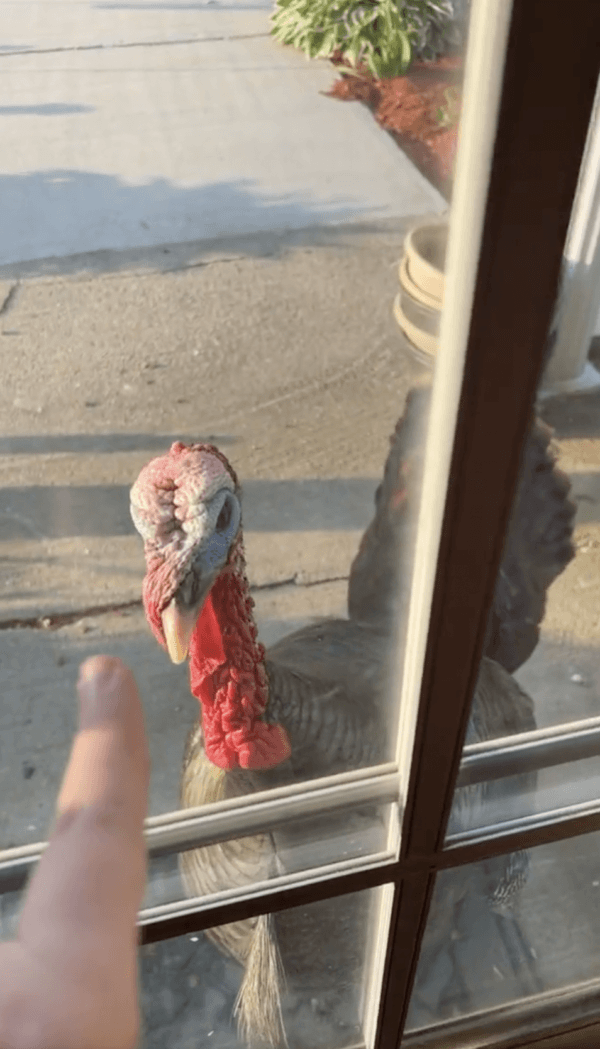 Meaghan Elizabeth/TwitterOne of the wild turkeys peers into a resident’s home in Woburn.

“They always go toward [my neighbor’s] car, so she will refuse to leave her house if they are going toward her car,” April Drolette told CBS News. “There have been times I’m trapped in my car, can’t get out, and have to call family members. They usually bring an umbrella. It takes a team.”

Tolson agreed. “They don’t let you out of your house,” she told The Guardian. “They peck at cars, they stop traffic. They go after kids on bikes. If you’re walking or jogging, or anything like that, they come for you.”

She added: “A lot of people will leave brooms or rakes at their front door so that they can get them out if the turkeys are there.”

Because the turkeys are only active during the day and generally nest up in trees or lamposts at night, according to The Guardian, Tolson has even taken to waiting until nightfall to leave her home.

“I’ve kind of adjusted over time to it,” she told The Guardian. “I know their routine now, so I can kind of work around [them].”

Indeed, Tolson has grown used to navigating around the aggressive turkey gang.

“When I don’t see them for a couple of days, I think, ‘Oh, no, someone has run them over,'” she told The Guardian. “I mean, yeah, they can be a pain sometimes. But, you know, they’re just turkeys.” 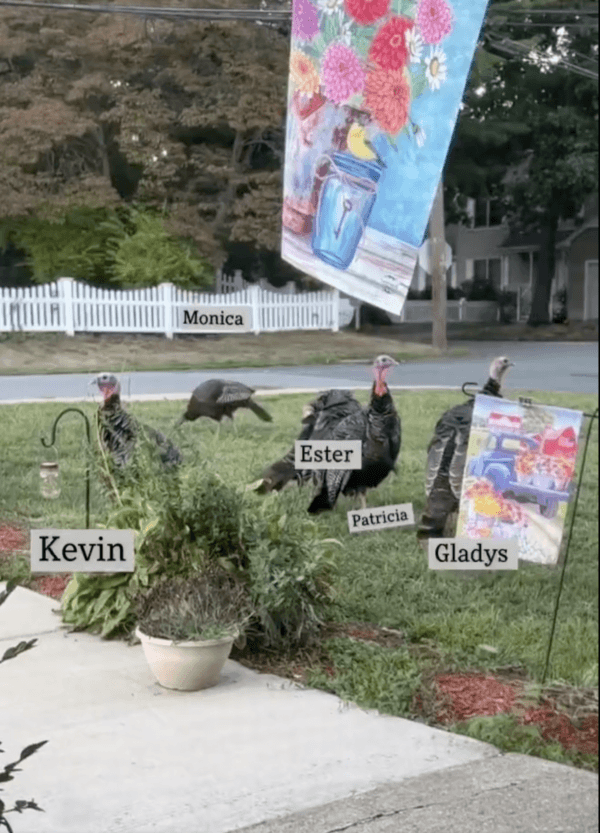 As The Guardian reports, turkeys are native to Massachusetts but died out in 1851 because of habitat loss. More than a century later, biologists reintroduced the birds to the state by trapping 37 turkeys in New York and releasing them in Massachusetts. The turkeys thrived, and now number between 30,000 and 35,000.

According to Mass Live, there are some techniques humans can use to deal with the aggressive birds. For example, people should not feed wild turkeys and they should keep bird feeders clean. Turkeys can be scared off by loud noises, like a hose spraying water, and shiny objects (like car doors) can make turkeys aggressive and so should be covered up or disguised.

According to MassWildlife, turkeys can become aggressive if people feed them or if they find food in bird feeders. Then, they start to see humans as part of their “flock” and try to “dominate” them.

“Turkey behavior starts to kick in where they become so habituated with people that they are not really seeing that distinction,” David Scarpitti of MassWildlife told CBS News. “It’s all about how they respond to the turkeys. If you turn and run away, now you are subdominant. He just won that battle.”

After reading about the turkeys terrorizing a Massachusetts town, see how residents of Yamaguchi, Japan, fought back against an infestation of monkeys. Or, see what happened with a herd of kangaroos descended on the Australian town of Maaroom.