Inside The Little-Known Story Of Laura Bullion, The ‘Thorny Rose’ Of The Wild Bunch

Laura Bullion worked as a prostitute before falling in with Butch Cassidy's Wild Bunch — and riding alongside them in the Old West until her arrest in 1901. 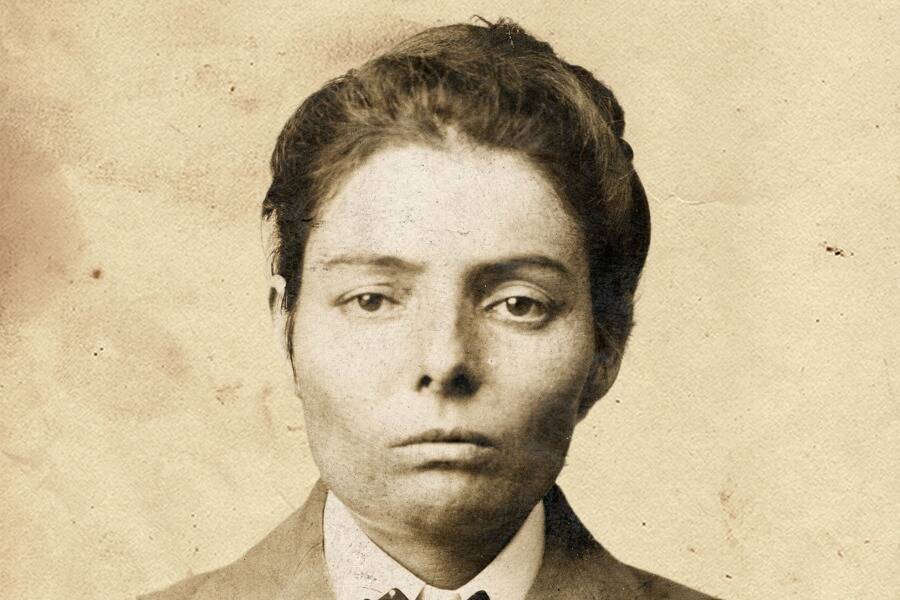 Public DomainLaura Bullion was one of five women who spent time with Butch Cassidy’s Wild Bunch outside of Fannie Porter’s brothel.

In November 1901, the Pinkerton Detective Agency finally tracked down the man they’d been hunting for months: Ben Kilpatrick, a member of Butch Cassidy’s Wild Bunch who was responsible for stealing banknotes from a train in Montana five months earlier. But Kilpatrick wouldn’t talk.

That’s when they searched his hotel room and came across his partner, Laura Bullion, suitcase in hand and on her way out the door. The suitcase wasn’t stuffed with a change of clothes, either. It was filled to the brim with stolen banknotes — the very same ones from the robbery in Montana.

Detectives now had two outlaws in their custody, but another question remained: Who was this woman?

This is the story of the only female member of the Wild Bunch, Laura Bullion.

Laura Bullion Was Surrounded By Outlaws Her Whole Life

Laura Bullion grew up in the town of Knickerbocker, Texas, born any time between 1873 and 1887 — she gave several dates throughout the years, though her death record lists her birthday as Oct. 4, 1876.

According to Old West, she was the daughter of Henry Bullion and Freda Byler, both of whom were known criminals. Henry came and went throughout her childhood, and Freda spent a good bit of her time with some rather unsavory gentlemen.

The job of raising young Laura then fell to Freda’s parents, Elliot and Selena Byler. Try as they might, though, the Bylers couldn’t manage to keep their granddaughter away from the life of crime her parents had fallen into.

At 15, Bullion left home and headed to San Antonio, taking up a job as a prostitute in the brothel of Madam Fannie Porter under the name Della Rose.

The brothel was a hotbed of crime, frequently receiving visits from some of the most notorious outlaws in Texas, including two men named Robert Leroy Parker and Harry Longabaugh — otherwise known as Butch Cassidy and the Sundance Kid.

Bullion caught the attention of another outlaw by the name of William Carver, and in a short time, the two began a relationship — despite Carver already having been married to Bullion’s aunt, Viana Byler.

The relationship didn’t last long, however, as Carver’s sights turned on another working woman at the brothel. That’s when his friend, Ben Kilpatrick, moved in on Bullion. 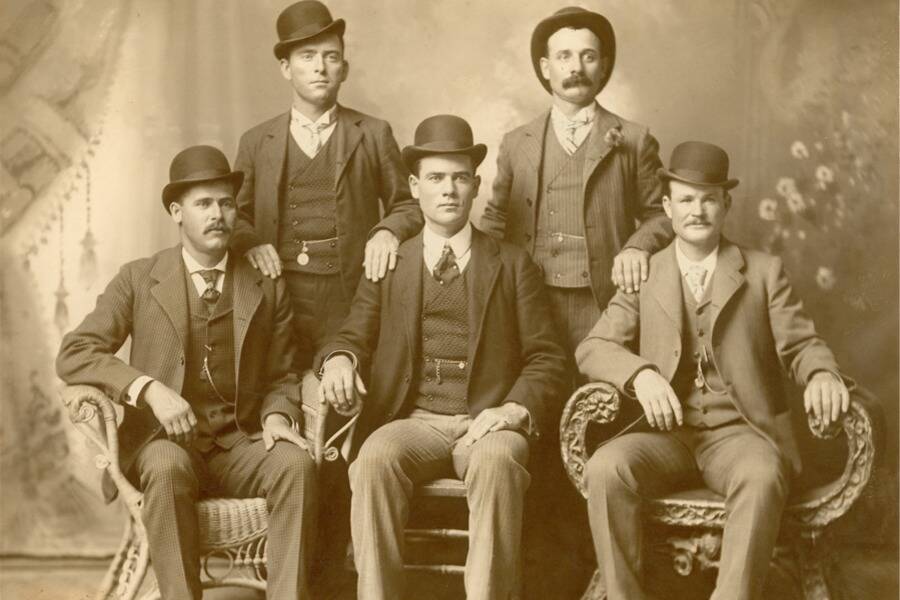 It was this new relationship with Kilpatrick that eventually led Laura Bullion to the Wild Bunch.

When Ben Kilpatrick joined the Wild Bunch in 1898, he and Laura Bullion packed their bags and moved to the gang’s hideout, the Hole-in-the-Wall, in Wyoming.

Not many women spent time with the Wild Bunch in their hideout. In fact, aside from Bullion, there were only four others: Etta Place, Maude Davis, and Josie and Ann Bassett, each of whom was in some way romantically involved with a gang member.

And though Bullion was in a relationship with Kilpatrick, it became quickly apparent that she was a masterful outlaw in her own right.

According to the Women’s History Network, Bullion helped the gang sell stolen goods, forge signatures, and gather supplies — but she had something that the others didn’t: camouflage.

Despite her apparent feminine charms, Bullion was often described as having a “masculine face,” which she later used to her advantage. 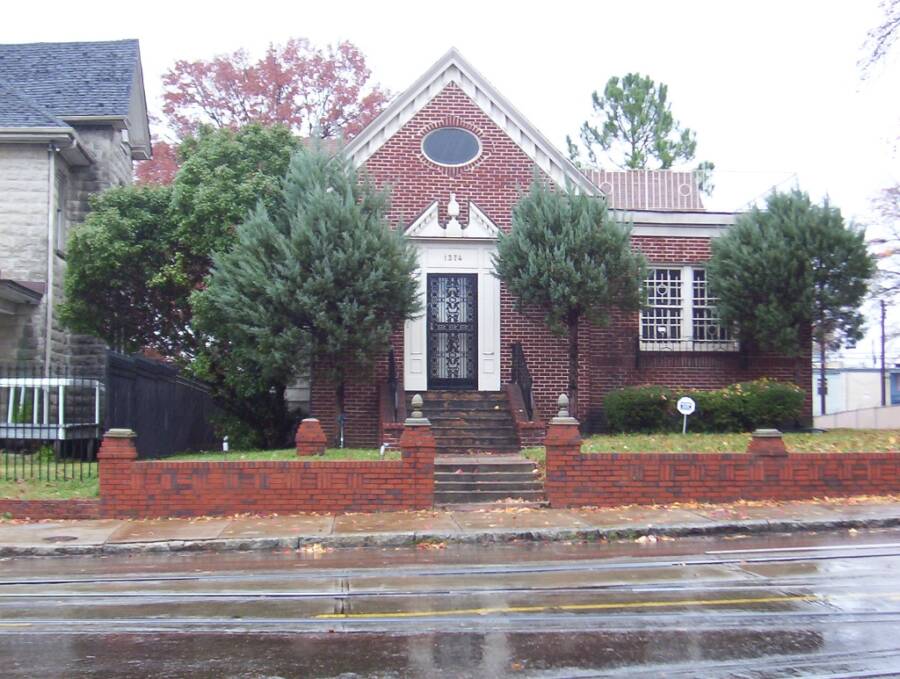 Wikimedia CommonsThe home in Memphis that once belonged to infamous outlaw Laura Bullion.

Being a woman already made her unsuspecting enough, but she became all but impossible to identify after she began dressing as a man during heists. If anyone reported a crime she was involved with, the law would have a hard time tracking down the “young man” who was seen.

For the better part of three years, she managed to skirt the law by, well, not wearing a skirt.

When members of Butch Cassidy’s crew took to calling Bullion the “Thorny Rose of the Wild Bunch,” they were designating her as a true outlaw, as deserving of the title as any of the men around her.

After Release From Prison, A Quiet Life In Memphis

Some papers made claims that Bullion was nothing more than a dutiful housewife going along with her husband’s criminal schemes out of obligation. Others painted her as a wild woman recklessly firing her guns while dressed as a man.

In truth, she never fired a single shot. She and Kilpatrick were tried separately, with Kilpatrick being sentenced to 15 years in prison and Bullion to five.

After serving three-and-a-half years of her sentence, Bullion was released in 1905. She petitioned hard for Kilpatrick’s early release and even rented out a room across from the prison that held him.

When he was finally released early in 1911, the couple’s reunion was cut short. Kilpatrick was immediately arrested again upon release for an 1897 murder in Texas, whereupon he was extradited to the Lone Star State to face his charges.

Those charges were dropped not long after, but tragically, Kilpatrick had his head split open by a railroad worker during a robbery only a year later.

For the next five years, Laura Bullion’s whereabouts remained a mystery. The next time anyone heard from her was in Memphis, Tennessee in 1918 where she assumed one final disguise. 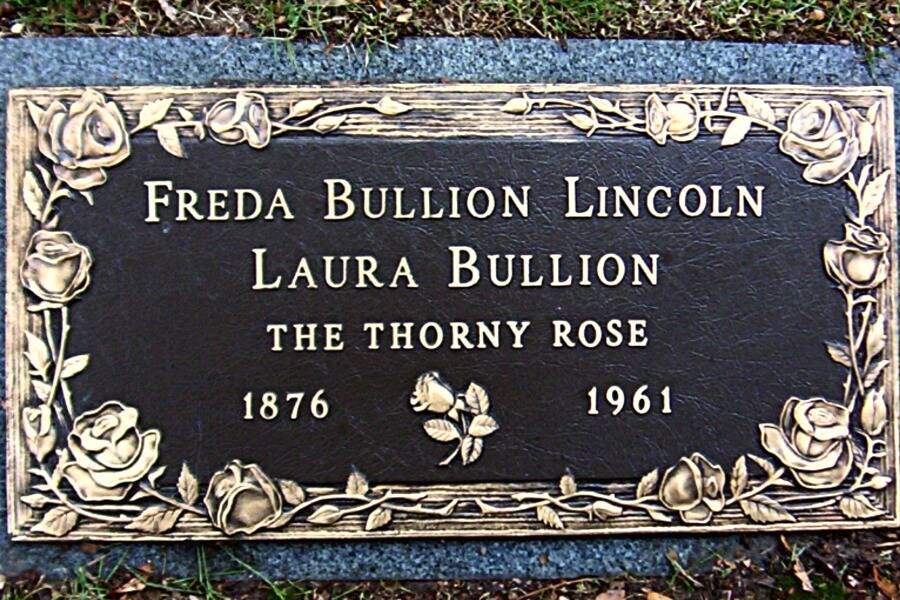 She told everyone she met that her name was Freda Lincoln and that her husband, a man she called Maurice Lincoln, died in World War I.

She lived out the rest of her days as a seamstress and dressmaker until her death in December 1961. Only a few people close to her knew about her time as the Thorny Rose of the Wild Bunch, but it is now forever commemorated on her tombstone so the world will never forget.

After this deep dive into the life of Laura Bullion, read about the other Wild West outlaws who terrorized the frontier. Then, read the incredible stories of nine Black heroes of the Old West.