This could be the first time in 300 years that a new human organ has been discovered. 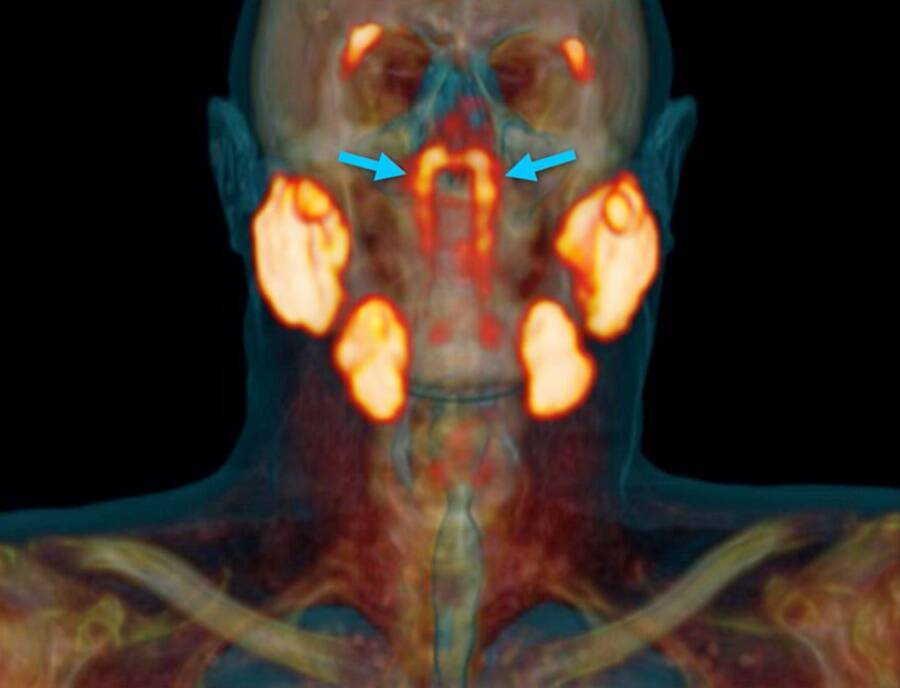 The Netherlands Cancer InstituteHigh-definition scan shows a pair of hidden glands tucked underneath the nasal cavity.

Even after centuries of study, our anatomy still holds some mysteries. For example, a group of researchers in the Netherlands just uncovered what they claim to be a previously unknown organ hidden inside our heads.

According to Science Alert, the team found a pair of unidentified organs inside the heads of hundreds of study patients. The “unknown entity” was found by accident while the doctors were examining prostate cancer patients using an advanced scanning method called PSMA PET/CT.

But the team found something unexpected: a set of salivary glands hiding at the rear end of the nasopharynx, which is the upper part of the throat behind the nose.

The study was published in the journal Radiotherapy and Oncology in September 2020.

It was a shocking discovery since traditional knowledge of the human anatomy up to this point dictated that humans only have three pairs of salivary glands. None were known to exist in the part of the head where the new organ was identified.

“As far as we knew, the only salivary or mucous glands in the nasopharynx are microscopically small, and up to 1,000 are evenly spread out throughout the mucosa,” explained radiation oncologist Wouter Vogel from the Netherlands Cancer Institute. “So, imagine our surprise when we found these.”

Humans use salivary glands to produce saliva, which helps us break down food and maintain the health of our digestive system. The bulk of the fluid is produced by three major salivary glands — the sublingual glands under the tongue, the submandibular glands in the jaw, and the parotid glands in front of the ears.

However, the newly discovered salivary glands are located close to the center of the head, right behind the nose and above the palate. It’s a difficult location to access without advanced tools.

Doctors detected the salivary glands while examining the PSMA PET/CT scans of 100 patients involved in their study. They were later also found during physical examinations of two cadavers, which revealed the shocking existence of microscopic drainage duct openings near the nasopharynx.

At first, the researchers couldn’t believe their eyes. But after performing thorough examinations on their patients and the pair of corpses, the team concluded that the organs were indeed a pair of salivary glands.

“The two new areas that lit up turned out to have other characteristics of salivary glands as well,” said Matthijs Valstar, a co-author of the study and an oral surgeon from the University of Amsterdam. “We call them tubarial glands, referring to their anatomical location [above the torus tubarius].” 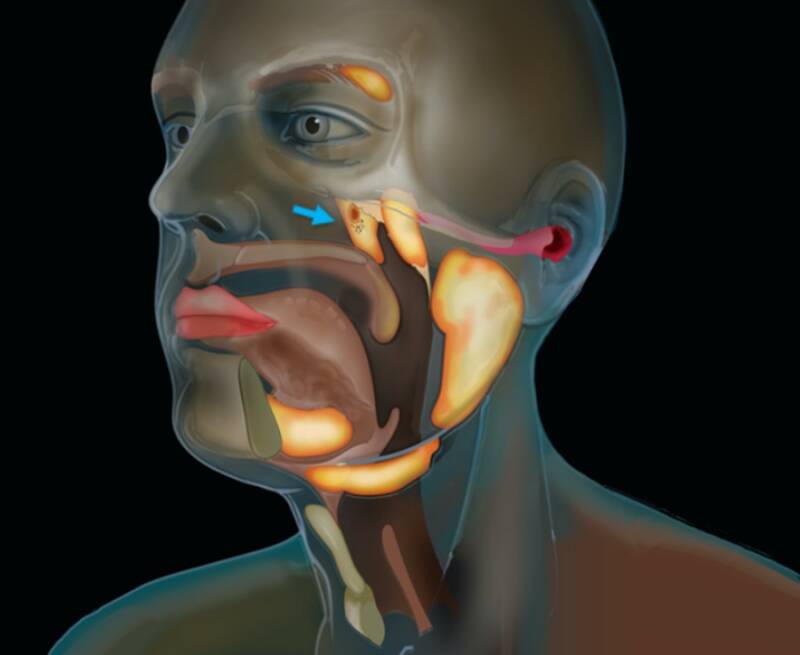 The implications of the group’s new study could be wide-reaching. Not only have they uncovered a new part of the human anatomy, but the discovery may have also advanced the field of oncology, which is the study and treatment of tumors.

Based on preliminary data from a retrospective analysis of 723 patients who underwent radiation treatment, it seems that radiation exposure to the tubarial glands region may result in greater complications for patients, including difficulty swallowing and speaking.

Salivary glands are incredibly susceptible to radiation, so finding this new pair of salivary glands means that doctors will be able to better protect cancer patients during treatment.

The notion that scientists found something new inside our bodies shouldn’t come as such as surprise, even though it’s been 300 years since the last time a new organ was discovered.

The finding was only possible due to the advanced screening capabilities of the PSMA PET/CT tool. Older technologies would not be able to detect the tubarial glands hidden underneath the skull.

But researchers caution the need for more studies before making this incredible finding conclusive since the patient group used in the study was not very diverse. Only those with prostate or urethral gland cancer were examined, so out of the hundreds of patients, there was only one woman.

“To have it one clinical data set is never enough,” said Yvonne Mowery, a radiation oncologist at Duke University who was not involved in the study.

Next, read about the study that showed how the human tongue can smell, which helps us to interpret flavors. Then, meet the Buddhist monk whose brain is eight years younger than his body — possibly thanks to meditation.