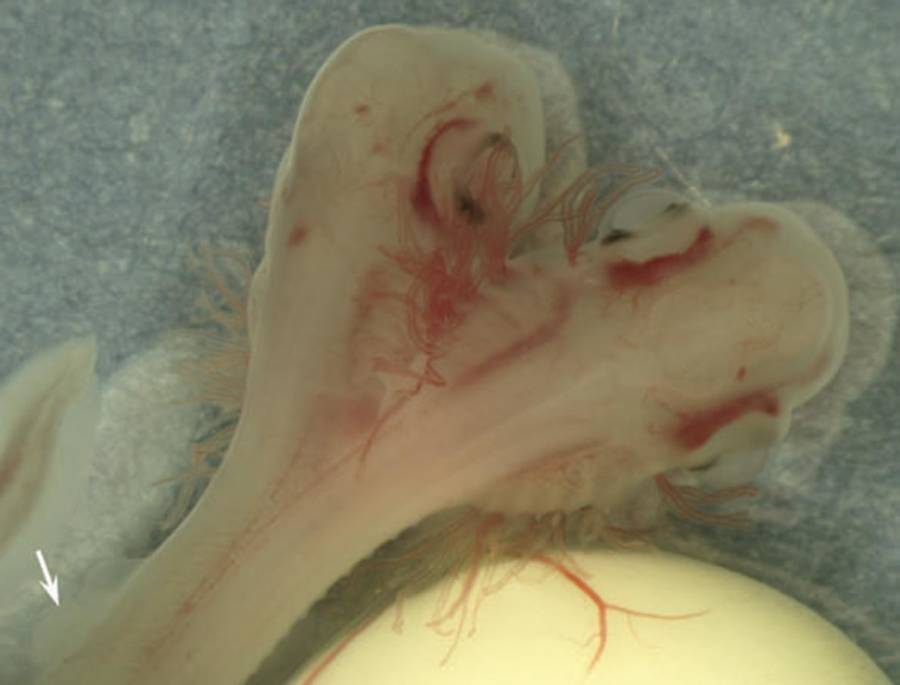 Encountering a shark in the sea is scary enough — now imagine that said shark has two heads.

Scientists have no idea why, but there has been a rash of sharks with two heads popping up in oceans worldwide.

Now, researchers in Spain who are growing sharks in a laboratory for human health research research have discovered a two-headed embryo of an Atlantic sawtail catshark (a threatened species native to the western Mediterranean) in a see-through egg, according to a new study in the Journal of Fish Biology.

The scientists behind the report found that the embryo had two heads — each with their own mouth, pair of eyes, brain, and gill openings — and two sets of stomachs and livers, but shared a single intestine.

Known as dicephaly, this condition is relatively rare but researchers have found it in nearly all corners of the animal kingdom. However, until now, scientists had never recorded dicephaly in true egg-laying sharks such as the Atlantic sawtail catshark — only in sharks that either bear live young or lay eggs that develop, before hatching, inside the mother.

In another study from earlier this year, Nicolas Ehemann, a marine scientist, examined the first two-headed sharks discovered in the Caribbean Sea after fishermen found them off Venezuela’s Margarita Island. He concluded that overfishing caused the gene pool to shrink, allowing two-headed fetuses to become more prevalent in nature.

Next, learn about these great white shark facts, check out why nearly 100 sharks washed up on an Alabama beach, before looking at how quickly a shark feeding frenzy can obliterate a whale.