Of the 7,500 patients infected, 4,800 of them had the blood clotting disorder hemophilia and contracted hepatitis C or HIV. 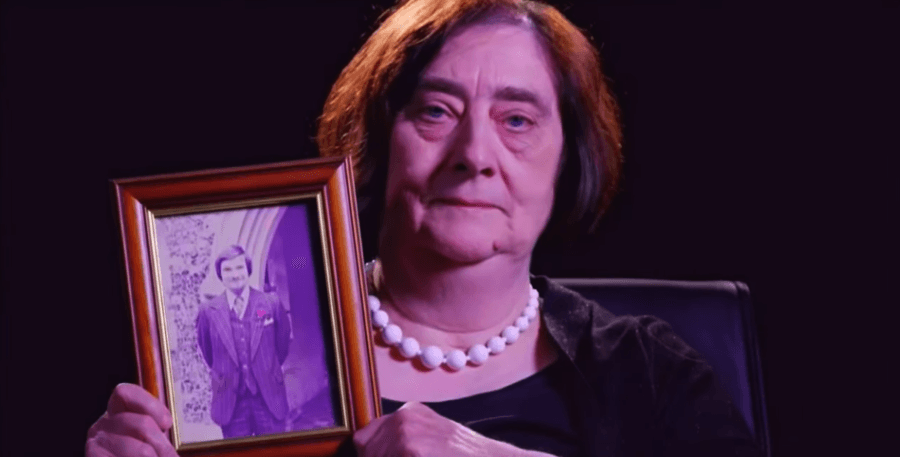 Youtube screengrabA family member of one of the late victims of the UK blood scandal.

In 1985, then 23-year-old Derek Martindale, a severe hemophiliac, contracted HIV and hepatitis C from contaminated blood products issued by the U.K.’s National Health Service (NHS). But his horrifying story is only one of 1,200 victims, many of whom were hemophiliacs like Martindale, that will be brought in front of a judge as investigations into the medical scandal commence.

During the 1970s and 1980s, 5,000 people with the blood clot disorder, hemophilia, became infected with hepatitis C and HIV after receiving contaminated blood products from the NHS. A total of some 7,500 patients were affected through transfusions or during childbirth.

The products had been imported from commercial organizations in the U.S., which were later revealed to have paid high-risk groups, like prison inmates, to donate their blood without proper screening. The donated blood was then used in a human blood plasma treatment, which was named Factor VIII.

The Factor VIII treatment was introduced to patients that needed blood transfusions and was even applied to treat minor injuries. But Britain was struggling to keep up with the demand for the new treatment, so they began importing supplies from the U.S.

Many patients that were given the contaminated treatment subsequently contracted hepatitis C or HIV, the latter of which could evolve into Aids.

Thousands of British hemophiliacs were infected with HIV, including many young children. Only 250 of the infected hemophiliac patients are still alive today.

“When you’re young, you’re invincible; when you’re 23, you’re generally fit — but then you’re told you have 12 months to live — it’s very hard to comprehend, so there was the fear,” Martindale said in front of the judge. “There was no future, the likelihood of getting married and having children was very unlikely.”

Derek Martindale is one of 1,200 victims who testified at the inquiry into the blood scandal.

According to the Independent, some of the surviving victims of the case have already delivered testimony to Sir Brian Langstaff who will be presiding over the hearings for the inquiry into the blood scandal.

A former high court judge told the Independent that the witness statements given to the contaminated blood scandal inquiry have been “harrowing” and “incredibly moving.”

Martindale also said that he was told not to tell anyone of his infection because it could have made him a “social pariah.” His brother Richard, who also had severe hemophilia, had contracted HIV and died in 1990, not long after the scandal broke. During his harrowing testimony, Martindale broke down in tears speaking of his brother’s final days.

The testimony from Martindale, now 57, is one from the thousands of victims of the blood controversy that will testify in the two-year-long inquiry by British authorities.

Another witness statement from Dr. Carole Anne Hill, who was exposed to hepatitis C from a blood transfusion she received in the late 1980s, said that she had only found out about her condition in January 2017.

Dr. Hill told the judge that she was diagnosed “By letter, which was half-opened and not sealed properly.” She said in her statement that the way her diagnosis was communicated was “entirely inappropriate.” More maddeningly, many patient records seemed to have been lost or destroyed in the many years that the scandal has been publicized and pursued, though it wasn’t officially investigated until 2017.

Many others who have spoken about their horrendous experience after falling victim to the blood scandal talked about the fears of having so little time left to live, the limitations their unexpected diagnosis put on their lives as some had given up hope on raising a family, and struggling with the stigma that existed toward people who have hepatitis C and HIV/AIDS.

Before the hearings, the government announced extra financial support for those affected by the scandal. The new funds would increase the total financial aid for the victims up to £75 million or $98 million.

“I know this will be a difficult time for victims and their families but today will begin a journey which will be dedicated to getting to the truth of what happened and in delivering justice to everyone involved,” U.K. Prime Minister Theresa May said in a statement.

After the victims in central London have all given their statements, the inquiry will move on to hear testimonies from others across the U.K. including Leeds, Belfast, and Edinburgh.

Next up, read the story of how medical scam ads helped give rise to the American newspaper business. Then, learn why some gay men still are not allowed to donate blood.