Inside Urueña, The Spanish Town That Is Home To More Books Than People

In 2007, the small town of Urueña in northwest Spain decided to become a Villa del Libro, or a town of books. This is what it looks like. 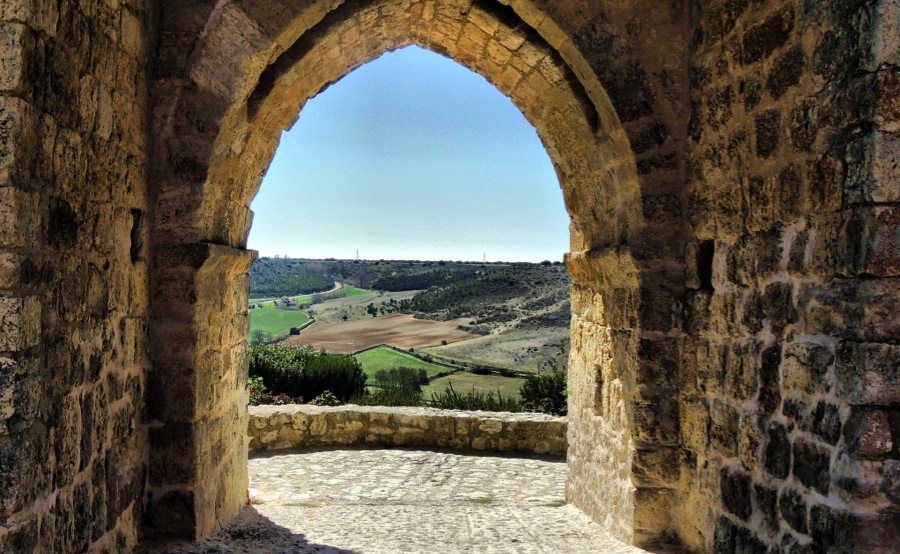 One of many European wonders, this fairytale for bibliophiles exists in Spain. The place is called Urueña and it is only a two-hour drive northwest from Madrid. The town sits within a medieval wall, surrounded by vast plains, in the region of Castilla y León. In recent years, it has transformed itself into a Villa del Libro, a village that celebrates books. 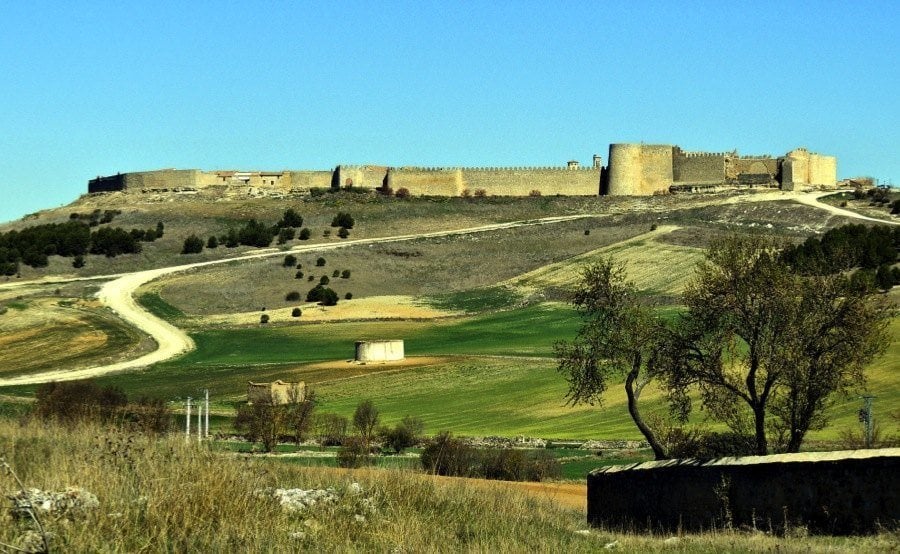 Fewer than 200 people live in Urueña according to the 2014 census. But these few villagers run 12 different bookstores, meaning that there’s one bookstore for every sixteen or so people. Some are general interest shops; others specialize in old and rare books. One focuses on the region of Castilla y León, another on children’s books. A shop called El 7 Bookshop specializes in books about bullfighting. Another concentrates its collection on books about wine, and this one is called The Cellar.

Urueña is also home to an institute of ancient calligraphy that offers classes on the old writing techniques found in medieval handwritten tomes. Similarly, the Artisan Book Binding Workshop of Urueña holds seminars on how to physically create and unite the spines, covers, and pages that make up books.

Urueña For Tourists: What You Should Explore 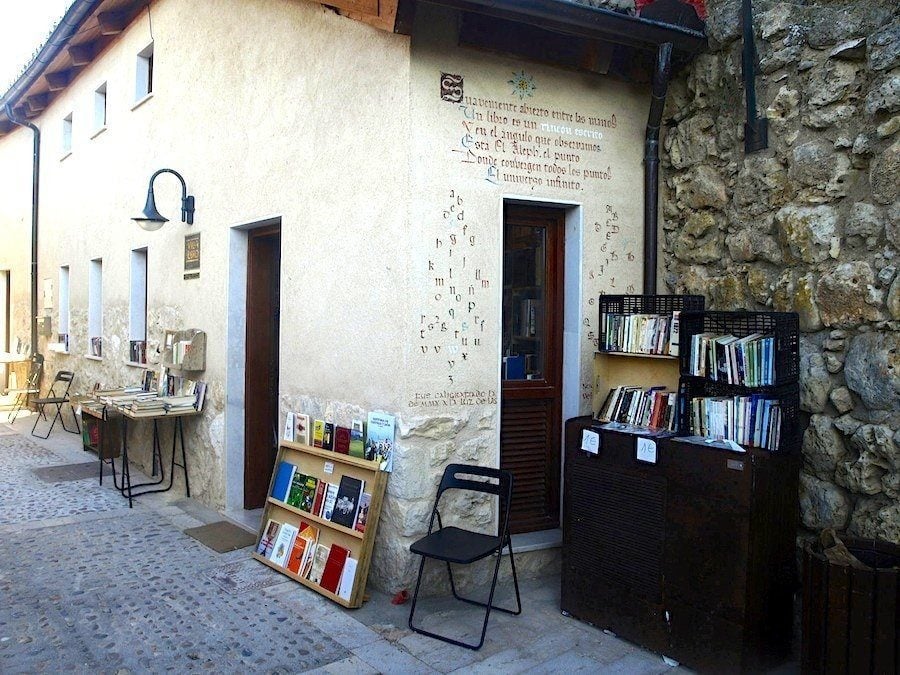 FlickrOne of the twelve bookstores in the small town of Urueña, Spain.

Urueña also boasts five well-run museums. Naturally, there’s the Museum of the Book and Writing and the Story Museum. But there is also the Ethnographic Museum, run by a local scholar of regional folklore, Joaquín Díaz, that’s set in an 18th-century mansion. The nearby Museum of Music houses ancient and valuable instruments from across Europe and around the world. Finally, the e-LEA Centre hosts exhibits and lectures on literature and writing. 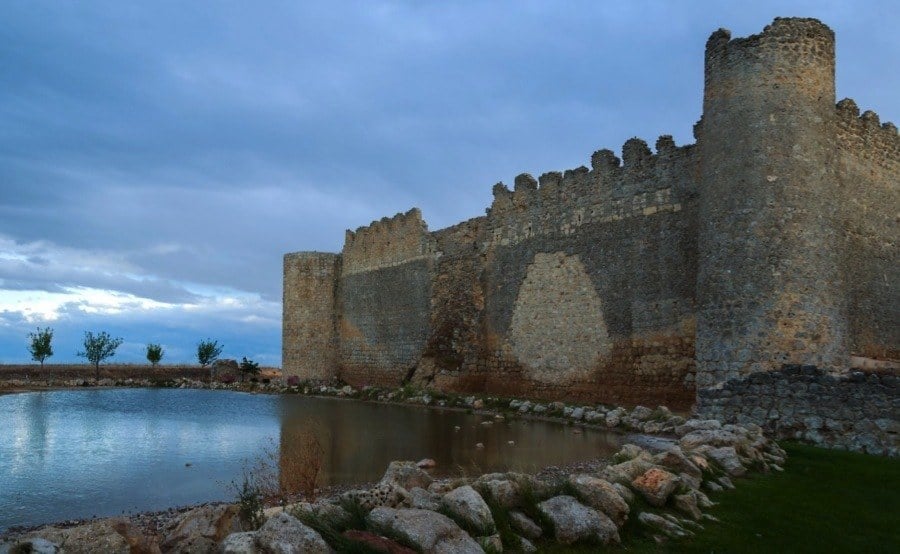 While already a center of learning and history, Urueña made a conscious decision to become a Villa del Libro in 2007. It joined the International Organization of Book Towns and modeled its re-branding after cities like Hay-on-Wye in Wales or Brevedoort in the Netherlands, where tens of thousands of tourists come every year for literary festivals or simply to look through the second-hand shops. So far Urueña is the only internationally recognized “book town” in Spain.

At present, the town attracts 40,000 bibliophiles to its narrow medieval streets every year. They cross the vast plains of Castilla to search through old tomes, listen to lectures on writing, take classes on calligraphy, and of course talk to one another about the pleasures found in books.

The Town’s History, From Medieval To Gothic

Thinking of a planning a trip to Urueña? Consider visiting on festival days — these book nerds know how to throw a literary party. World Book Day in April always draws a crowd, and things are particularly festive on the town’s anniversary in March.

Budget your time wisely, because there’s a lot to explore — the historically minded will want to see the walls of Urueña; they’ve been beautifully restored, and much of the original 12th and 13th-century stonework is still there.

There’s also the Santa María del Azogue church, a fascinating pastiche of Gothic, Renaissance, and baroque styles. The mix reflects the artistic changes that swept the land between the 16th and 18th centuries, during which time the church was built, remodeled, and added to.

That so much of the history of Urueña has survived is lucky; an 1876 fire destroyed nearly half the town and much of its archives. But from the ashes, Urueña was reborn.

Today, its fame as a cultural center and vibrant literary community only continues to grow. In 2017 alone, 21,000 visitors passed through its ancient gates.

Want to see more incredible towns like Urueña? Check out California’s Slab City, where people go to live way off the grid. Then read up on Whittier, the remote Alaskan town living almost entirely under one roof.