U.S. Citizen Mistakenly Held For More Than 3 Years Is Awarded Damages, Only To Have It Revoked

Courts said the statute of limitations for wrongful imprisonment expired while the man was still imprisoned. 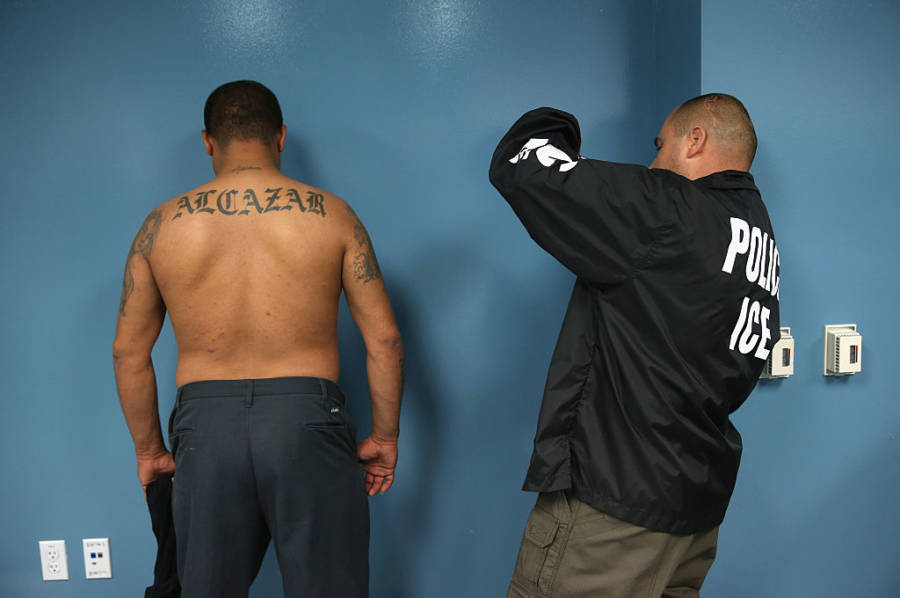 People arrested by immigration officers have no right to a court-appointed attorney.

If they did, officials from Immigration and Customs Enforcement would have noticed sooner that a man they’d been detaining and trying to deport for three years was, in fact, a U.S. citizen.

In 2007, Davino Watson pled guilty to selling cocaine. When his sentence ended in May 2008, he was immediately arrested by ICE agents. He was 23 and without a high school diploma at the time.

Watson told the arresting officers that a mistake had been made. He was a U.S. citizen.

He later told jail officials the same thing, and then a judge.

He sent in a handwritten letter with his father’s naturalization certificate and contact information attached, and still no one believed him.

A New York native, Watson remained in custody as a deportable unauthorized alien for almost three and a half years before being released in rural Alabama with no money, no phone and no explanation.

Just last year a New York judge said the incident had been caused by “regrettable failures of the government” and awarded Watson $82,500 in damages.

Eighty grand does not seem like a fair trade for more than three years of someone’s life, but it’s a lot better than what Watson actually ended up getting. Which is nothing.

On Monday, an appeals court ruled that Watson, who is now 32, is actually not entitled to any of the damages awarded by the earlier court because the statute of limitations on the government’s mistake had actually expired while Watson was in jail without a lawyer.

The Second U.S. Circuit Court of Appeals was very apologetic about the whole thing.

They noted that the ruling is “harsh” but said that because of case precedent, their hands are tied.

“There is no doubt that the government botched the investigation into Watson’s assertion of citizenship, and that as a result a U.S. citizen was held for years in immigration detention and was nearly deported,” the court ruled, according to NPR. “Nonetheless, we must conclude that Watson is not entitled to damages from the government.”

Here’s how the government completely botched this entire thing:

Watson immigrated to the U.S. from Jamaica when he was a teenager. His father became a naturalized citizen in 2002 and Watson, who was 17 at the time, became a citizen as a result.

It’s unclear why ICE officers detained him after his initial sentence for coke charges (possibly because of his Jamaican birth certificate), but they displayed clear mismanagement when they failed to call the phone number Watson gave them for his father.

Good piece by @smartelle in @latimes about @NIJC case seeking justice for Davino Watson, need for appointed counsel for immigrants.

They did try to look up Watson’s dad, whose name is Hopeton Ulando Watson, but they accidentally stumbled upon Hopeton Livingston Watson. They somehow did not notice that this other Hopeton Watson did not live in New York and did not have a son named Davino.

They did, however notice that the wrong Hopeton Watson was not a U.S. citizen, and therefore continued to detain his non-son, Davino.

“ICE did not follow their own procedures of what to do when the detained immigrant makes a claim of U.S. citizenship,” Flessner told NPR. “It was crystal clear from the beginning, had DHS done its homework properly, that he has been a U.S. citizen since 2002.”

After trying to navigate the case and fight deportation without a lawyer, Davino was released in 2011, more than three years after his arrest.

The statute of limitations on false imprisonment is two years.

While the earlier court argued that Watson’s case merited an exception to this statute through equitable tolling — a principle applied when, despite their best efforts, a plaintiff could not or did not discover the crime against them until after the limitation period had expired.

But the Second Circuit majority disagreed.

“Equitable tolling is a rare remedy to be applied in unusual circumstances, not a cure-all for an entirely common state of affairs,” they stated in their opinion.

“I would hope that nothing about Watson’s 1,273‐day detention can be said to have been ‘an entirely common state of affairs,'” Judge Robert Katzmann argued in his dissent. “If it were, we should all be deeply troubled.”

He’s right that it’s not “entirely common,” but a December NPR investigation found that it’s more common than it should be.

While it is illegal for U.S. immigration to detain American citizens, 693 citizens were held in jails and federal detainers from 2007 through 2016 at the request of immigration officials and 818 additional Americans were kept in immigration detention centers.

Next, learn about how U.S. immigration laws have evolved over the decades. Then, see why Americans are more likely to be killed falling out of bed than by a jihadist immigrant.