Meet Veleda: The German Priestess Who Made The Romans Tremble

Not only did Veleda prophesy her people's victory against Rome, she was also worshipped as a goddess.

Priestess. Prophetess. Rebel leader. In 69 and 70 A.D. — after Augustus became the first emperor of the Roman Empire, but before the completion of the Roman Colosseum and the volcanic destruction of Pompeii — Veleda was all of these things. 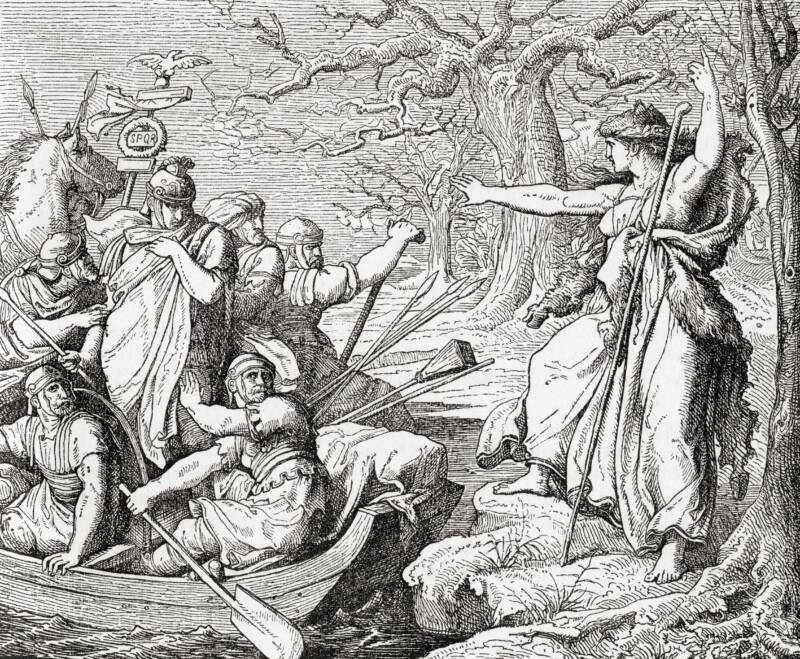 Universal History Archive/Universal Images Group/Getty ImagesVeleda, priestess and prophet of the Germanic tribe of the Bructeri, swearing vengeance on the Roman invaders, 69-70 AD. From Ward and Lock’s Illustrated History of the World, published c. 1882.

Let’s take a look at the life of the ancient oracle who lived in a tower. 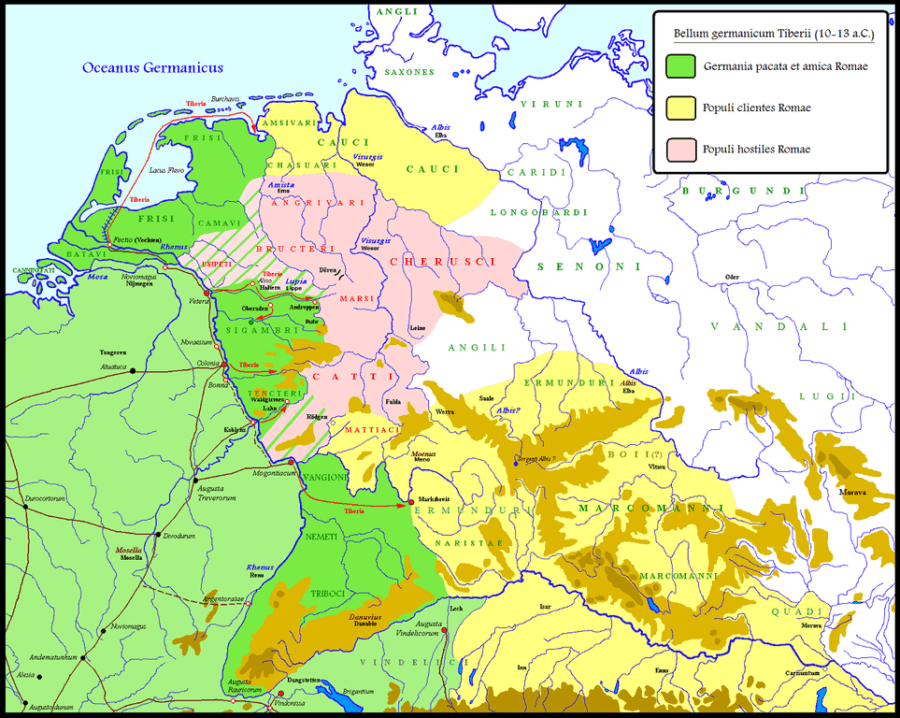 The Roman attempt to conquer Germany had lots of ups and downs over the decades. On one hand, the Roman general Germanicus earned military glory on the Rhine. On the other hand, the Germans massacred more than 10 percent of the entire Roman army at the Battle of the Teutoburg Forest.

In other words, the area then known as “Germania” proved to be a stubborn thorn in the Julio-Claudian emperors’ sides.

One troublesome tribe was the Bructeri, who lived in northwestern Germany. Longtime opponents of Rome, they defeated their enemies at Teutoburg in 9 A.D. A few years later, Germanicus trotted up and squashed their resistance.

It’s no surprise, then, that one of Rome’s wiliest opponents came from amongst the Bructeri.

In 69 A.D., the Germans took advantage of the political infighting in Rome following the suicide of the emperor Nero. A Roman officer named Gaius Julius Civilis, born into the German Batavi tribe, rose in revolt. The Bructeri saddled up and came along for the ride, becoming party to Civilis’ destruction of several legions.

After routing his rivals, Civilis sent a captured senator, Munius Lupercus, as a present to a close ally: the priestess Veleda, a Bructeri leader. Alas, Lupercus died en route. Later, when Civilis seized a Roman military ship, that, too, his men “towed up the river Lupia as a present to Veleda.” 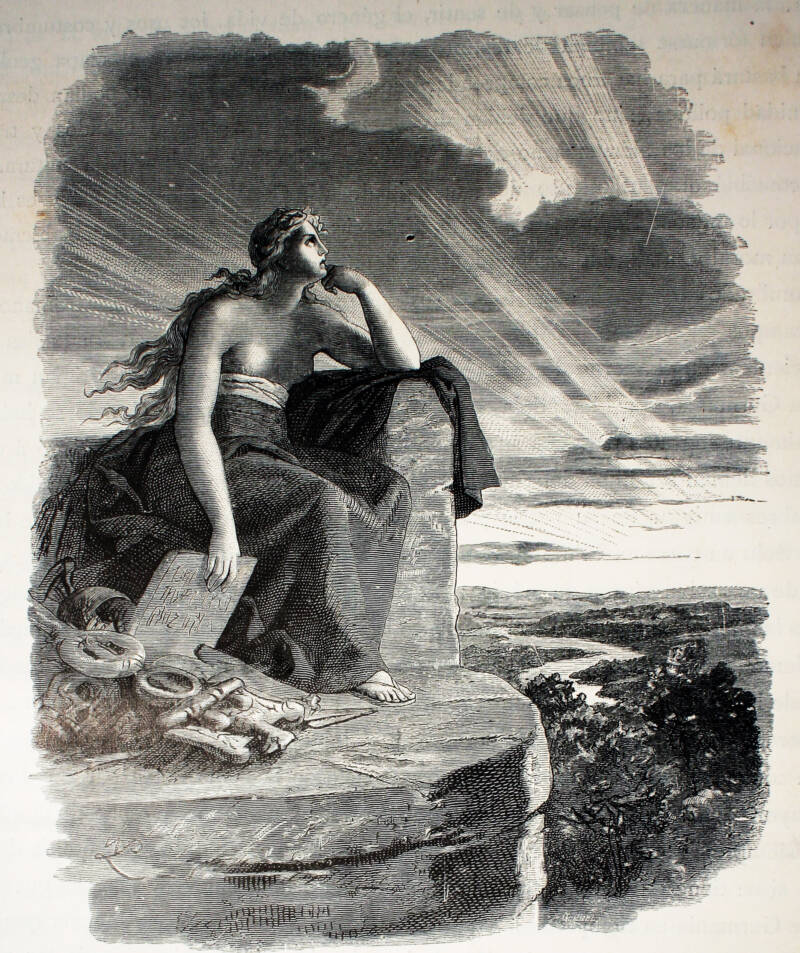 In his Histories, Roman chronicler Tacitus – who began chronicling Roman history about 30 years after the Revolt of the Batavi — described Veleda as “a maiden of the tribe of the Bructeri, who possessed extensive dominion.”

His writings showed just how unusual Veleda was — at least compared to the reader’s understanding of how a first-century woman was supposed to act. By sending valuable hostages and gifts to Veleda, Civilis showed how much he valued and respected her as an ally.

According to Tacitus, in contrast to the “proper” Romans, the “barbarian” Germans “attributed to many of their women prophetic powers and, as the superstition grew in strength, even actual divinity.” These prophetesses-turned-goddesses on Earth were among the most important leaders of their tribal units, apparently holding both religious and secular powers.

Indeed, Veleda might not have even be our heroine’s real name. Some scholars have posited that Veleda was a Latin rendering of the Celtic title veleta, or “prophetess.” Or perhaps the moniker came from the Germanic word waldon, which means “to have power.”

This implies that our Veleda was just the latest woman to occupy an important institutional position within the Bructeri. Veleda evidently was quite good at her job, too. Tacitus reported that she had prophesied Civilis’ success against the Romans. While the Germans largely survived, the Roman army is believed to have suffered tens of thousands of casualties.

From Prophetess To Arbitrator 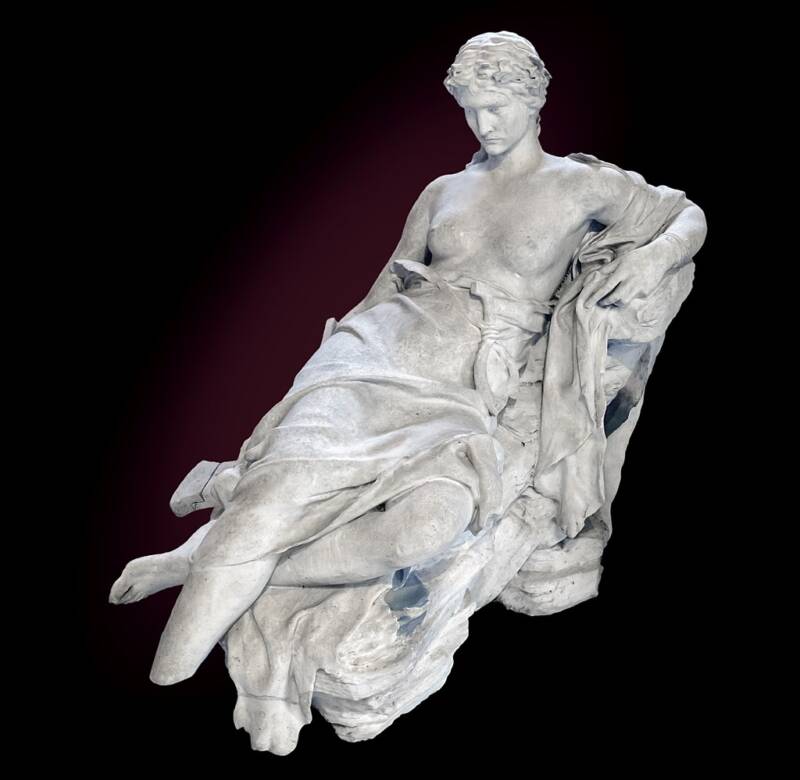 Veleda’s talents weren’t limited to the supernatural. She took her role as a leader of a rebel government very seriously, working alongside Civilis to arbitrate a conflict between the Tencteri tribe and the Roman settlement of Colonia, which became present-day Cologne.

In fact, according to Tacitus, the people of Colonia specifically requested Veleda as one of the negotiators, along with Civilis. In her negotiations, Veleda helped solidify Civilis’ alliance with Colonia.

Apparently, other Germanic tribes held Veleda in the same type of esteem as they did the man who united them against Rome. But Veleda elevated herself even further, in keeping with her mystical authority. She was not just a political leader and a conduit of divine will, but, as Tacitus remarks, a goddess in her own right.

As a divinity on earth, Veleda refused to receive mortal supplicants directly. Tacitus quipped: “In order to inspire them with more respect, they were prevented from seeing her. She dwelt in a lofty tower, and one of her relatives, chosen for the purpose, conveyed, like the messenger of a divinity, the questions and answers.” 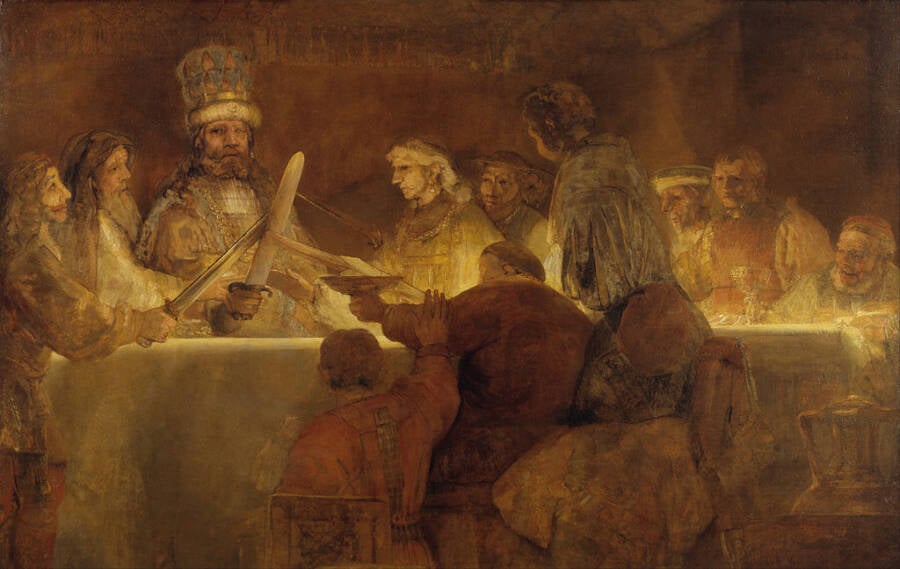 Wikimedia CommonsRembrandt’s interpretation of the German conspiracy leading to the Batavian revolt.

Ancient Germany might not have been as progressive as it seems upon a superficial reading of Tacitus.

As classicist Caitlin Gillespie notes in her recent book on the British Celtic Queen Boudica, one of Veleda’s contemporaries, not every German loved the idea of a female authority figure.

The Romans surely were not fond of foreign female rulers (Cleopatra, anyone?), especially those like Veleda, who even after the revolt of 69 and 70 A.D. incited rebellion among her people.

And so Rome dispatched General Quintus Petillius Cerialis to take care of Civilis and Veleda. Once defeated by the British rebel queen Boudica, Cerialis took Veleda’s role into account.

Tacitus recounted how Cerialis wanted to solve the German problem peacefully. To that end, he offered to pardon Civilis and his associates if they surrendered and “advised Veleda and her relatives” to do the same. Just as the Germans regarded Veleda and Civilis both as important leaders, so, too, did the Roman trying to defeat them. 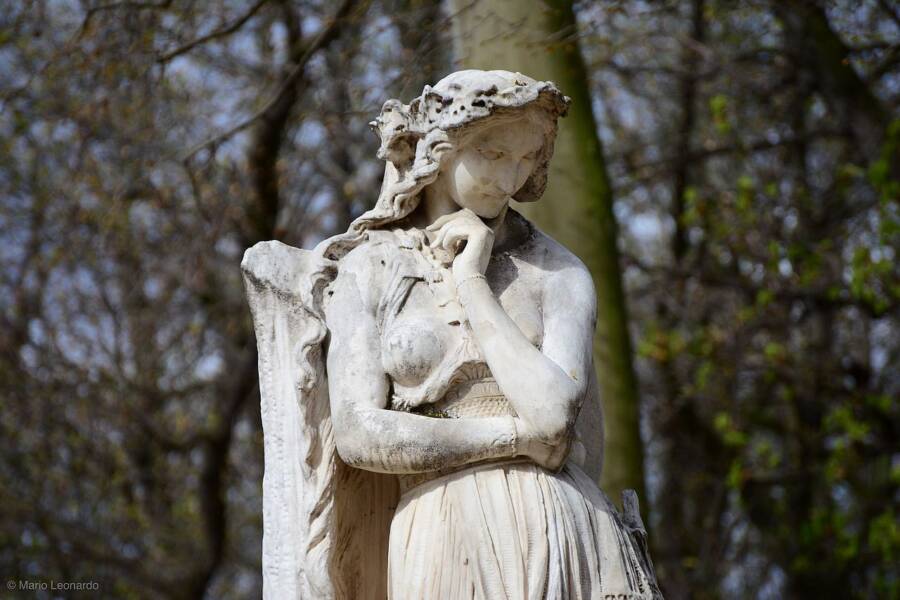 After Cerialis’ attempts at peace, another Roman general, Rutilius Gallicus, took up the sword and beat the Germans in battle after battle. By the late 70s A.D., the Romans had effectively quashed the Batavi and Bructeri rebellions. As for what became of Veleda, thanks to Statius, a poet who wrote a decade or so after the rebellion, we know the answer.

In a collection called Silvae, Statius praises Gallicus’s extensive military career. He extols, “Time lacks to set forth the armies of the north and rebel Rhine, the prayers of Veleda….” Thus, we can reason that Gallicus took Veleda captive after a confrontation with the Bructeri.

After that, suggests classicist Grant Parker, a satirical inscription discovered in the 1940s suggests Veleda may have become a priestess at a temple in Ardea, not far from Rome itself. That would be convenient; her conquerors could keep an eye on her and continue to utilize her mystical talents for their own purposes. Thus, while we have no evidence she appeared as a prisoner in a triumph like other captives, perhaps lived out her life in relative peace.

Following Veleda’s capture, the Germans continued their long tradition of honoring select women as priestesses and prophetesses. According to Cassius Dio — writing much later than the rebellion — the Germans drafted a virgin woman named Ganna to assume Veleda’s role. Ganna trekked all the way to Rome to pay homage to Vespasian’s second son, Emperor Domitian — and made it home in one piece, too.

If you loved this story, read about Constance Markievicz, the countess who led the Irish rebellion of 1916. Then, dive into incredible histories of these women warriors of the ancient world.