It was the Lewis family's first night in their new home when they were accosted by a naked intruder with black eyes and "the strength of four grown men." 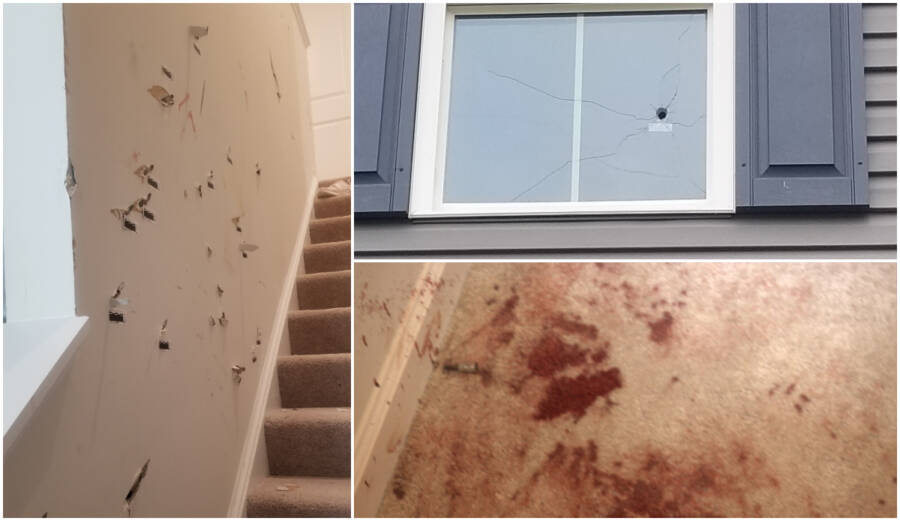 GoFundMeThe husband and father of three fired 39 rounds as warning shots, which did not deter the frantic intruder whatsoever.

Spending the first night in a brand new home is always a bit unsettling, but for the Lewis family of Chesterfield, Virginia, it was almost deadly. According to WRIC, a naked woman broke into the family’s home on South Twilight Lane, claimed to be the devil, and attacked them.

The harrowing encounter ended in 39 warning shots, blood-soaked carpet, and walls and windows riddled with bullet holes. Along with shell casings scattered in the hall, these and lingering trauma are now all that remains of July 4’s horrifying incident.

“She was in to kill us,” said Melissa Lewis. “That was her almighty, to kill us. She attacked us and I held her down just kept on punching her and punching her as hard as I possibly could.”

A news segment shows the destruction left behind in the home and the emotional turmoil inflicted on the Lewis family.

The stranger claimed to be the devil and indeed, appeared to the Lewis’ to have been possessed. Her eyes were reportedly black but her demeanor was disturbingly gleeful.

The family explained that the stranger laughed sinisterly, refused to leave, and was far stronger than anticipated. That’s what led Mr. Lewis, a father of three and reluctant to identify himself to the papers, to grab his gun. “I said ‘Who are you?’ She said ‘I need your help, please help me.’ I said ‘get out of my house,’ and she goes ‘I’m the devil.'”

After issuing a final verbal warning at the woman, he opened fire. None of the bullets were intended to hit the intruder — who ferociously charged at the homeowner while his family was asleep upstairs. “She looked possessed, her eyes were completely black, like saucers, and she was laughing like it was a joke,” the father added. “She was not stopping. She had the strength of four grown men.”

The gunfire woke the remainder of the family immediately.

Lewis ran out of bullets and started throwing nearby items of furniture at the home invader. His wife and children soon joined in, banding together to stop the woman in any way possible. It was only when 12-year-old Logan grabbed a wrench and shoved it into her neck that matters deescalated. 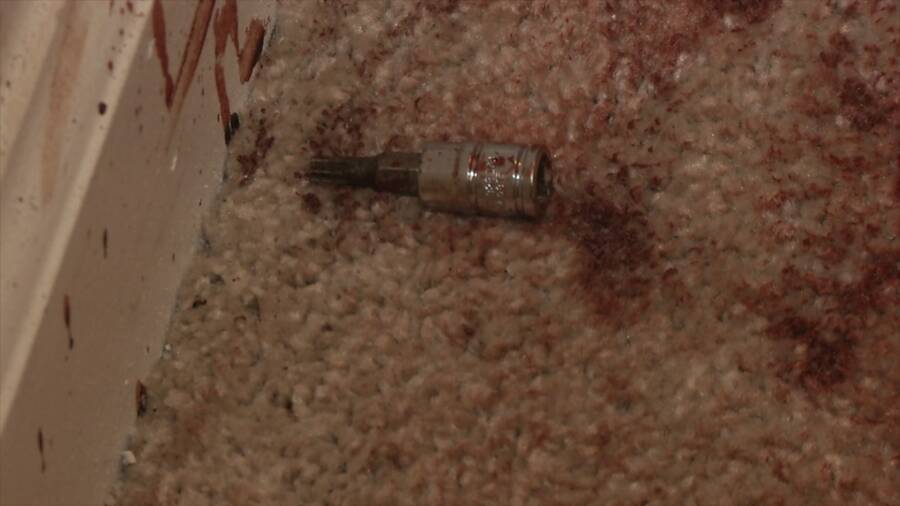 GoFundMeIt was 12-year-old Logan Lewis who finally put a stop to the horrifying incident when he shoved a wrench into the woman’s neck.

The intruder has yet to be publicly identified, though is certainly under arrest and receiving treatment for her wounds at a local hospital. In addition to bite marks and bruises, the Lewis family has been left in a fair amount of shock.

“I’m scared to go in there, I won’t even go into any room by myself, I’m terrified,” said Melissa Lewis.

Detectives informed the family that the woman is a local and will soon be charged with robbery, breaking and entering, and attempted murder.

Answers from the woman herself could definitely clarify whether or not this was a psychotic break or a drug-induced attack, but severe head trauma currently has her relegated to the ICU. Ultimately, the fact that the Lewis family was left physically unharmed is what matters most.

After reading the terrifying tale of a naked woman claiming to be the devil invading a family’s home, watch doctors find a spider living in a woman’s ear. Then, read about devil’s breath — potentially the scariest drug in the world. Finally, discover more of the most bizarre news reports from around the globe.