These vintage posters come from a time when syphilis was rampant, and people were expected to eat their eggs and cheese every day.

If you’re going to invoke hyperbole, it might as well be in the name of public health — at least that was the logic of public health workers in the early-to-mid 20th century. Reminiscent of propaganda posters, these occasionally (unintentionally) funny vintage posters actually made quite an impact on everything from slowing the spread of infectious disease, to bringing home the importance of vaccinations: 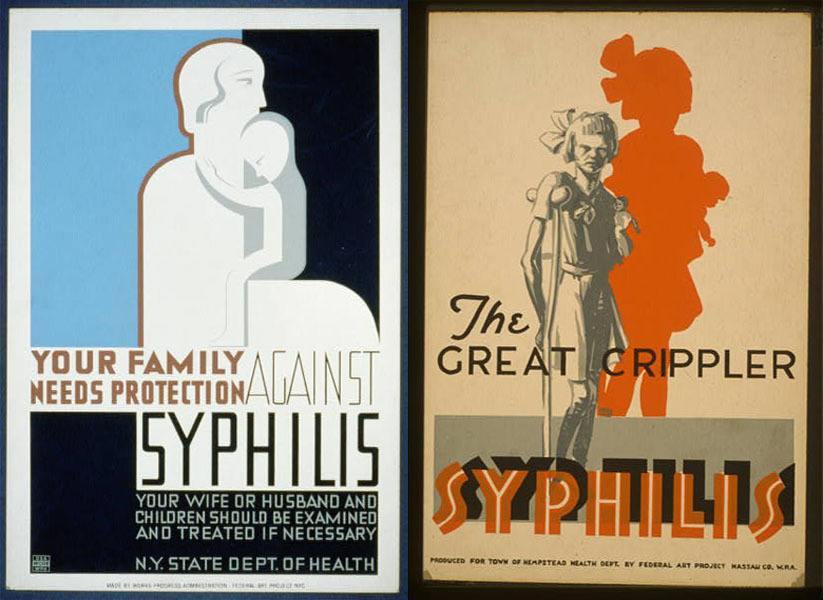 Before the widespread use of antibiotics, syphilis plagued the world for centuries. Starting in the 1930s, public health posters promoting the prevention and early detection of the STD became widespread. 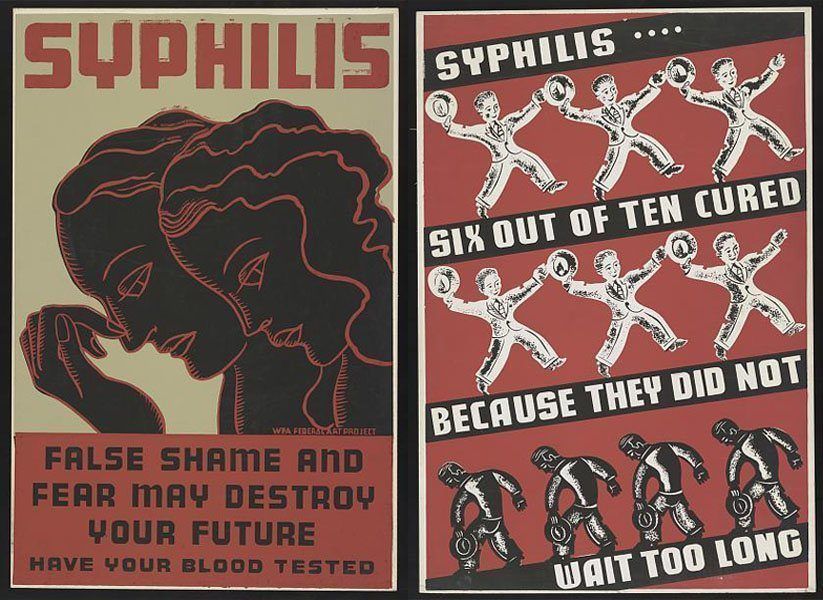 Campaigns sought to achieve early detection — in part by downplaying the shame of contracting the disease. 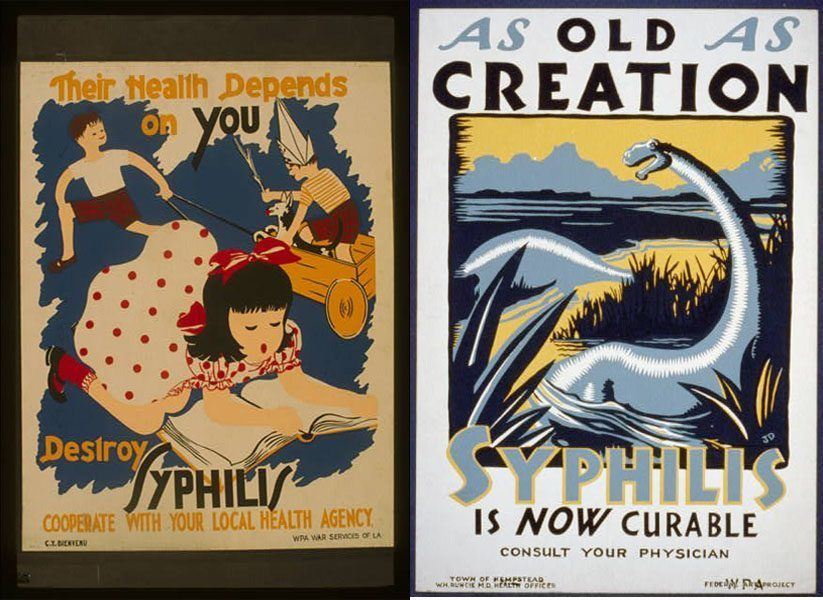 Passage of the disease from mother to child was very common, making it vital to educate the public on the risk it posed to children — as well as the fact that a cure had been found in penicillin (albeit too late for the dinosaurs, apparently). 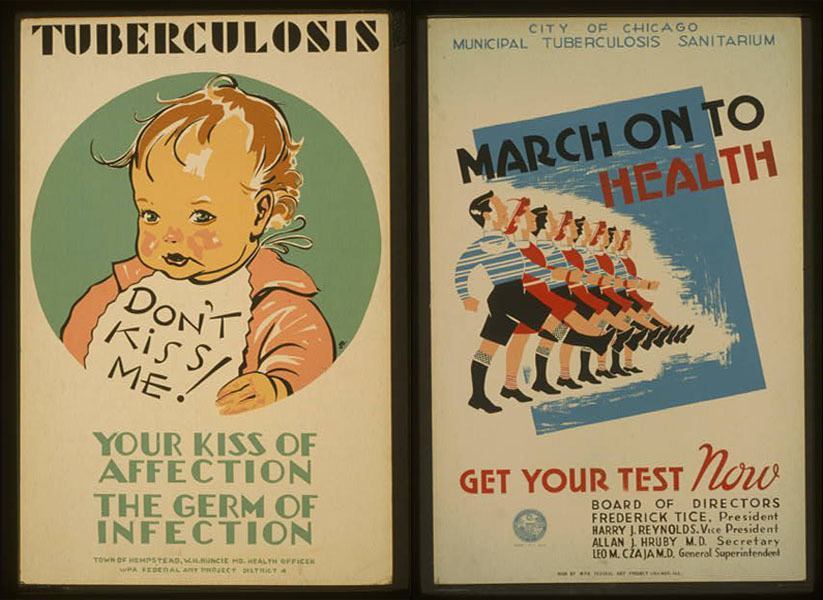 Tuberculosis is another highly contagious bacterial disease spread through the air — apparently by breathing, coughing, laughing, or speaking. 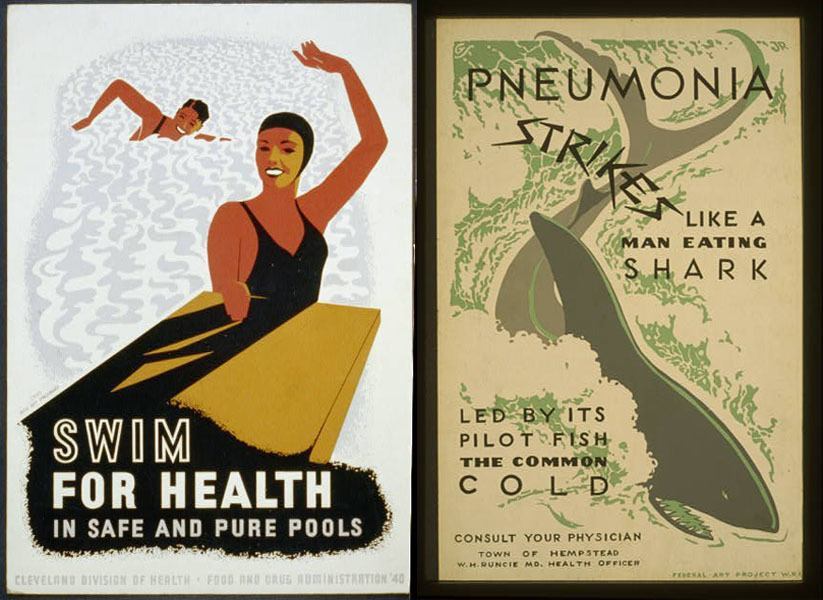 Swimming is a great exercise that can keep you healthy if done in sanitary pools. It may also be an important skill in escaping the pneumonia shark. 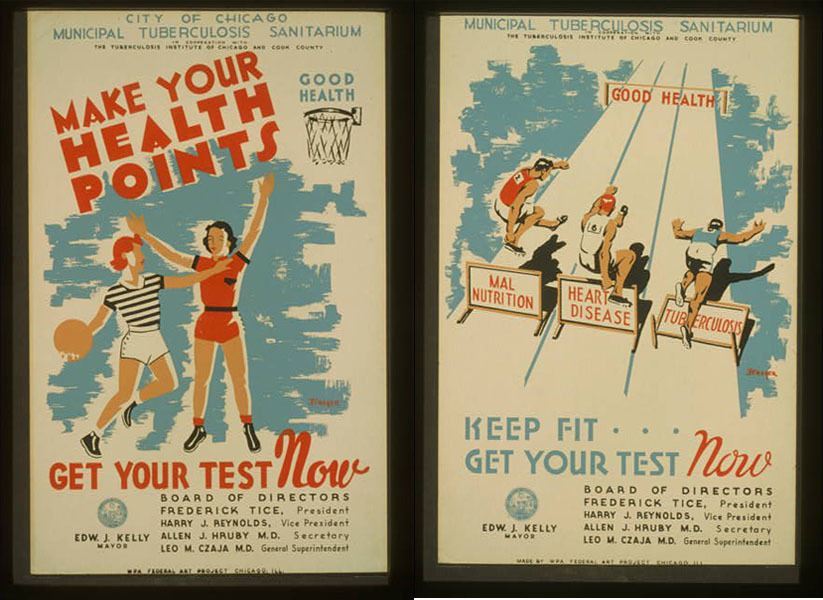 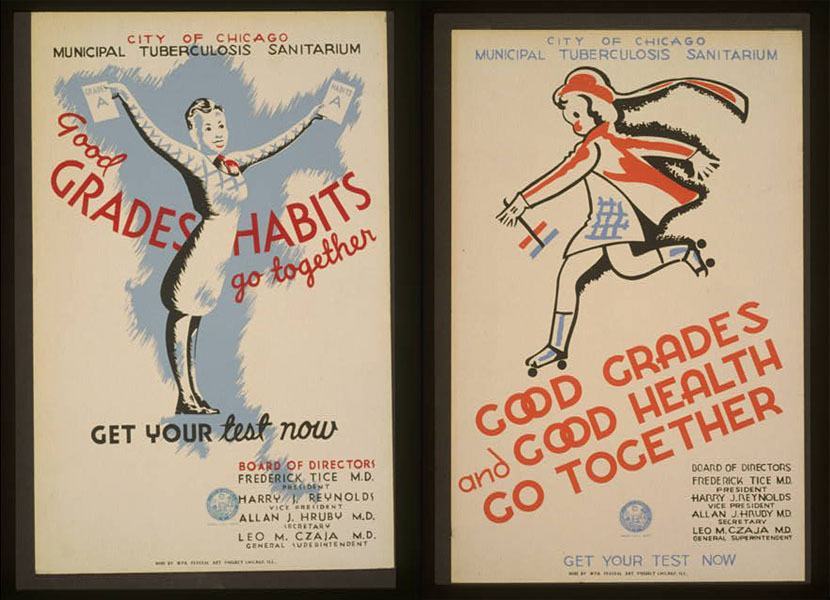 Some TB campaigns even linked good health with good grades. 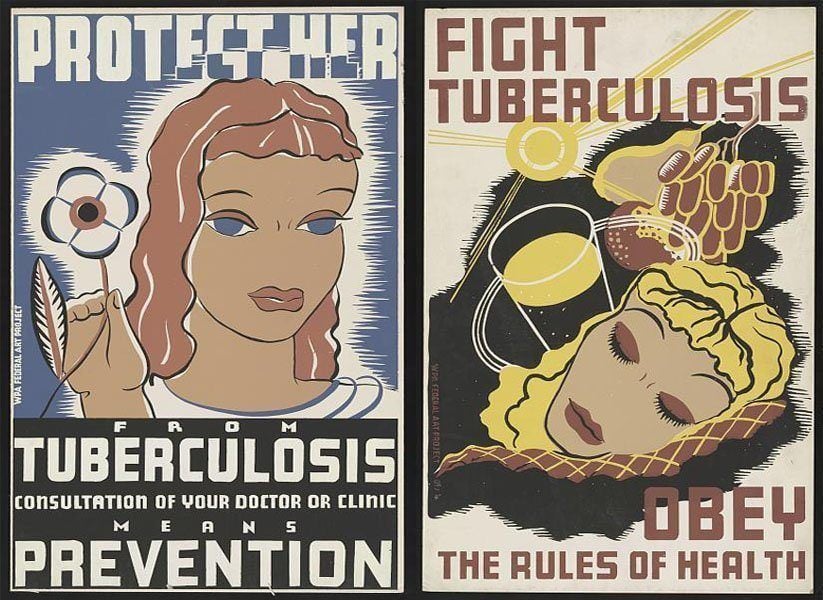 The well-meaning and colorful posters could be visually confusing, though; the imagery in the two shown here has nothing to do with prevention or treatment of the disease. 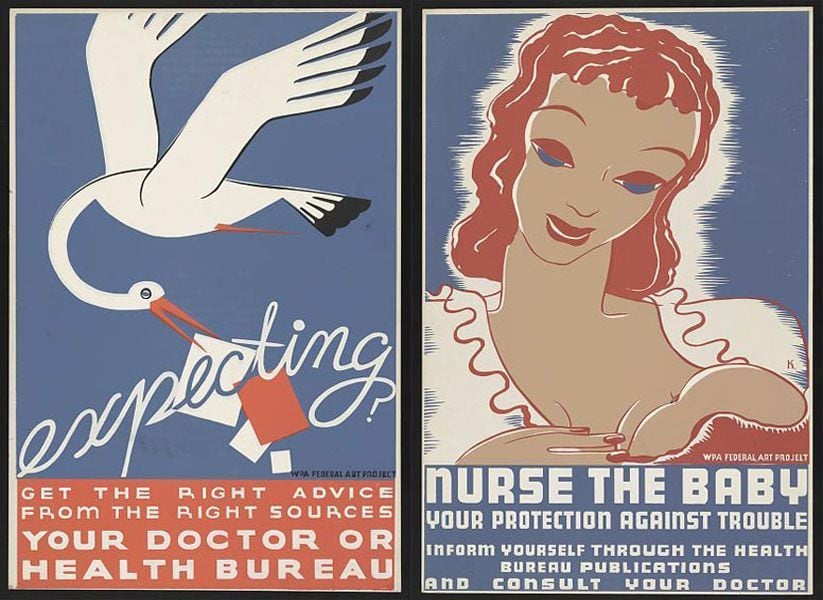 The proper health of expectant mothers and infants were less understood subjects than they are today. 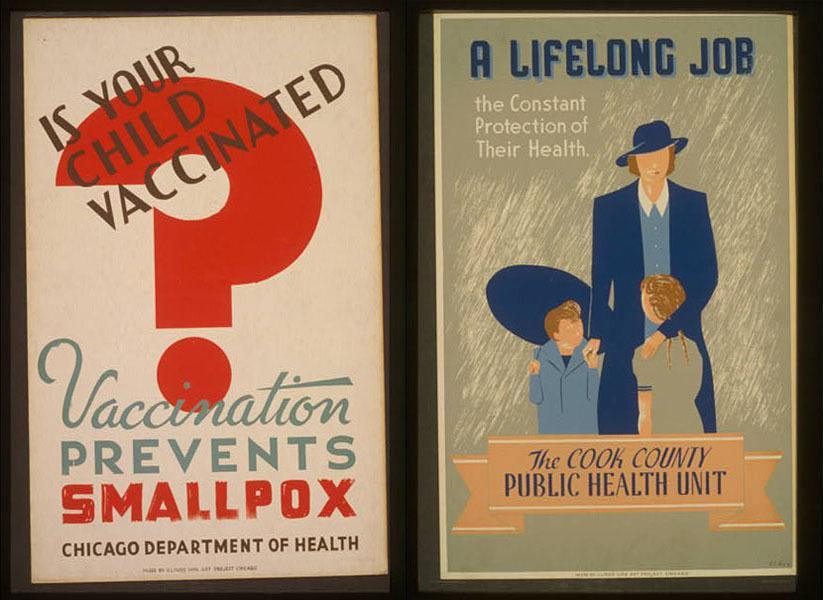 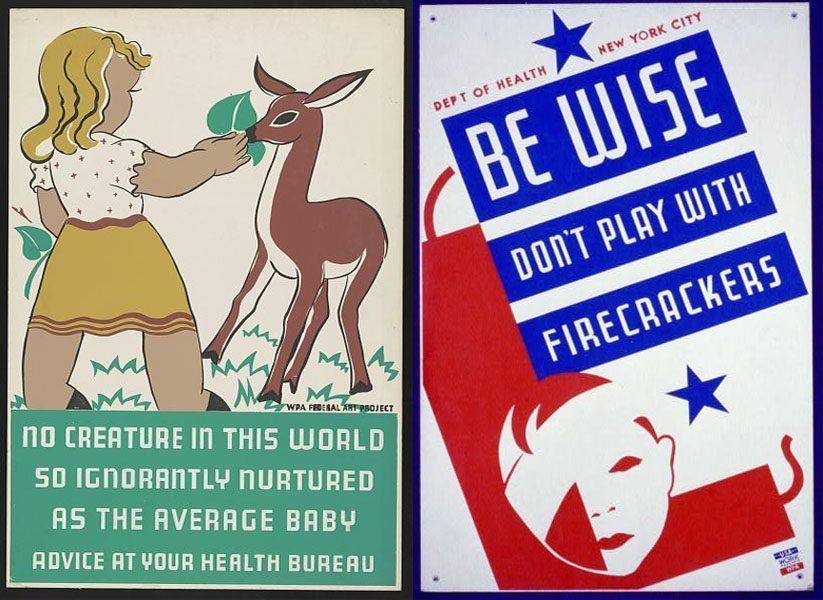 Many public health educators used ridicule and fear to shame parents into proper child rearing habits, such as not letting them play with firecrackers... 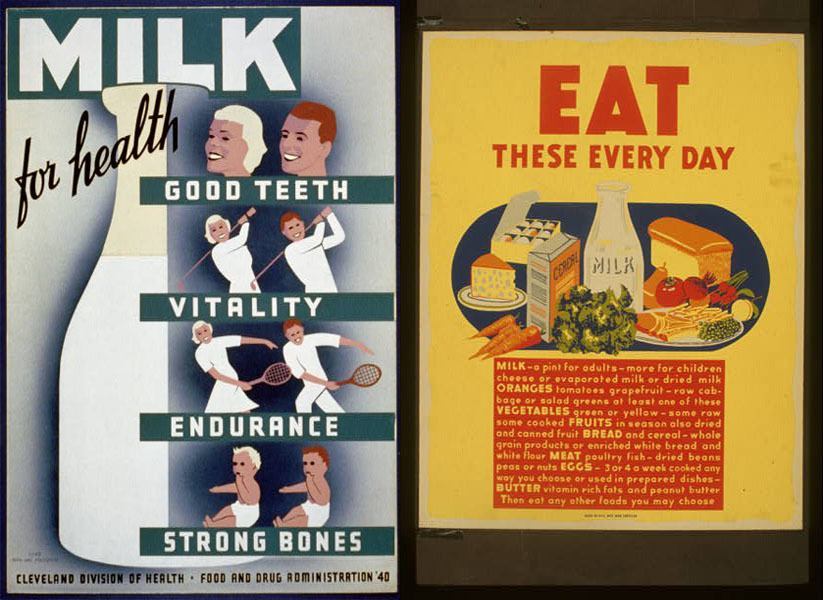 ...or encouraging the consumption of dairy products. 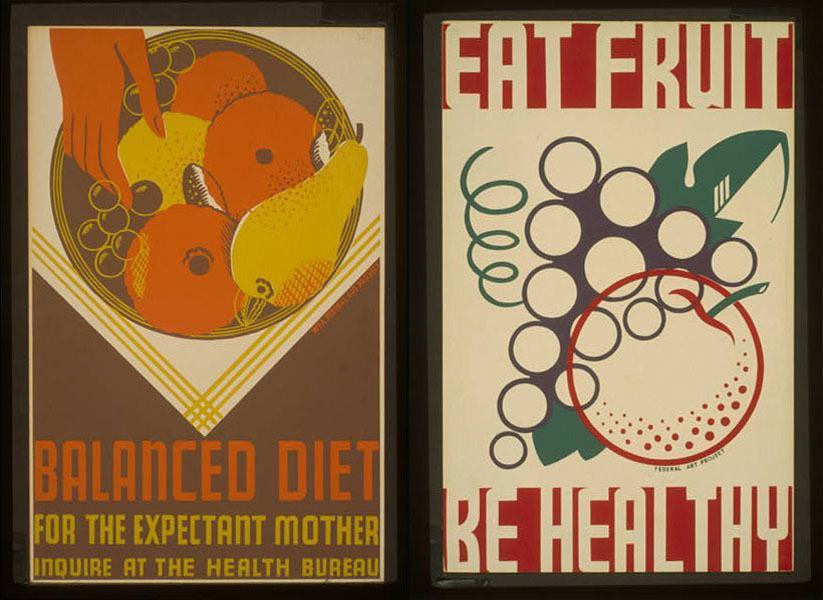 Some of the advice was at least a little better than others, such as telling people to eat a balanced diet. 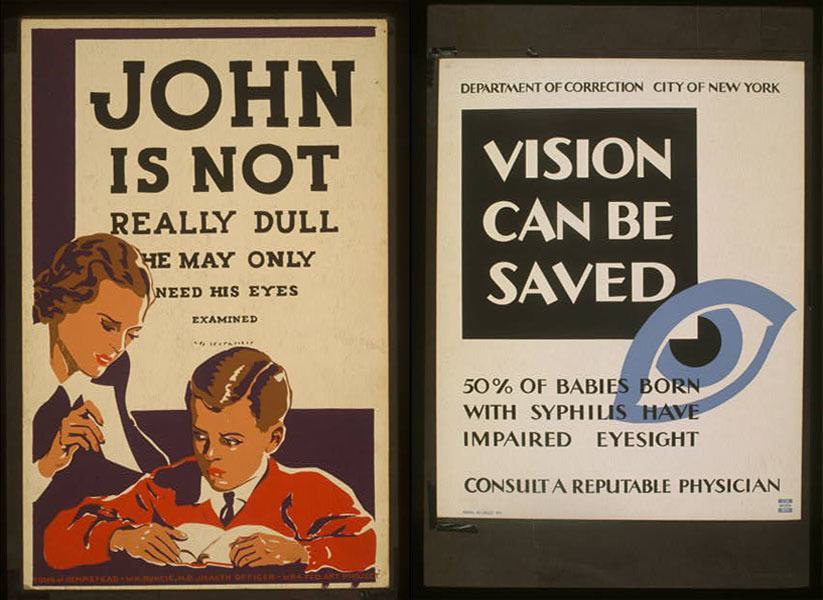 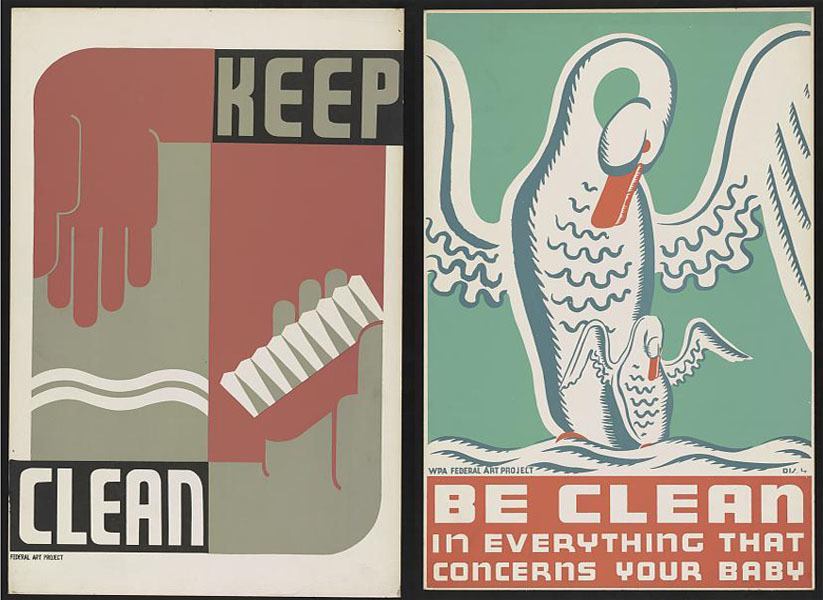 ...as well as the connection between hygiene and health. 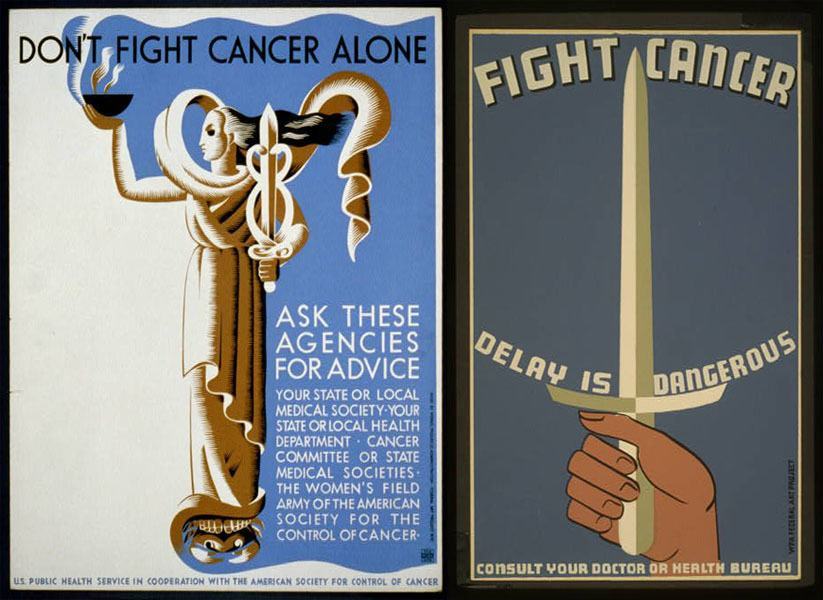 Early public health posters presented cancer as a nemesis to be fought — a trend you still see today. 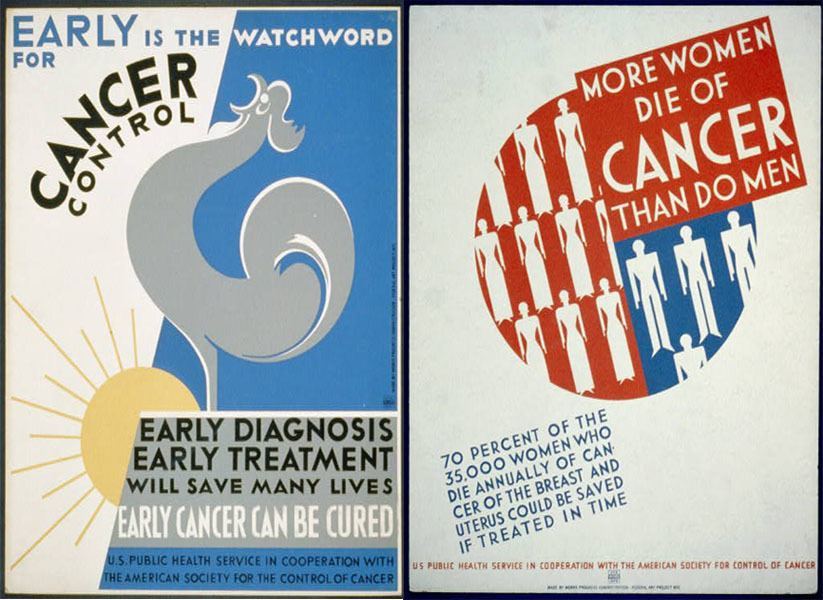 The posters also emphasized that early detection was critical to increasing the chances of survival. 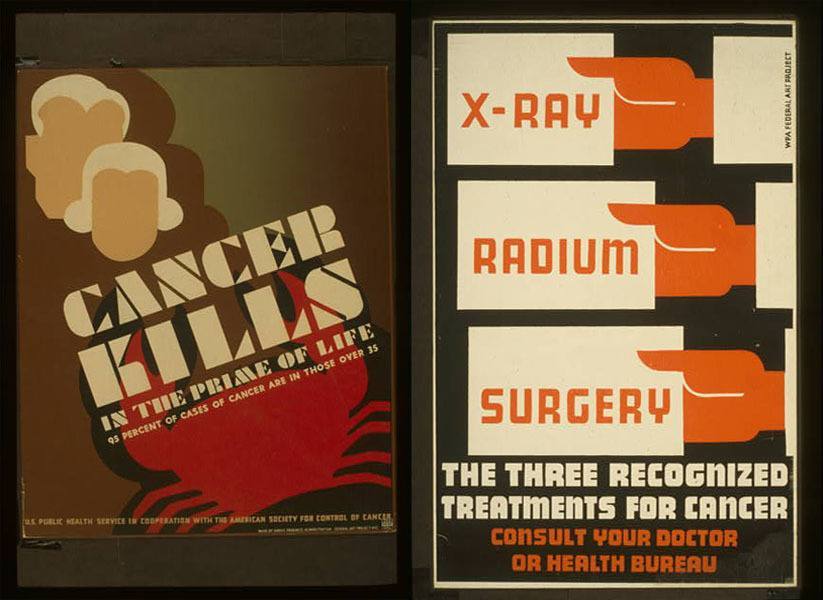 The posters also emphasized that while often terminal, there were multiple treatment options available, and that a cancer diagnosis did not always mean a death sentence. 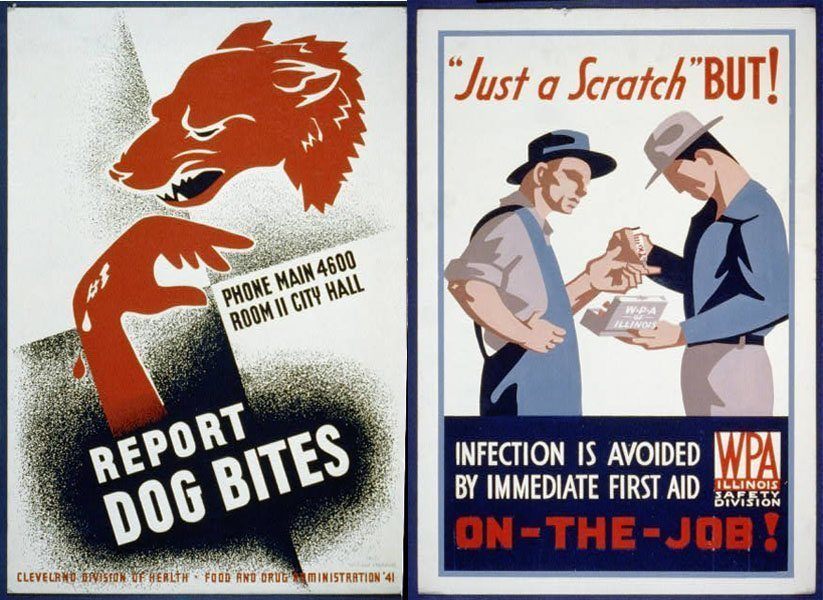 With a public generally uninformed about infection-related risks, public health workers underscored the dangers of everything — from dog bites to injuries in the work place. 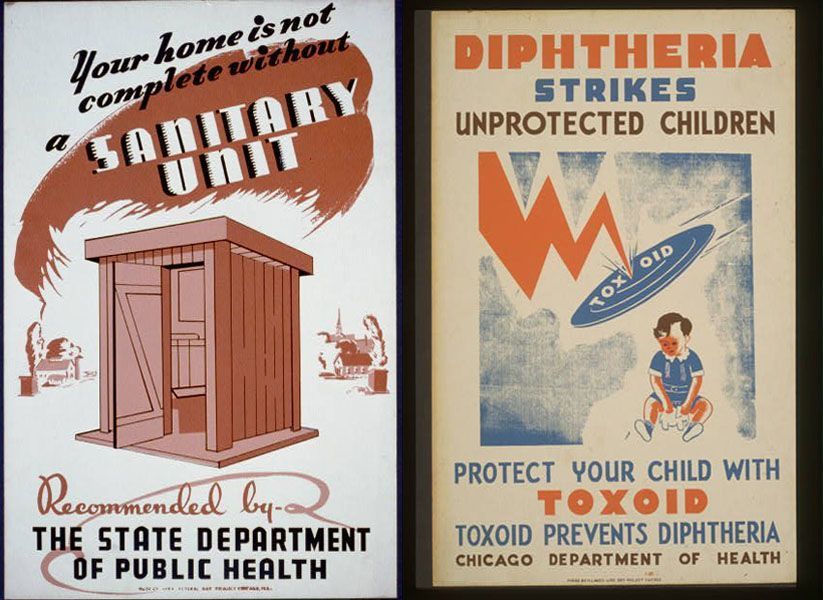 Public education of toxoids such as the tetanus shot (as well as greatly improved home sanitation) also directly led to the decrease of fatal infections, such as diphtheria.

All posters here can be found in The Library of Congress Print and Photograph Catalog.