Vito Genovese rose through the ranks of the New York mob during Prohibition and eventually killed his way to the top of the city’s most powerful crime family before a few crucial blunders took him down. 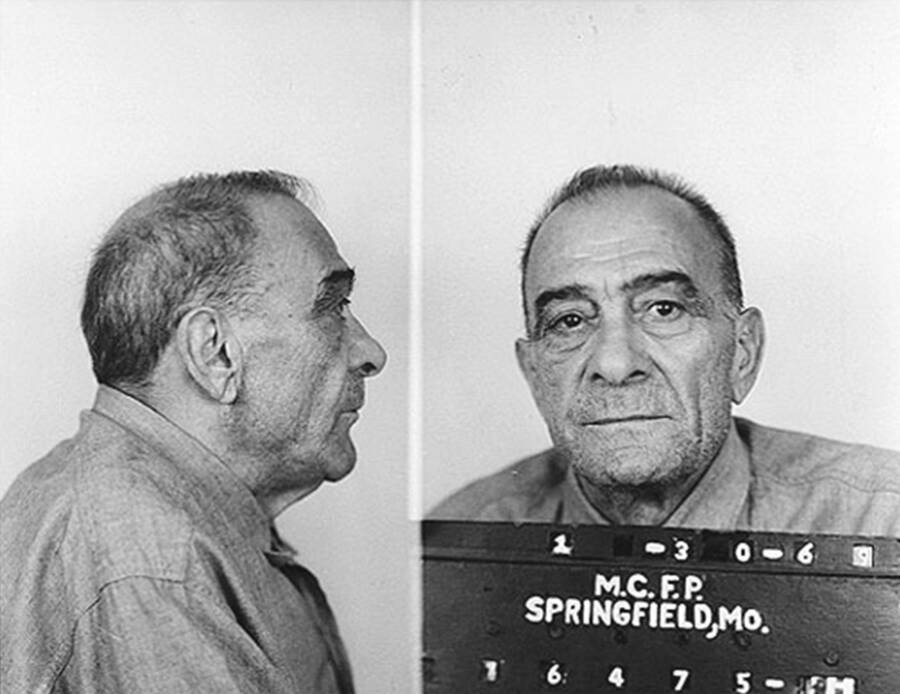 For decades, Vito Genovese was practically synonymous with the American Mafia itself. Born in rural Italy at the tail-end of the 1800s, he immigrated to New York City as a teenager and shaped its criminal elements as a young man. After killing his way to the top, he not only controlled organized crime — but helped shape its modern hierarchies.

While loyalty was the purported core of the Mafia, Genovese had an advantage. With no allegiance to the old ways, he and his generation slaughtered their way into power — and then fought each other to retain it. From surviving the Castellammarese War to his exile in Italy, Genovese’s life was indeed one for the books.

The Swift Rise Of Vito Genovese In The Mafia

Vito Genovese was born on Nov. 21, 1897, in the town of Tufino in Naples, Italy. He and his sister Giovanna Jennie and brothers, Michael and Carmine, were raised in the subdivision of Risigliano. He was 15 years old when his father, Frances Felice Genovese, and his mother, Nunziata Aluotto, prepared for their immigration to America.

Arriving in New York City aboard the SS Taormina in 1913, the family moved into an apartment in Little Italy. With a fifth-grade reading level and scarce supervision, Genovese spent his days on petty thefts and debt collections for mobsters, according to American Mafia History. He was first arrested at 19 and served one year in prison for possessing a firearm. 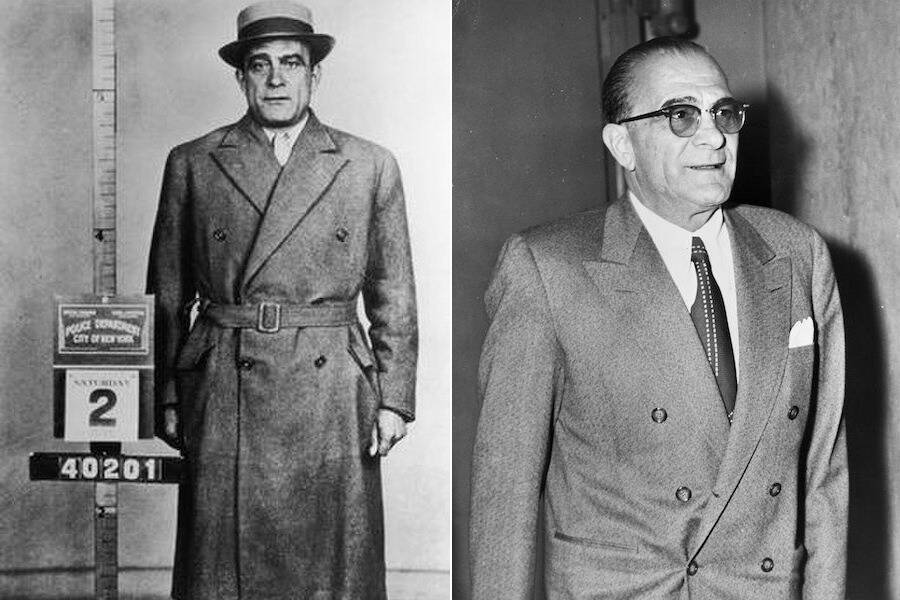 Wikimedia CommonsGenovese after his 1958 arrest (left) and before his 1959 conviction (right).

When Genovese met Charles “Lucky” Luciano around the neighborhood, he rapidly became his right-hand man. The fledgling mobster made Genovese his most reliable hitman and enforcer. Genovese garnered an impressive reputation in the criminal underworld — and rose in the ranks as Luciano amassed more power.

While his career in the Mafia had already begun, Vito Genovese was officially inducted into organized crime during the Prohibition Era of the 1920s. Hired by Giuseppe “Joe the Boss” Masseria, he and Luciano became his top lieutenants. While Genovese didn’t know it yet, he was now working for the crime family that he would later lead — and rename after himself.

Meanwhile, Luciano began bootlegging for gambler Arnold Rothstein and decided to start his own smuggling operation with Genovese and Frank Costello. In 1930, Genovese was charged with counterfeiting as police found $1 million in fake currency in his Brooklyn warehouse. Things dramatically escalated within a month.

Masseria was enraged to learn that Bronx-based mobster Tommy Reina had conspired with his longtime rival Salvatore Maranzano. Masseria had Genovese murder Reina with a shotgun on Feb. 26, 1930. While he was now in control of the Reina gang, Masseria had also sparked the bloody 14-month Castellammarese War.

Named after Salvatore Maranzano’s birthplace, Castellammare del Golfo, the Castellammarese War saw him square off with Joe Masseria for territory and control. All revenue sources were in jeopardy, from illegal gambling and bootlegging to drug trafficking and prostitution. The relentless bloodshed didn’t cease until April 15, 1931.

According to Carl Sifakis’ book, The Mafia Encyclopedia, the war was a battle between the traditional methods of longtime mobsters and the no-holds-barred perspectives of its newcomers. Young Lucky Luciano and Vito Genovese thus felt little loyalty to their aging boss — and killed him at Coney Island’s Nuova Villa Tammaro restaurant. 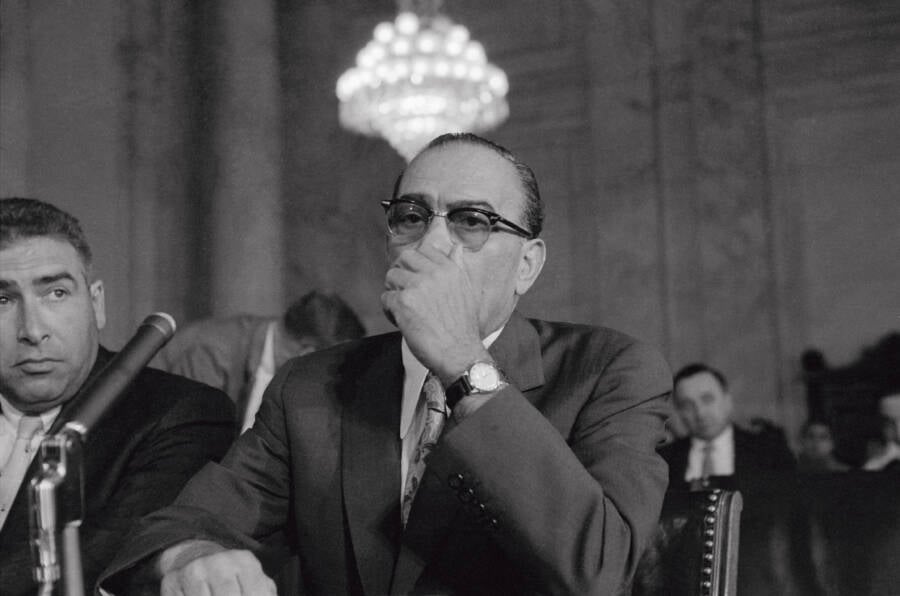 When Maranzano approached Luciano to kill Joe Masseria, Luciano swore his allegiance to him and agreed to the hit on the condition that he be awarded control of Masseria’s rackets. So Luciano lured Masseria to the restaurant on April 15, 1931. According to National Crime Syndicate, Luciano excused himself for the restroom as Genovese, Albert Anastasia, Benjamin “Bugsy” Siegel, and Joe Adonis shot Masseria to death. Little did Maranzano know, Luciano had lied — and he was next on Luciano’s hit list.

But Maranzano was suspicious, so he summoned Genovese, Luciano, and Costello to his office on Sept. 10, 1931, under the guise of a business meeting. However, the trio had gotten wind of the fact that they were about to be killed. So instead, they got the drop on Maranzano by deploying four gunmen to his office and murdering him.

In control of all organized crime in New York, Luciano devised a governing body known as The Commission — and created the Five Families of the American Mafia, with his newly-christened Luciano family as the largest.

And as Lucky Luciano’s newfound underboss, Vito Genovese was so untouchable that he killed a man named Gerard Vernotico simply because he wanted to marry his wife.

In 1934, Genovese and fellow mobster Ferdinand Boccia cheated a gambler out of $150,000. When Boccia demanded a larger share than agreed upon, Genovese murdered him at a coffee shop on Sept. 19, as reported by The New York Times. Then, when Luciano was convicted for prostitution rackets in 1936, Vito Genovese became the acting boss.

How His Ambition Brought The Mafia Down

Vito Genovese’s time as boss of the Luciano crime family was brief, however. Because he was determined to avoid an indictment for murdering Boccia, he fled to Italy in 1937, naming Frank Costello acting boss in his stead.

In Italy, Genovese mingled with local dons, extorted the local rackets, and even befriended Benito Mussolini. In 1943, he ordered the murder of journalist Carlo Tresca for his anti-Mussolini coverage.

While Genovese appeared to help the Allied war effort when they invaded Italy, he was also arrested by the U.S. military police for establishing black market operations that robbed the Army of resources in 1944, according to the Crime Museum. When it was discovered that he was wanted for murder in the U.S., he was extradited on June 1, 1945. 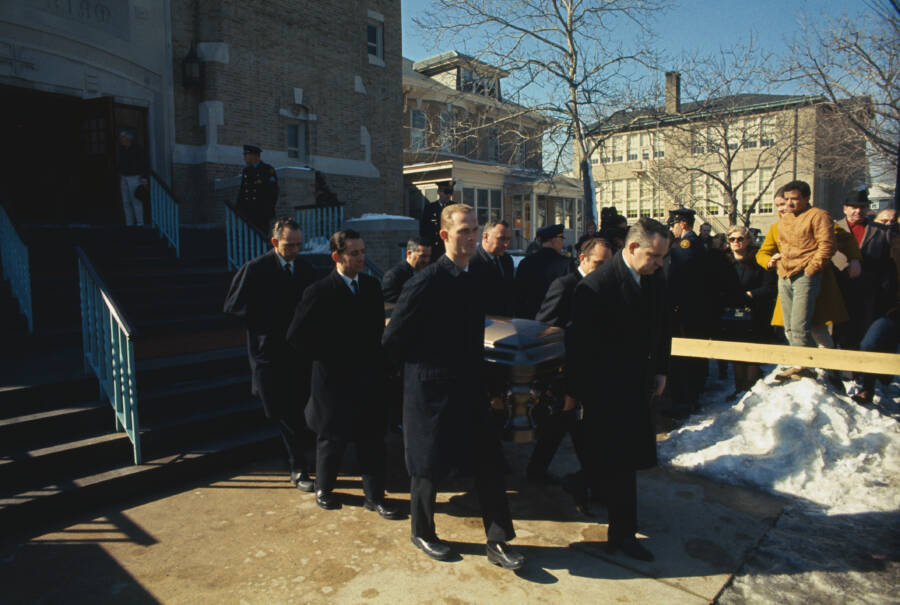 With a not guilty plea and two prosecutorial witnesses found dead, Genovese was not only free to leave but now back in New York. His former partners were hesitant to relinquish their positions, however. In 1957, he failed to kill Costello, Luciano’s acting boss, but pushed him to retire. He then had Anastasia murdered.

As the newfound leader of the gang, he renamed it the Genovese family. Then, Vito Genovese convened a conference on Nov. 14 in Apalachin, New York, that later became known simply as the Apalachin Meeting. Raided by police, mobsters from all corners of the country were arrested or successfully fled. Genovese was let go by simply claiming he was there for a barbecue.

While Genovese was convicted for conspiracy to violate federal narcotics laws on April 17, 1959, some have valid questions. NYPD Detective Ralph Salerno said, “anyone who understands the protocol and insulation procedures” would find the notion that Genovese personally handled drug deals “almost unbelievable.”

In the end, Vito Genovese continued to run his business from behind bars. From ordering murders of competing mobsters to those he deemed informants, Genovese stayed in charge — until he died of a heart attack on Feb. 14, 1969, while incarcerated at the U.S. Medical Center for Federal Prisons in Springfield, Missouri.

After learning about Vito Genovese, take a look at 27 photos of the 1980s Mafia. Then, learn about how Salvatore Maranzano single-handedly created the American Mafia.