The Puzzling Story Of Walter Collins, The Young Boy Whose Disappearance Led To An L.A. Police Scandal

After Walter Collins vanished in 1928, police made his mother take in an impostor of the boy — then forced her into a psychiatric ward when she insisted that the child wasn't her son.

On March 10, 1928, nine-year-old Walter Collins asked his mother, Christine, for some money to see a movie. She handed him a dime and sent him on his way — but she never saw him again. 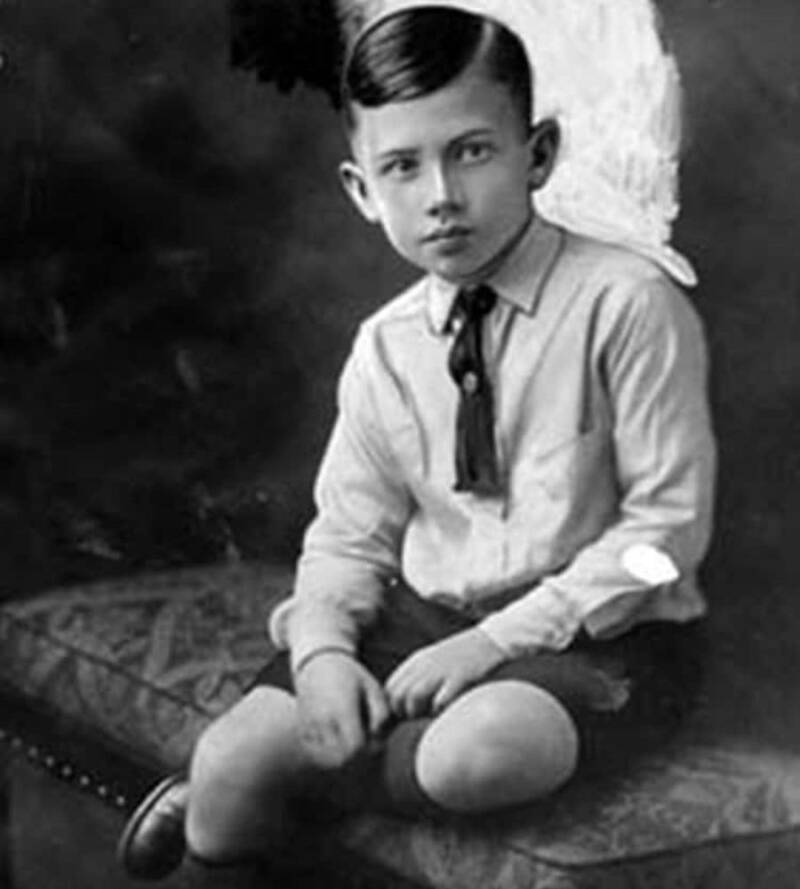 Wikimedia CommonsWalter Collins was just nine years old when he vanished from the Lincoln Heights neighborhood of Los Angeles.

Los Angeles police quickly began searching for the boy when he failed to return home from the theater, but they came up empty-handed. Then, five months later, a child claiming to be young Walter turned up in Illinois. Although Christine Collins insisted the boy was not her son, the police were adamant that he was, and they even forced her into a psychiatric ward when she continued to deny their claims.

The impostor eventually admitted that he wasn’t Walter Collins after all. Around the same time, investigators came across a grisly crime scene on a ranch in Wineville, 50 miles outside of L.A. There, a man named Gordon Stewart Northcott had been kidnapping, sexually abusing, and killing young boys with the help of his mother, Sarah Louise Northcott.

Though the police never found any physical evidence linking Northcott to Walter’s disappearance, the killer verbally admitted to murdering the boy on at least one occasion, and Sarah Northcott said she’d also been involved in his death. She was ultimately sentenced to life in prison for Walter’s murder — but the mystery surrounding the boy’s disappearance and the bizarre series of events that ensued remain a source of intrigue to this day.

The Mysterious Disappearance Of Walter Collins

When Walter Collins vanished while walking to a Lincoln Heights movie theater in March 1928, he became one of a string of boys who disappeared from the surrounding area beginning in 1926. A month prior, a headless child had been found in nearby La Puente. And two months later, young brothers Nelson and Lewis Winslow went missing from L.A.’s Pomona neighborhood.

At the time, the city’s police force was facing criticism due to recent corruption scandals, and officers were further embarrassed when they failed to locate Walter in a timely manner. However, they had very little information to go on. 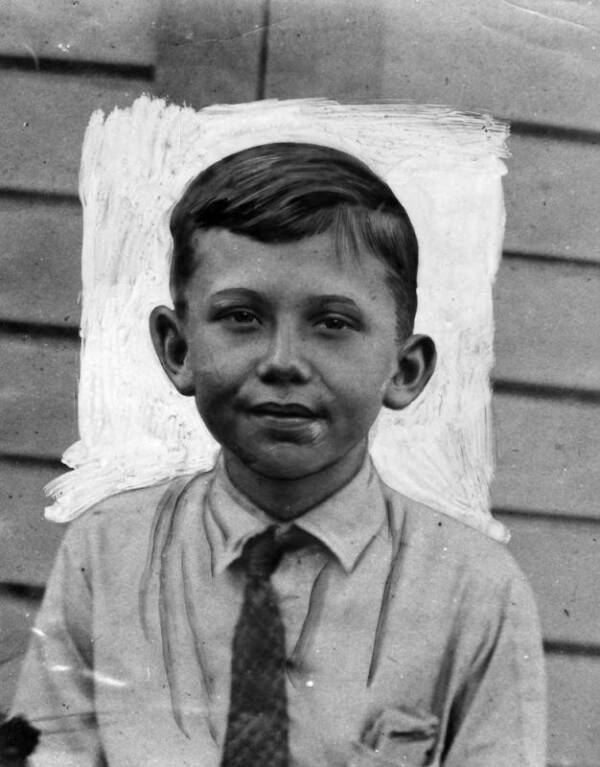 Walter’s father, who was serving time in Folsom State Prison, thought a former inmate may have kidnapped his son as revenge, because part of his job in the facility’s cafeteria was to report infractions.

Meanwhile, according to Crime Museum, a gas station attendant in Glendale claimed he’d seen a “foreign” couple with a dead boy in the back of their car. He identified the body as Walter’s after seeing a photograph of the child.

Neither of these leads helped detectives, however, and Walter’s case went cold for several months. Then, in August 1928, a boy claiming to be Walter Collins turned up in Illinois — and sparked a police scandal.

How A Crafty Impostor Tried To Fool Christine Collins

Christine Collins had spent five agonizing months waiting for any information about her son’s fate when hope arrived unexpectedly from halfway across the country. Police picked up a boy in DeKalb, Illinois who said his name was Walter Collins. They sent photos to Christine, who wasn’t convinced. However, officers talked her into “trying out” the child and brought him to L.A.

After three weeks, Christine marched back to the police station with Walter’s dental records and a list of signed statements from people who had known her son. She insisted that the boy from Illinois was an impostor and that she wanted nothing more to do with him. 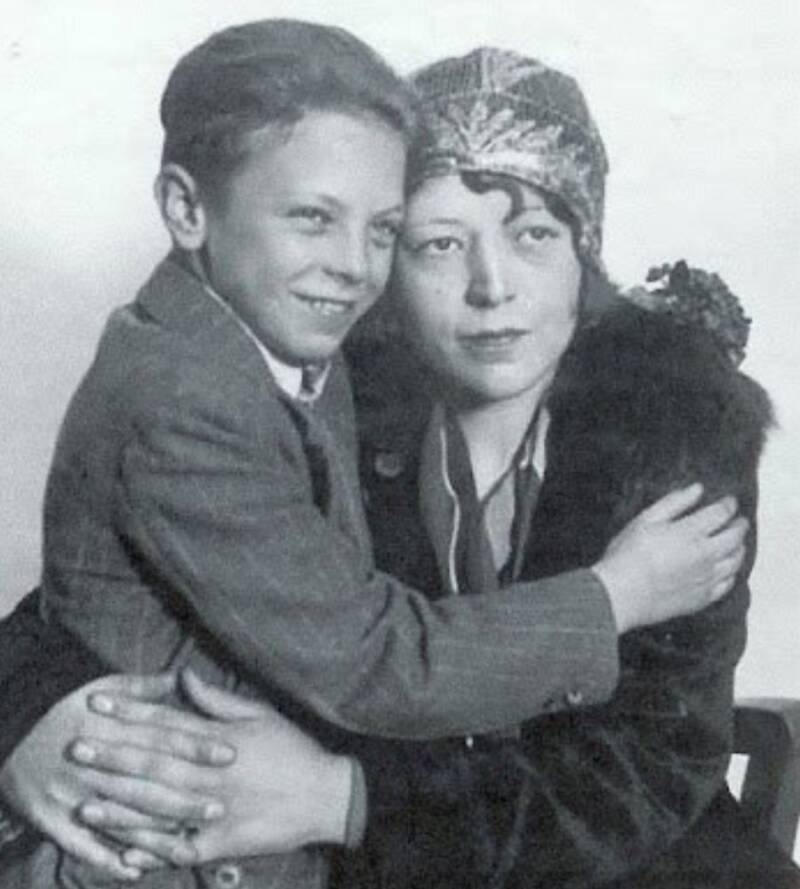 Twitter/Historic Women DailyChristine Collins with Arthur Hutchens, the boy who pretended to be her son.

To save face, officers called Christine Collins a “lunatic” and accused her of trying to embarrass them. They said she was simply attempting to shirk her responsibilities as a mother. According to the Mirror, the police forced the grieving mother into a psychiatric facility using “Code 12,” a policy that allowed them to simply get rid of “difficult” citizens.

While Christine was institutionalized, however, “Walter” admitted that he was indeed an impostor after all when a handwriting expert analyzed his writing style compared to that of the real Walter. His true name was Arthur Hutchens. He was 12 years old and had decided to impersonate Collins after someone mentioned that he resembled the missing boy. He wanted to go to Hollywood in hopes of meeting his cowboy idol, Tom Mix, so he went along with his made-up story for as long as possible.

Around the same time as the truth about Arthur was coming to light, police made another discovery on a ranch 50 miles outside of L.A. A man named Gordon Stewart Northcott had been kidnapping and murdering young boys — and Walter may have been one of his victims.

Inside The Wineville Chicken Coop Murders

Starting in 1926, Gordon Stewart Northcott began abducting male children, raping them on his ranch in Wineville, California, and bludgeoning them to death with an ax. He later claimed that he abused the young boys because he “loved them.”

He was only caught in September 1928 when his cousin contacted authorities and told them that Northcott had kidnapped her teenage brother and was abusing him. When detectives arrived on Northcott’s property, they uncovered the grisly truth about the Wineville Chicken Coop Murders. 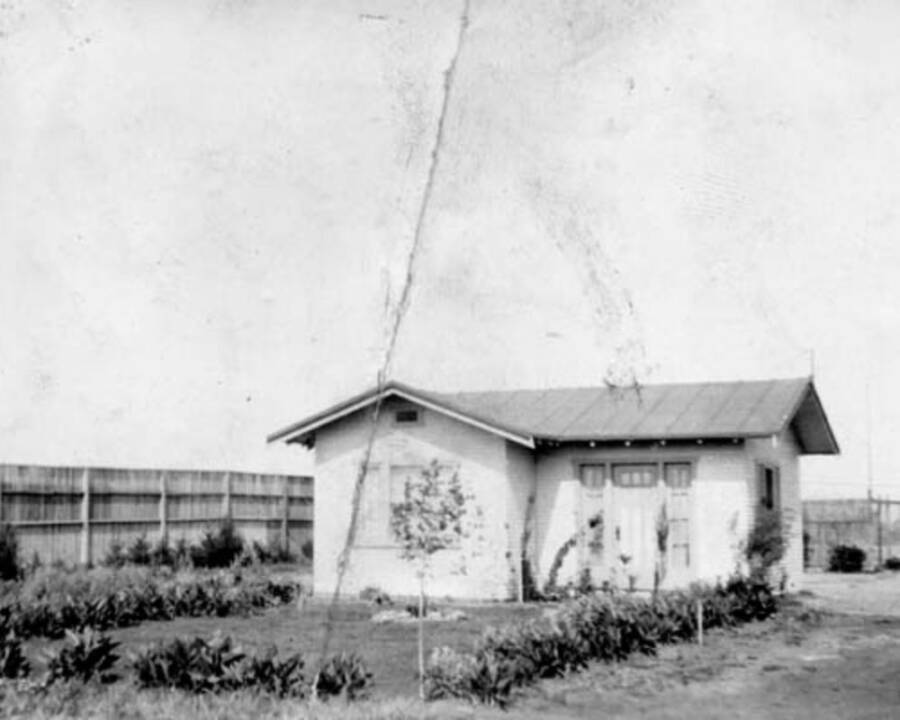 On the ranch, investigators found the scattered bone fragments of young males and axes with blood and human hair encrusted on their blades. Reportedly, Northcott verbally admitted that he’d killed five boys, including Walter Collins and the Winslow brothers who had disappeared shortly after him. He confessed that he kidnapped boys to rape them, killed them when he got bored, and then used quicklime to dispose of their remains.

He did all of this, he said, with the help of his mother, Sarah — with whom he also claimed he had an incestuous relationship.

However, when it came time to write and sign an official confession, Northcott changed his story and said he’d only killed one person, a Mexican boy named Alvin Gothea, in February 1928. With no physical evidence linking Walter to the ranch, the boy’s fate was still unknown. Then, Sarah Northcott came forward with a story of her own.

What Really Happened To Walter Collins?

Sarah Louise Northcott eventually confessed that she had been the one to kill Walter Collins. She dealt him a fatal blow with an ax, she said, and buried him near the chicken coop. She was sentenced to life in prison for his murder.

Meanwhile, Gordon Stewart Northcott was found guilty in February 1929 of killing the Winslow brothers and one other unnamed victim. He was sentenced to death and hanged on Oct. 2, 1930 — and the knowledge of the true fate of Walter Collins may have died with him. 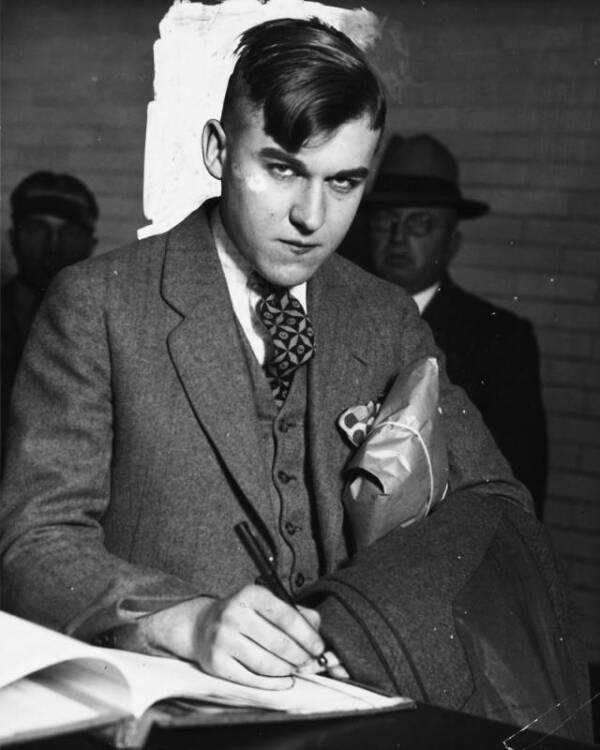 To this day, nobody knows what really happened to Walter Collins. Though Sarah Northcott was convicted of his murder, police never found any real evidence that the boy had ever even been on the ranch.

It’s possible that he was abducted by one of his father’s prison enemies or ended up in the back of a “foreign” couple’s car. His body may have been covered in quicklime on Gordon Stewart Northcott’s ranch, never to be seen again. Or perhaps he was never murdered at all. Whatever the truth may be, the story of Walter Collins continues to baffle people to this day.

After reading about the tragic story of Walter Collins, go inside the chilling disappearance of Bryce Laspisa, the man who mysteriously vanished while driving through rural California in the middle of the night. Then, learn about Sierra LaMar, the 15-year-old cheerleader who disappeared on her way to school.