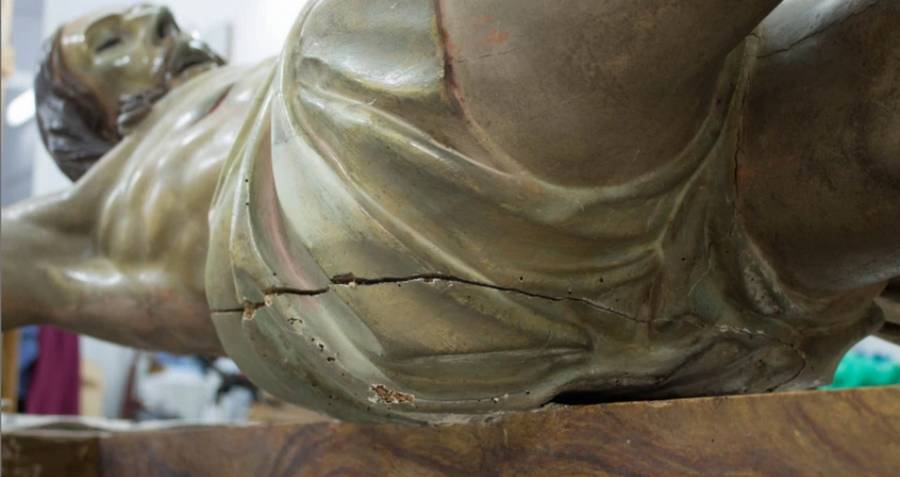 While restoring an 18th-century statue of Jesus Christ, Spanish restorers found an unusual item in an even more unusual place.

Hidden inside the butt of the wooden statue was a handwritten note, carefully filled out in calligraphy. Experts claim the note dates back to 1777 and explained that the note was likely put there by a priest at the church where the statue originated.

The note had gone undiscovered for the past three centuries, as the rear of the statue had previously been covered by a piece of fabric. During a routine restoration by the Da Vinci Restauro company, workers removed the fabric and uncovered the note. 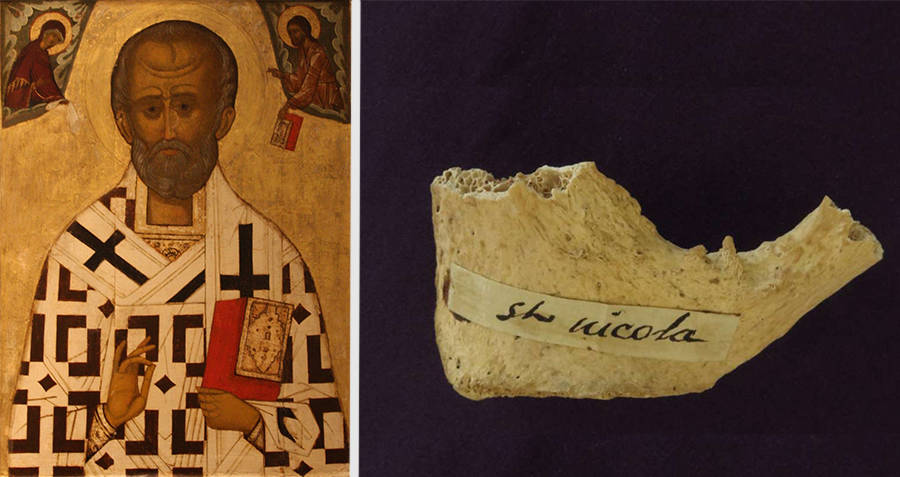 Wikimedia Commons/T. HIGHAM & G. KAZANSt. Nicholas and relic believed to have belonged to him.

After testing a bone fragment purported to be that of the saint that inspired the Santa Claus legend, Scientists from the University of Oxford have discovered that it could indeed have belonged to him, reported the Independent.

Through radiocarbon testing, they discovered the relic was a fragment of pelvis bone and dated to the fourth century A.D., the same era that the historical St. Nicholas is believed to have died. 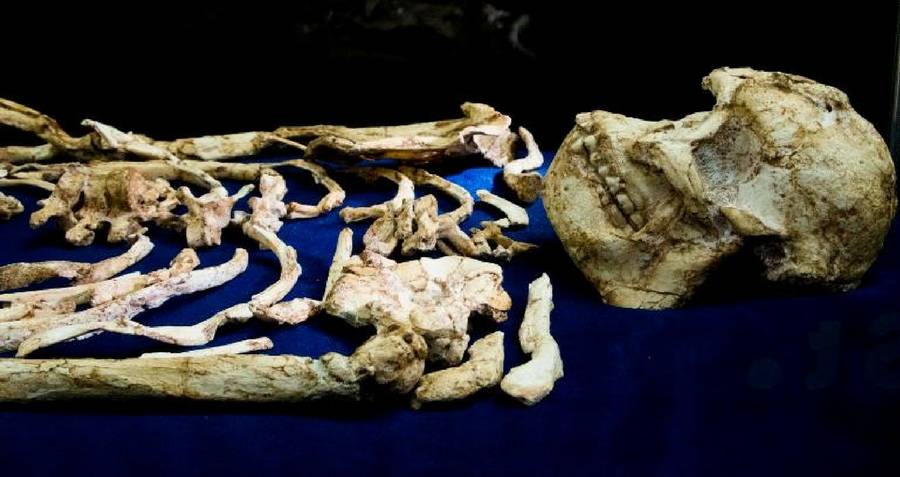 Millions of years after making their first appearance on earth, humans are finally unlocking some of the mysteries of their own evolution.

Scientists in Johannesburg, South Africa have unveiled a near-complete fossil of a hominid skeleton, dating back 3.7 million years, making it the oldest fossil hominid skeleton ever found in Southern Africa.