14 Historical Fashion Trends Best Left In The Past

From corsets to codpieces, these strange historical fashion trends make even less sense now than they did back then.

The relentless human desire to be en vogue is not rooted in the 21st century; it is, in fact, a need that we’ve expressed throughout the millennia. These 14 bizarre fashion trends will make you look and think twice about how far people will go to be a fashion icon of their day. 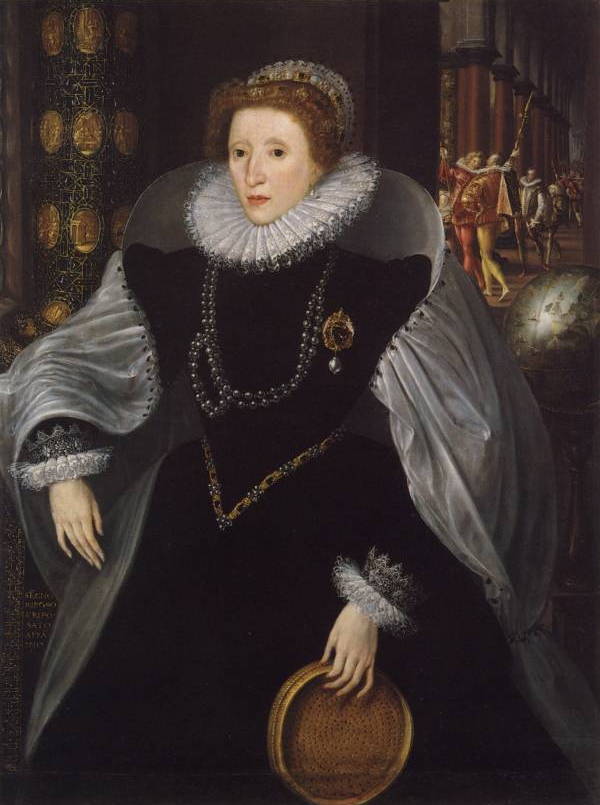 Queen Elizabeth I started the brief but disastrously unhealthy trend of black teeth. According to a number of sources, Elizabeth had an insane penchant for sweets, and this unfortunate habit culminated in noticeable tooth decay. The state of Elizabeth's rotten teeth shortly became a symbol of wealth and status among the nobility, as dental decay signified access to sugar, an expensive commodity in Tudor England. Similarly, blackened teeth became fashionable in late 19-century Japan as well.Wikimedia Commons 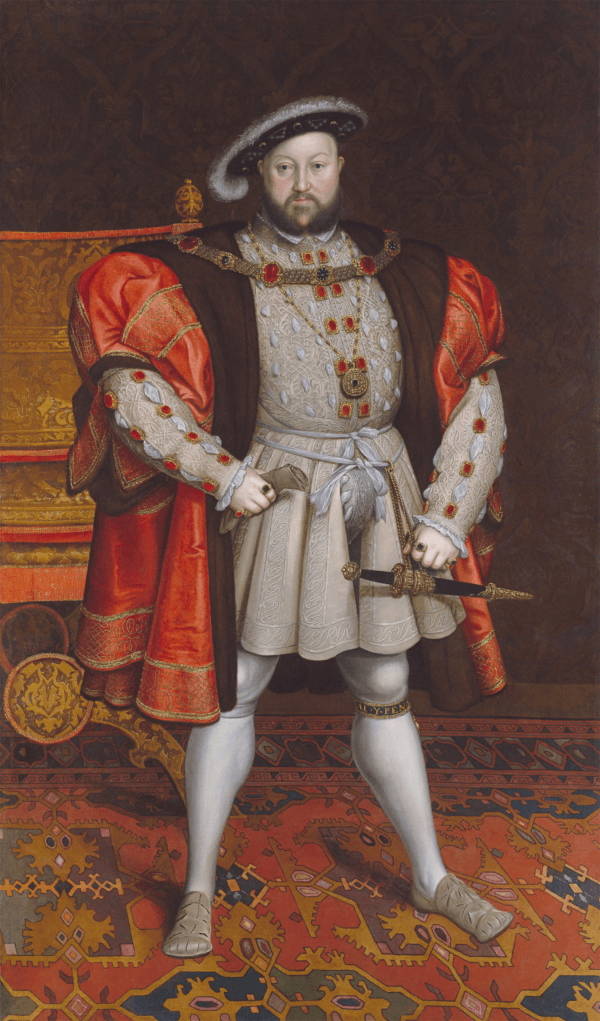 Codpieces were a flamboyant statement meant to emphasize the manhood of the wearer. Most notably, King Henry VIII of England wore this prominent accessory in both his portraits and in real-life.Wikimedia Commons 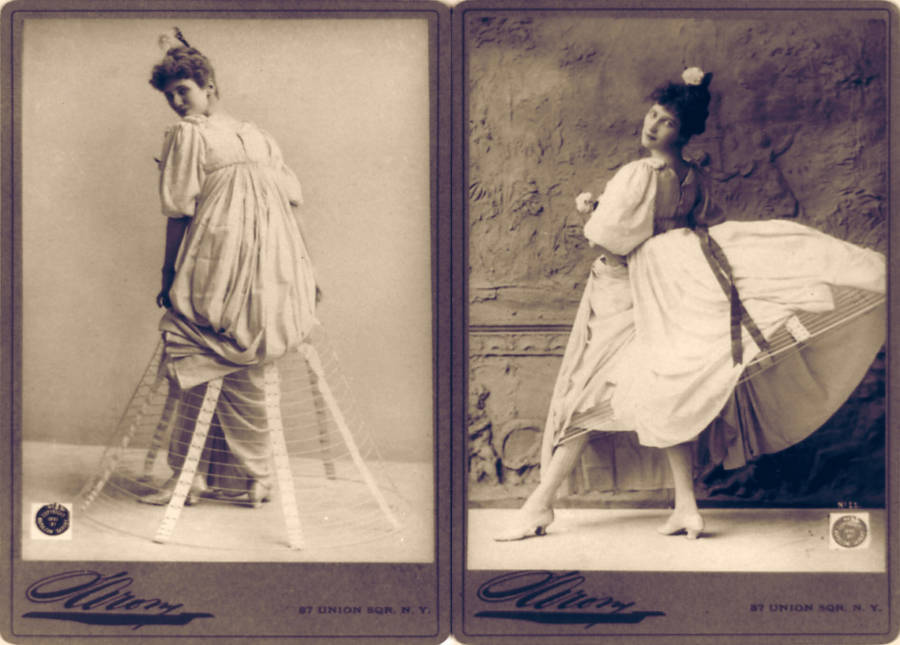 Hoop skirts made of crinoline, which reached the height of their popularity in the 1850s and 1860s, were so large that they allegedly saved Victorian women from drowning. They became so ubiquitous in Victorian society that magazines called this phenomena "Crinolinemania." Unfortunately, these voluminous skirts also had a habit of catching fire, and hundreds of fashion-conscious ladies reportedly caught on fire each year — some even died from it. Nevertheless, the hoop skirt's hold on fashion in Victorian society would continue on for decades.Wikimedia Commons 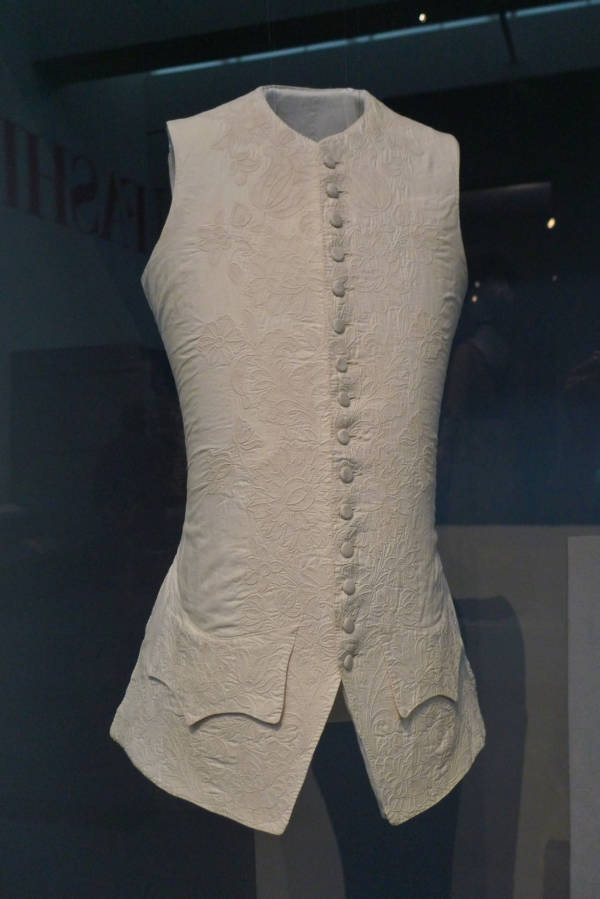 Corsets are normally associated with tiny waists, curvaceous hourglass figures, and fainting Victorian women, but these waist cinchers were not worn by women alone. Victorian men in the 1820s and 1830s began to wear corsets in order to achieve a narrower waist. By the Victorian era, the ideal male type had begun to shift toward having wide shoulders, a strong chest, and a pinched waist.Wikimedia Commons 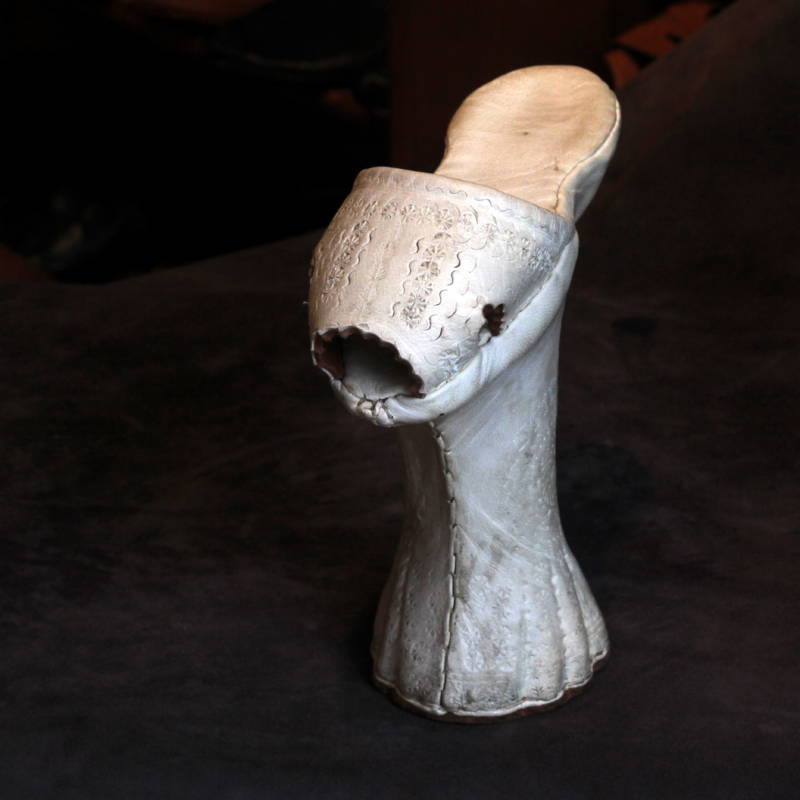 Popular in 16th and 17th century Venice, the tall platform shoes known as chopines were worn by Venetian noble women to travel along muddy roads. However, the shoe quickly became taller and taller, as the height of the shoe signified the precarious status of the noble.Wikimedia Commons 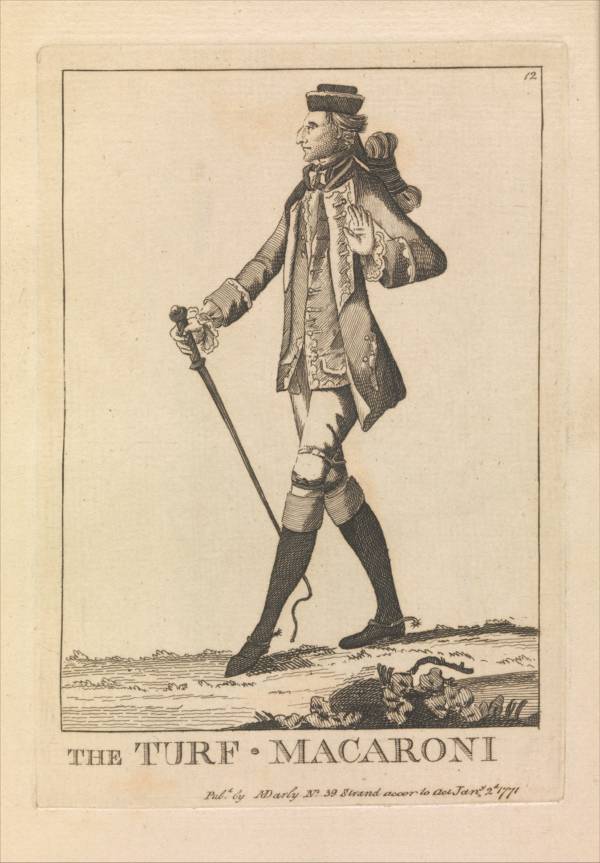 Named after the Italian pasta, macaronis were the fashionable men who quickly became notoriously recognizable due to their tall and exaggerated wigs, bright colors, and tight clothing. This audacious style of fashion was designed for aristocratic Englishmen that were on a “Grand Tour” of the European continent in the 1760s. These young nobles dressed this way to denote their sophisticated and cosmopolitan outlook.Metropolitan Museum of Art 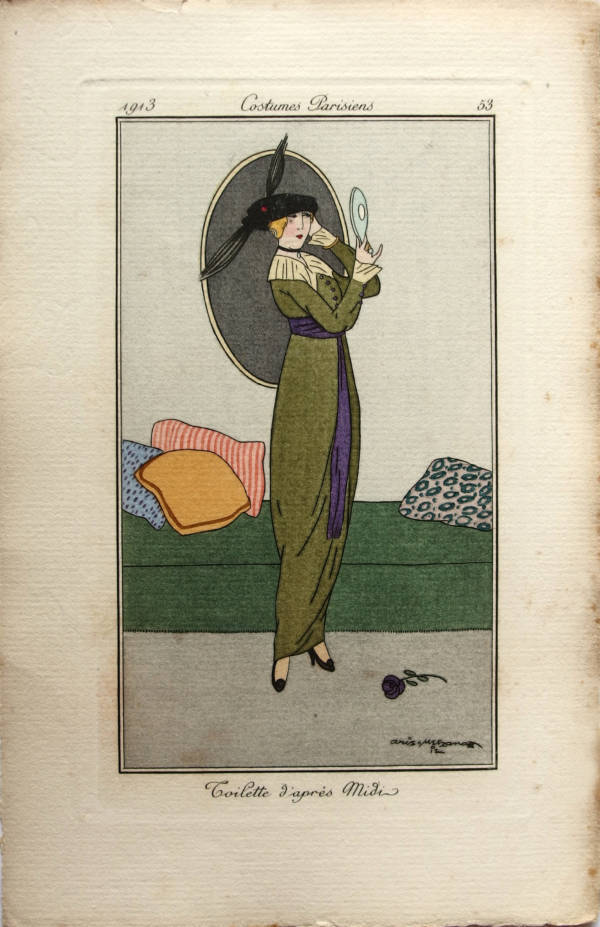 In 1914, hobble skirts, extremely tight ankle-length skirts, were at the height of fashion. Women traded in their heavy petticoats for this early prototype of the pencil skirt. However, this en vogue fashion piece came at a price: women could walk only in tiny, measured steps. Critics derided the hobble skirt as indiscreet and wasteful; and with the advent of World War I, these couture skirts faded into obscurity.Wikimedia Commons 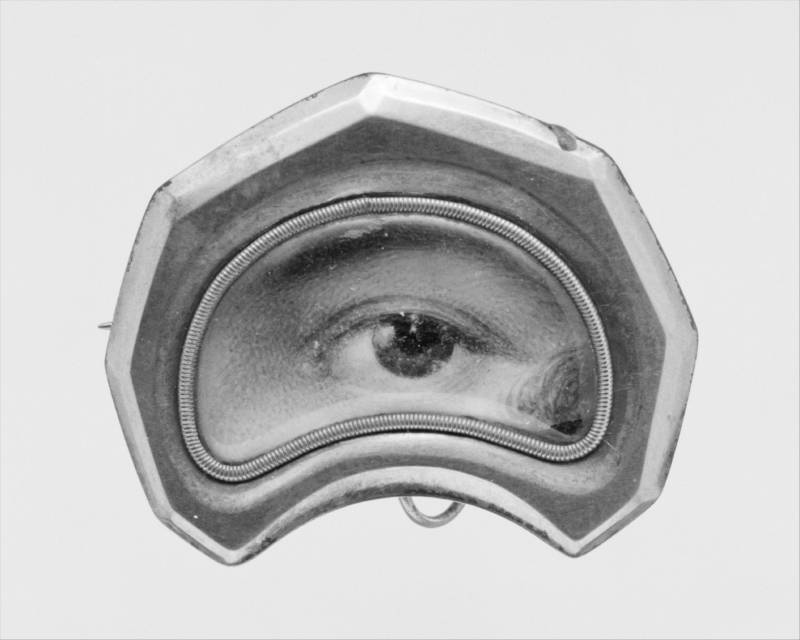 The eye miniature is an obscure and romanticized art form that briefly gained popularity among Europe's rich and elite during the late 1700s and early 1800s. The miniatures, often worn as jewelry, were popularized by an illicit affair between King George IV of England, and an unknown commoner named Maria Fitzherbert. Despite intense disapproval from the royal court, the two married in secret and commissioned portraits of their eyes as secret tokens of affection.Wikimedia Commons 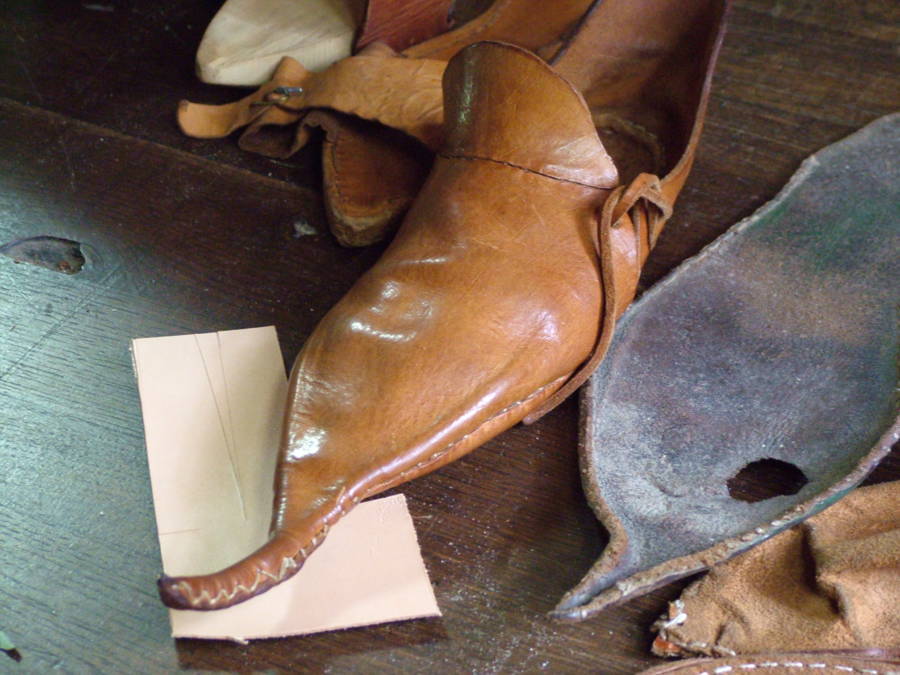 Crakows (or poulaines) are shoes with an exaggerated beak and elongated form. This eye-catching shoe was worn by both sexes — generally the men's version had a longer and pointier tip — in 15th-century Europe, but only the wealthiest aristocrat would wear the most extreme version of the crakow.Wikimedia Commons 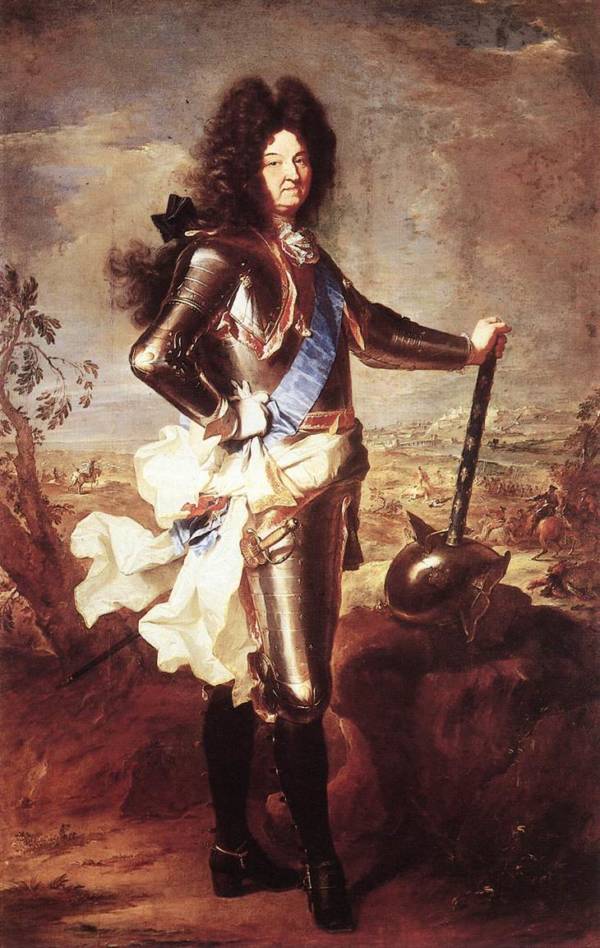 Wig-wearing rose to the height of fashion among the French nobility when King Louis XIV began going bald (most likely due to syphilis) and began wearing flamboyant wigs. Noble men and women in the French court began to follow suit, and would wear lavish white powdered wigs as well.Wikimedia Commons 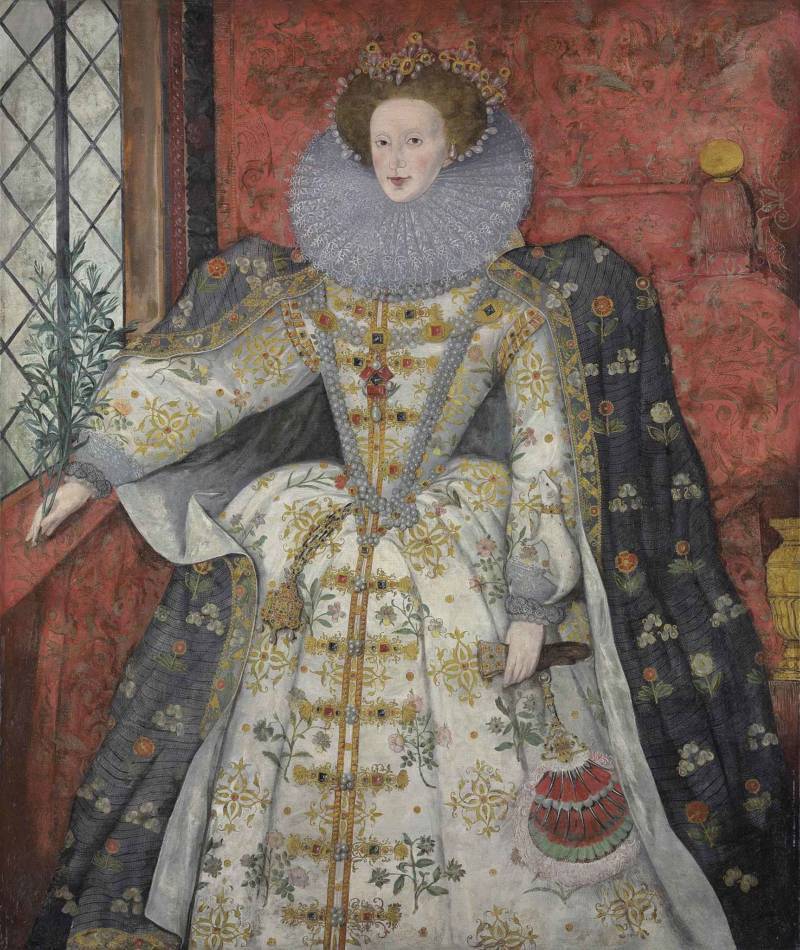 The Tudor ruff has become an emblem of the Elizabethan age. Queen Elizabeth I preferred these suffocating neck collars made out of a fine linen, but the ruff quickly grew in popularity and in size, as it became outfitted with a metal skeleton to give it a more exaggerated shape.Wikimedia Commons 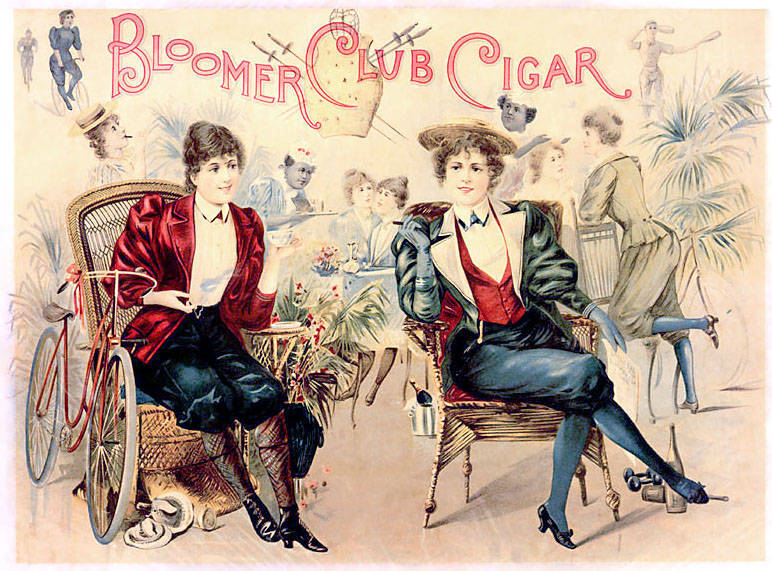 Fashion has often been used as a political statement, and bloomers are no exception. Women's rights activists in the 1850s wore bloomers (or Turkish pantaloons) as part of an overall reform that would liberate the common woman. However, men in Victorian society saw bloomers as an erosion of common decency and a threat to the established domain of men. Ultimately, these Turkish pantaloons survived only as a short-lived trend.Wikimedia Commons 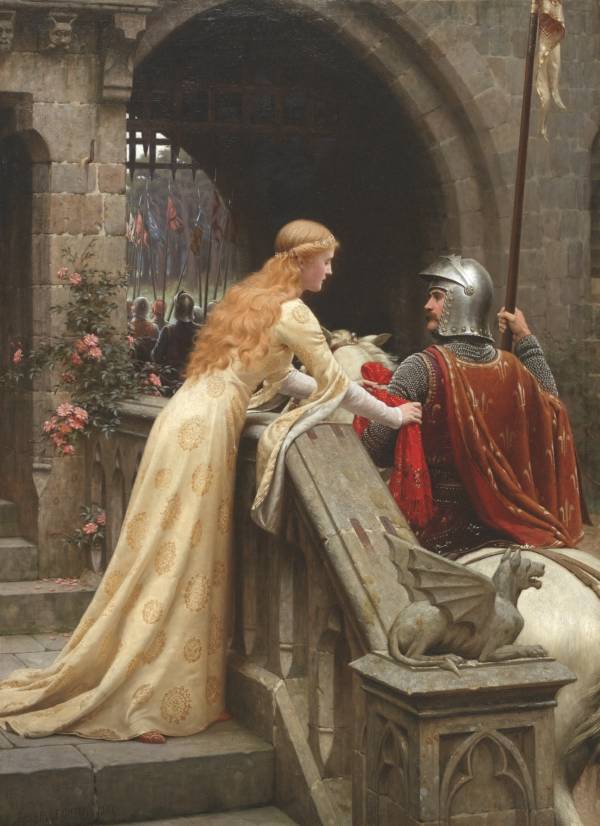 Bliauts were dresses with extraordinarily long sleeves — normally floor-length — that were designed to restrict movement of the wearer’s hands. The purpose of the Bliaut was to signify the upper-class status of the wearer because the only tasks that the noble could perform were idle, domestic duties such as: knitting, embroidering, and praying. Despite such impracticality, this uncomfortable dress became quite trendy among the upper echelons of medieval French society. Wikimedia Commons 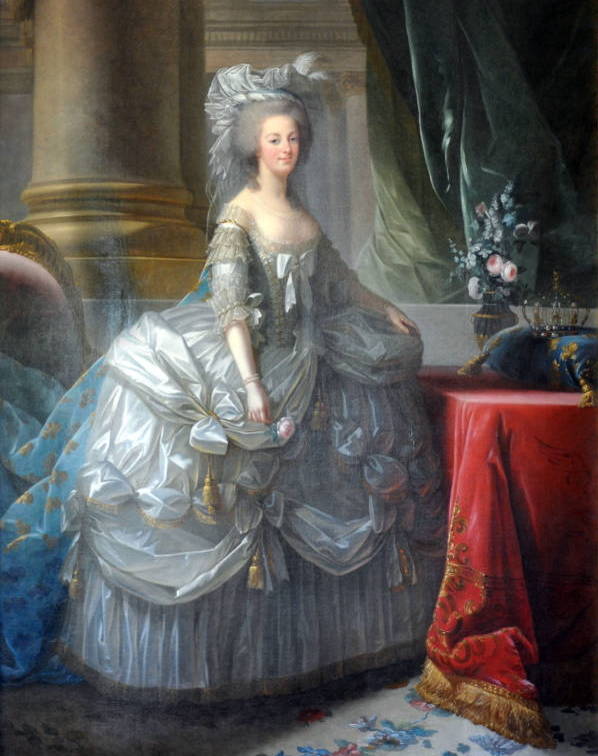 Panniers (or side hoops) were designed to be worn under the dress, and were engineered to extend the width of the skirt on the side while leaving the front and back of the dress quite flat. The extreme width of panniers tended to be rather inconvenient as a lady often had to turn sideways to walk through a door.Wikimedia Commons

Next, experience the cruel history of women's fashion. Then, see some of the most incredible flapper fashions of the Jazz Age.