What Donald Trump Gets Right

The Impact Of Free Trade Deals On The Working Class 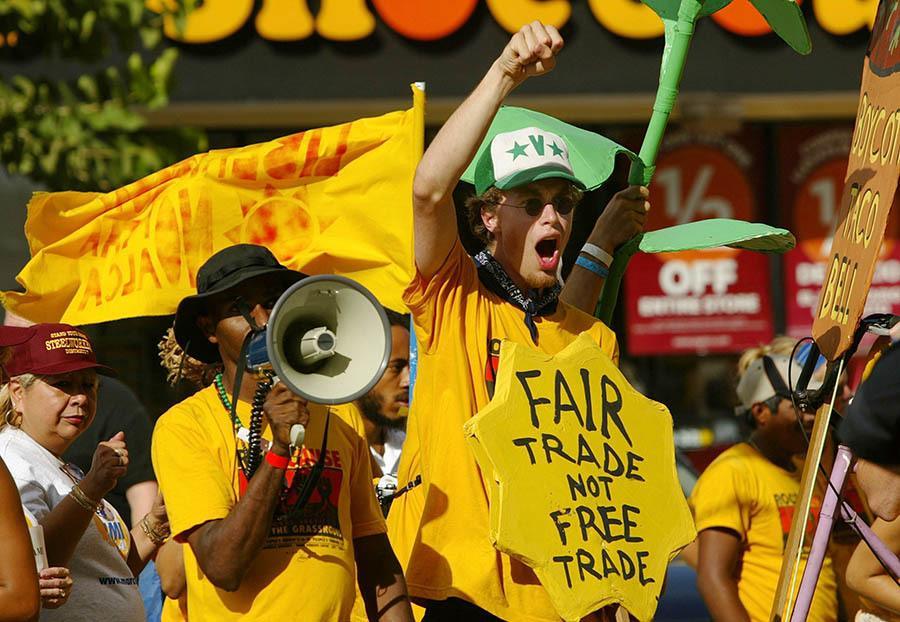 In a February Republican debate, Donald Trump quipped, “We are killing ourselves with trade pacts that are no good for us and no good for our workers.” In this remark, Trump refers to the North American Free Trade Agreement (NAFTA) along with the twelve other free trade agreements that the United States has signed since 1994.

When passed, then-president Bill Clinton said that NAFTA would “[mean] jobs, American jobs and good-paying American jobs.” And while it is true that the treaty has yielded jobs in transportation, energy and agriculture in the 20-plus years that have elapsed following its enactment, not all Americans have benefited equally from the treaty, or at all.

According to a 2014 report by consumer rights advocacy group Public Citizen, in order to get NAFTA passed, corporations including General Electric and Chrysler vowed to create a certain number of jobs. The bill passed, and these companies did create jobs, but not on American soil. Instead, these companies fired American workers and moved operations to countries like Mexico and Panama.

GE and Chrysler were not alone in transplanting production outside of America: The language of NAFTA — empowering the corporation and effectively incentivizing the outsourcing of labor and production — resulted in a massive trade deficit and job loss in the American manufacturing sector.

Likewise, while it is true that NAFTA has made certain consumer goods cheaper, they are not cheap enough to offset the wages lost under NAFTA. According to the report, “U.S. workers without college degrees (which constitute a majority of the workforce) likely have lost a net amount equal to 12.2 percent of their wages under NAFTA-style trade even after accounting for gains from cheaper goods.”

“[NAFTA’s] been very good for protecting the interests and concerns of the multinational corporations, so that they can move their production, their jobs, around from country to country with very few obstacles. And it’s not so good for the people left behind. Almost all the benefits are going to the folks at the top, and increasingly at the very, very top, like the 0.1 percent of the top of the income distribution.”

It is likely the case that the demand for American manufacturing jobs were already falling by the time NAFTA was passed, but that is not necessarily the point Trump makes. What he says, and what others worry about as the Trans Pacific Partnership inches closer to ratification, is that these trade agreements seldom have the average American worker in mind as their primary beneficiary; rather, as Trump contends, these agreements use the power of the state to privilege a global economic elite while demanding that the American worker simply adapt to the consequences of less jobs and lower wages.