Tantra Is Not What You Think It Is

Ever since tales of Tantric sex reached the West, many have attempted to understand Tantra — and have gotten it very wrong.

I teach Ayurveda (Indian Holistic Medicine) at The Institute of Holistic Nutrition in Vancouver, something I first picked up while living as a Buddhist monk over a decade ago. Ayurveda is strongly influenced by Tantric spiritual traditions, and so I teach a very brief introduction to those traditions as part of my course.

Every time I do, I ask my students, “What is the first thing you think of when you hear the word ‘Tantra’?” 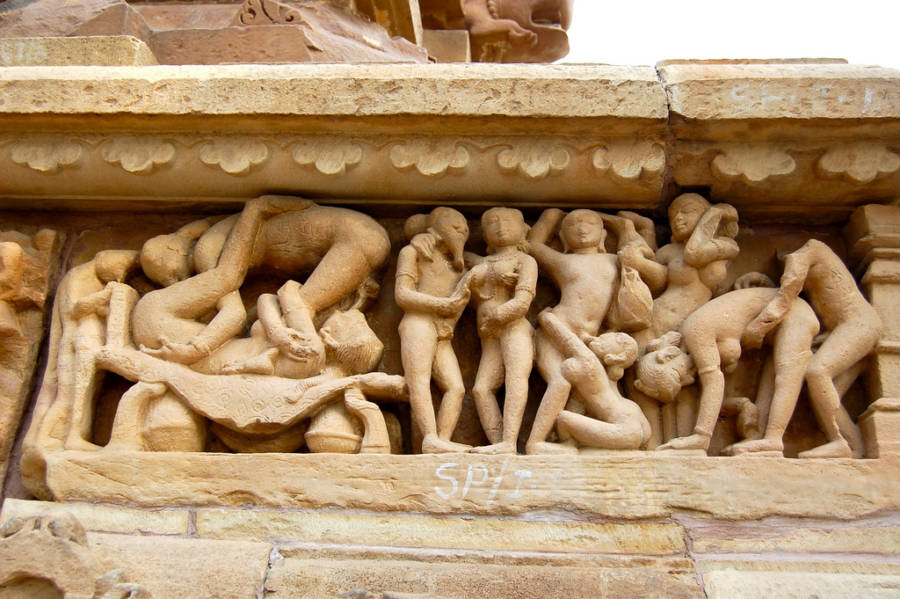 Manuel Menal/FlickrErotic stone carvings adorn the outer walls of the Lakshmana Temple in Khajuraho, India. The carvings on this temple and others in the Khajuraho Group of Monuments are widely believed to depict acts of Tantric sex and have become relatively well known, if also misunderstood, in the West for that very reason.

It’s rare that a student answers, but the smiles that spread throughout the room are response enough: Sex.

What People Think Tantra Is — And What It Really Is

Most people think Tantra is a spiritual approach to sex (or perhaps a sexy approach to spirituality), or a modality of sexual healing. The story goes that in ancient India there existed a Tantric culture which, unlike prudish, dualistic Western spirituality, was a sex-positive, proto-feminist, sensual paradise. 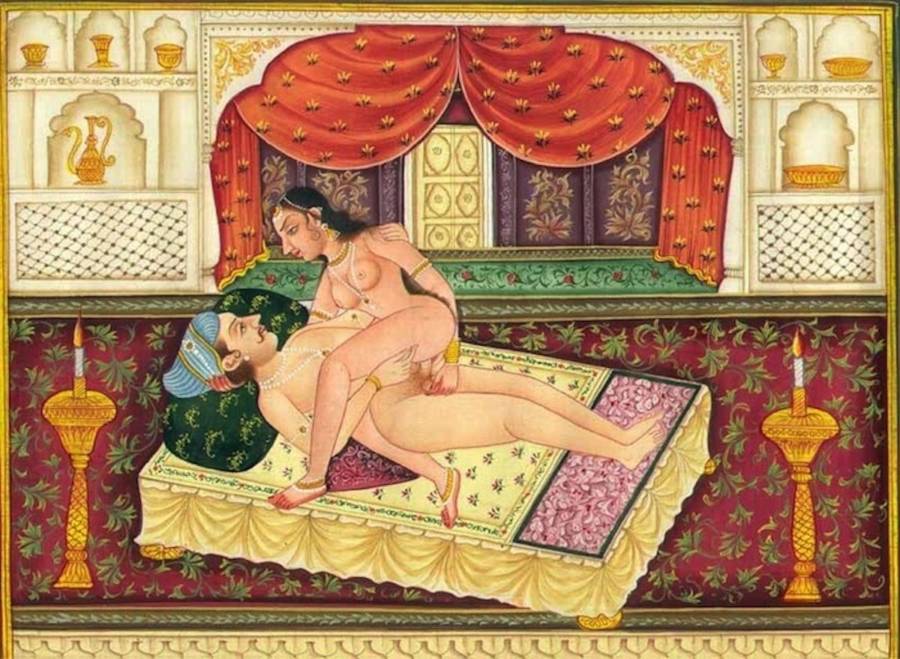 Wikimedia CommonsAn illustration depicting sexual intercourse, taken from the Kama Sutra, an ancient Hindu text. Like Tantra, the Kama Sutra has become widely misunderstood in modern Western culture, with most focusing only its relatively minimal sexual aspects. Principally for this reason, Tantra and the Kama Sutra are in fact sometimes confused and conflated in the Western imagination.

The real story is more complicated. Tantra arose as a reclamation of practices that had been excluded from or minimized in Orthodox Vedic Hinduism, the mainstream Yoga traditions, and heterodox traditions like Buddhism and Jainism. These practices included ritual innovations, magical spells, violence, mind-altering substances, and sex.

Tantras were then a type of esoteric text which arose in different Hindu lineages beginning in the fifth century. These texts were also written by Buddhists and Jains, and thus came to have a massive influence throughout India and beyond between the ninth and 14th centuries.

The reclamation and spiritual recipe books yielded a worldview that supported and explained the practices in them. This pairing of philosophy and practice is axiomatic in Indian religion and is sometimes referred to as view and path.

The view of Tantric texts was generally consistent across Hindu lineages. It stated that all of reality is an expression of divine energies. To be born is to flow out from the unmanifest Godhead, and enlightenment is to flow back.

Because all of reality is ultimately beyond good and evil and merely an expression of divine energy, the texts state, all of reality can be used to reach the divine. The enlightened being realizes this fact. 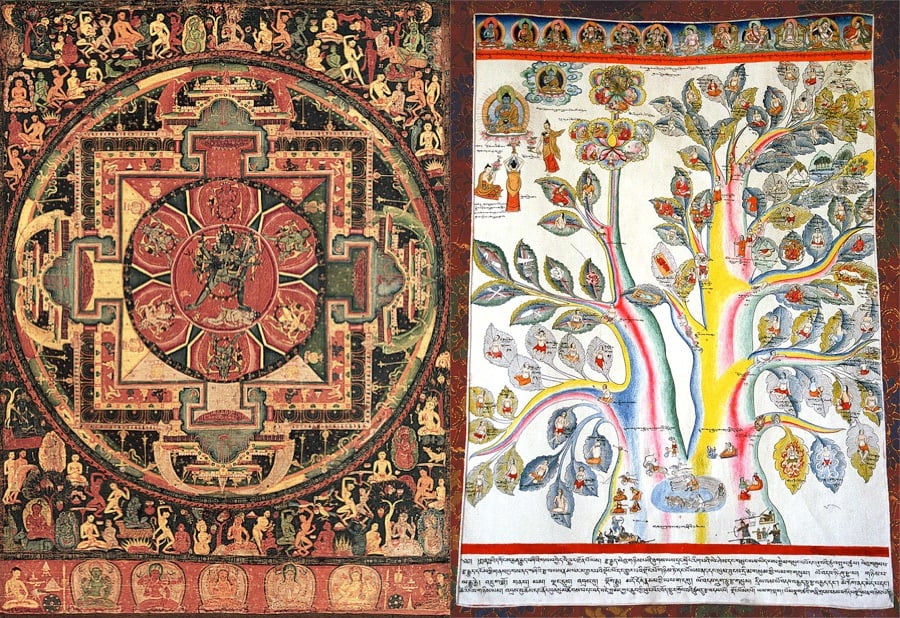 Wikimedia CommonsLeft: A ritual diagram from Nepal circa 1100 depicting several deities who embody the knowledge of the Yoga Tantras. Right: A late 17th century Tibetan painting that serves as an overview of several Tantras related to health and medicine.

This realization comes via, at the very least, the use of the body as a spiritual tool, use of complex physical rituals, chanting of sacred words, and some degree of transcending dualistic perceptions of good and bad, sacred and profane.

The more genteel manifestations of Tantra used ritual, chant, breathwork, and visualization, but stayed within the limits of mainstream values (i.e., they were vegetarian, nonviolent, abided by virtues, observed sexual morality, avoided alcohol and drugs, did not use sexual rituals, and observed basic purity laws). Adherents of these ideas became known as the Dakshinamarga, or “right-hand” Tantric practitioners.

Less genteel were the Vamachara, or “left-hand” practitioners (in India the right hand is used for eating, and the left hand for wiping yourself). These were a small minority associated with some of the wilder sects. The taboo practices they embraced included meat-eating, hunting, animal and human sacrifice, the use of alcohol, cannabis and hallucinogens, spirit possession, the worship of terrifying or violent deities, the extensive use of magic and spells, and yes, ritual sex. 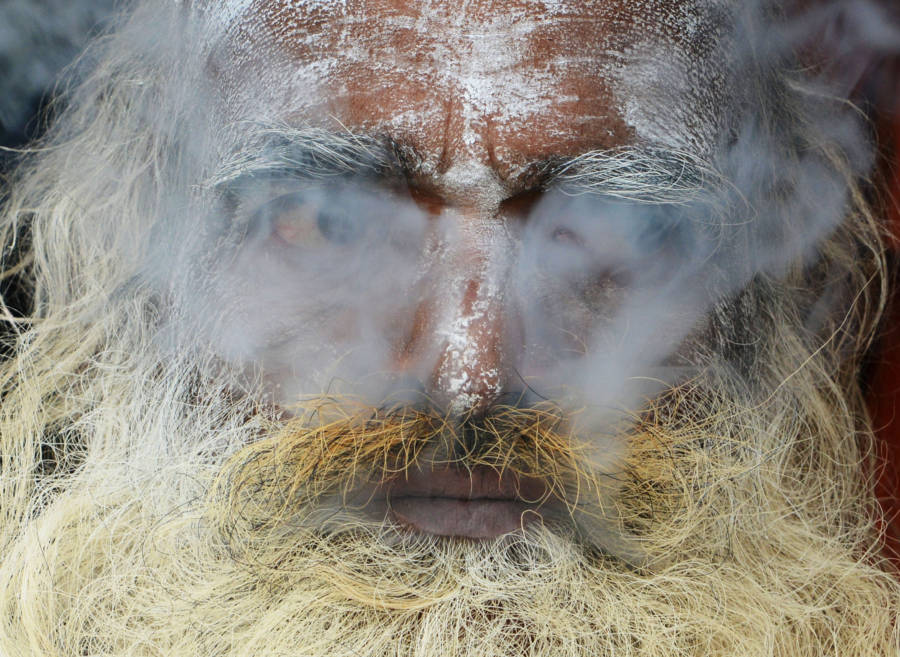 The “magic and spells” part of the equation led to the widespread association in the Indian mind between Tantra and black magic. As renowned scholar of Tantra David Gordon White chronicled in Sinister Yogis, for centuries in India the tantric master, or “yogi,” has been perceived as a kind of bogeyman to the extent of being invoked to scare children lest they be “stolen by the yogi.”

Sexual rituals among the Vamacarins usually included worshipping a woman as a manifestation of a female deity and then having sex with her. The point, though, was not to promote intimacy or better orgasms for anyone, and the humanity of the women was arguably less than well-respected. In the words of scholar Serinity Young, Tantra “is not and was never about gender equality.”

One ritual, in a text known as the Brihat Nila Tantra, still hints at this lack of equality and respect. It directs that after you worship the woman’s breasts and vagina by writing mantras (sacred words) on them and whispering the same into her vagina, you “pull her toward yourself by her hair” and have intercourse. The woman is an object of worship and use, treated in a surprisingly domineering fashion.

Likewise, other Tantras discuss conferring blessings by placing your penis in the mouths of women, having group sex with girls (age 12 to 20), and offering your sexual consort to your male guru for his use.

The ideal woman is always described as “young and beautiful” (which generally meant teenage girls) and was best when a transgressive choice like a poor outcaste girl or prostitute (both of which could also be either bought, kidnapped, or seduced without repercussions). “The preferred female tantric consort is a young and marginal woman without social power,” writes Young.

Some of the more extreme tantras go beyond this, such as the Buddhist Guhyasamaja and Cakrasamvara Tantras, which contain extensive instructions on using magic spells and potions for the purposes of rape and recommend ritual incest as offering spiritual reward.

The underlying logic is that through engaging in forbidden practices, one can transcend dualistic thought, tap hidden power sources, and unite with the divine. Doing so would result in the widespread Tantric goals of siddhis (magical powers), physical vitality, and even immortality. 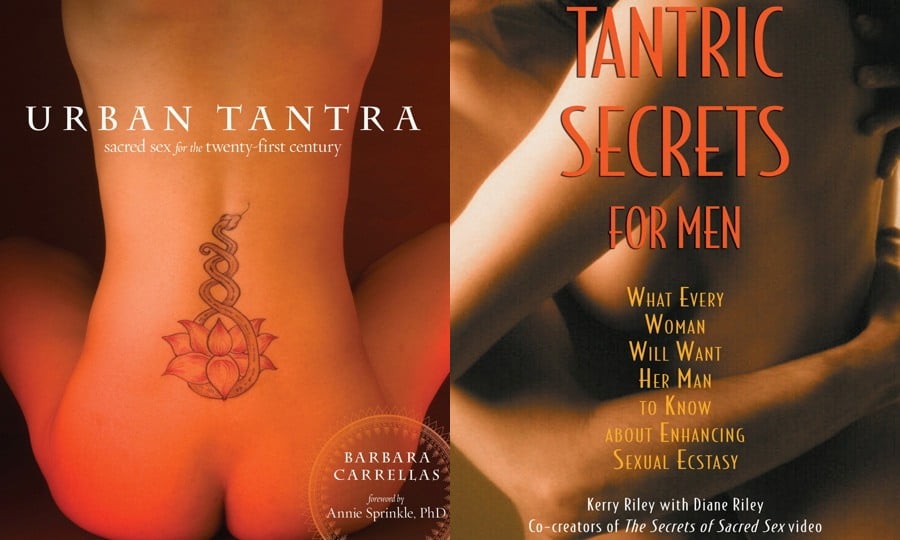 In the West today, “Tantra” has become big business. One can buy Tantra underwear (“Guaranteed prolonged underwear pleasure. Just breathe”); buy a Tantric massage at, for example, Vancouver’s “Red Lotus Temple of Tantra” (whose claim not to offer sexual services you can judge for yourself); or take pole dancing classes at Tantra Fitness (also in Vancouver).

The more serious side of Tantra today is seen in its embrace as a mode of sexual healing by people like Caroline and Charles Muir. The Muirs and countless teachers like them combine breath and bodywork, meditation, counseling, and couple’s exercises which they claim heal sexual and psychological trauma, promote intimacy and love, and improve orgasmic intensity and frequency.

Tantric teachers like the Muirs go to great lengths to present their teachings as grounded in ancient Tantra. Their teachings, however, are certainly not grounded in actual Tantric sexual practices. At best, they are an application of the right-hand Tantric worldview that everything is divine and can be used for spiritual purposes.

Yet it remains the case that Tantric spirituality did not aim at improving love relationships, sexual healing, or simply enjoying our bodies and the world. Its purposes were transcendence of the world, knowledge of the divine, and magical power.

Nevertheless, as German Indologist Georg Feuerstein writes in the epilogue of his book Tantra: Path of Ecstasy:

“Many are attracted to Neo-Tantrism because it promises sexual excitement or fulfillment while clothing purely genital impulses or neurotic emotional needs in an aura of spirituality…today translations of several major Tantras are readily available in book form…This gives would-be Tantrics the opportunity to concoct their own idiosyncratic ceremonies and philosophies, which they can then promote as Tantra.”

Geoffrey Samuel, a scholar of Tantra and Yoga, differs:

“‘Tantra’ as a modern Western sexual and spiritual practice, however complex and contested its origins in Asia… took up themes of considerable depth and significance within Western culture, and synthesized them creatively with borrowings from Buddhist and Hindu sources.”

Either way, the fact remains that modern Tantra, or Neo-Tantra, is primarily a product of Western cultural preoccupations.

After reading about what is tantra, have a look at some incredible, ancient tantric sex art. Then, check out Becklard’s Physiology, the randy Victorian’s guide to sex. Finally, check out weird sex facts you really don’t want to know.