What We Love This Week, Volume I 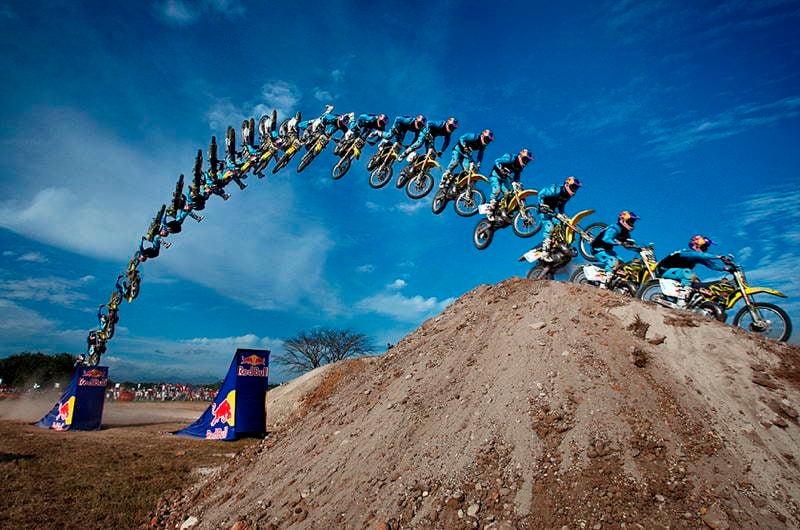 Critics of photography sometimes cite that it’s the medium’s lack of movement that renders it ultimately superficial. But where the standard photo stops at a camera’s catch of a single moment in time, action sequence photography continues. High-shutter speeds and a sturdy tripod bridge the gap between the static and the dynamic to create a photo unique in its two-dimensional expression of time, motion and energy. For more amazing action sequence photography, be sure to see The Roosevelts’ gallery.

The Most Mind-Boggling Beauty Pageants Ever 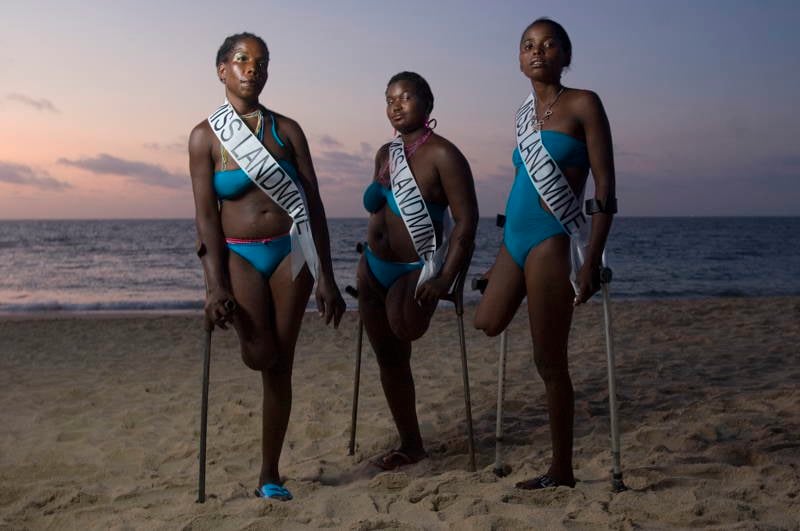 Though the contest lasted for only a year, its impact on the lives of its participants and their families is infinite. While on holiday in Angola, Norwegian theater director Morten Traavik noted the staggering amount of female victims of land mine devastation throughout the country’s 20-year civil war. Consumed by the imagery and the stories these women had to tell, Traavik eventually conceived “Miss Landmine,” an unconventional and European Union-supported take on the modern beauty pageant as a way to spread international awareness on the issue. Not ones to play the often-powerless role of “victim,” its participants discarded any self-consciousness and emerged as confident, empowered women shedding light on war’s devastating effects as well as beauty’s multifaceted forms. For more incredible takes on what it means to be beautiful, head over to List Verse.

The Outrageous World Of Impossible Architecture 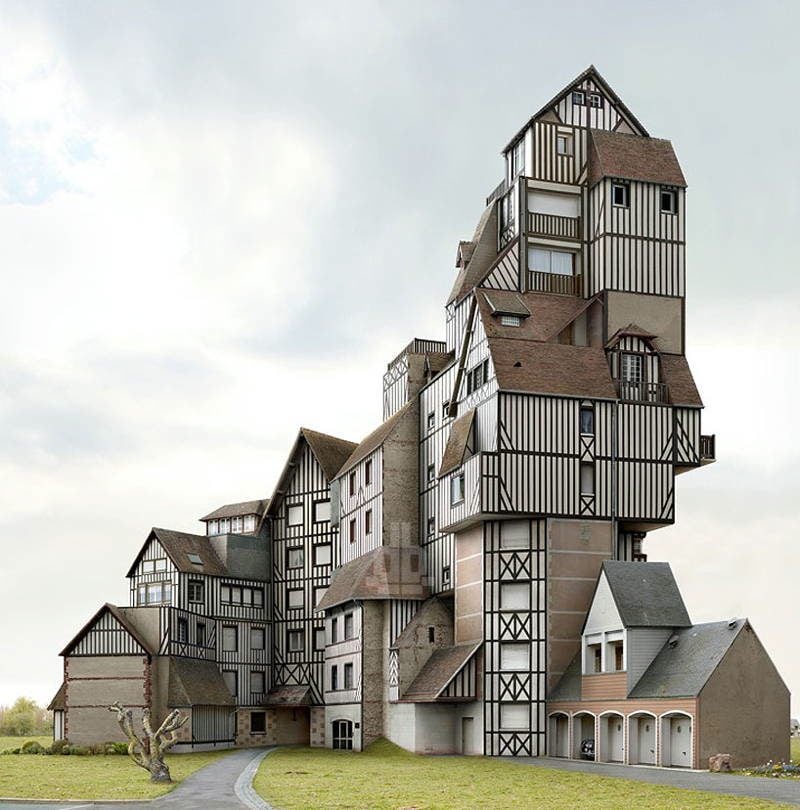 It takes imagination to create great design; it takes a great designer to encapsulate imagination within four–though often more–walls. That other-worldly innovation can be found in none other than Belgium-based photographer Filip Dujardin. While Dujardin’s designs only exist within a highly-pixelated, two-dimensional form in various galleries around the world, they are nevertheless impressive. Dujardin utilizes digital collage techniques to create spaces founded upon the absurd, fenced by the fantastical and roofed by the surreal. To see Dujardin’s greatest hits, check out Design Boom’s gallery. 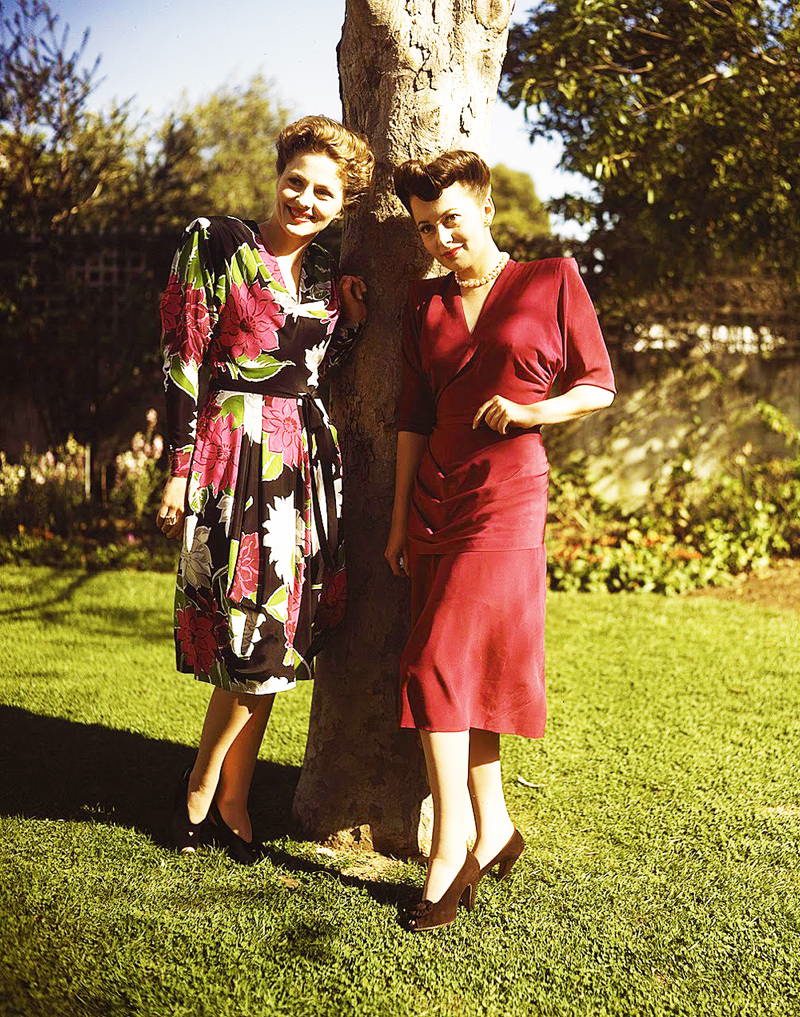 As workers have already begun to unroll the red carpet for this weekend’s Oscars, why not throw a little history into your Oscar-night ritual? Writers at Mental Floss provide the sordid history of Olivia de Havilland and Joan Fontaine, two sisters whose relationship–now defined by public snubs, sneers and slammed doors–was torn apart by their relentless pursuit of one golden little man. 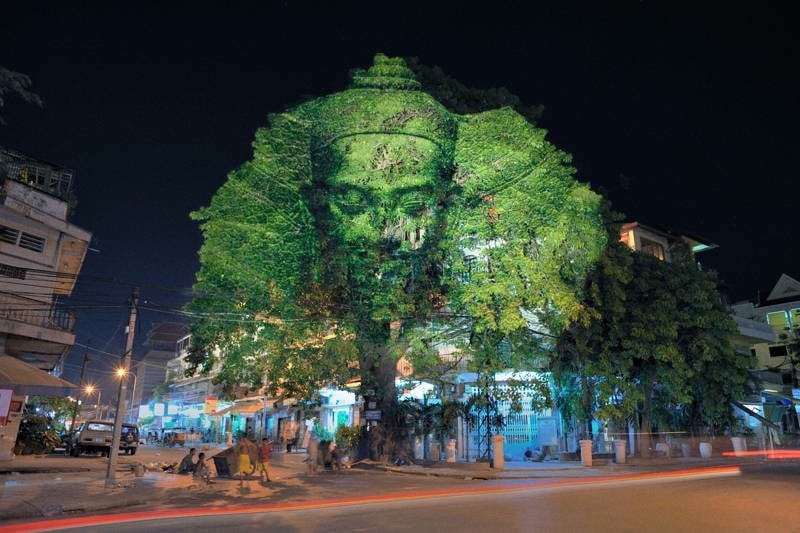 French photographer Clement Briend once said in an interview that he “always wanted to photograph the world without being too faithful to what it is.” That distorted, Lewis Carroll-esque reality couldn’t be any better actualized than in his projection art in France and Cambodia. Utilizing multiple-photo, large format projectors modified for optimal lighting and a leaf and bark-based canvas, Briend convenes the natural with the supernatural in a way that conjures whimsical–and occasionally ghoulish–fantasies on the distinction between the real and the sublime. Be sure to explore Slightly Warped for a more extensive set.