Who Invented Ice Cream? Inside The Surprisingly Long History Of The World’s Favorite Frozen Treat

Frozen desserts date all the way back to ancient China around 200 B.C.E., but a staggering number of ice cream innovators over the centuries have helped perfect the treat we enjoy today. 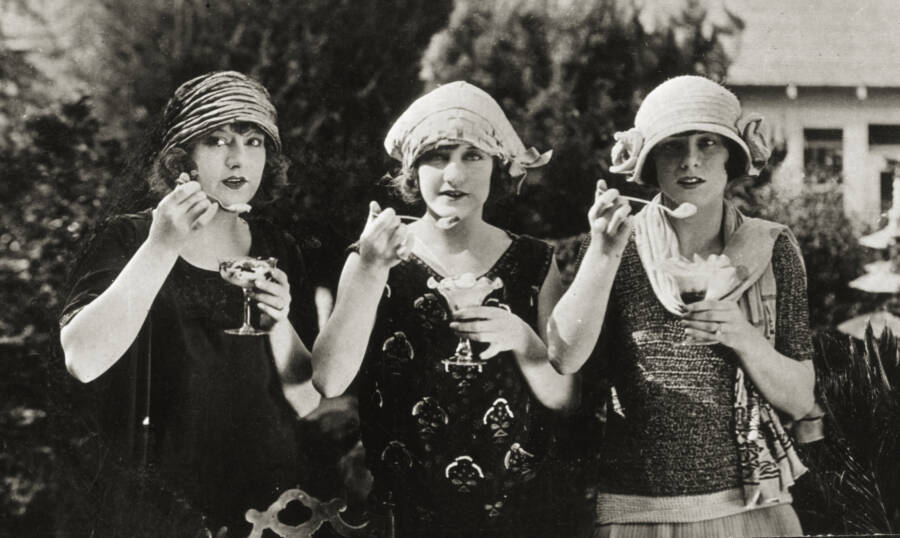 Throughout much of the world today, ice cream is everywhere. Children chase after ice cream trucks in the summer, the heartbroken dig into a pint after a break-up, and this frozen favorite fills entire aisles at grocery stores. But even though we all take it for granted these days, the question remains: Who invented ice cream?

This popular dessert wasn’t invented all at once. Rather, the invention of ice cream as we know it today took centuries. Ancient people in China and Egypt toyed with flavored ice, while everyone from Italians to the French to Black Americans helped modernize the dessert millennia later. Meanwhile, inventions like the sundae and the ice cream cone were often born out of pure happenstance along the way.

From its earliest origins in the ancient world to the tasty treat we now know, this is the long and surprisingly complex history of ice cream.

Many modern-day humans enjoy having a frozen treat. And so, it seems, did their ancient ancestors. Kitchen Stories reports that people in China added fruit juices to crushed ice in 3000 B.C. and that ancient Egyptians similarly came up with inventive techniques to freeze water.

“When you put water in a porous clay container and wrap it with a wet cloth, evaporation would pull the heat out of whatever was in there,” food historian Sarah Wassberg Johnson told Reader’s Digest. “Or, in desert areas where it would freeze at night, they would put out very shallow dishes filled with water and get a thin piece of ice that way.”

“In the ancient world, lakes didn’t really freeze in the Mediterranean and Middle East, so they were getting glacial ice and snow from high up in the mountains,” Wassberg Johnson told Reader’s Digest, explaining that, given their cost, frozen treats were only enjoyed by the very wealthy.

So, how was modern ice cream invented? It took a couple hundred more years, and the inclusion of dairy, for the creation of the dessert we recognize today. 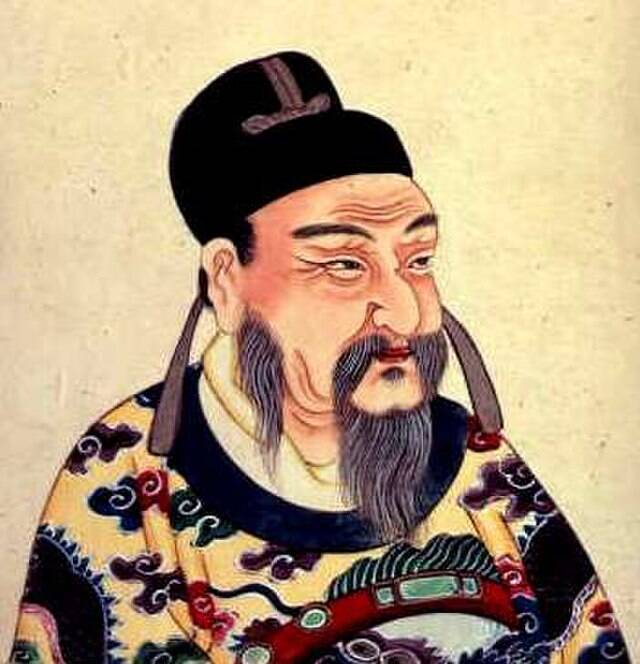 Public DomainGaozu of the Tang Dynasty was one of the Chinese emperors who may have enjoyed an early version of ice cream.

Most sources seem to agree that the earliest “ice cream” came from China around 200 BCE The BBC and Reader’s Digest report that people ate a very early version of ice cream made of ice, rice and milk.

“Around 200 BCE, there’s a reference to people in China eating [a combination of] milk and rice that was frozen in the snow,” Wassberg Johnson told Reader’s Digest.

A few hundred years later, the Chinese emperors of the Tang Dynasty (618 A.D. to 907 A.D) apparently enjoyed a similar treat. They mixed milk and an aromatic substance called camphor, then froze it. For that reason, you could arguably say that ice cream was invented in China. But the dessert continued to evolve over the subsequent centuries.

In the 11th century, people in ancient Persia began experimenting with an ice cream-like dessert called “sharbat.” According to PBS, they often flavored this icy drink with cherry, pomegranate or quince. Wassberg Johnson told Reader’s Digest that “sharbat” is “probably the closest ancestor, at least linguistically, to ice cream, and where the word ‘sherbet’ comes from.”

From there, possibly because of the Crusades or even the explorer Marco Polo, the idea for a frozen dessert started to make its way west to Europe. PBS reports that a 17th-century man named Antonio Latini was the first person to write down a recipe for a sorbetto, or sorbet.

From there, the idea rapidly spread across the European continent. The Italian royal Catherine de’ Medici brought it to France when she married King Henry II in 1533. And a Sicilian named Francesco Procopio dei Coltelli opened Café Procope in Paris in 1686, where he served a blend of frozen milk, cream, butter and eggs — or, gelato. 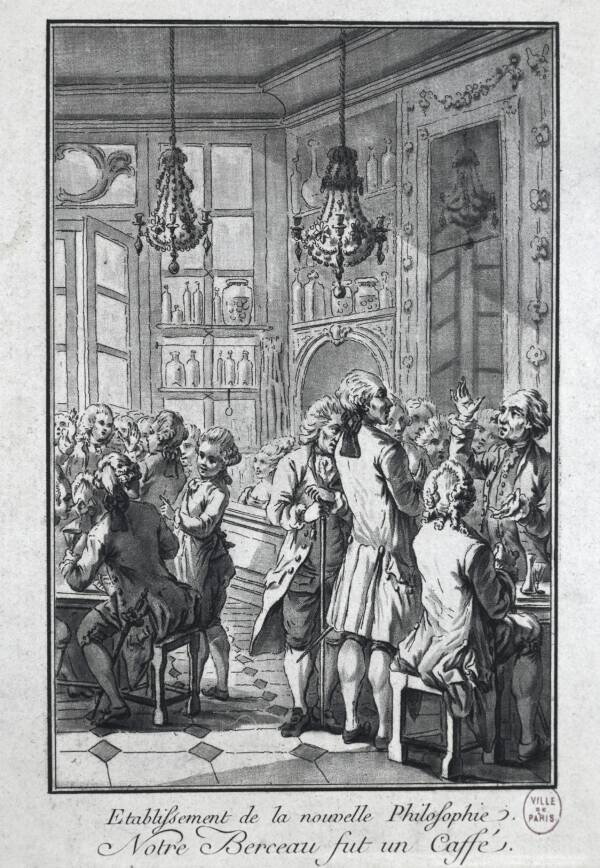 DeAgostini/Getty ImagesA depiction of intellectuals at Paris’s Cafe Procope, where people could have eaten an early version of ice cream.

Meanwhile, the invention of ice cream spread across the Atlantic Ocean. George Washington allegedly spent $200 on ice cream in 1790, and Thomas Jefferson similarly kept “ice houses” where he could store his favorite dessert. But it was often Black Americans who helped ice cream evolve.

For example, it was Jefferson’s enslaved chef, James Hemings, who helped perfect vanilla ice cream after spending time with Jefferson in France. And it was a free Black man who worked as a White House cook, Augustus Jackson, who historians believe first added salt to ice cream to lower its temperature. He’s called the “Father of Ice Cream.”

According to the International Dairy Foods Association, ice cream became widely available in the 19th century. And that’s when ice cream developed even more with the invention of “ice cream cones” and “ice cream sundaes.” So how were these iconic ice cream inventions born?

How Ice Cream Became The Dessert We Know Today 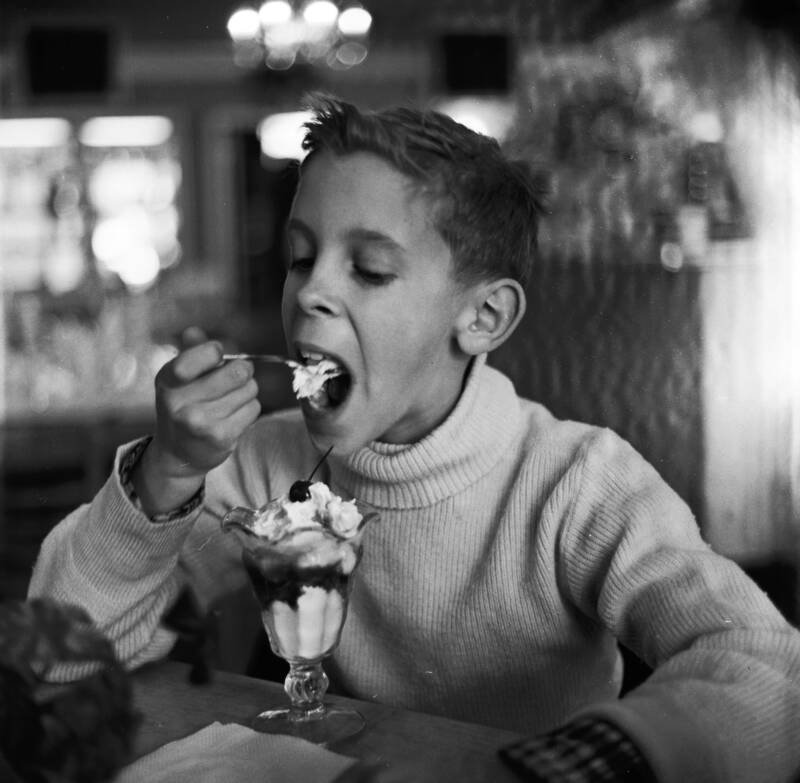 According to The Culture Trip, the ice cream sundae may have originated in one of three places: Evanston, Illinois, Ithaca, New York, or Two Rivers, Wisconsin.

In Evanston in 1890, a local soda fountain had to get creative after the religious town passed a law banning the sale of soda on Sundays. Instead of serving ice cream sodas, they started serving ice cream with soda syrup — and called the treat “sundae” with an “e.”

Two years later, in Ithaca, a drugstore owner came up with an ice cream dish that included cherry syrup and a candied cherry for his friend, the town’s reverend. Since he’d whipped up the idea on a Sunday, the two men dubbed the delicious treat a “Cherry Sunday.”

But Two Rivers claims to have thought of the ice cream sundae almost a decade earlier. They insist that the owner of a soda fountain and ice cream parlor put chocolate syrup — usually used for soda — on ice cream as early as 1882 after a customer requested it.

Likewise, the invention of the ice cream cone is disputed. Ample Hills, a Brooklyn-based ice cream shop, reports that a Syrian immigrant named Ernest Hamwi is credited with inventing the ice cream cone. At the 1904 World’s Fair, he was making a wafer dessert called zalabia and, apparently, suggested to an ice cream salesman nearby that they team up.

However, an Italian immigrant and ice cream maker named Italo Marchiony also filed a patent for a “molding apparatus for forming ice-cream cups and the like,” which he was granted in 1903. But his patent wasn’t cone-shaped and even had tiny handles — which is why most people think Hamwi is the ice cream cone’s true inventor.

As such, the history of ice cream is a rich one. This tasty frozen treat has been in development, in one way or another, for thousands of years. And it’s arguably still being perfected. Today, ice cream lovers can buy “rolled” ice cream, ice cream made of dairy alternatives, and even ice cream frozen with liquid nitrogen, like Dippin’ Dots.

However you enjoy your ice cream, you have your ancient ancestors — from Chinese kings to Parisian cafe owners to Black American chefs — to thank for your next creamy concoction.