"When they cut open the snake's belly, they found Tiba's body still intact with all her clothes."

They had no idea why she’d disappeared — then they found her body inside an enormous snake.

On June 15, a 54-year-old Indonesian woman was found dead on the island of Sulawesi after being swallowed whole by a 23-foot python, reported The Jakarta Post. 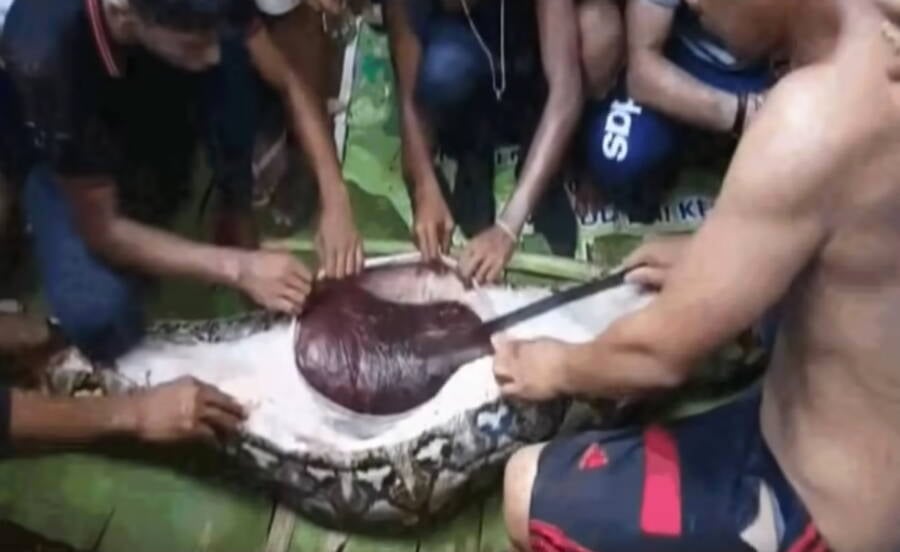 YouTubeLocals first slice into the snake and reveal the contents of its stomach.

“When they cut open the snake’s belly, they found Tiba’s body still intact with all her clothes,” said the village chief, identified as Faris. 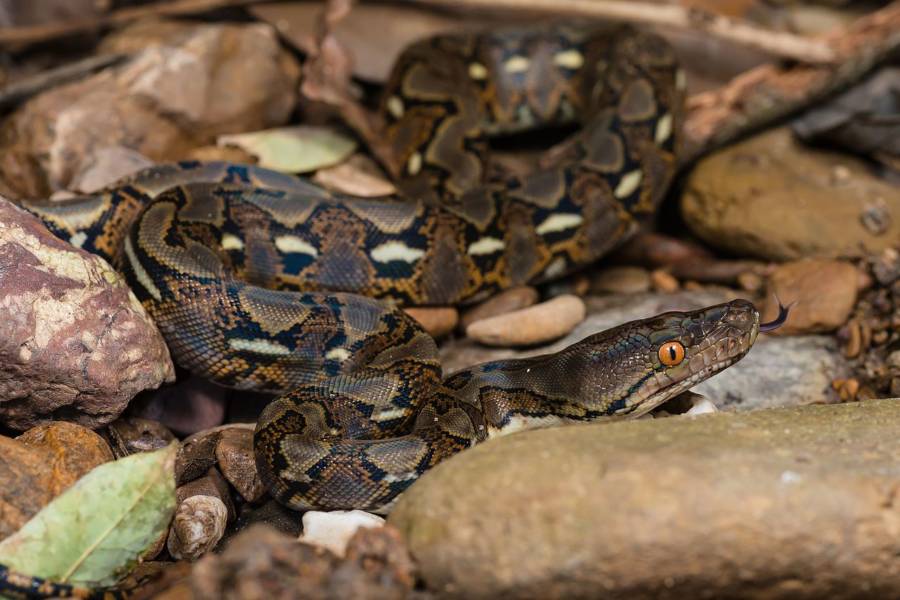 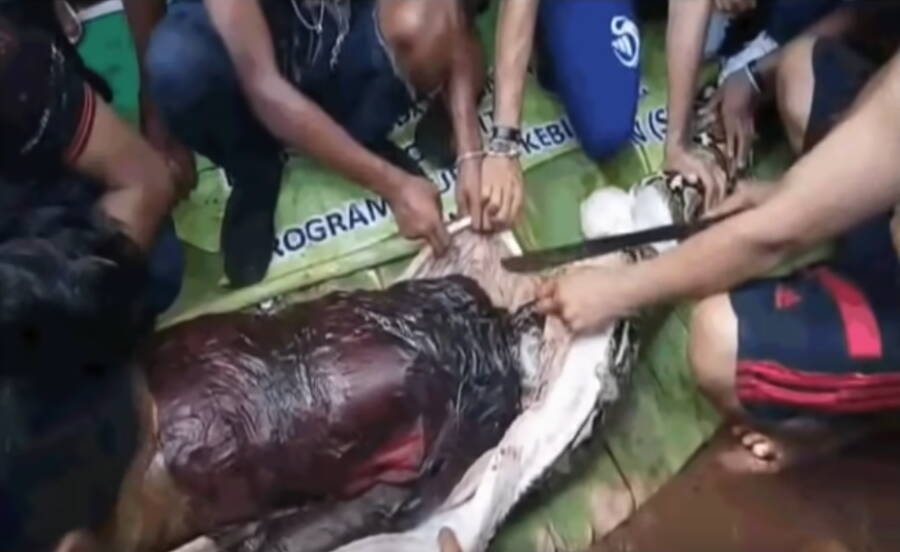 In a similar incident that took place in March 2017, a 25-year-old farmer was swallowed whole by a python in West Sulawesi province while he was harvesting his crops.

Turns out that gardening in Indonesia can be one horribly dangerous activity.

Next, check out the Titanoboa, the prehistoric 50-foot snake of your nightmares. Then, see video of a python that ate an entire kangaroo whole.