This Incredible World Cup Art Will Make You Love Soccer 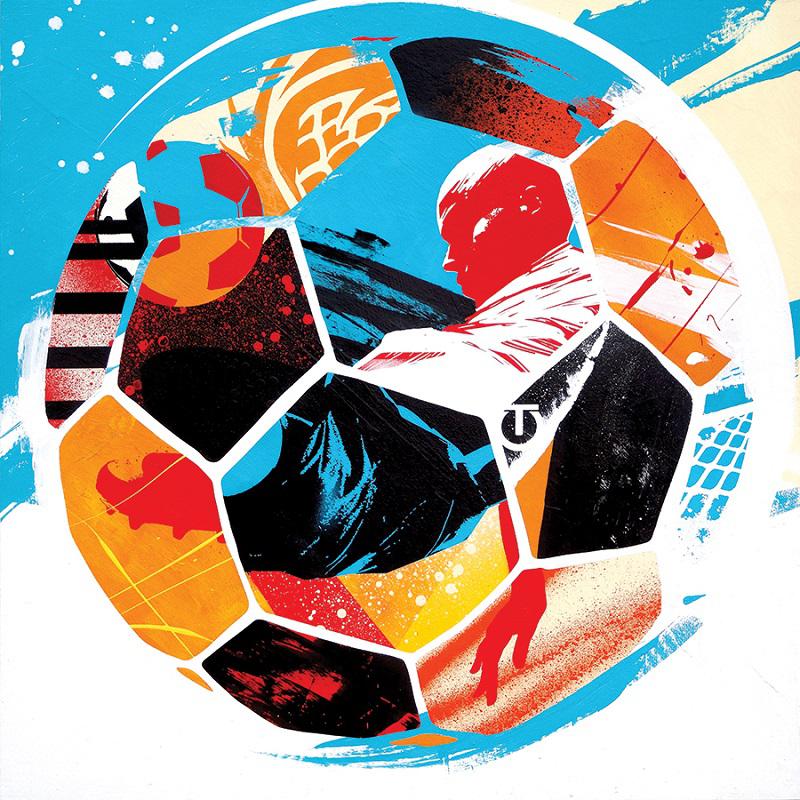 There are few events that captivate the world like the FIFA World Cup. And while the road to the 2014 tournament has been plagued with its fair share of civil unrest and World Cup controversies, these incidents have been largely overshadowed by worldwide excitement, incredible victories and hometown pride.

The FIFA tournament has also had a huge impact on the art world. From metallic selfies to soccer ball paintings, this World Cup art is just as intriguing as the games themselves. 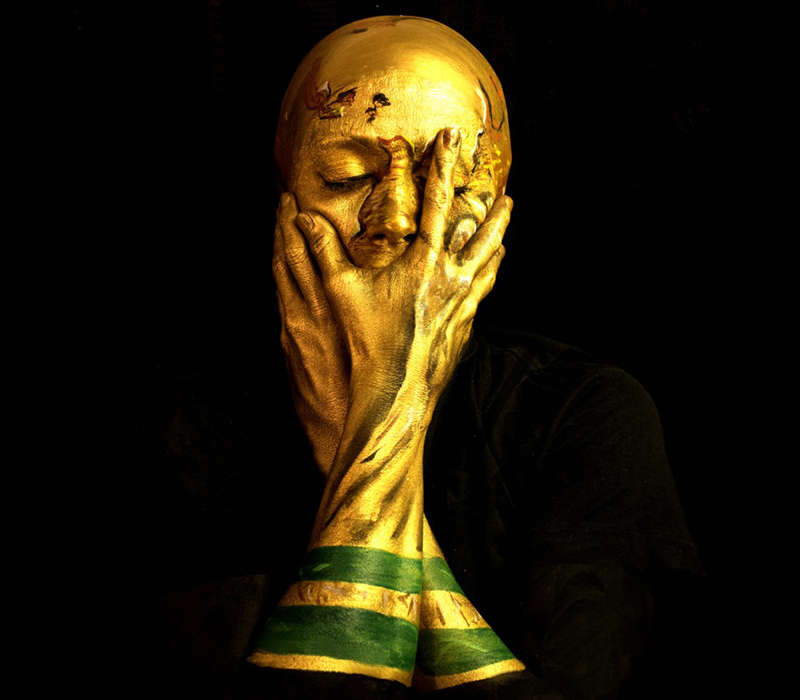 London-based artist Emma Allen recently posted pictures of herself as the 2014 World Cup trophy. To mimic the golden sheen of the original, the 33-year-old artist doused herself in gold body paint, and then twisted her arms into the shape of the trophy.

A swimming cap smoothed her head into a slick orb, and a simple black pillow created the illusion of a dark background. Allen’s World Cup art ignited instantly on the internet, garnering hundreds of thousands of views and a shoutout from Ian Wright, a player on England’s soccer team. 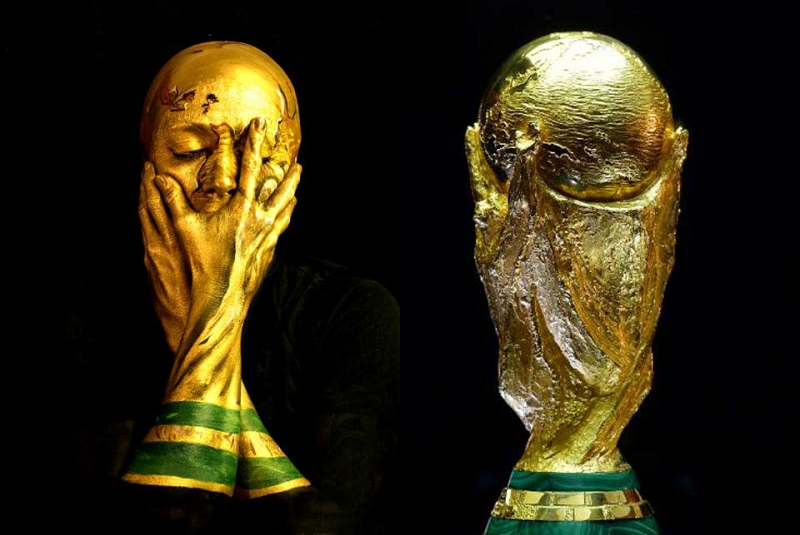 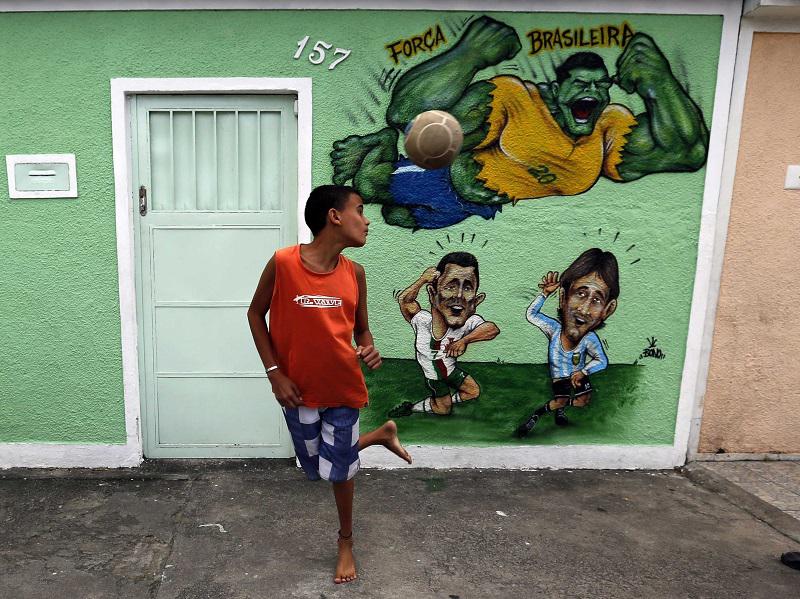 For better or worse, the streets of Brazil’s biggest cities are littered with street art. And while some of the art is colorful, fun and inviting, just as much of the World Cup art is dark and unforgiving, a continuation of the anti-World Cup sentiment felt by much of the troubled country. Yet sad or happy, uplifting or depressing, the Brazilian street art is undeniably beautiful in its own way, making the perfect visual backdrop for the FIFA festivities. 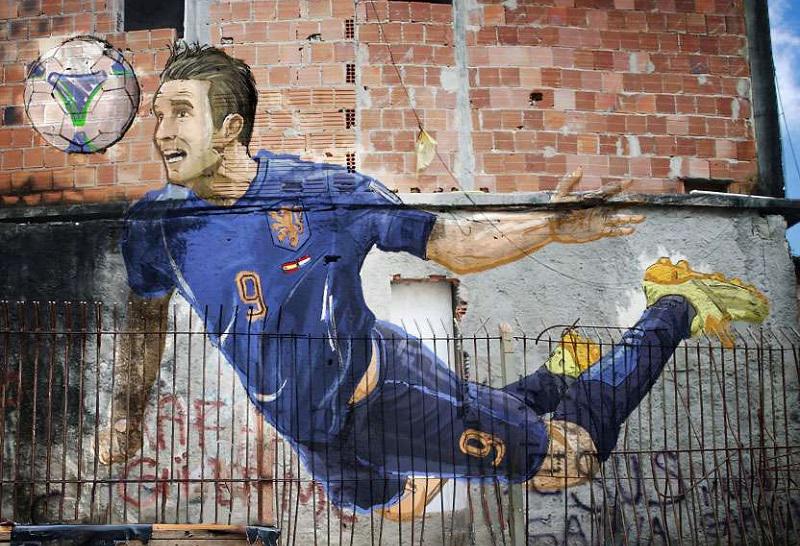 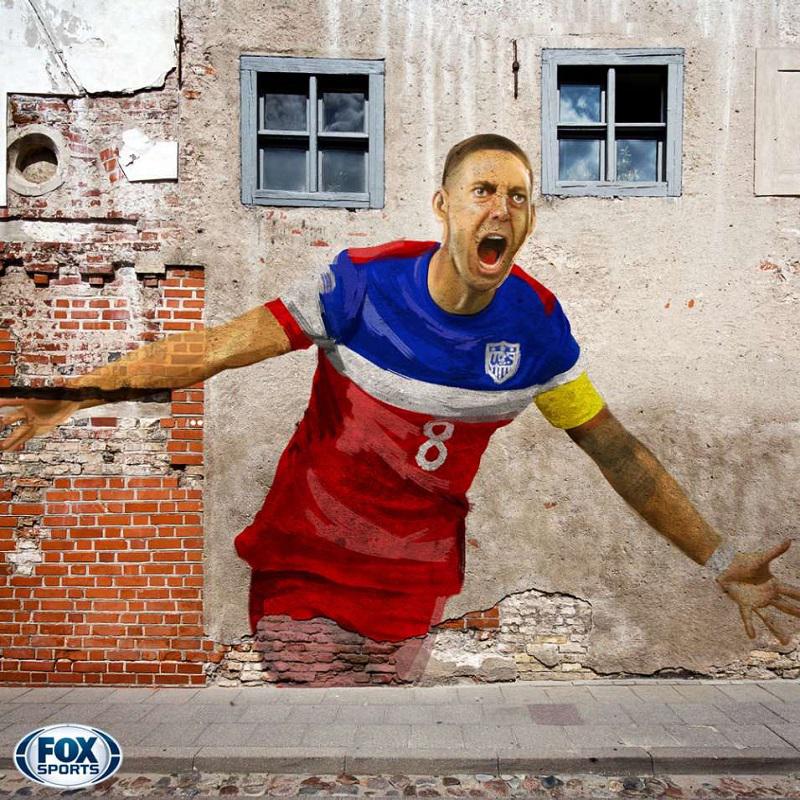 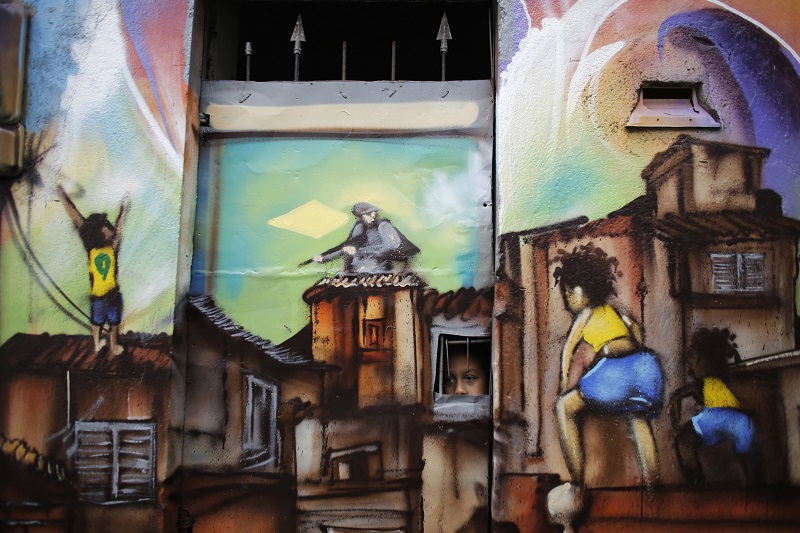 Talk about dedication: in honor of the 2014 FIFA World Cup, artist “Red” Hong Yi created a beautiful portrait of soccer stars Cristiano Ronaldo, Neymar and Lionel Messi using only her feet and a soccer ball. Despite being severely limited by spreading paint with just the ball and her feet, the incredible World Cup art turned out amazing. Check out this upbeat video on the making of the unique picture: 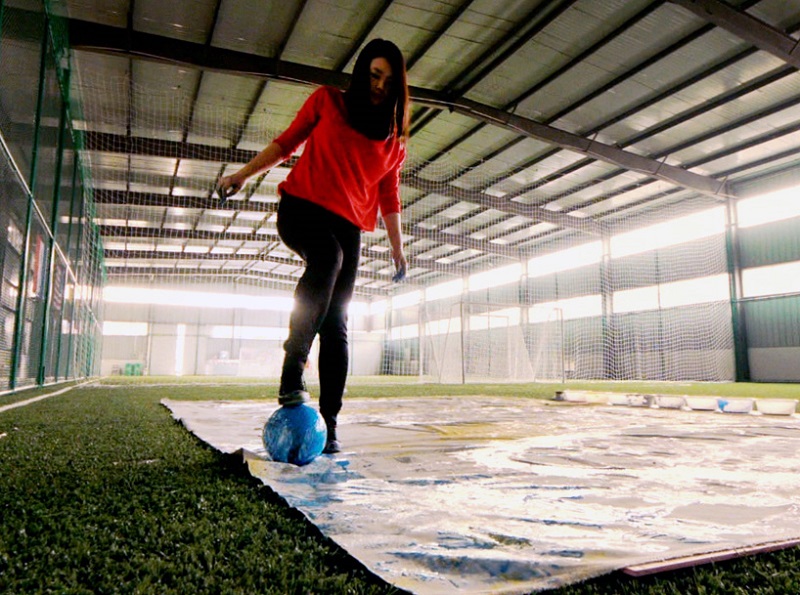