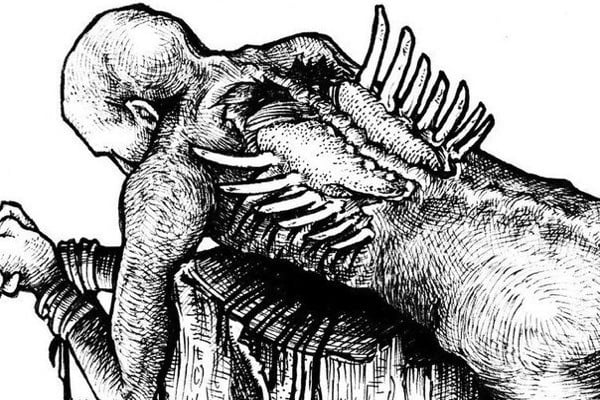 A technique ascribed to ancient Norse warriors, the blood eagle mixed brutality and poetic imagery in a way that only the Vikings could. First, the victim’s back would be hacked open and the skin ripped apart, exposing the spinal column.

The ribs would then be snapped from the spine and forcibly bent backwards until they faced outwards from the body, forming a pair of bloody, shattered eagle’s wings. As a horrifying finale, the lungs would then be pulled from the body cavity and coated with stinging salt, causing eventual death by suffocation.

There is some question as to whether this technique was ever actually used as the only accounts come from Norse literature.

Several scholars claim that the act we know of today is simply a result of poor translating, and misunderstands the strong association of the eagle with blood and death in Norse imagery. That said, every account is consistent in that in each case, the victim is a nobleman being punished for murdering his father.

The good news for any poor soul who might have suffered this indignity? The agony and blood loss from the initial wounds would probably have caused them to pass out long before the lungs were removed from their bodies.