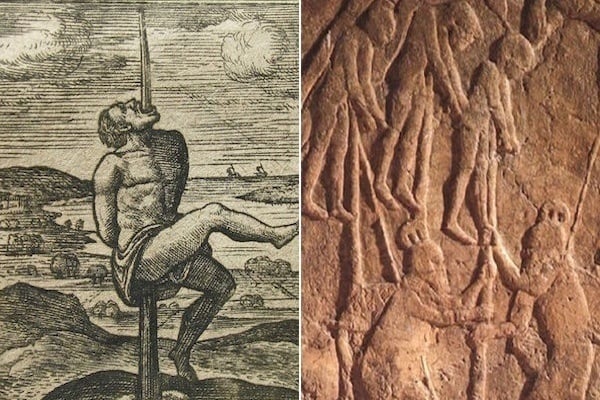 Most famously used by Vlad the Impaler, 15th-century ruler of Wallachia (in present-day Romania) and inspiration for Count Dracula, the act of impalement has a long, grim history. While images tend to depict people skewered through the midsection and then held aloft — in a manner that would almost certainly bring about a rapid death — the real process was a much longer, horrifically drawn-out ordeal.

Traditionally, the stake would be partially sharpened and planted, point up, in the ground. The victim would then be placed over the spike as it was inserted partway into the rectum or vagina.

As their own body weight dragged them further onto the pole, the semi-greased wooden stake would force its way up through their body, piercing organs with an agonizing slowness as it eventually penetrated the entire torso, finally tearing an exit wound through the skin of the shoulder, neck or throat. 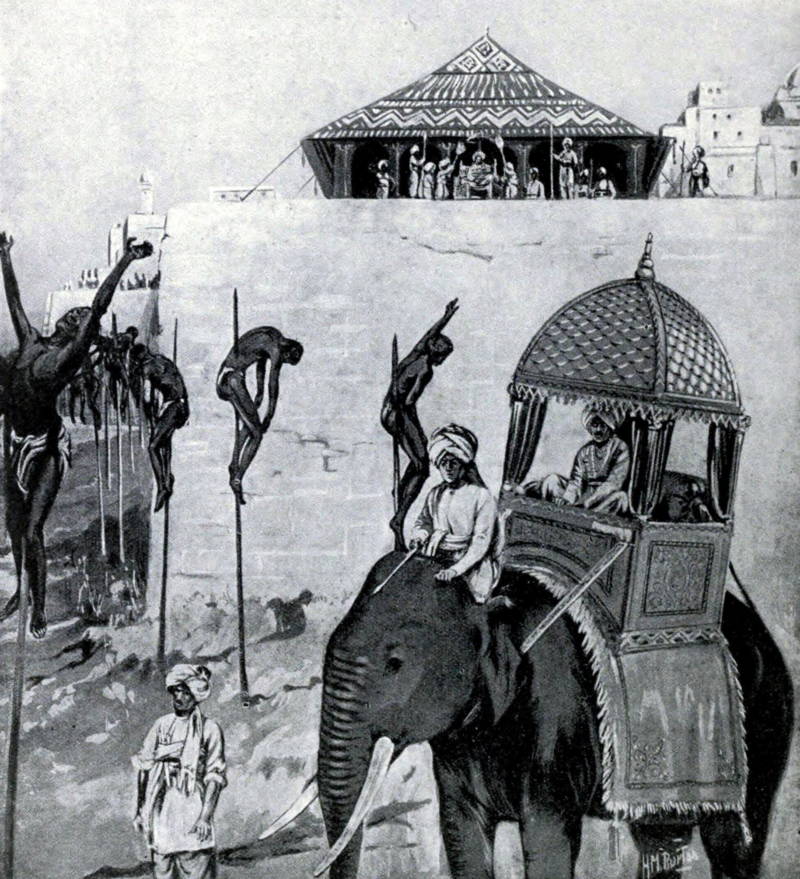 The earliest records of the torture come from 1772 B.C. in Babylon, where King Hammurabi ordered a woman be executed in this way for killing her husband. But its use continued until as recently as the 20th century, when the Ottoman government employed the technique during the Armenian genocide of 1915-1923.

According to some accounts, it could take the victim — exposed, bleeding, and writhing in tormented agony — as long as eight whole days to die.