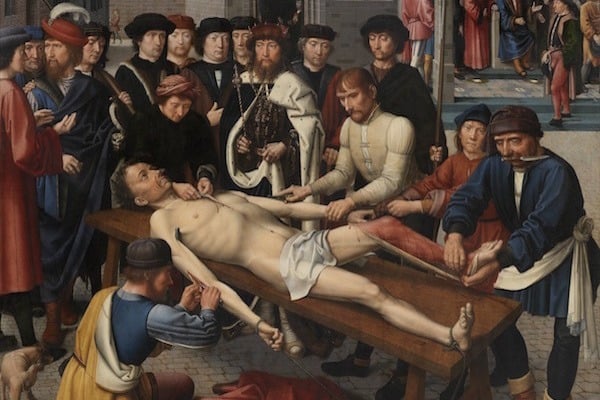 Flaying — better known as “skinning alive” — has a long and grotesque history. Records of the practice exist as far back as the Neo-Assyrian Empire (beginning in 911 B.C.), but it has cropped up in most civilizations at one time or another, including Medieval Europe (where it tended to be used as a punishment for traitors) and in the ritual human sacrifices made by the Aztecs in Mexico (the Aztecs, at least, are believed to have skinned the body after the sacrifice had been made).

Various techniques have been utilized in the many different cultures in which flaying has been employed, but the basis remains the same: Slowly, excruciatingly slicing the skin from the body while keeping the victim alive for as long as possible (and when feasible, removing the skin intact). 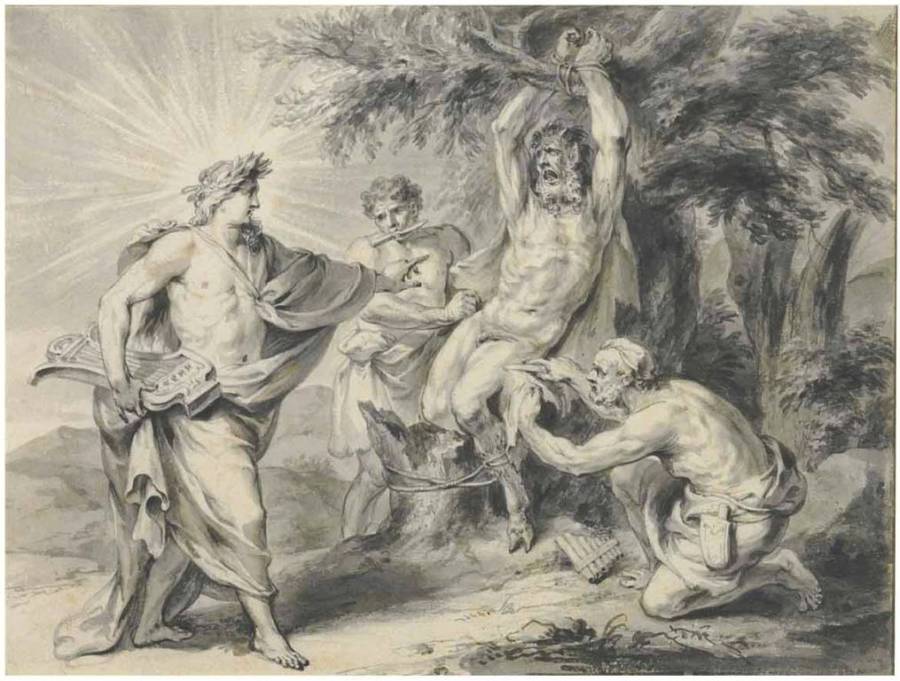 Carvings from the Assyrian period show the process beginning with incisions to the thighs or buttocks, while the European method — pictured above — shows it starting with the skin being torn from the feet and lower legs. Chinese Emperors Sun Hao, Fu Sheng, and Gao Heng ordered the skin to be peeled from their victims’ faces.

Death would normally come as a result of massive blood loss and shock, but in the unfortunate cases where expert flayers were used, the victim could be kept alive in a state of perpetual agony for several days before finally succumbing to their hopelessly infected wounds.