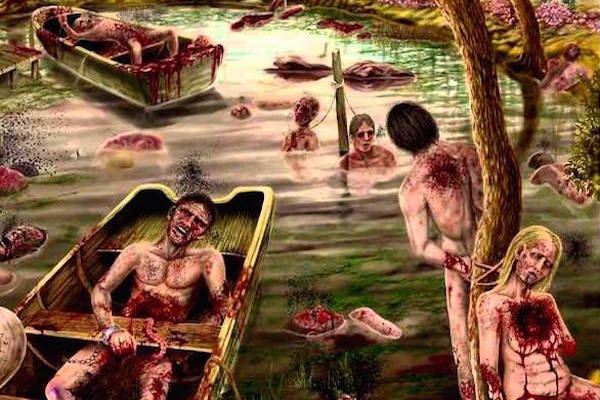 For sheer, delirious, nauseating horror, scaphism may be one of the worst execution methods ever devised. Practiced by the Ancient Persians, starting around 500 B.C., it saw the victim placed inside a hollowed-out log or narrow boat, their hands and feet tied to each end.

The victim was then forced to ingest a mixture of milk and honey until they uncontrollably voided their bowels, at which point their skin was smeared with more milk and honey before they were left exposed in the sun and surrounded by their own feces and vomit.

It was at this point that the insects would descend. Stinging and biting insects like wasps and ants would torture the victim, but worse, others would crawl inside the unprotected orifices of the subject and lay eggs, eating them alive from the inside out.

With the ration of milk and honey — and sometimes water — repeated at daily intervals, the victim had little chance of dying of thirst or hunger.

Instead, they succumbed to tortured madness, experiencing the agonizing, nightmare crawl of thousands of insects on their skin, burrowing into their eyes and ears and nose, filling their mouths, while worms and parasites bred in the filth at the bottom of the boat and squirmed up into their bowels.

Death would eventually be caused by a combination of exposure and the massive infections caused by both the insects, and the fecal matter smeared into the wounds. One account of such an execution by the Greek historian Plutarch claimed that it took the victim 17 whole days to die.

Liked this? Discover the most painful torture devices of the Middle Ages or read up on the five worst ways to die.