USP Florence ADMAX houses the most violent criminals in America, and has the strictest security measures of any American prison. Designed to control the most uncontrollable criminals, Florence’s high-profile inmates are considered too dangerous for any other maximum-security prison. Its design has, so far, proven to be impenetrable.

Notorious gang leaders, foreign terrorists, and domestic terrorists have all spent time at Florence (including Timothy McVeigh, Terry Nichols, and Theodore Kaczynski). With such powerful criminals caged within its walls, the prison needs to be secure against escape while also ensuring no intrusion missions are able to break prisoners out.

To this end, the prison is designed so that inmates never know their actual whereabouts within the facility; a small four-inch by four-feet slit of a window is their only source of natural light. 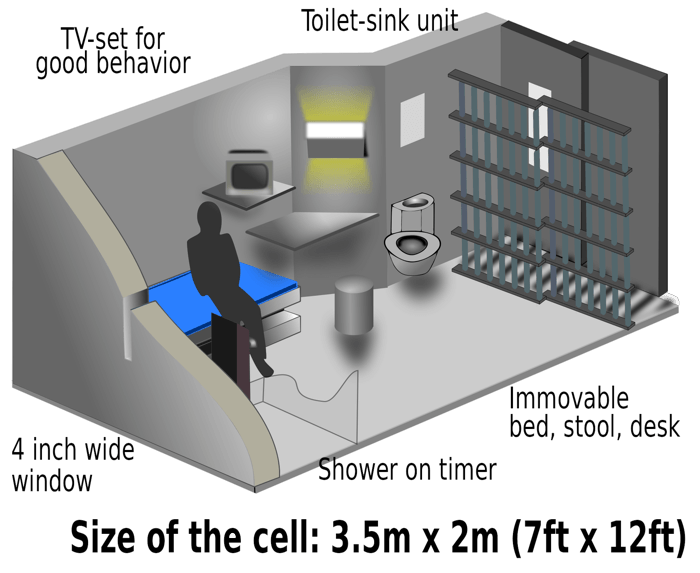 Like Petak Prison, inmates are subject to up to 23 hours of solitary confinement per day, and are almost completely withdrawn from both other inmates and guards. The prisoners are technically allowed exercise, but at Florence, this consists merely of circling around a concrete pit.

This is but one reason why the prison is thought to be psychologically unbearable. The Olympic Park bomber Eric Rudolph told a Colorado Springs newspaper that Florence was designed to “inflict misery and pain.” Likewise, former warden Robert Hood gave the prison a fitting description: “a cleaner version of Hell.”

Next, step inside the world’s strangest prisons and the creepiest abandoned prisons. Then change course completely and check out the most humane prison in the world. Finally, read up on the Aryan Brotherhood, one of the world’s most feared prison gangs.