Inside The Mind-Blowing Prison Breaks Of Yoshie Shiratori, The ‘Japanese Houdini’

Yoshie Shiratori became known as the "man no prison could hold" after he escaped four different times — once using little more than miso soup. 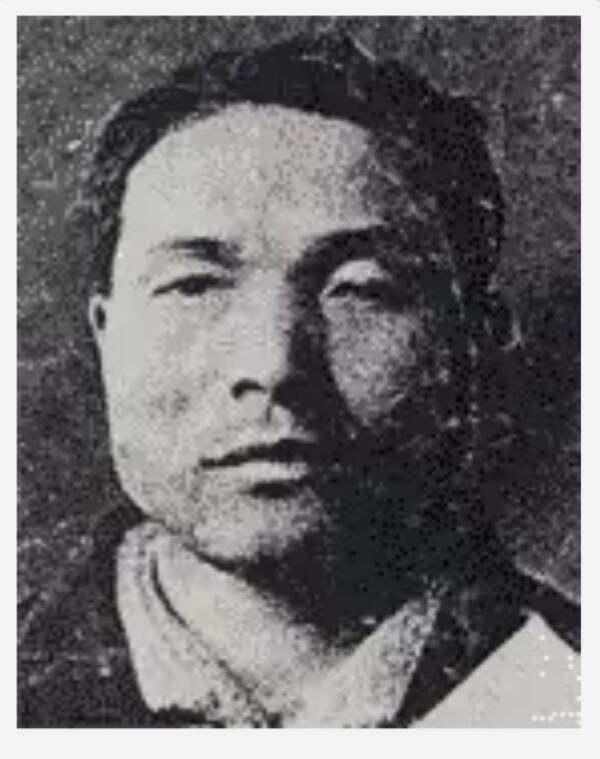 Between 1936 and 1947, Japan’s Yoshie Shiratori escaped from prison four times, earning him the nickname “the man that no prison could hold.”

The escape artist also became famous – or infamous. His escapes brought attention to horrible conditions in Japan’s prisons. As Shiratori explained, “The reason why I tried to jailbreak was because I was angry at the guard who did not treat prisoners as humans.”

Today a well-regarded folk hero, one of the prisons from which Shiratori escaped even has a permanent exhibit dedicated to his exploits.

Who Was Yoshie Shiratori?

Born in 1907 in the mountainous Tohoku region of Japan, Yoshie Shiratori took a job working in a tofu shop. Then, he tried his hand as a fisherman.

But soon, Shiratori fell in with a bad crowd and started gambling. A list of petty crimes put him on the police radar — then, in the mid-1930s, Shiratori was accused of murder.

Shiratori swore he had been falsely accused, claiming a local gang was framing him. But a court found Shiratori guilty and sent him to Aomori Prison. 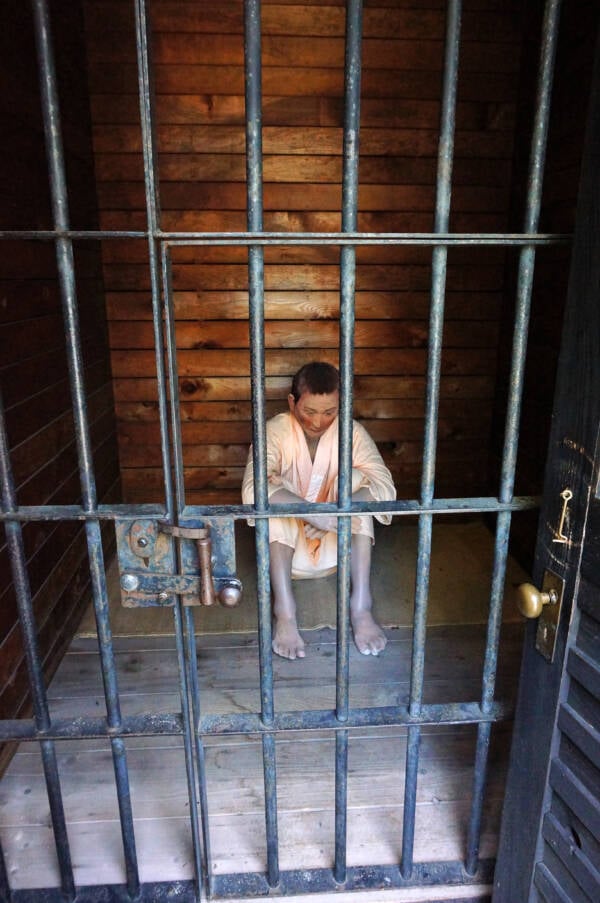 Wikimedia CommonsA reproduction of a Japanese prison cell at the Abashiri Prison Museum.

At the time, Japan’s prisons were harsh places. Guards frequently tortured prisoners. As a result, many prisoners tried to escape — but precious few were as successful as Yoshie Shiratori.

How did Yoshie Shiratori escape prison for the first time? Shiratori started by memorizing the guards’ schedule. He identified gaps in security and found a 15-minute window in which he could escape the prison.

Early on the morning of his first prison breakout, Shiratori picked the cell lock using a piece of wire he had stealthily swiped from a bucket in the bathhouse.

He planned the escape meticulously. Shiratori pried up pieces of floorboard to hide in his bed, giving him more time to flee undetected. 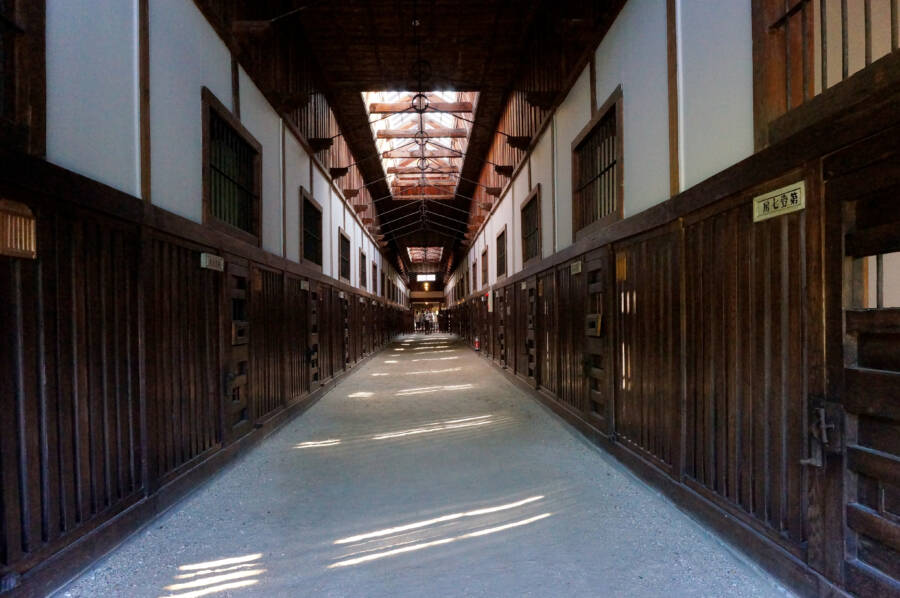 Wikimedia CommonsJapanese prisons had a reputation for treating prisoners harshly.

The plan worked, and the guards didn’t realize Shiratori was gone for hours.

But the escape artist did not remain free for long. Authorities captured him three days later. Shiratori went back to prison after his first escape. And this time, he earned a life sentence.

The start of World War II changed Shiratori’s prison experience. He was sent to Akita Prison, where prisoners did manual labor.

A harsher place even than Aomori Prison, prisoners slept on concrete floors. And since he had a track record as an escape artist, the guards also locked Shiratori in solitary confinement when he wasn’t working.

The solitary confinement cells made escape nearly impossible. Prisoners had to wear handcuffs at all times, even when sleeping. A high skylight and smooth walls kept prisoners inside. Yet Shiratori still found a way to escape.

Every night, Shiratori practiced scaling the walls. He climbed up to an air vent and slowly loosened the rusted fittings night after night. Then, after weeks, Shiratori was ready to escape.

During a rainy night, Shiratori slipped off his handcuffs and climbed the wall, escaping through the air vent. Claps of thunder distracted the guards, and after only three months at Akita Prison, Shiratori was free again. 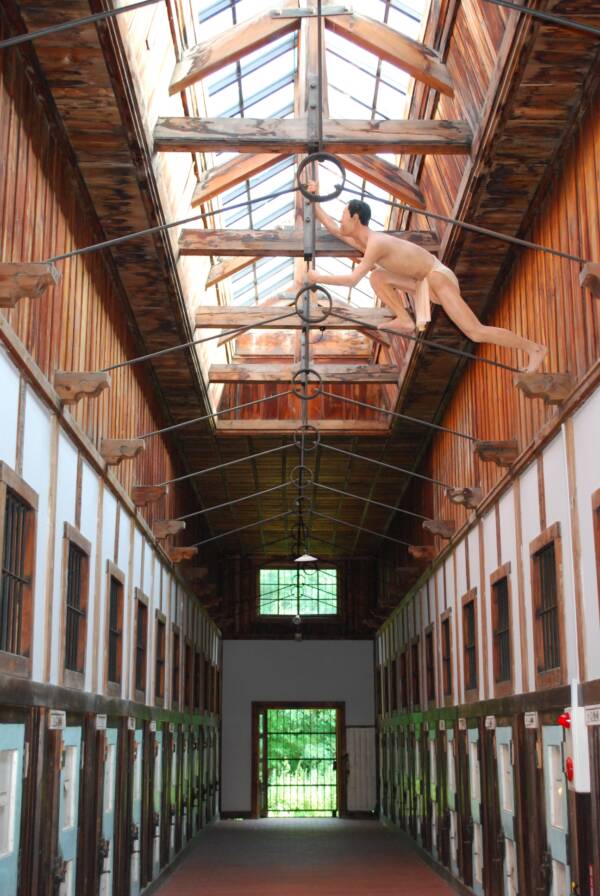 This time, Shiratori managed to evade police for months. But trusting a friendly police officer proved to be the wrong choice.

At Akita Prison, one police officer had been kind to Shiratori, while the other guards tortured him. Hoping that the officer might help him, Shiratori went to his home.

He begged the officer to take on the corrupt prison system to end the torture of prisoners. Instead, the officer called the authorities and Shiratori went back to prison for a third time.

Two prison escapes had made Yoshie Shiratori a legend. Newspapers reported on his escapes. And authorities wanted to make sure Shiratori never escaped again, so they sent him to the notorious, high-security Abashiri Prison. 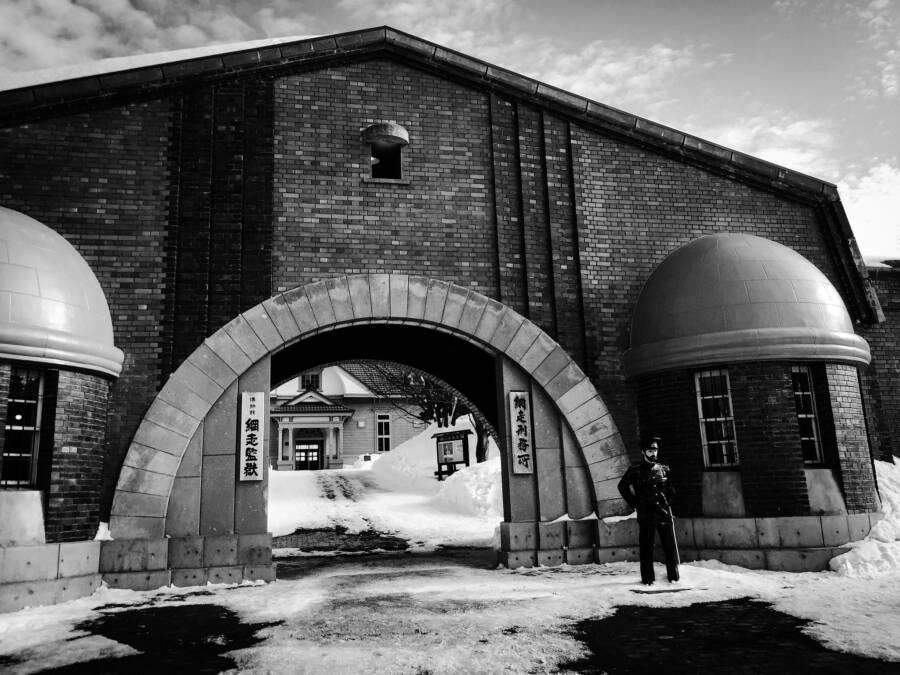 As Japan’s northernmost prison, Abashiri got plenty of snow, which helped deter prisoners from escaping, since they wore thin uniforms.

At Abashiri, there were no loose air vents or 15-minute gaps in the guard rotation. Authorities locked Shiratori in heavy iron restraints fitted around his ankles and wrists. Only a blacksmith could remove them.

But Shiratori vowed to escape again.

After months, Shiratori could slip out of the shackles. He pried open the feeding hatch on the door, but it was much too small to fit a person. That is, until Shiratori dislocated his own shoulder and slipped through the hatch.

Yoshie Shiratori was the first — and only — prisoner to ever escape Abashiri Prison.

After his third escape, Yoshie Shiratori went into hiding for over a year. He lived in an abandoned mine, foraging for berries and hunting wild rabbits.

But a farmer eventually spotted Shiratori and attacked him, thinking the fugitive was a thief. During the struggle, the farmer died. Authorities put Shiratori on trial — and this time, Shiratori received the death sentence.

Authorities refused to take any more chances. They locked up Shiratori at the Sapporo Prison. Six guards watched him 24 hours a day. And the only opening on the cell was smaller than Shiratori’s head.

Yet one morning, guards opened the cell door to find Shiratori gone.

How did he escape for a fourth time? Shiratori had unscrewed the cell’s floorboards and dug a tunnel with a miso soup bowl. He only dug at night and positioned the hole right under his bed. 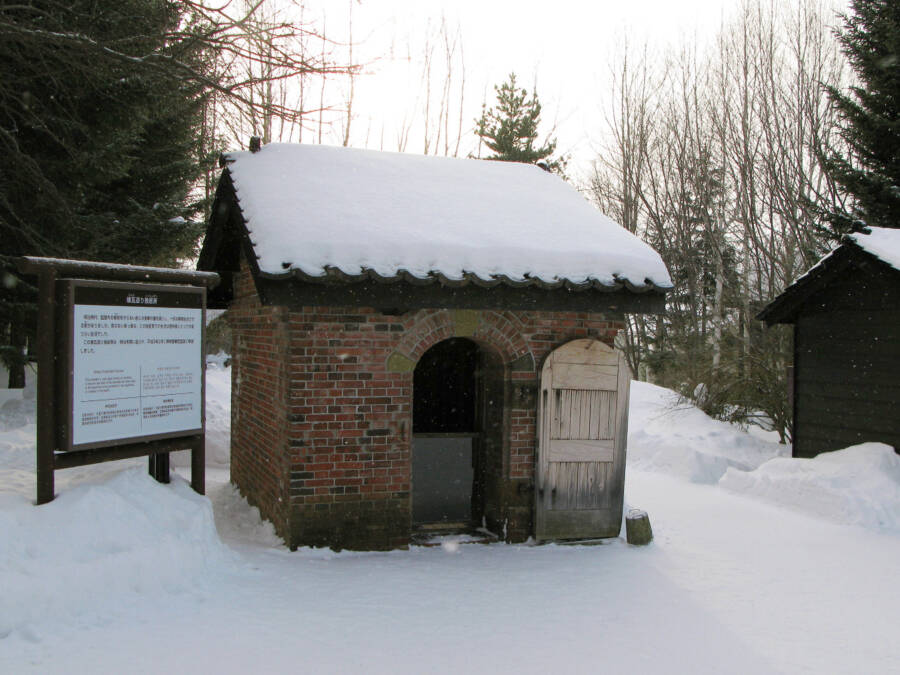 For a year, Shiratori managed to escape detection. Until he was sitting on a bench and a police officer sat next to him. The officer didn’t recognize Shiratori — in fact, he offered the fugitive a cigarette.

Shiratori inexplicably decided to confess his true identity to the police officer, and went back to court.

But reforms in Japan’s prison system worked in Shiratori’s favor. He explained that he’d only escaped because of abusive conditions. The court sympathized and declared the farmer’s death self-defense.

Yet Shiratori would have to serve time for his many escapes. After lifting the death sentence, the court sent Shiratori to prison for 20 years. At Shiratori’s request, he went to Fuchu Prison in Tokyo.

During his final stint in prison, Shiratori never tried to escape. He was released early on good behavior in 1961 and lived out his final years in freedom before dying in 1979.

Yoshie Shiratori is a legend when it comes to prison escapes. Next, read about the most daring prison breaks in history, and then learn about the worst prisons in the world.