Inside Abraham Lincoln’s Surprising Career As A National Wrestling Champ

In 12 years of wrestling, Abraham Lincoln was known to have lost only one match out of 300 on his way to being inducted into the National Wrestling Hall of Fame. 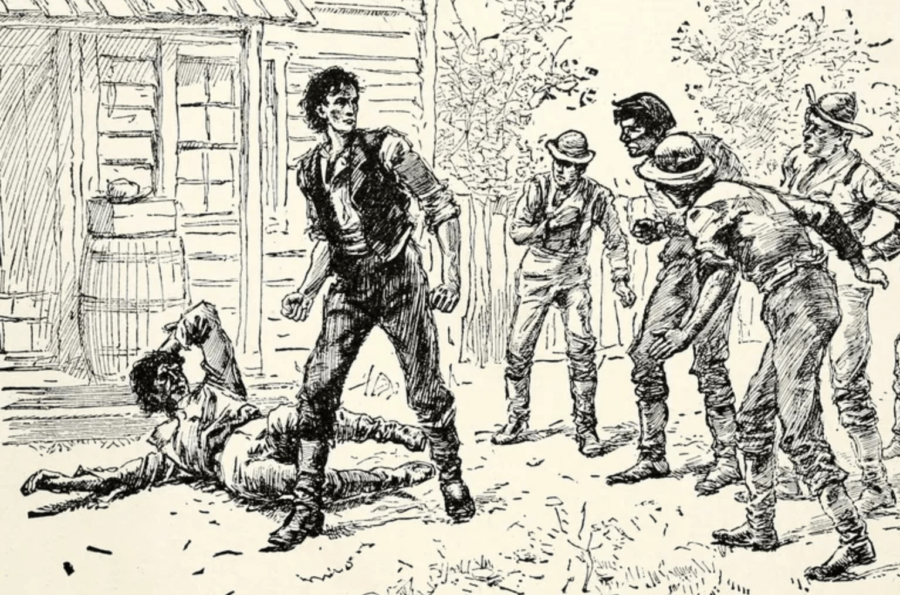 He has been mythologized as one of the greatest Americans to ever be elected President of the United States, but Abraham Lincoln also had a legendary wrestling career that has, unfortunately, been lost to the annals of time.

In fact, Lincoln had such a talent for grappling that he was eventually inducted into the wrestling Hall of Fame. With a stature of six feet, four inches and the strength of a well-fed 20-something, young Lincoln was so good at wrestling that he only lost once in a span of 12 years of competing. In fact, his political rise in the 1850s can, in part, be attributed to the legendary tales of his youthful athletic talent.

Let’s shatter the myth of Lincoln as perpetually old, bearded, and soft-spoken once and for all. His prowess in both hand-to-hand combat, and routinely identifying his opponents’ weaknesses, might have actually helped the strategic politician in his later life as President of the United States.

Lincoln Takes On A Hometown Bully 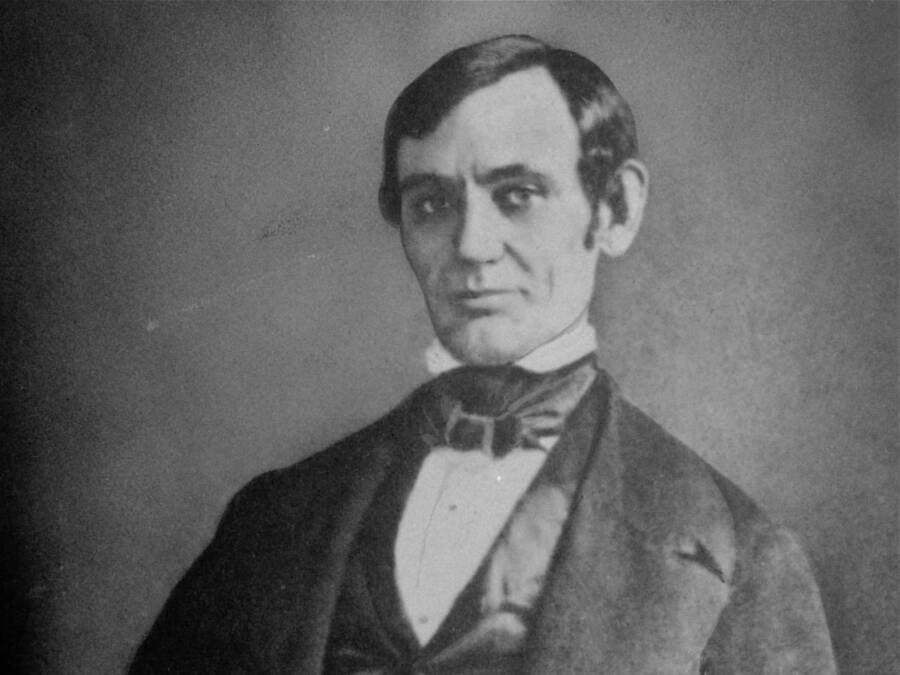 Before his untimely assassination at age 56 and prior to his career as a lawyer Lincoln excelled at wrestling.

Indeed, a young Lincoln had garnered quite a reputation in his hometown of New Salem, Illinois for grappling beginning in his early 20s. One particular match against local bully Jack Armstrong, for instance, turned him into a hometown hero.

At the time, Lincoln was little more than a general store employee in a town that was practically a frontier village. While Lincoln was an autodidact who focused on reading as much as he could about both history and law, shopkeeper Denton Offutt thought Lincoln’s height more impressive and boasted about it to the customers. 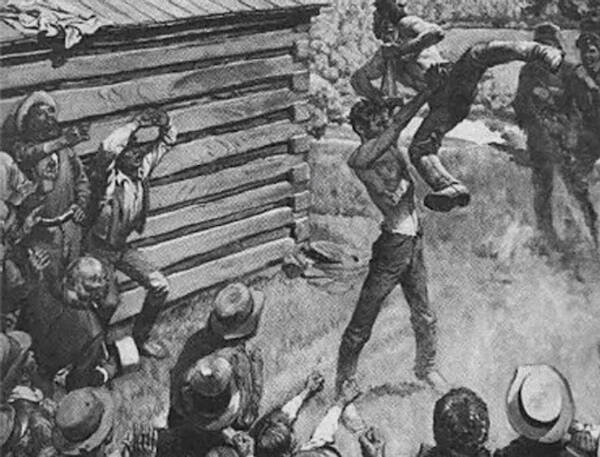 Public DomainDepiction of a young Lincoln winning a bout.

Meanwhile, the townsfolk had grown tired of Jack Armstrong, leader of New Salem’s mischievous Clary’s Grove Boys. The gang would force any new settler into a barrel, nail it shut, and roll it down a hill. Consequently, a New Salem resident later recalled how villagers eagerly tried to get Lincoln to “tussle and scuffle” with Armstrong.

When the bully had tired of hearing tales of Lincoln’s wrestling skills and strength, he challenged him to a duel.

Before fighting Armstrong, Lincoln had reportedly already wrestled around 300 people.

The young 185-pounder eventually won Sangamon County’s wrestling championship. One bout saw Lincoln so embroiled that, after he defeated his opponent, he screamed at the crowd:

“I’m the big buck of this lick. If any of you want to try it, come on and whet your horns!” 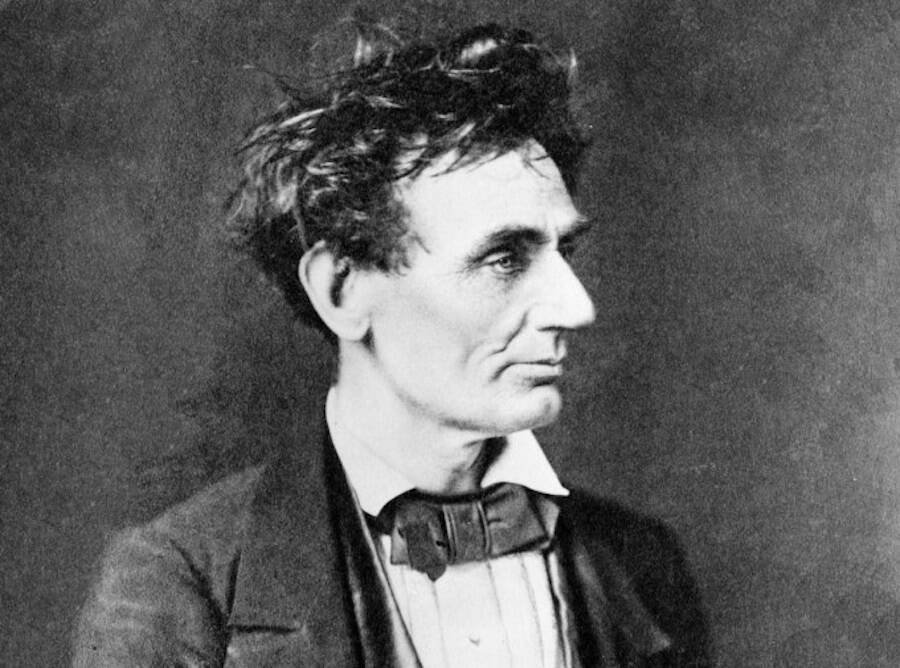 Simon & SchusterBefore passing the bar examination in 1836, Lincoln had wrestled hundreds of people.

Facing the Clary’s Grove Boys leader that day, Lincoln set only one ground rule: that their wrestling be based on “side holds” where the goal was to throw the other man rather than to pin him. Confident in his skills, Armstrong agreed. Once a sizable crowd had gathered, bets were made — and the fight began.

“For a time, the two scufflers circled each other warily,” explained the Abraham Lincoln Research Site, which has been archived by the Library of Congress. “They did some grappling and twisting, but neither man could throw the other to the ground. Slowly, Armstrong began to get the worst of it.”

Aware of his impending defeat, Armstrong tried to trip Lincoln — who became so enraged by the petty move that he grabbed Armstrong by the neck and “shook him like a rag.” The aggravated Clary’s Grove Boys began to move in, forcing Lincoln’s back to the wall of the general store.

Lincoln exclaimed that he’d fight every single one of them in fair, individual fights. To Armstrong’s credit, he called his friends off and declared Lincoln the winner. Armstrong even declared that Lincoln was “the best ‘feller’ that ever broke into this settlement,” and shook his hand. 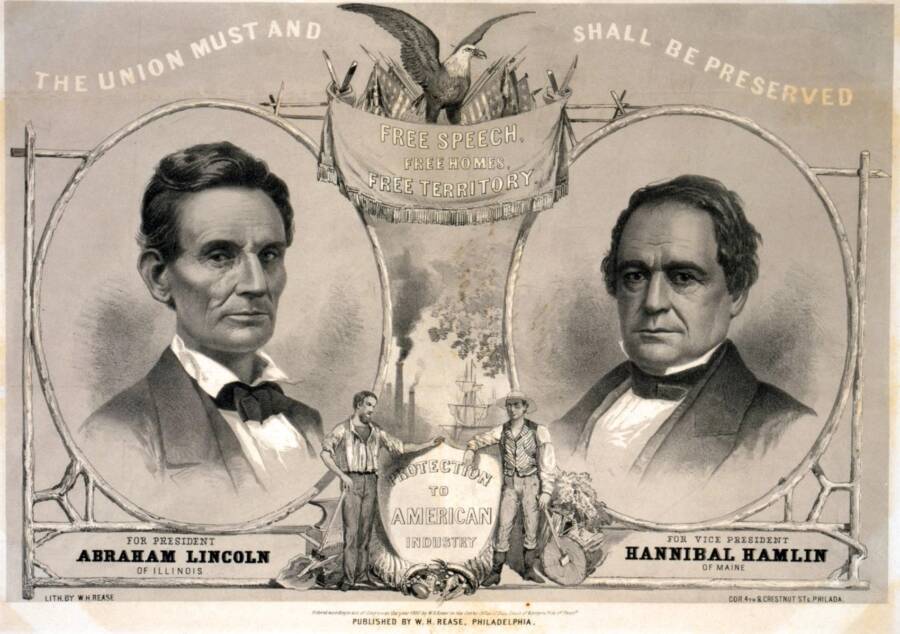 Though New Salem store clerk Bill Green claimed Lincoln could “outrun, outfit, outwrestle and thrown down any man in Sangamon County” after watching him fight a gang of newcomers in 1831, the formidable wrestler did lose — once.

“We can only find one recorded defeat of Lincoln in 12 years,” said Bob Dellinger, director emeritus of the National Wrestling Hall of Fame in Stillwater, Oklahoma. “He was undoubtedly the roughest and toughest of all the wrestling presidents.”

Despite Lincoln’s sole loss to a man named Hank Thompson during the Black Hawk War of 1832, the National Wrestling Hall of Fame has paid its respects to Lincoln by enshrining him in its roster of Outstanding Americans.

During Lincoln’s early campaigns for a U.S. Senate seat in Illinois in 1858, the broader public learned of his talent in the ring. During the first debate for the seat in Ottawa, Illinois, on Aug. 21, 1858, his opponent Stephen Douglas referred to Abraham Lincoln’s wrestling career as an “amusing passage” in his life. 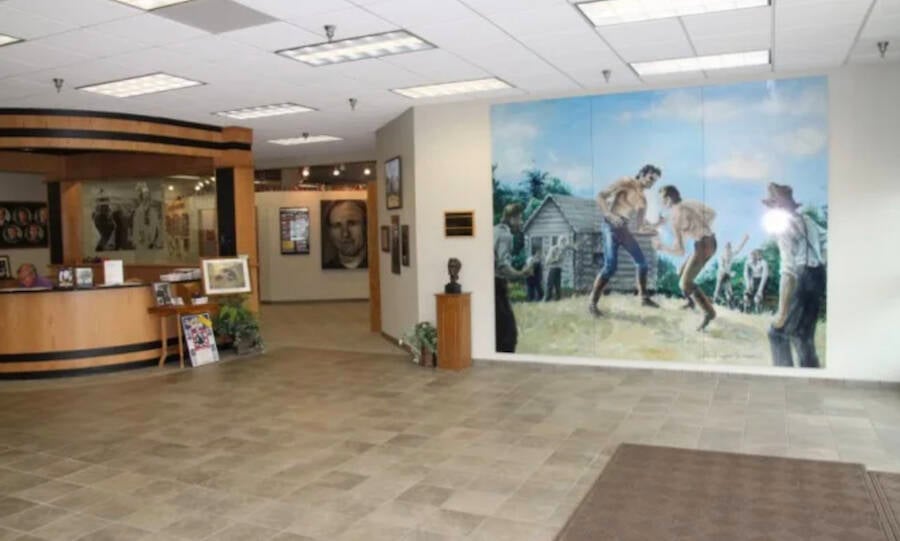 Though he praised Lincoln’s abilities, he also insulted him as an “Abolitionist Black Republican.” Lincoln lost the election, but when he successfully ran for president two years later, newspapers reprinted Douglas’ comments. This time, they seemed to have an advantageous effect.

Suddenly, Lincoln’s reputation as a young, capable lad who mastered the art of wrestling was viewed as a sign of leadership.

In a campaign biography by Chicago newspaperman John Locke Scripps, he praised how Lincoln “excelled in all those homely feats of strength, agility, and endurance practiced by frontier people in his sphere of life.”

“He was a proud competitor but a humble sportsman,” wrote cultural historian David Fleming. “And when his wrestling skills diminished, Lincoln’s leadership qualities emerged.”

As it turns out, Abraham Lincoln wasn’t the only head of state with a respectable athletic past. He joined the ranks of past presidents like George Washington, who was a skilled grappler and mastered the British collar and elbow style, and William Taft — a two-time undergraduate champ at Yale. But Lincoln was certainly the best of them all.