What’s The Real Truth About Those Adolf Hitler Micropenis Claims?

The actual evidence behind recent "Adolf Hitler Micropenis" stories and the even stranger things about Hitler that they aren't covering. 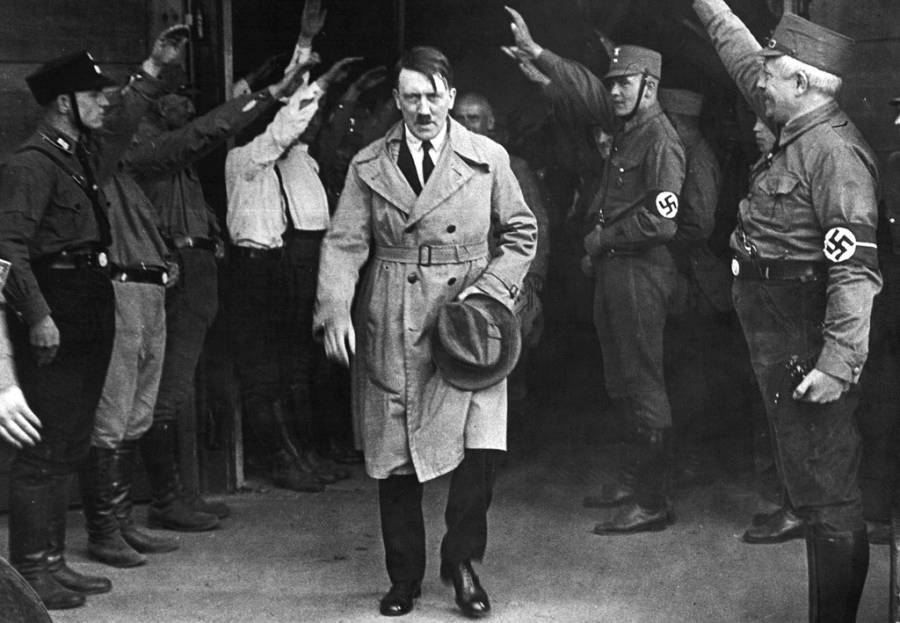 Claims made by historians last year have resurfaced and reignited a media controversy about whether or not Adolf Hitler (center) had a micropenis. Image Source: Flickr

Over the past few days, you’ve likely been inundated with headlines claiming that Adolf Hitler had a micropenis. Understandably, with a story like this, the standard “news” cycle of frenzy / saturation / reaction / parody was put into hyperdrive and essentially completed within about 48 hours. But let’s not forget the most important part of that cycle: reporting what we actually know…

“Hitler himself is believed to have had two forms of genital abnormality: an undescended testicle and a rare condition called penile hypospadias in which the urethra opens on the underside of the penis or, in some cases, on the perineum.”

Earlier this week, this quote was picked up by media outlets around the world under some variation of the “Adolf Hitler Micropenis” headline.

2. Regardless of what you’ll make of that publisher, those authors, and their other work, the media frenzy has been almost completely fueled by that quote stating that Hitler was “believed” to have had those conditions.

3. If Hitler did in fact have hypospadias, that would simply mean that his meatus (the opening where urine and semen can exit) would have been located either at the base of his penis or somewhere along the shaft, as opposed to at the tip, as is normal (see diagram here).

Hypospadias is often associated with another condition called chordee, in which the penis curves downward to an unusual extent, making it difficult to achieve an erection, and sometimes tethering the penis to the scrotum with a flap of skin.

For these reasons, someone who suffers from hypospadias could be perceived to have an abnormally small penis, but major medical establishments like the CDC, the Mayo Clinic, and the United States National Library of Medicine do not explicitly link hypospadias with having a micropenis.

4. Beyond this, the Hitler micropenis claims have some extra fuel from a more substantial report that came out late last year claiming that Hitler had one undescended testicle. Nevertheless, those claims too are mired in contradictions.

5. When hundreds of pages of Hitler’s medical records were unveiled and sold at auction in 2012, plenty of embarrassing medical conditions — including increased flatulence, cocaine use, and bull semen injections — came to light, but there was no mention of a micropenis.

The truth behind that mystery could lie with Hitler’s longstanding, controversial personal physician, Theodor Morell. With Hitler being treated by a number of doctors (Morell, plus the five other men on those records above, plus another named Karl Brandt), there is debate over which might have had the best insight into his health.

That said, Morell is notorious for using a startling amount of strange treatments to fight Hitler’s host of strange conditions. Until more information on the micropenis rumors comes to light, we can all, if we wish, start there.

Next, discover the banned picture of Hitler that recently resurfaced and discover the four forgotten men who secretly fueled Hitler’s rise to power.