Before Andre The Giant, There Was Angus MacAskill

Angus MacAskill was a true giant whose size and strength rivaled even that of Andre the Giant. 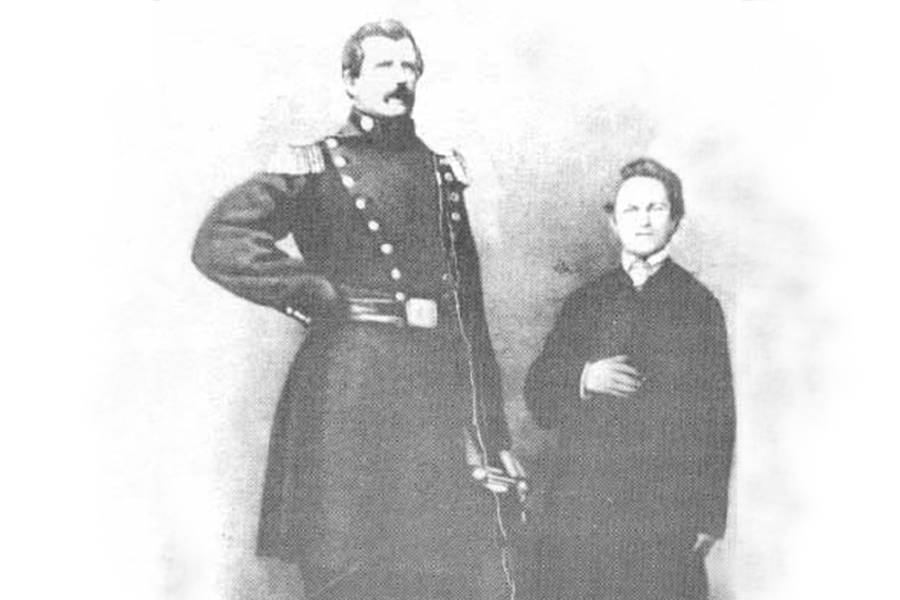 Wikimedia CommonsAngus MacAskill standing next to a person of average height.

P.T. Barnum was world renowned for finding the tallest, smallest, oldest, youngest and most interesting specimens that the world had ever seen, but even he was surprised by Angus MacAskill.

Standing almost eight feet tall (seven feet, nine inches, to be specific), Angus MacAskill was a sight to behold. Most surprising about his size was that it was entirely natural – unlike similarly large humans, like Andre the Giant or Robert Wadlow, Angus MacAskill wasn’t suffering from gigantism or an unusual amount of growth hormones. In fact, he was entirely proportional, and aside from his size, entirely average.

Well — not entirely. Along with his enormous size, MacAskill possessed enormous strength.

In his youth, he was seen lifting a 2,800-pound ship anchor to chest height, could carry two 300 pound barrels at a time, could set a 40-foot mast on a schooner deck, and once lifted a full-grown horse over a four-foot fence.

When he was just 14 years old, he got into an altercation with a grown man and delivered a punch to his jaw that sent the man flying. The blow rendered the man unconscious for so long that he was believed to be dead.

Despite his impressive and terrifying strength, MacAskill was hardly someone to be feared. He was reportedly soft-spoken with a “musical” voice, kind, deep blue eyes and a mild-mannered attitude. To those in his home of Cape Breton Island, Nova Scotia, he was affectionately known as “Big Boy.”

Eventually, P.T. Barnum heard about Angus MacAskill. Such a man with such impressive strength and size would obviously be a wonderful addition to his show. So in 1849, when MacAskill was 24 years old, Barnum offered him a place in his traveling show.

For the next several years, MacAskill toured the country with Barnum’s circus, eventually traveling to then-exotic parts of the world like Asia and the West Indies.

Throughout his travels he gained fame for standing alongside Barnum’s smallest attraction, a man called General Tom Thumb, who stood just three feet, four inches. When standing next to each other, the two men’s extreme heights were even more pronounced, resulting in increased wonder from the audience. 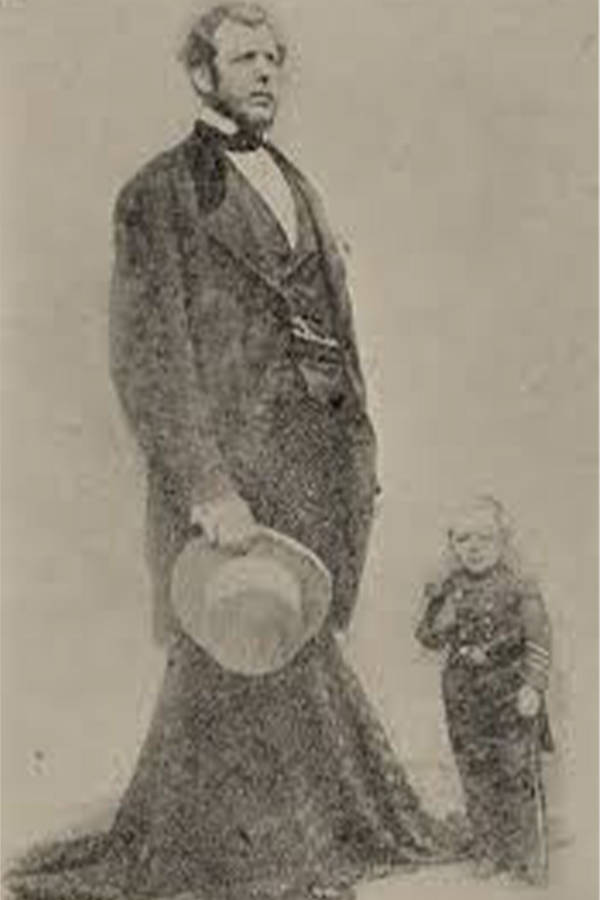 At the height of his performance career, Queen Victoria heard about MacAskill’s impressive size and strength and invited him to come to perform for her at Windsor Castle. He complied, and in turn delighted the queen, who was indeed in awe of him. In thanks, she presented him with two gold rings to take with him on his travels.

After his show business career was over (after all, how does one compete with praise from Queen Victoria herself?), Angus MacAskill decided to retire back to Nova Scotia. There, he purchased a small gristmill and a general store, quickly becoming a town favorite. One of his greatest products was tea, which he would sell to customers by the pound or by the fistful. A fistful of his, of course, was equal to several pounds of tea.

In the summer of 1863 during a trip to Halifax, Nova Scotia, to procure more stock for his store, Angus MacAskill fell suddenly and seriously ill. After being taken to his parents’ home, where his childhood bed had been re-fitted to accommodate his height, he passed away from what doctors referred to as “brain fever.”

In 1881, he was awarded the Guinness World Record for being the tallest non-pathological giant in recorded history, meaning the only giant whose size was entirely natural. 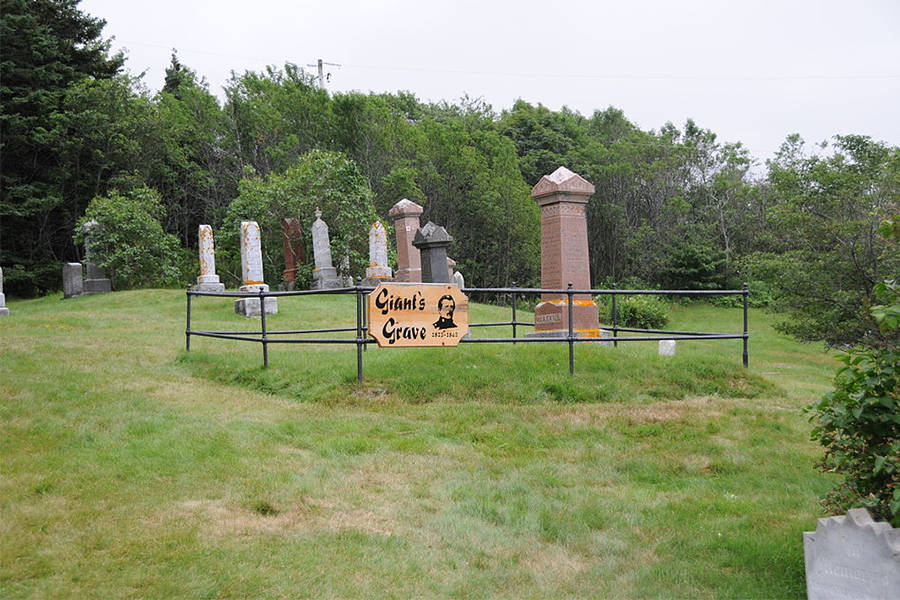 Today, a grave marker worthy of his massive size stands at his grave on Cape Breton Island in Nova Scotia.

Several items from his home, including an oversized bed frame, are on display at a museum in the area, serving as a reminder of the man Queen Victoria called “the tallest, stoutest and strongest man to ever enter the palace!”

After learning about Angus MacAskill, check out this footage of a giant alligator in Florida. Then, check out these Andre the Giant drinking stories you won’t believe.