Like So Many Syrians, Anne Frank Was Also Refused Refuge By The United States 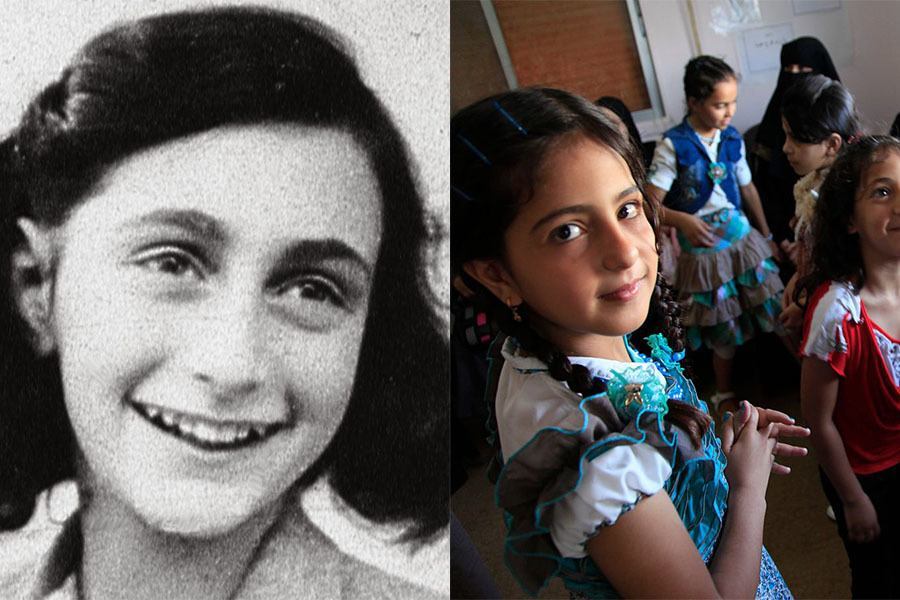 Feebleminded. Insane. Criminal. Mooching. All of these words have been invoked to legitimize the opinions of Americans who want to deny Syrian refugees entry to the United States. Not coincidentally, they’re also words that were used in 1924 by eugenics proponents in order to pass legislation to keep the world’s “undesirables” outside of the United States’ otherwise “pure” soil. They’re words which, when enshrined in law and popular discourse, had the effect of ending Anne Frank’s life, and countless others just like her.

Last week, the House of Representatives voted to keep America “safe” by passing the American Security Against Foreign Enemies (SAFE) Act of 2015. In the act, which passed with a vote of 289-317, the House has motioned to suspend the Obama administration’s already meager vow to accept 10,000 Syrian refugees over the next year, amid an ongoing conflict which has already produced over four million refugees and shows no signs of stopping.

The bill and vote do not represent a small, isolated, angry and fearful faction of the United States: a majority of Americans polled in recent surveys said that following the deadly attacks in Paris, Beirut and Baghdad, they were in favor of denying Syrian refugees entry to the United States.

Likewise, 26 governors across the country have taken steps to deny these refugees entry to their respective states (a futile gesture, since the Constitution prohibits governors from doing such a thing). GOP presidential candidates have echoed these sentiments, with Chris Christie going so far as to say that not even Syrian orphans under the age of five would be welcome in the United States.

Sadly, the attitudes reflected in these remarks don’t represent anything new. In spite of the fact that the U.S. has historically benefited enormously from immigrant labor, innovation and ideas since its inception, there remains an isolationist, jingoistic bent that has been hard, if not impossible, to break. It is one that has been fatal to many: indeed, it has been confirmed that Anne Frank was denied entry to the United States during World War II due to similar fears held by people within the United States at the time.

According to documents made public in 2007, Otto Frank, Anne’s father, wrote numerous letters to U.S. officials begging for his family to be allowed to immigrate to the United States. Frank wrote these letters from April-December 1941, and after their requests had been denied, the family went into hiding.

Silence on behalf of the American government was steeped in years of history. In 1924, Congress passed an Immigration Restriction Act which set up a quota system to discourage the immigration of “undesirables,” like Jewish populations from overseas.

Couple that with the anti-semitism that had spread throughout the United States during World War II—and the byzantine bureaucratic hurdles that made it impossible to reach the quota of immigrants allowed—and it’s no surprise that Anne Frank, and so many others like her, would spend much of her childhood in hiding, and her last days in a concentration camp.

Wrote Anne’s mother Edith to a friend in 1939, “I believe that all Germany’s Jews are looking around the world, but can find nowhere to go.”

Less than a century later, the names and faces of perpetrators of evil have changed, but the facts remain the same: millions of innocent people are embroiled within a conflict over which they have no control, and they have nowhere to go. The United States has a choice: it can continue to govern out of fear, or it can choose to act out of compassion. The latter is certainly harder, but it does, at least, save lives.