Hundreds of the body spray cans exploded along Interstate 35 and the whole internet had the same hilarious reaction. 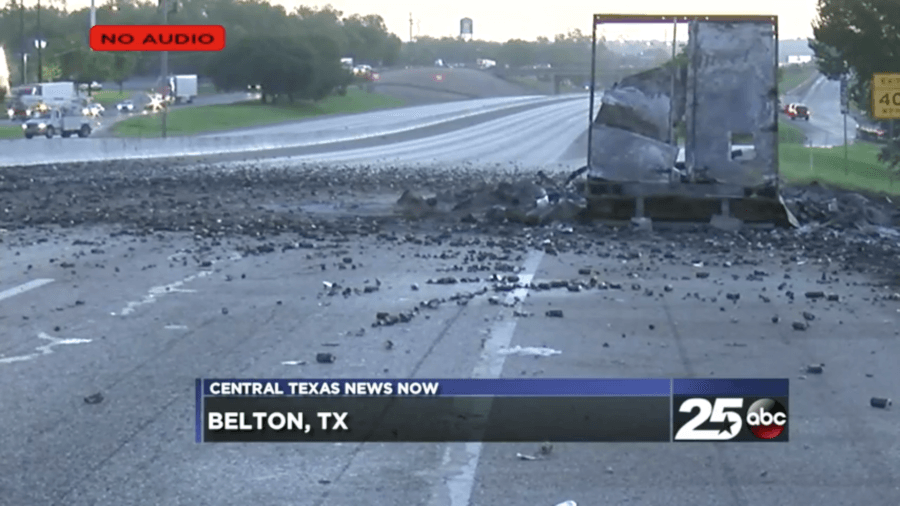 KXXVAftermath of the Axe explosion.

A truck carrying a sizable shipment of the teenage-favorite, Axe body spray, caught fire near Interstate 35 in Belton, Texas, and caused hundreds of cans of the deodorant to explode.

FIRE VIDEO: Viewer David Clauder sent us this video from the fire on I-35 this morning.

The fire was caused by Axe Body Spray cans that had exploded after an accident: https://t.co/mXxjfSPnod pic.twitter.com/HfeXutWqKg

The driver of the 18-wheeler full of Axe noticed a small fire in the back of his truck. With the help of some people nearby he was able to detach the trailer from the truck just before the hundreds of cans of compressed body spray exploded.

Police received notification of the calamity around 4:00 a.m. on Sept. 1 and were forced to shut down the highway until just before noon.

The “Axe-ident” was fairly significant but fortunately, nobody was hurt.

Authorities spent about eight hours diffusing the situation and cleaning up the debris.

Because the cans of Axe contain aerosol, when exposed to a naked flame, the pressure inside of the can becomes so intense that it eventually explodes.

An explosion of one of these aerosol cans can be bad enough but imagine hundreds of them confined in the back of an 18-wheeler lighting up. This is what happened on Interstate 35, and it resulted in multiple mini-explosions that made for a truly alarming scene. 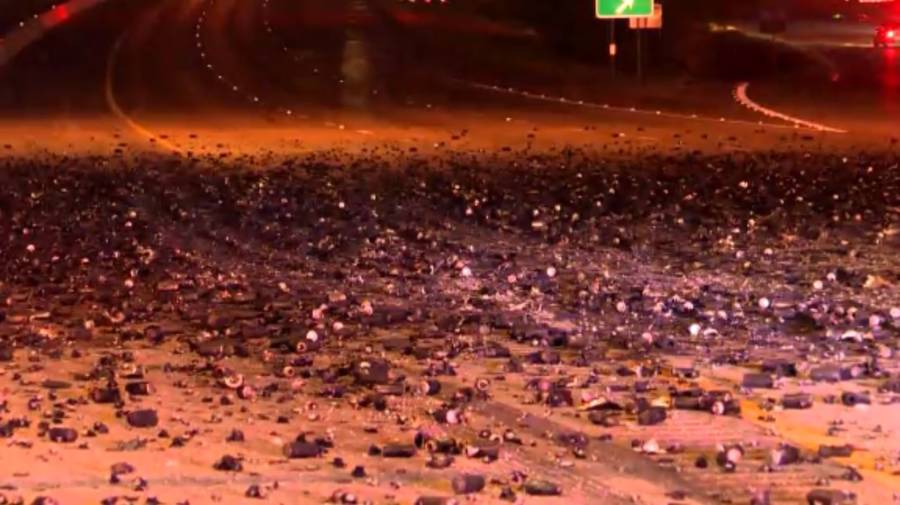 The Axe brand not only has a pungent, signature scent but is also infamous for its outlandish commercials. Subsequently, the internet was quick to poke fun at the situation.

One Twitter user wondered why hoards of bikini-clad women weren’t flocking to the truck, in reference to an old Axe advertisement:

Where are all the women running in the direction of the wreckage as seen in their advertisements??

Another user suggested that the body spray’s scent would have everyone in Texas “in the mood”:

Other users made jokes about Axe’s preeminent consumers — prepubescent boys:

I guess middle school boys in Texas will have to take showers instead of spraying themselves with AXE.

It is still unclear just how long the smell lingered in the town of Belton, Texas and whether residents saw a spike in dates this week.