The system is not only inexpensive, but it has also been proven to be highly effective. 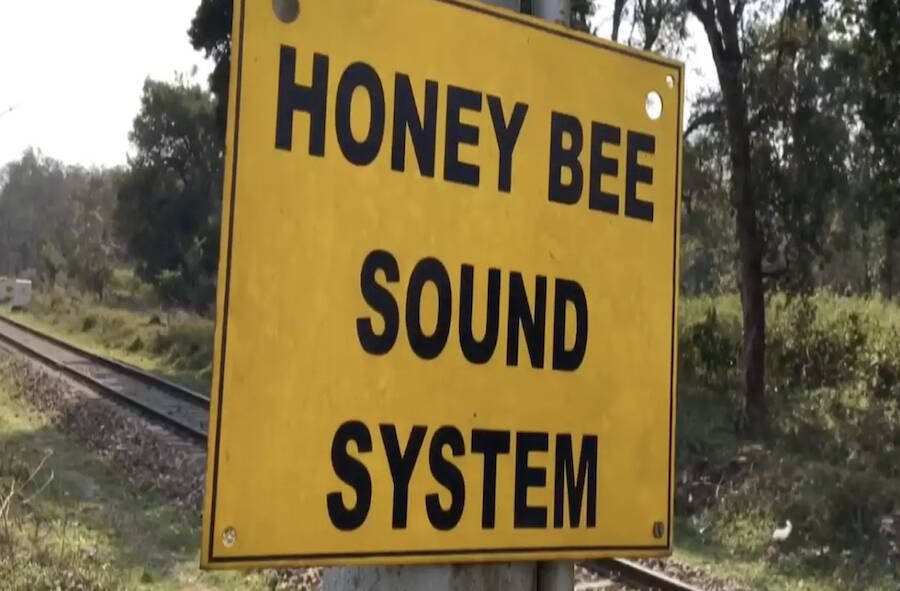 YouTubeA sound system that plays the buzz of honey bees has been installed at over 50 known “elephant crossings” in India.

For some Indian railroad officials, herding elephants away from the tracks is just part of the job. Unfortunately, they’re not always successful. That’s why the Moradabad Railway Division installed audio systems that play the sound of buzzing bees along the train tracks. Why bees? Turns out elephants are terrified of them.

“The system has proved to be a success as no incident of collision between train and animals has occurred in the last two years,” said divisional railway manager Tarun Prakash.

The buzzing is played for a few minutes before a passing train approaches.

The lumbering animals just aren’t deterred by the sound of trains the way we would be, resulting in a number of collisions disastrous for both the animals and humans. Indeed, train collisions in India killed 266 elephants from 1987 to July 2017, and between 2013 and 2018, close to 30 elephants were struck by trains in West Bengal alone.

The speaker system was first installed over the Haridwar-Dehradun track, which passes through Rajaji National Park, about two years ago.

“The idea was worked upon jointly by the railways and forest department and implemented around two years ago to keep animals off the railway track,” said Prakash. “The loudspeakers that have been installed at select railway crossings where animal zones exist play the buzzing sound of honey bees.”

According to The Wise Herb, over 50 of these systems have since been installed at known elephant corridors along the Northeast Frontier Railway (NFR).

The sound is played for a few minutes before a train arrives and is audible to elephants nearly 2,000 feet away.

Biplab Hazra/Quartz IndiaRailway authorities did not consider ancient elephant pathways when they laid tracks in the Bankura district. As a result, every year numerous elephants are hit by speeding trains.

“It distracts wild animals, especially elephants, making them move away from the railway tracks. This way, animals do not die while crossing the tracks.”

Of course, conductors are also told to temporarily reduce their speed upon approaching these locations, and electric fences, as well as real-time updates from forest officials, have been implemented as a part of this new “Plan Bee.”

According to Phys, the approach earned NFR a “Best Innovative Idea” award.

The method is saving elephants’ lives, which are under the increasing threat of human-related conflicts across India.

According to the Times of India, an estimated 700 elephants were killed in human-related incidents between 2011 and 2019. 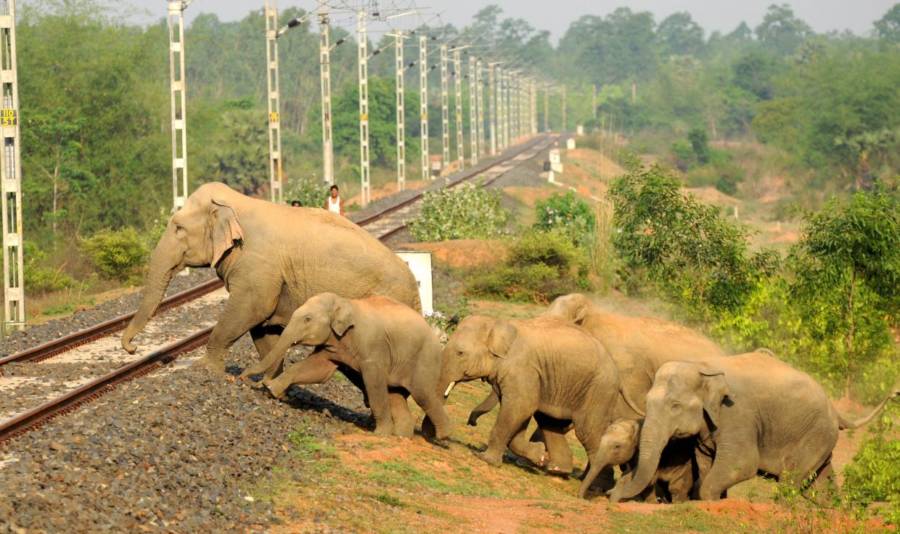 Meanwhile, normal Indian citizens have been far ahead of the NFR in this method — albeit, with a more aggressive approach. In the southern Indian state of Kerala, for instance, villagers have been using “beehive fences,” which unleash a box of bees upon an approaching elephant when it touches someone’s fence.

Next, read these interesting facts about India, tigers, the Taj Mahal, and more. Then, read about how baby elephants in Southeast Asia are being separated from their mothers and tortured for the sake of tourism.