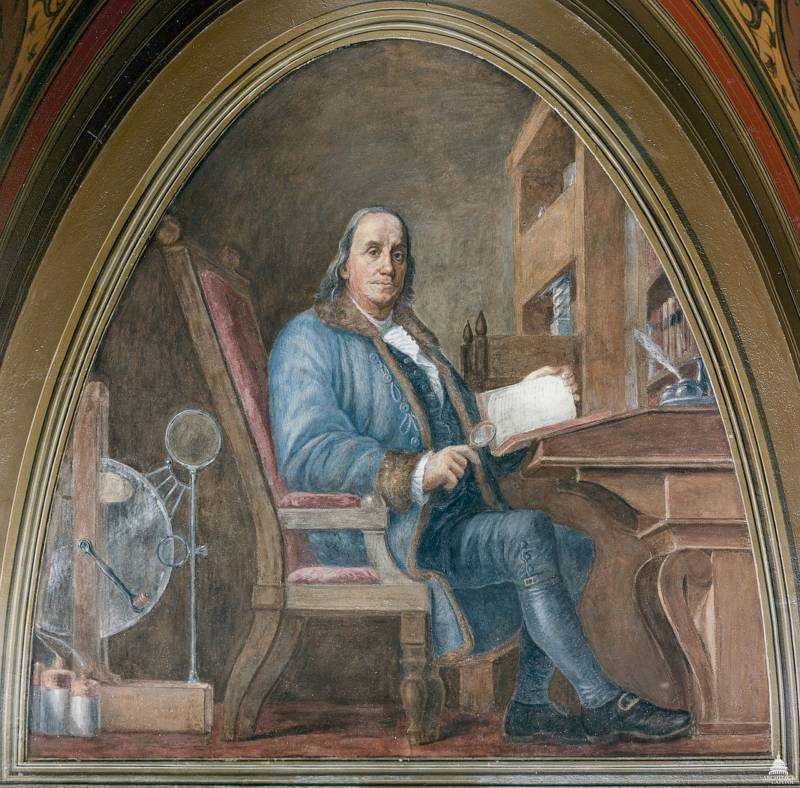 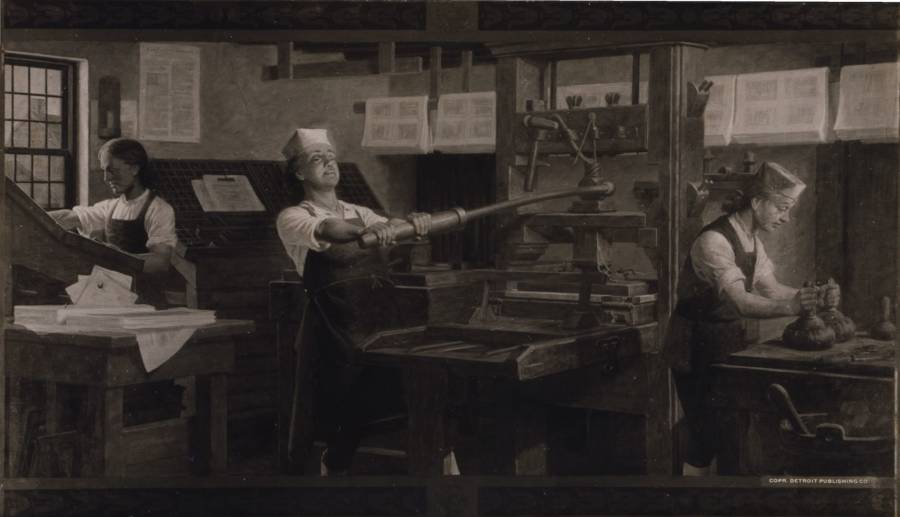 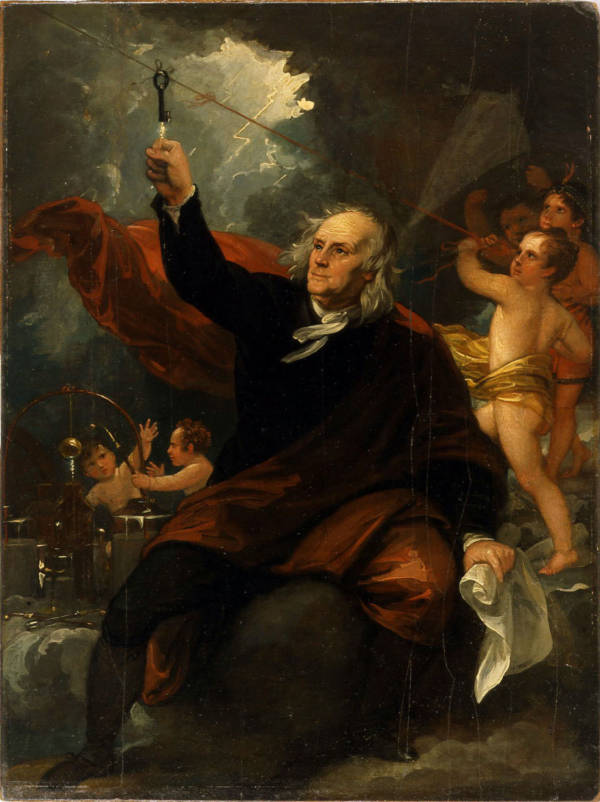 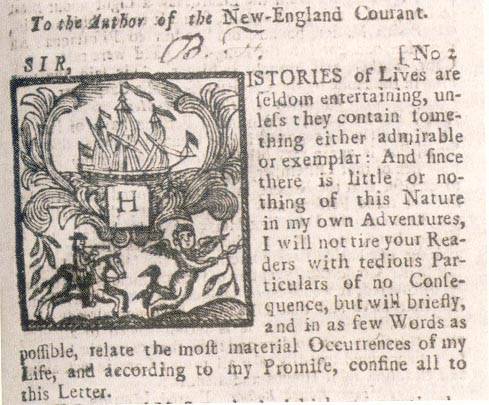 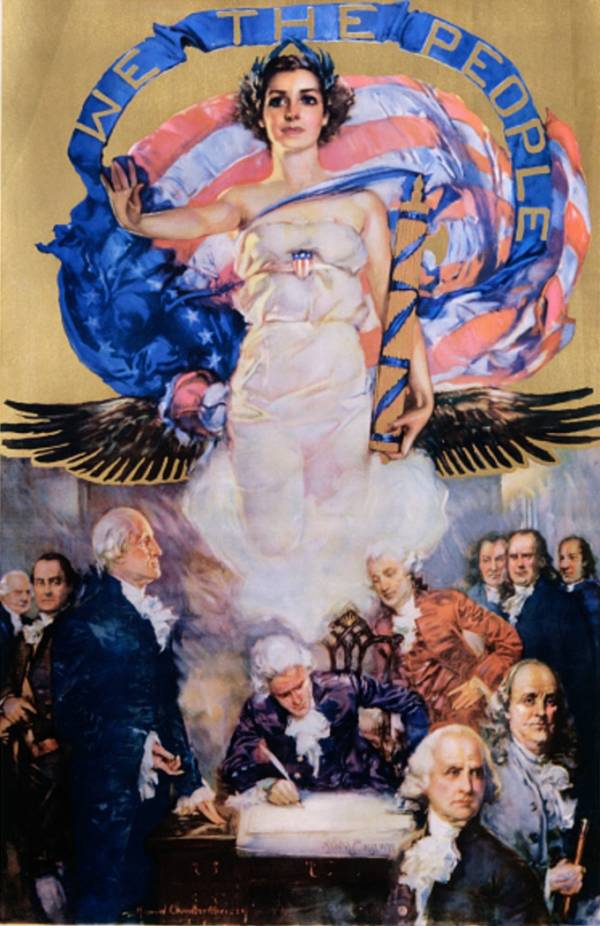 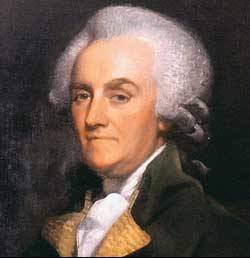 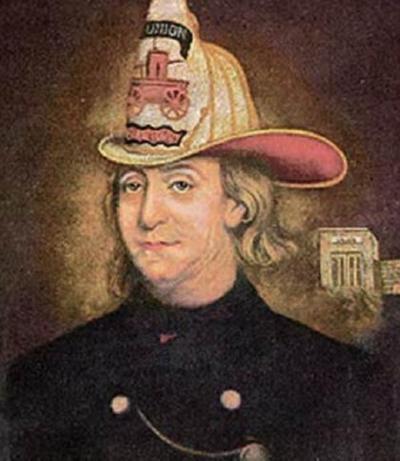 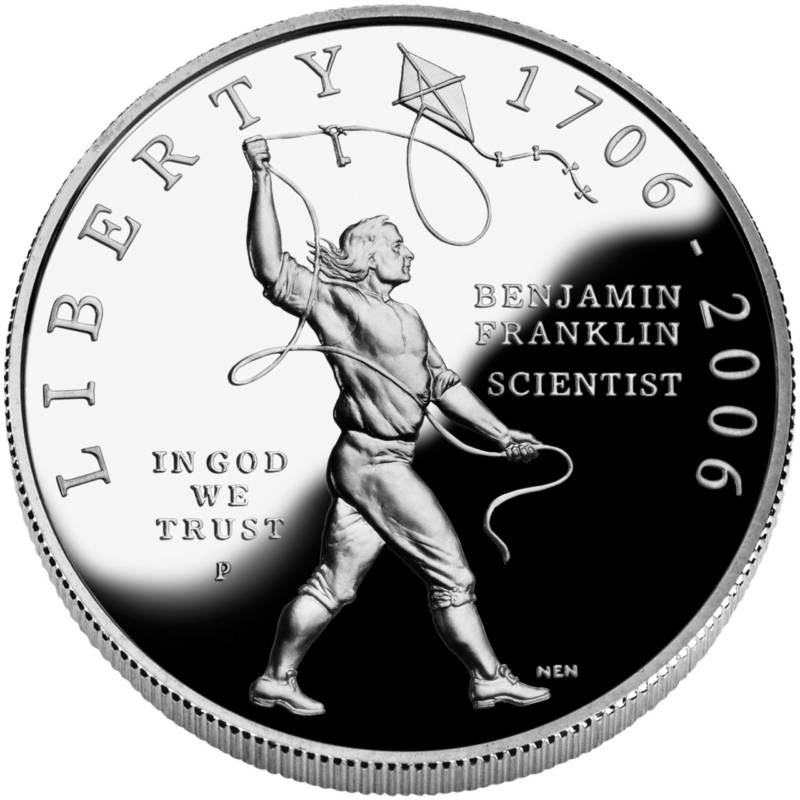 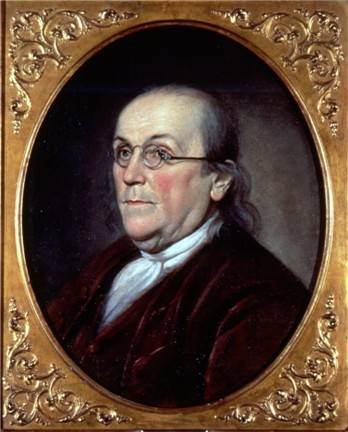 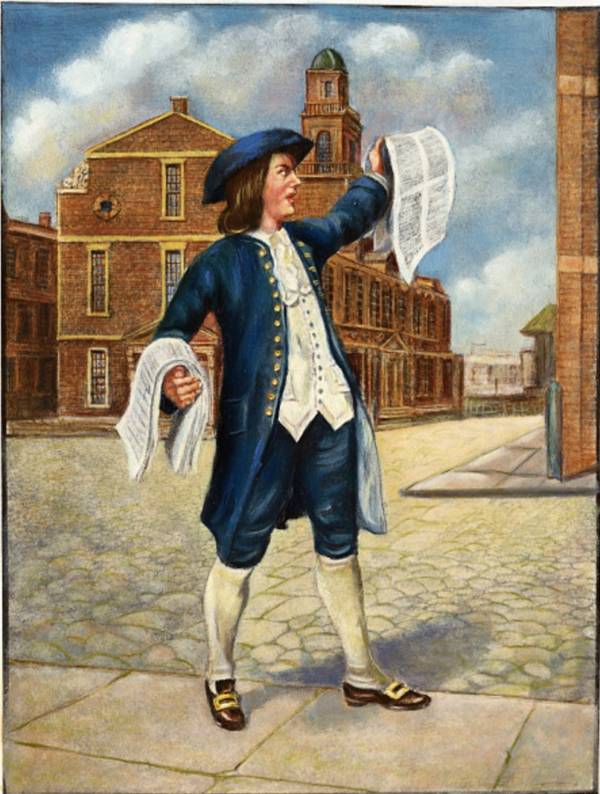 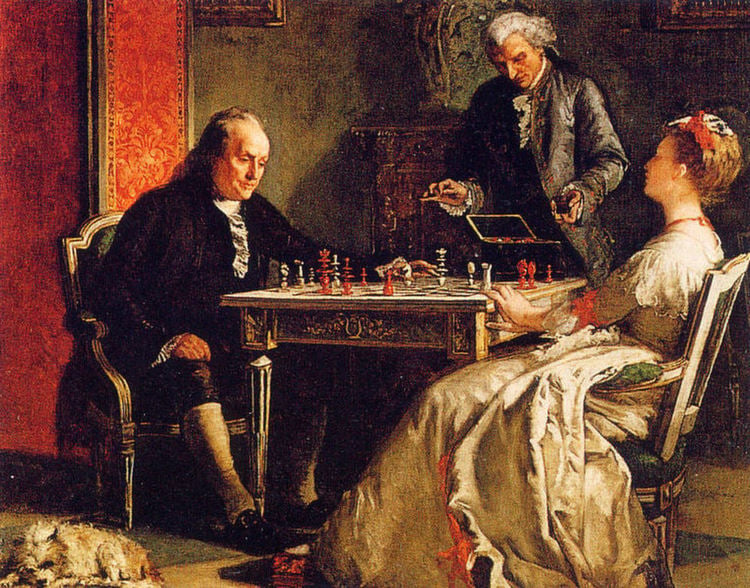 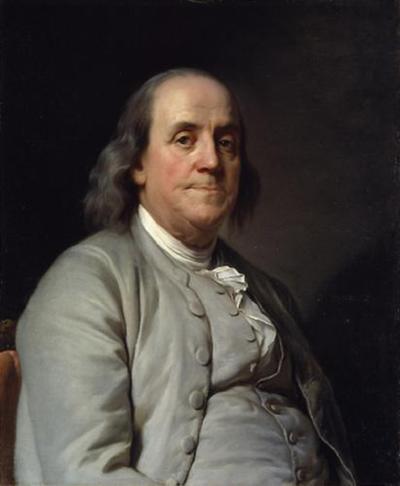 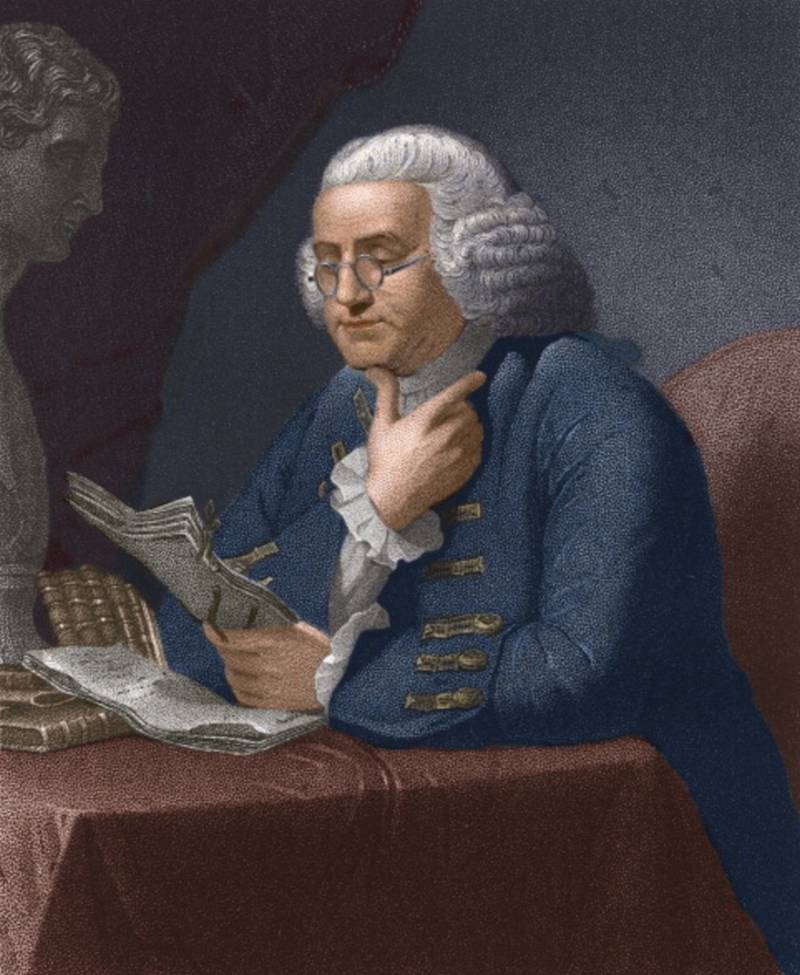 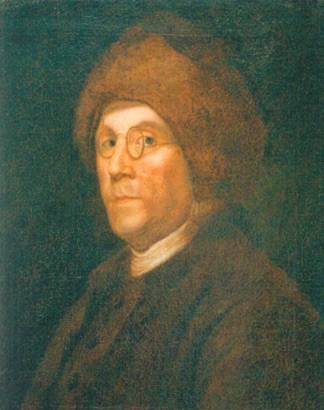 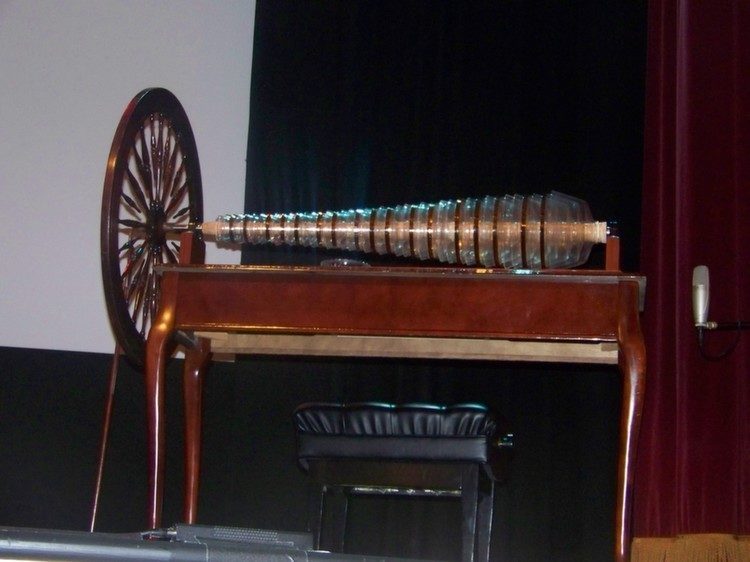 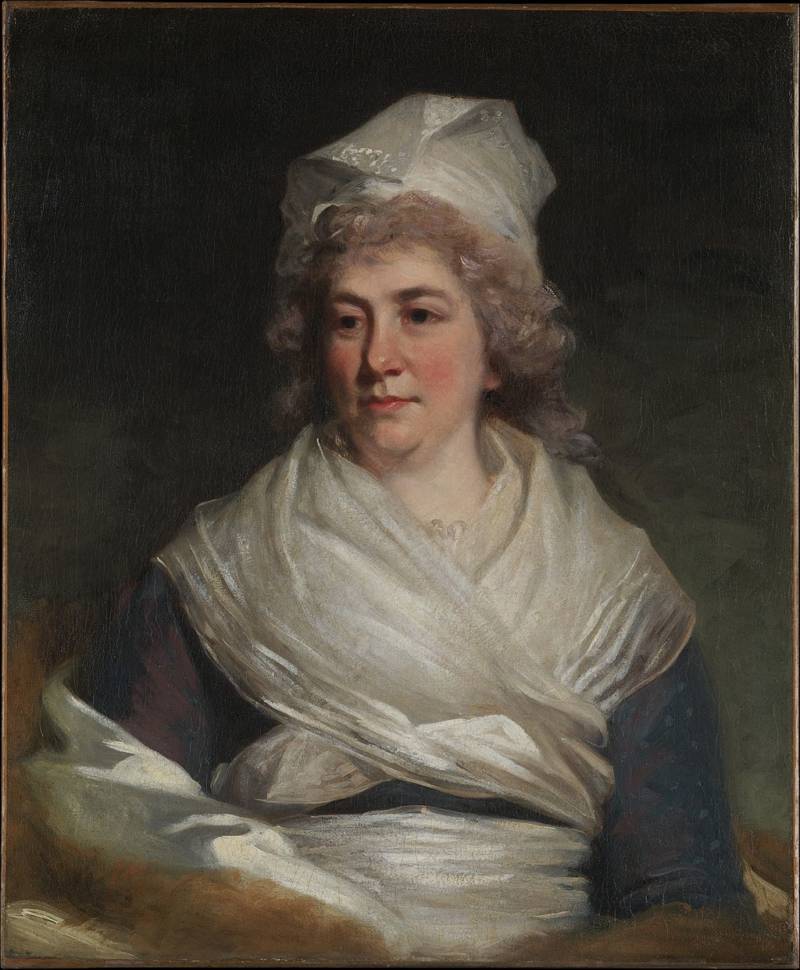 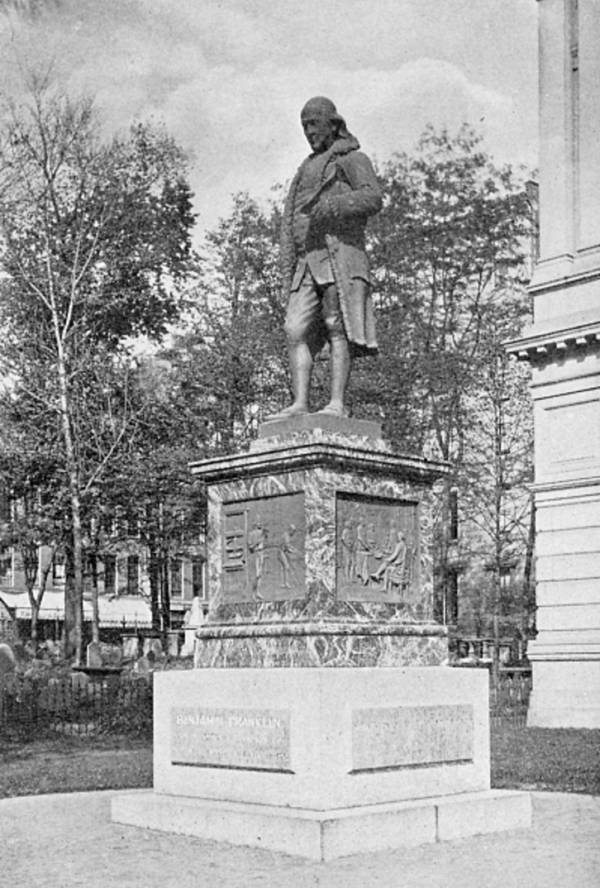 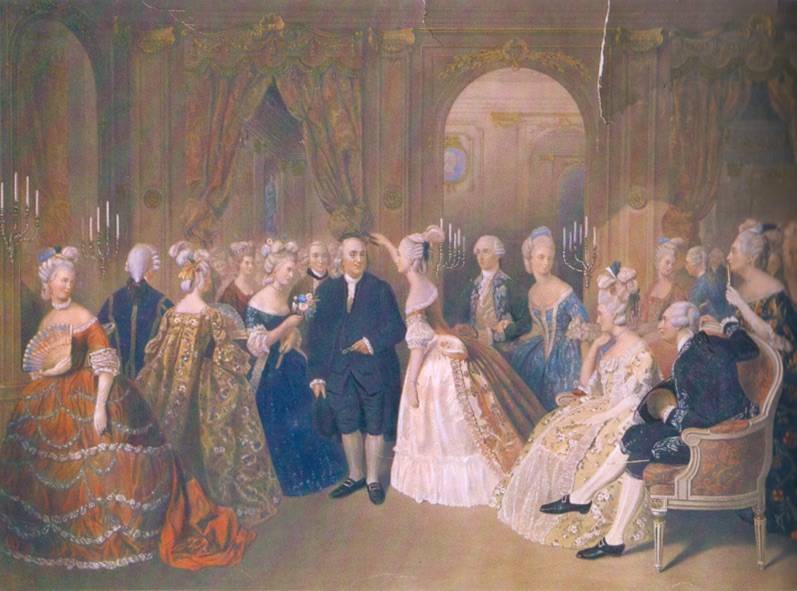 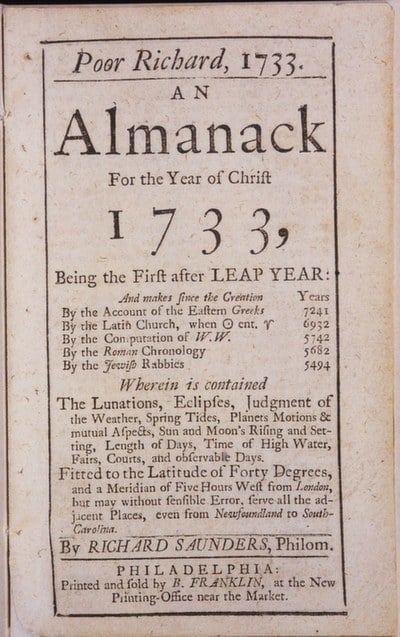 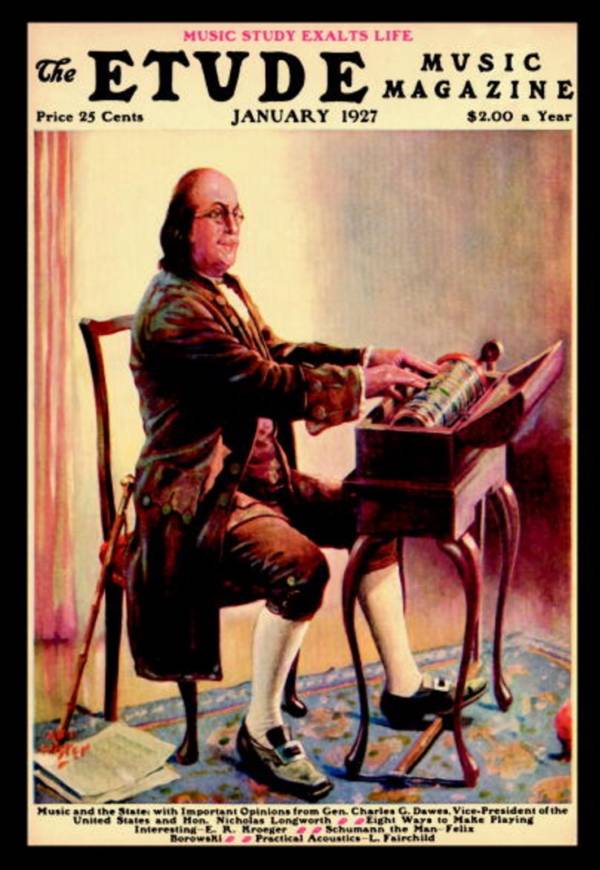 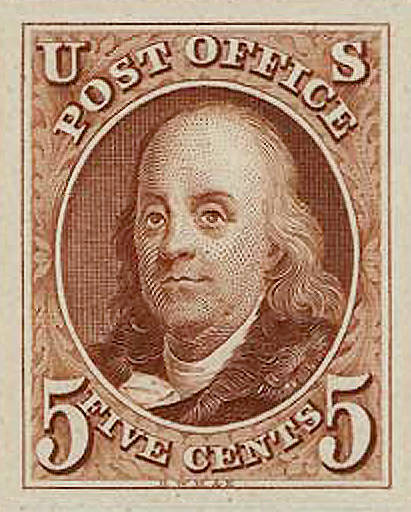 He only had two years of formal education.

Franklin dropped out of middle school when he was 12 to work in the family soap business.

He spent whatever money he earned on books and would hone his memory skills by reading essays and then rewriting them without looking.

Despite the lack of hours in the classroom, he earned honorary degrees from Harvard, Yale and several other top institutions.Wikimedia Commons
2 of 23

After the success of "Poor Richard's Almanac," Franklin had enough cash to call it quits on the printing business. He became a "gentleman of leisure" and focused on his studies and inventions. Wikimedia Commons
3 of 23

They didn't put his face on the hundred dollar bill for nothing.Wikimedia Commons
4 of 23

But he could have been a lot richer if he wanted to.

Franklin could have made a lot more money if he had patented his inventions. However, he refrained from doing so, feeling that it was enough to know that others are helped by his creations.

Because of this, other tinkerers were free to work and improve on Franklin’s designs which sometimes allowed for significant technological advances taking place in a short amount of time.Wikimedia Commons
5 of 23

His secret identity was a woman named Silence Dogood.

When Franklin's brother refused to publish his letters in his newspaper, the scorned sibling began writing in under the woman's name Silence Dogood.

He wasn't into the whole "revolution" idea at first.

Franklin was the last Founding Father to get on board with the revolution.

"Every encroachment on rights is not worth a rebellion," he once said.Getty Images
7 of 23

His son was a British loyalist.

Franklin fathered an illegitimate son named William in 1730. The two were close for a while, but had a big falling out over the revolution.

William (pictured) remained a loyal Tory and refused to resign from his position as royal governor of New Jersey. For that, he'd spend two years in colonial prison and get cut out of his dad's will. Wikimedia Commons
8 of 23

He started the first volunteer fire department in America.

In a series of articles published in the Pennsylvania Gazette, Franklin expressed the need for better fire prevention methods. This led to the formation of the Union Fire Company in Philadelphia in December 1736. Unofficially, the department became better known as Benjamin Franklin’s Bucket Brigade.Wikimedia Commons
9 of 23

He almost died trying to electrocute a turkey.

As most of us know, Franklin was really into electricity. He performed a lot of experiments with it, including how to use it to cook. Eventually, he perfected a method of using electricity in order to kill and cook turkeys.

On one occasion, Franklin decided to show off his method at a party. He brought out the doomed bird and started setting up the charge when, all of a sudden, the attendees saw a bright flash of light engulf him. He had electrocuted himself, although in a later letter to his brother he confessed that his ego sustained the biggest injury. Getty Images
10 of 23

He was a great wingman.

Franklin definitely did not shy away from the salacious. He once wrote a letter titled "Advice to a Friend on Choosing a Mistress," which was considered obscene for that time and wasn’t published when his entire collection of papers was made available during the 19th century. The letter contained many sexual references and basically touted the virtues of choosing an older mistress over a younger one. Getty Images
11 of 23

Words to live by. Wikimedia Commons
12 of 23

He was a champion chess player.

Franklin wasn't only a prolific chess player (inducted into the chess hall of fame in 1999), he was also a classy one.

He brought the sport to America and wrote "The Morals of Chess."Wikimedia Commons
13 of 23

He was never president.

He was, however, the governor of Pennsylvania, the ambassador to France and Sweden, and the first ever U.S. Postmaster General. Wikimedia Commons
14 of 23

He was a great swimmer.

Franklin loved the water and earned a spot in the International Swimming Hall of Fame for his strokes.

He even invented hand flippers to go faster. Wikimedia Commons
15 of 23

Franklin was a fashion icon.

When Franklin arrived as a delegate in France, he played up the rustic American look with a fur hat and plain clothes.

The Parisians loved it and women across the country could soon be seen in fur caps and big wigs in a style dubbed "coiffure a la Franklin."Getty Images
16 of 23

He perfected the glass harmonica.

Although sometimes it is claimed that Franklin was actually the inventor of this musical instrument, others had previously designed objects that were similar in function and purpose. Even so, Franklin’s glass harmonica was quite revolutionary and unique in its design, which is why the real inventor is still a bone of contention.

Either way, it was Franklin’s creation that became popular and remained the blueprint for all future glass harmonica designs. Some of the biggest composers of all time—like Beethoven, Strauss and Mozart—composed pieces for this instrument.Wikimedia Commons
17 of 23

He spent his later years as a devoted abolitionist.

Franklin owned two slaves in his life, but later realized the gross inhumanity of the practice.

He presented an abolitionist petition to Congress in 1790 and included a provision in his will that his daughter (pictured) had to free her slave to get her inheritance. Wikimedia Commons
18 of 23

He was a smarty pants even after death.

He also left 2,000 pounds of sterling to his birthplace (Boston) and his hometown (Philadelphia).

He stipulated that the money had to be placed in a trust for 200 years. So by the time the cities gained access to it, it was worth a total of $6.5 million. Getty Images
19 of 23

He lived his life according to 13 rules.

Named "the 13 virtues," he wrote them when he was 20 years old and stuck to them. Some of these virtues include frugality, sincerity, silence, and order.Getty Images
20 of 23

He wanted to change the alphabet.

He liked to take air baths.

Every morning, Franklin would sit at his open first floor window “without any clothes whatever, half an hour or an hour, according to the season.” Getty Images
22 of 23

He liked to get philosophical over drinks.

Franklin founded a group known as the Junto. Initially consisting of 12 members with different backgrounds, the group would meet in taverns, have a drink and discuss philosophical matters. Eventually, they would also start to discuss social issues.

The Junto is where Franklin would come up with some of his best civic ideas like founding a public hospital, a lending library, the first American volunteer fire department and even the University of Pennsylvania.Getty Images
23 of 23 Benjamin Franklin, one of the most revered figures in American history, remains one of its most fascinating as well.

Franklin enjoyed a long life filled with countless achievements and colorful adventures. A true polymath, throughout the course of his life he worked in everything from politics to business to science to literature.

Thus it comes as no surprise that someone with such a distinguished life and career has so many fascinating stories to tell. In the gallery above, you'll find 22 of the most astounding Benjamin Franklin facts.

After these Benjamin Franklin facts, read up on the dark, little-known sides of Thomas Jefferson and George Washington.