Though some have criticized the museum for focusing on such a horrible figure, the curator said it's important for people to understand why Germans followed Hitler. 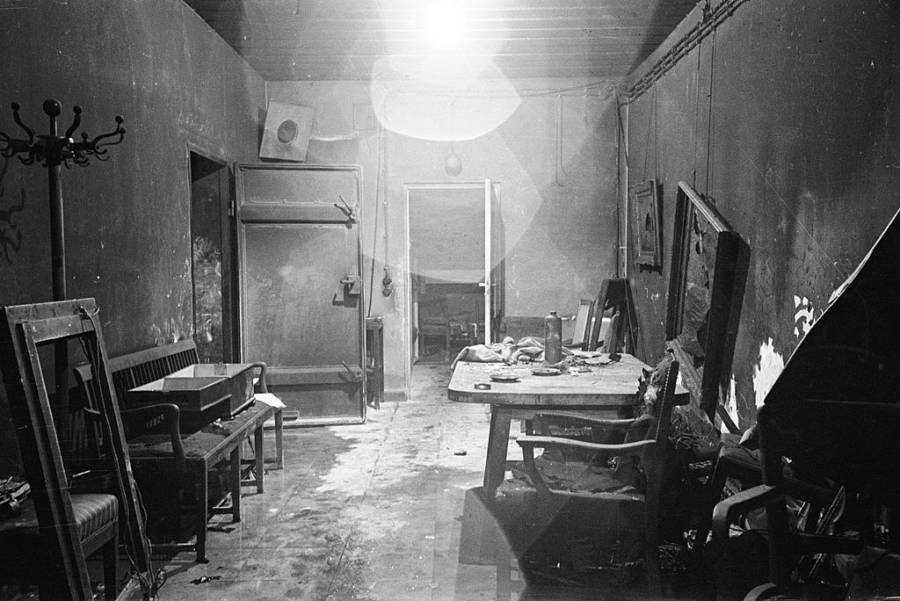 The permanent show, titled “How could it happen?” opened in May at the Berlin Story Museum. It takes visitors from the notorious dictators childhood in Austria, through his unsuccessful painting career, his time as a World War I soldier, and all the way to his suicide on April 30, 1945. 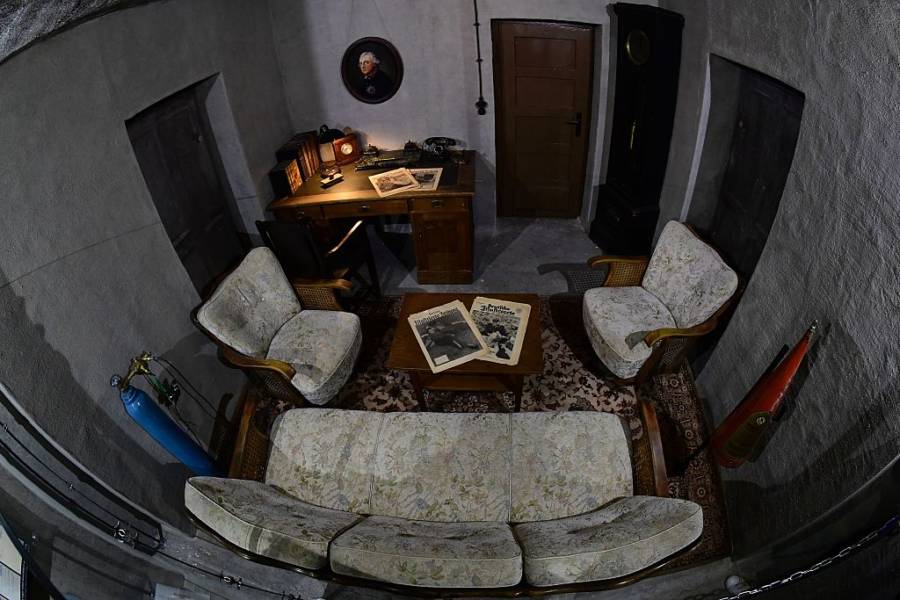 TOBIAS SCHWARZ/AFP/Getty ImagesA full-scale model of Adolf Hitler’s office inside the so-called “Fuehrerbunker” is presented during a press preview of an exhibition at the “Berlin Story Bunker.”
The Führerbunker

It seeks to explore the question of what turned Hitler into history’s most abhorred figure and how everyday German citizens were turned into murderers.

The actual bunker where Hitler died was mostly destroyed after the war. It now sits under a parking lot with only a tiny plaque to mark its historical significance, though some of its corridors remain intact underground.

Hitler resided there for four months, 55 feet under the chancellery where his government headquarters had been held.

The fortress consisted of 18 rooms and had a 9.8-foot thick concrete roof and its own water and electrical supply.

Hitler’s main room, where he entertained several guests throughout his stay, was decorated with oil paintings, an ornate grandfather clock and a floral print sofa. 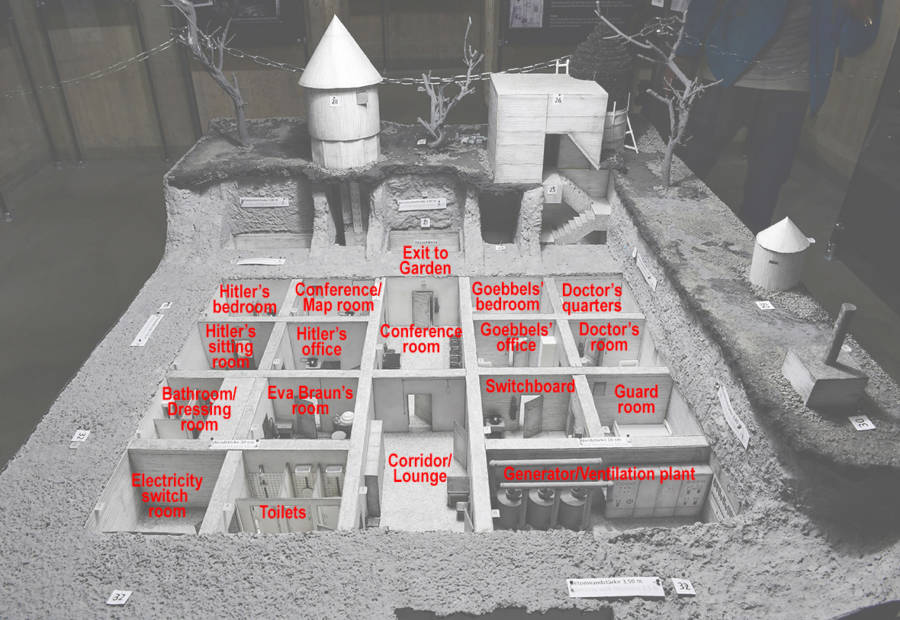 International Business TimesA labeled diagram of one of a model of Hitler’s bunker at the Berlin Story Museum.

This is where he and his wife Eva Braun (whom he had married just two days before his death) committed suicide — presumably by eating cyanide capsules they had first tested on their dogs. Their bodies were cremated by the bunker survivors and eventually recovered, in part, by Russian troops.

This is also the space that the Story Museum chose to recreate. Visitors must be accompanied by a trained guide to see the space, which is contained behind a glass wall, monitored by camera, and closed to photography.

Despite being surrounded by galleries on the war’s victims and the crimes committed against them, the exhibit has still faced backlash from those who call its curator, Wieland Giebel, “Hitler Disney.” 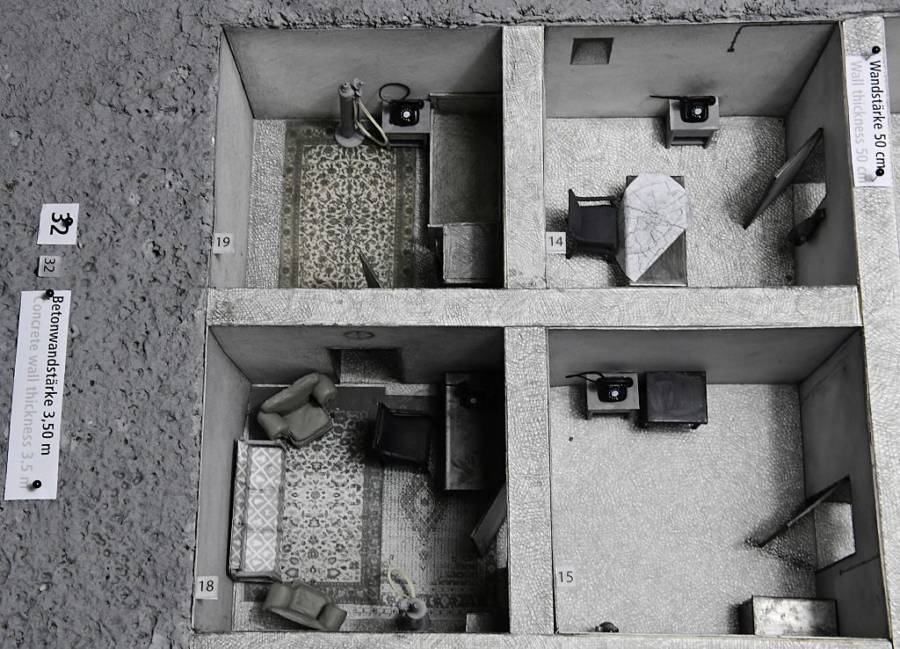 TOBIAS SCHWARZ/AFP/Getty ImagesAdolf Hitler’s living and office room (R) as part of a scale model (1:25) of the 1944-built “Fuehrerbunker.”

But Giebel stands by the decision to present the recreation.

“This room is where the crimes ended,” he told Reuters. “Where everything ended, so that’s why we’re showing it.”

Giebel himself approaches the subject from an interesting perspective. One of his grandfathers was a member of a firing squad responsible for killing victims during the war and the other was a Jew in hiding.

The exhibition — which also features Hitler’s paintings and videos documenting his partnership with Eva — has attracted about 20,000 visitors in its first two months alone. 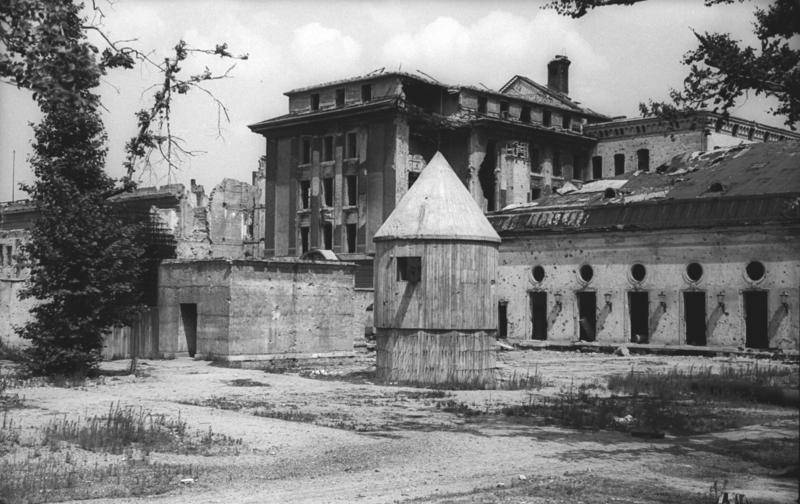 It’s important that people pay attention to the why, he said, so that we can prevent similar power structures from materializing in the future.

Regular people were willing to do whatever Hitler said, Giebel told Reuters, “because he promised to make Germany great again.” 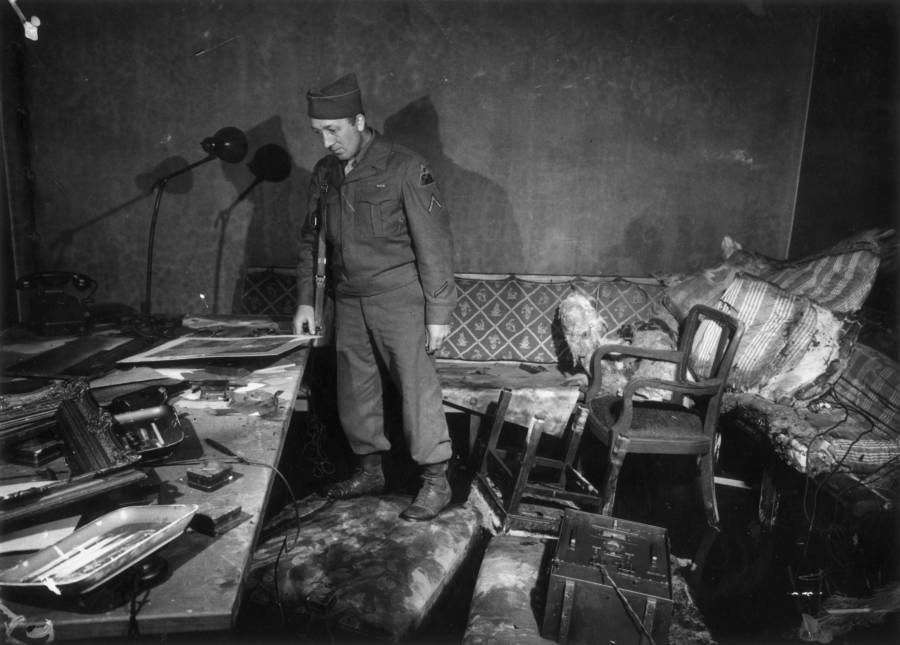 Haacker/Hulton Archive/Getty Images1945: Private First Class Richard Blust of Michigan surveys the bunker at the German Reichschancellery in Berlin where Adolf Hitler and his wife Eva Braun are thought to have committed suicide. A fire has destroyed much of the room’s contents.

Next, read about 44 revealing photographs of life inside the Hitler Youth. Then learn how the Nazis had no idea that the “perfect aryan child” used in their propaganda was, in fact, Jewish..