21 Of The Best Netflix Documentaries You Can Watch In 2018

From commentary on animal activism to stories of war heroes that rescued thousands, the documentaries on this list are the best of the best that Netflix has to offer. 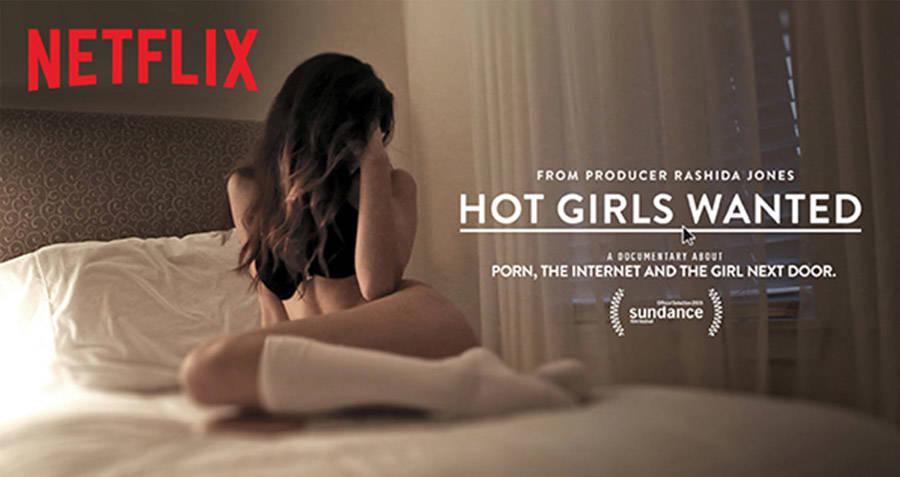 Hot Girls Wanted is for a night when you feel like educating yourself. This documentary, produced by Rashida Jones, tackles the way young women get drawn into the sex industry and how hard it is for them to get out. Netflix 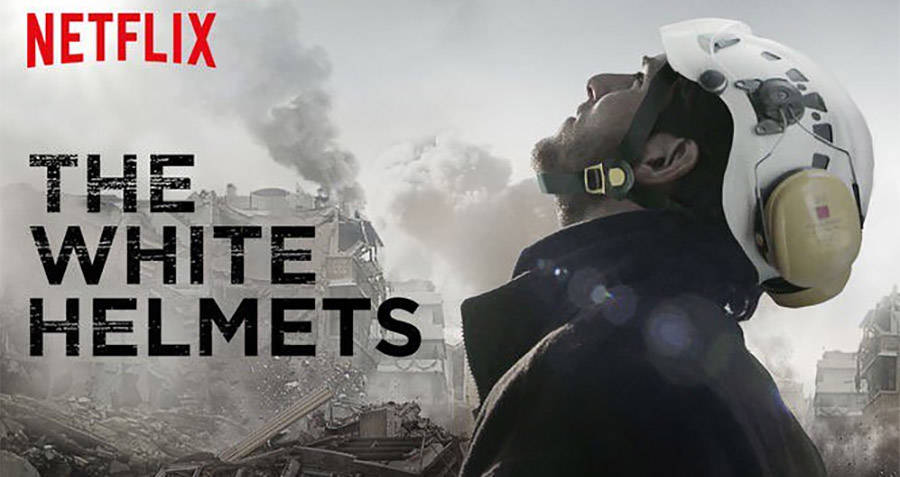 As the first Netflix documentary to win an Academy Award, The White Helmets set the bar high for those who came after it. The film follows three rescue workers, known as the White Helmets, part of the Syrian Civil Defense, who provide emergency medical assistance to civilians caught in the hysteria of the Syrian civil war. Netflix 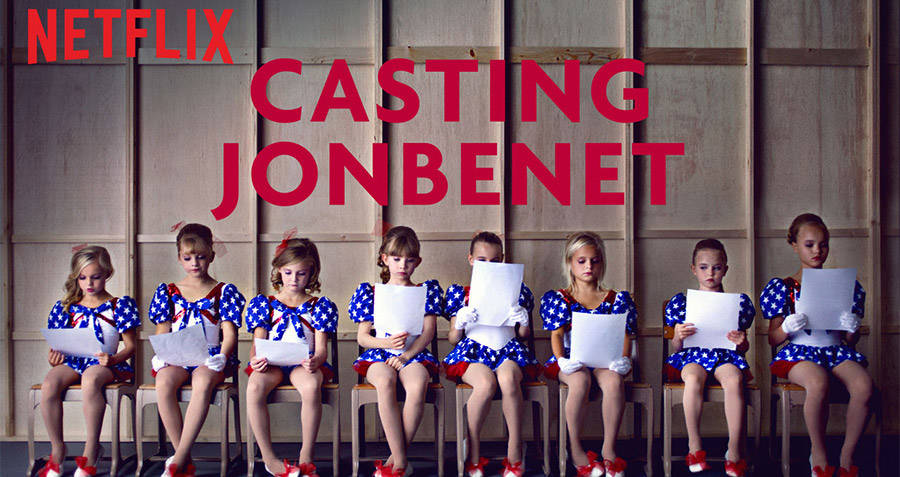 Casting JonBenet is a good documentary for those who are new to the world of docs. Different than your average doc in that it actually has nothing to do with the infamous Ramsey family, the doc is instead comprised of a series of interviews with actors auditioning to play members the family, and their theories on the crime. Netflix 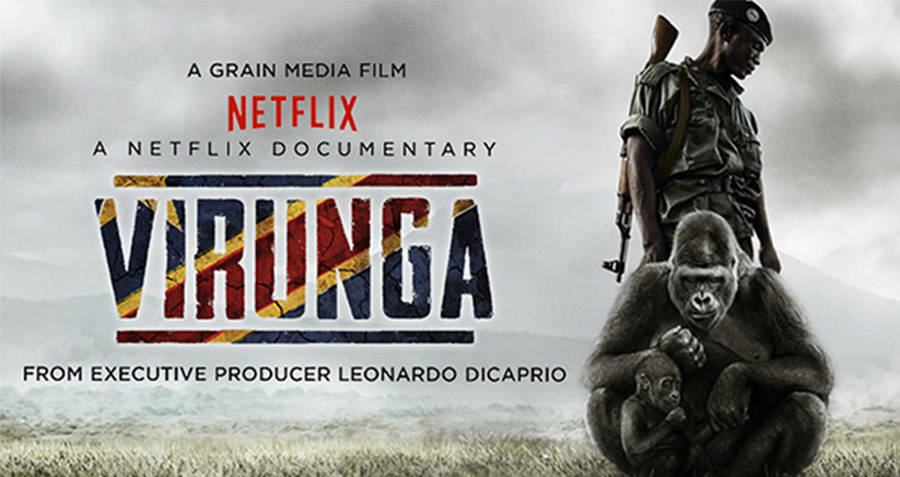 The fact that Virunga won no less than 54 international film awards should be enough to get your attention. The moving documentary by Leonardo DiCaprio follows a group of dedicated locals living in the Congo, and their fight to protect the worlds last remaining mountain gorillas.Netflix 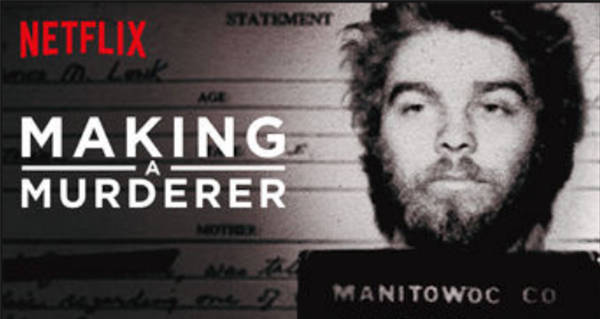 Even if you're not into docs, if you haven't heard of Making a Murderer by now you've been living under a rock. Filmed over a 10 year period, the documentary covers Steven Avery, a prisoner who served 18 years for a wrongful murder conviction. Netflix 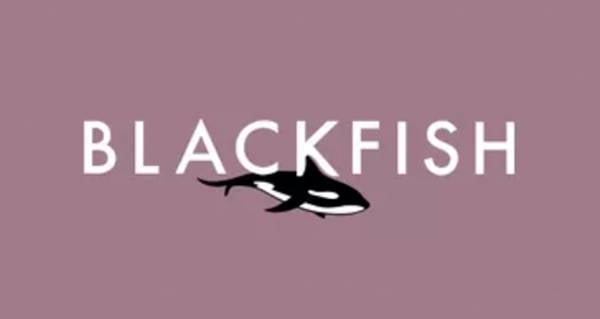 If you're going to watch anything on this list, it should be Blackfish. The film covers the orcas of SeaWorld, specifically Tilikum, the orca responsible for the death of several trainers. It also marked the beginning of the end for SeaWorld's controversial orca program. Netflix 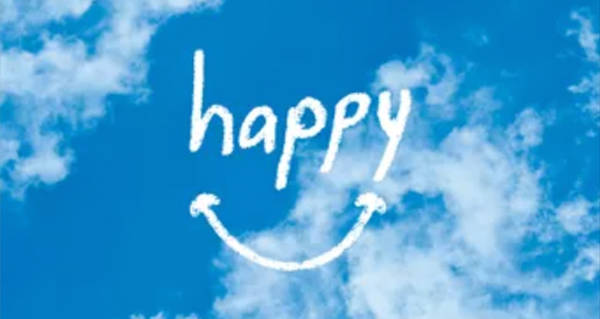 Happy is perhaps the most uplifting documentary on this list. Following people from 14 different countries, the documentary sets out to explore the inner workings of human happiness, and where the happiest people on earth live. Netflix

Exit Through the Gift Shop 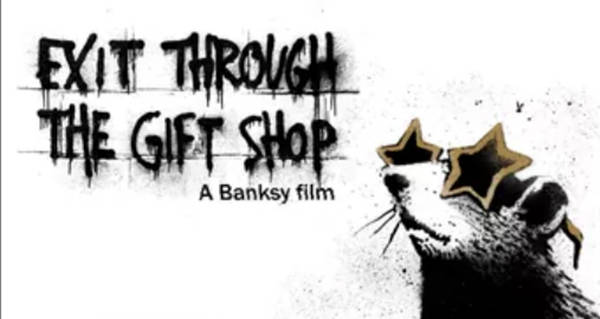 Exit Through the Gift Shop is a for anyone who loves art. Directed by the elusive street artist known as Banksy, it follows a French immigrant artist living in Los Angeles. It even features Banksy him/herself, though naturally obscured to keep the mystery alive. Netflix 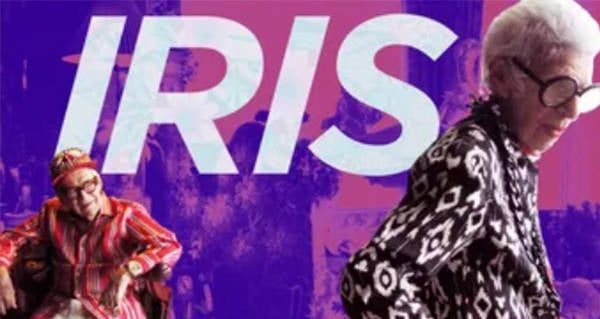 Iris follows the eccentric Iris Apfel, a 72-years-young fashion icon, who has spent her roller coaster life influencing creativity and fashion trends. She also boasts the most extensive collection of costume jewelry in the entire world. Netflix 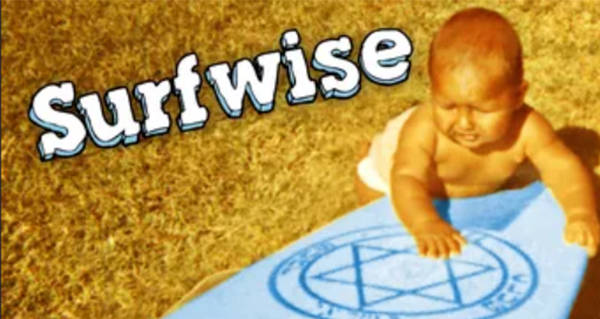 Here's another uplifting doc for when the world's got you down. Surfwise follows legendary surfer Doc Paskowitz, who abandoned his successful medical practice to pursue a life of surfing – in a 24-foot camper with his wife and nine children. Netflix 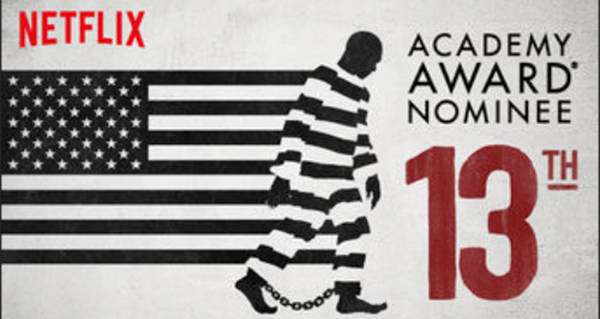 Nominee of 16 awards, and winner of seven, Ava DuVernay's 13th is a powerful documentary about the vastly disproportionate incarceration rate of black people in the United States and the legislation responsible for it. Netflix 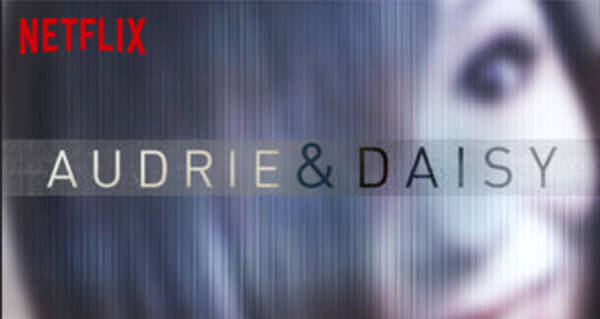 Audrie & Daisy follows two young women who find out that their sexual assaults have been caught on camera, and the ripple effect that cyberbullying has on the teenagers of America. Netflix 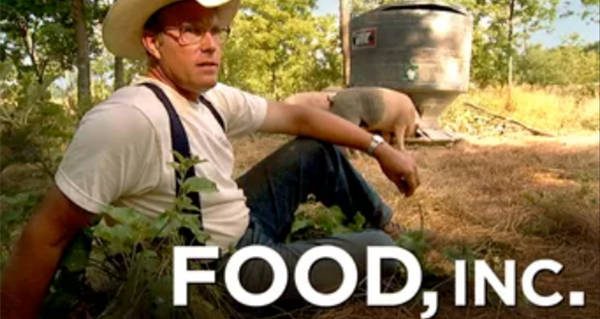 If you're an avid meat-eater, you may want to steer clear of Food Inc. The acclaimed documentary evaluates the less-than-savory practices employed by the food processing industry and the power that consumers have to change them. Netflix 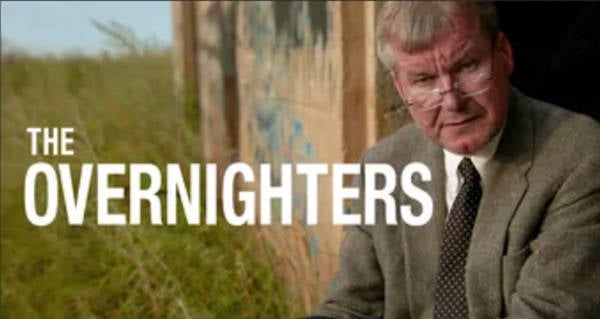 The award-winning The Overnighters focuses on the effects that the North Dakota oil-boom had on its residents, who came to the state looking for high-salaries and lavish lifestyles, only to be forced to live in a church due to the exorbitant housing prices. Netflix 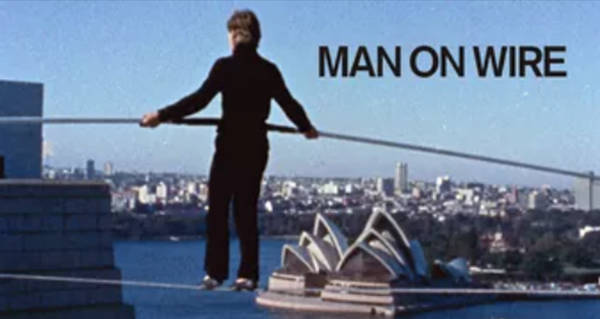 Man On Wire follows Philippe Petit, who performed acrobatics on a high-wire strung between the Twin Towers of the World Trade Center in 1974 for 42 minutes. Netflix 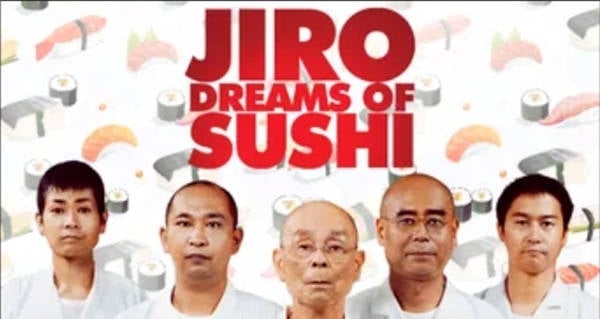 For those who consider themselves to be avid foodies, look no further than Jiro Dreams of Sushi. The documentary features 85-year-old Jiro Ono, widely renowned as the world's best sushi chef, and his tiny Michelin Star restaurant in a Tokyo subway station. Netflix 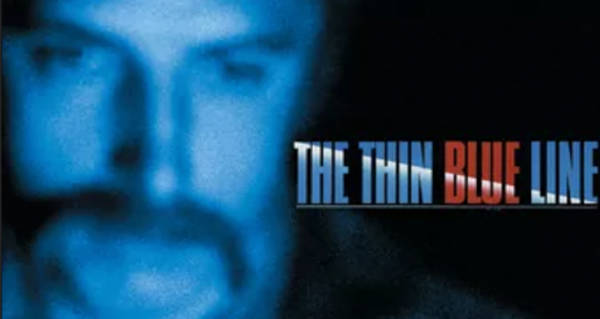 Like Making a Murderer, The Thin Blue Line focuses on what happens when the law doesn't work in your favor – in this case in the interest of a man named Randall Adams, a man wrongly convicted for a crime he didn't commit. Netflix 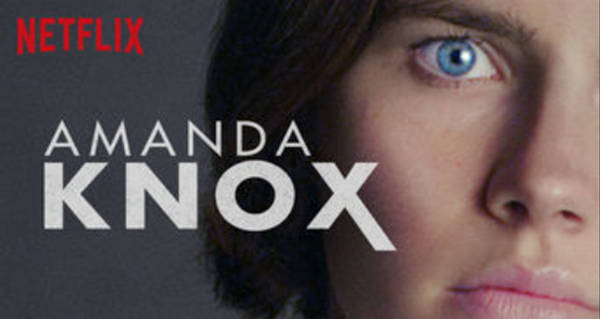 Amanda Knox focuses on the exchange student's infamous murder trial. The documentary includes candid interviews with the titular subject regarding her trial, retrial, and subsequent release from the Italian prison she lived in for so long.Netflix 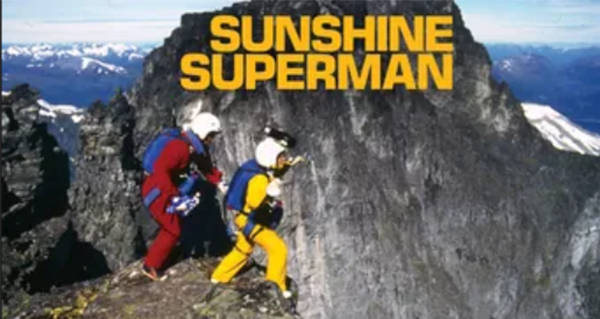 Sunshine Superman follows base jumper Carl Boenish, known as the father of base jumping, as he leaps from the tallest places known to man. In addition to the thrill of experiencing Carls point of view, the doc contains some seriously stunning aerial photography. Netflix 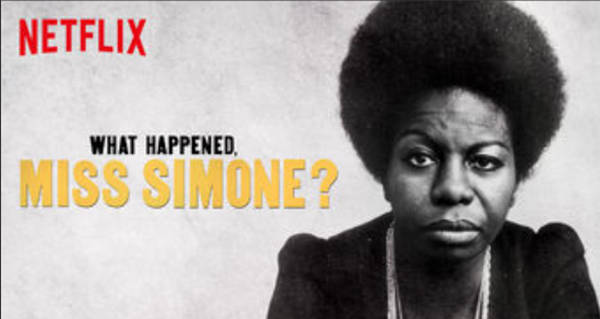 Nina Simone is one of the most captivating singers in music history. In preparation for her induction into the Rock and Roll Hall of Fame this year, treat yourself to What Happened Miss Simone, an intimate look at Simone's personal life, told through her own words. Netflix

Get Me Roger Stone 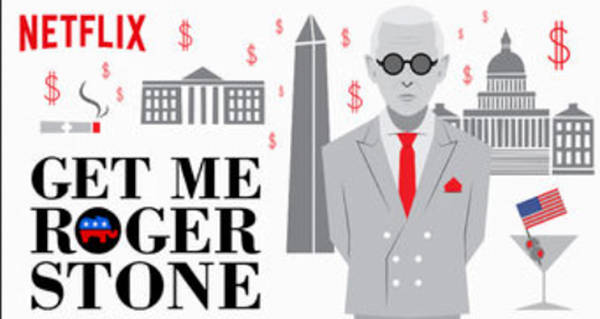 A timely documentary if there ever was one, Get Me Roger Stone profiles the man behind Washington D.C.'s sleaziest politicians, particularly his involvement in the election of President Donald Trump. Featuring interviews with the titular self-proclaimed "agent provocateur" himself, the doc is sure to ruffle a few feathers. Netflix

The next time you're settling in for a night of binge-watching, you may want to check out the documentary section of Netflix.

In the past few years, the streaming network has actually put together quite the collection when it comes to award-winning, critically acclaimed, and just plain riveting documentaries.

On this list, there is the first documentary to win Netflix an Oscar, a documentary that won 54 international film awards, an Oprah-approved documentary, and at least two that sparked huge social movements.

The documentaries on Netflix cover everything from true crime to animal activism, from the happiest people on earth to thrill-seekers. So the next time you're waiting for a friend to catch up to your episode, or can't decide what to watch after finishing a series, take a look at what Netflix has to offer and learn a thing or two.