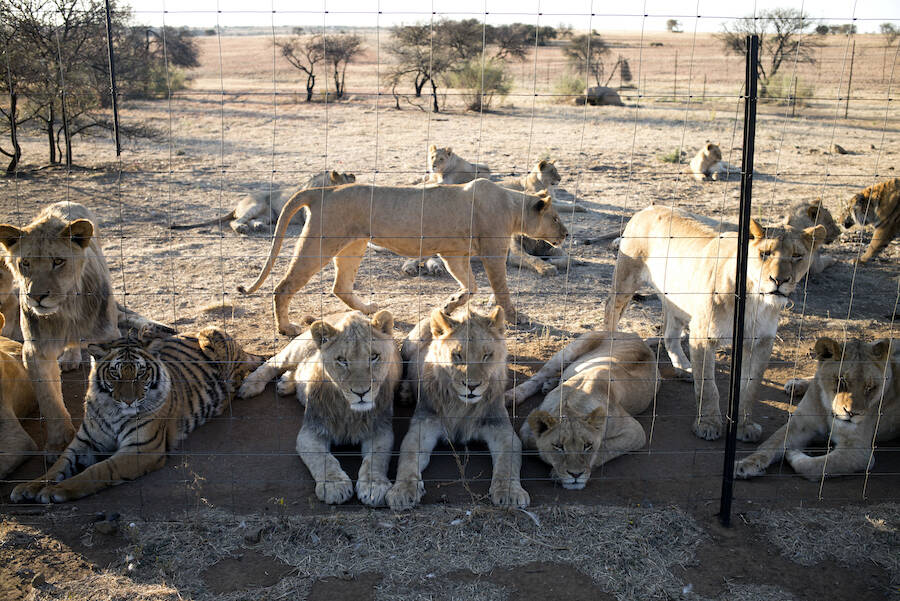 Getty ImagesFarm in South Africa with about 100 lions as well as tigers and jaguars. South Africa has hundreds of breeding farms for lions, many of which are sold to hunting companies.

As more and more investigations shine a light on the horrendous conditions inside big cat farms where lions and tigers are kept in cages and bred to be hunted and killed, the revelations are only getting worse and worse.

According to a report by the NGO World Animal Protection, the demand for traditional medicine utilizing big cat parts in Southeast Asia is fueling a boom in these farms, mostly found in South Africa and China.

The report, which will be presented at the upcoming Convention on International Trade in Endangered Species of Wild Fauna and Flora (CITES) meeting in August, provides a snapshot of the horrendous treatment that these big cats are subjected to at these breeding farms. 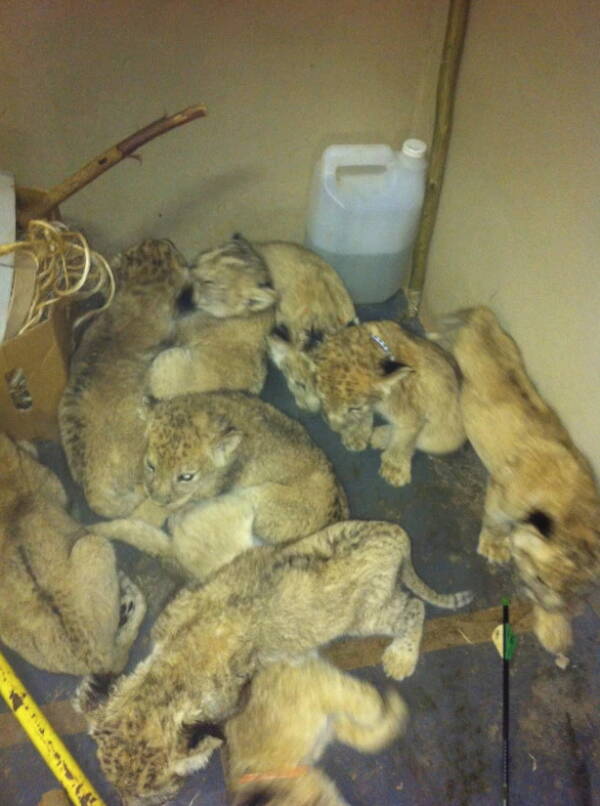 For starters, the living quarters at these farms are in no way adequate to house hundreds, if not thousands, of big cats at one time. The report describes breeding facilities in China as “factory farms” where tigers are stuffed into small concrete enclosures. At some farms, breeders will even put lions in individual cages and give the animals a limited amount of food and water that is just enough for them to survive.

These appalling conditions are extremely harmful to the wellbeing of these big cats and the report has found evidence of these practices’ cruel effects. Investigators from the NGO found that most of the animals kept in these farms showed disturbing signs of abnormal behavior, things that the animals would not normally do in the wild, like constant pacing and self-harming by biting their own limbs or tail. 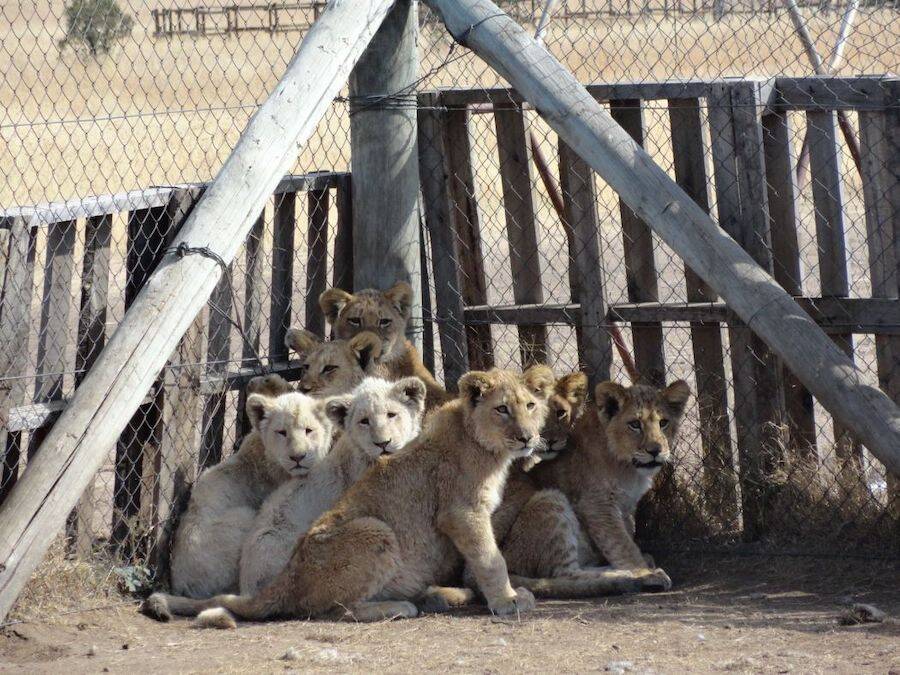 Anonymous/Blood LionsCubs that are born in big cat farms are often born with deformities and display abnormal behavior.

Those cubs that were born inside these facilities are often physically deformed or stillborn, likely caused by the rampant inbreeding that occurs within the tight enclosures.

According to the report, inbred cubs usually suffer from painful deformities in their feet, legs, and faces, which prevents them from acting on their natural and essential predatory instincts. Furthermore, these animals have issues with their sight, breathing, hearing, and even chewing as a result of their deformities.

Deformities result when female cats are forced to birth up to four or five more litters than they normally would in the wild due to the speed breeding that these farms practice. The animals are bred, killed, and sold in high numbers to keep up with the demands of the traditional medicine trade.

Traditional medicine that uses parts of the big cats such as their bones, limbs, and skin is still a popular practice in countries like Vietnam, China, Thailand, and Laos, where most of the demand for big cat products comes from. 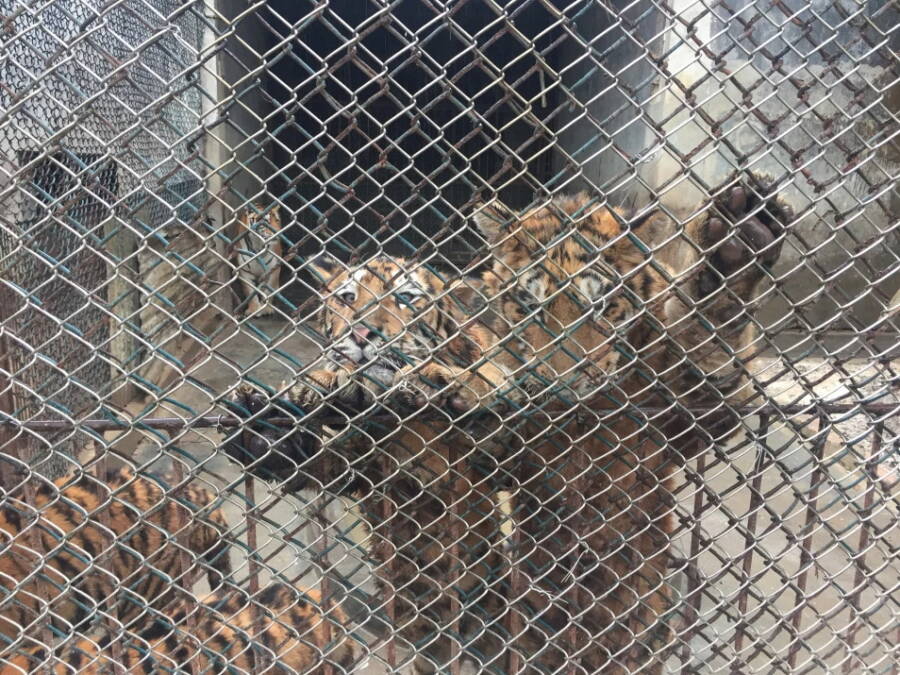 On top of investigations into big cat breeding facilities, the organization’s report also includes a survey on consumer attitudes, encouraging consumers who buy traditional medicine made with big cat parts to go for synthetic alternatives instead.

What the organization found was that most consumers in these countries still believe in the medicinal benefits of remedies that contain big cat body parts despite the lack of scientific evidence that proves this. Demand for these medicines remains high. 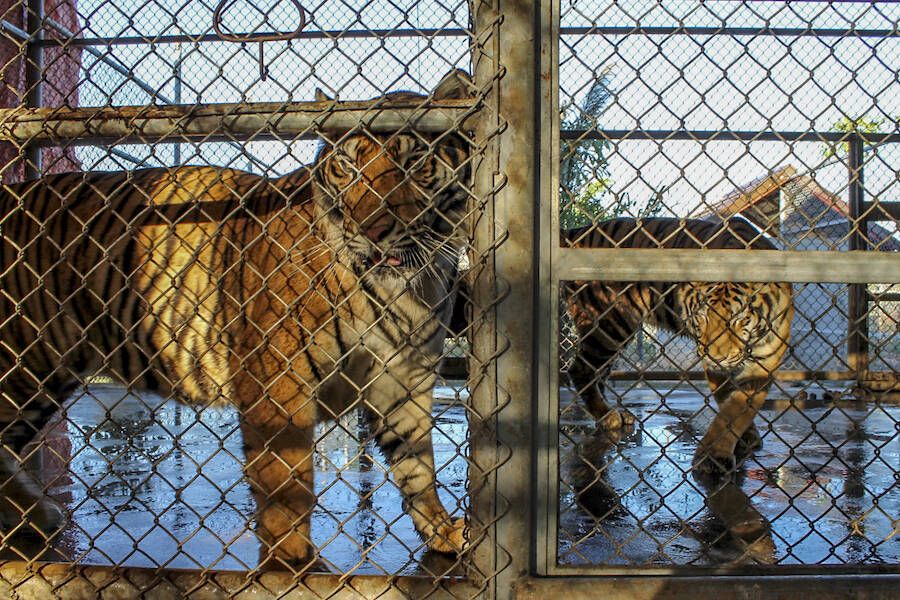 Terrence McCoy/The Washington Post via Getty ImagesTigers in a farm in Laos.

The biggest exports between 2007 and 2016, the report found, came from South Africa, where there are an estimated 244 facilities that keep 6,000 to 8,000 lions and 280 tigers (notably not a big cat that is native to the country) in cruel captivity. At least 70 metric tonnes of bones were shipped out of the country during that eight-year period.

While the report suggests that there is a correlation between the number of expanding farm operations with the declining numbers of wildlife populations outside captivity, some critics believe this to be untrue.

One study in particular found that big cat farms had negligible effects on wildlife populations. Some argue that these farms may actually protect the wild populations since supply for animal trade could be fulfilled through breeding instead of poaching.

Still, the reality is that these big cat farms are undoubtedly destructive — and the abysmal conditions and horrendous effects detailed in this new report are certainly proof of that.

Next, step inside the grisly czech slaughterhouse filled with tiger remains. Then, read up on infamous tiger killer Joe Exotic.