"We have been warning for several years that illegal trade in tiger products is [a] really serious problem in Europe, not only in Asia." 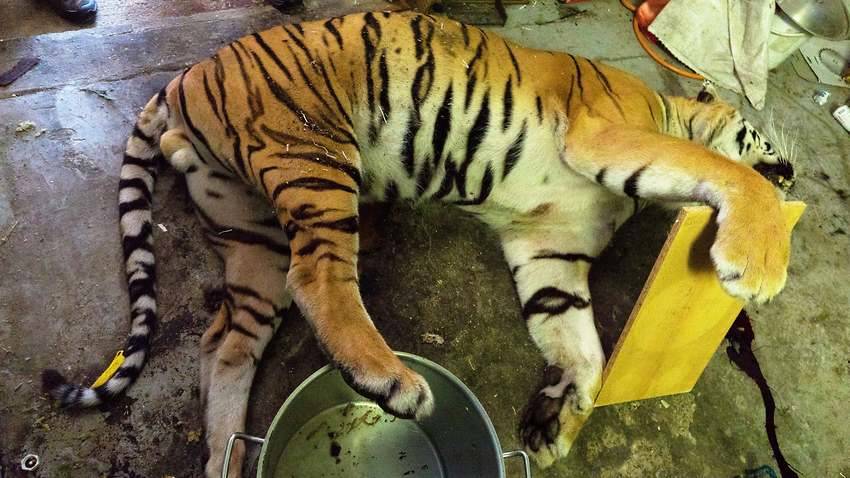 CEIA slain tiger found at one of the illegal slaughterhouse properties.

After a five-year investigation, authorities in the Czech Republic have zeroed-in on an illegal slaughterhouse in Prague that carried out the illegal trafficking of big cats.

According to Science Alert, inspectors with the Czech Environmental Inspectorate (CEI) led police and customs officers in a raid of 10 properties in and around the capital city of Prague in July.

The joint investigation, aptly dubbed “Operation Trophy,” yielded the discovery of a network of illegal tiger slaughterhouses where the bodies and body parts of freshly-killed big cats were found in abundance.

In one of the properties, a freshly killed four-year-old tiger with one eye missing and a bullet wound in its neck was sprawled out on the floor. An autopsy of the animal revealed that the tiger had been shot in the neck in order to have its valuable pelt sold on the black market.

Meanwhile, claws, pelts, and other tiger parts were found throughout the gruesome facilities, which, according to CEI, are run by both Czech and Vietnamese individuals. 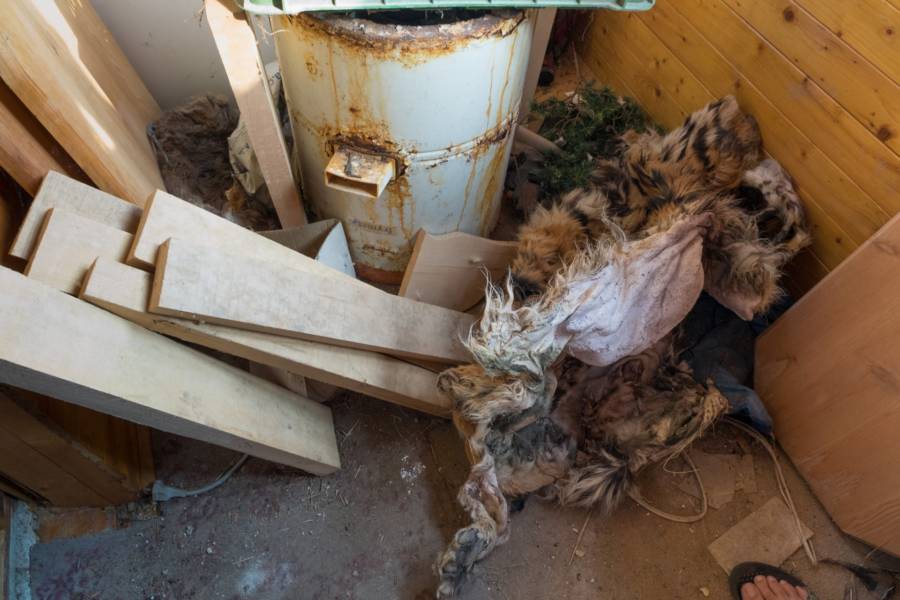 CEITiger pelts found in a corner of the slaughterhouse.

So far, SBS News reports that Czech authorities have arrested three suspects they believe might be responsible for this crime: a middle man, an illegal taxidermist, and a legal tiger breeder.

The taxidermist, identified as Miloš Hrozínek, is still in custody. However, the alleged delivery man and tiger breeder, Ludvík Berousek, and the Vietnamese trader who placed the orders, Le Xuan Vu, are currently out on bail.

Berousek is reportedly continuing to run his breeding facility, per SBS News.

Investigators say that Operation Trophy has set an example that officials throughout Europe should take seriously and that it demonstrates that illegal tiger trade and animal slaughter is not only a huge issue in Asia, but in Europe as well.

“We have been warning for several years that illegal trade in tiger products is [a] really serious problem in Europe, not only in Asia,” said lead CEI inspector Pavla Říhová. “There are many tigers in captivity in Europe, a lack of overview who holds them and where.” 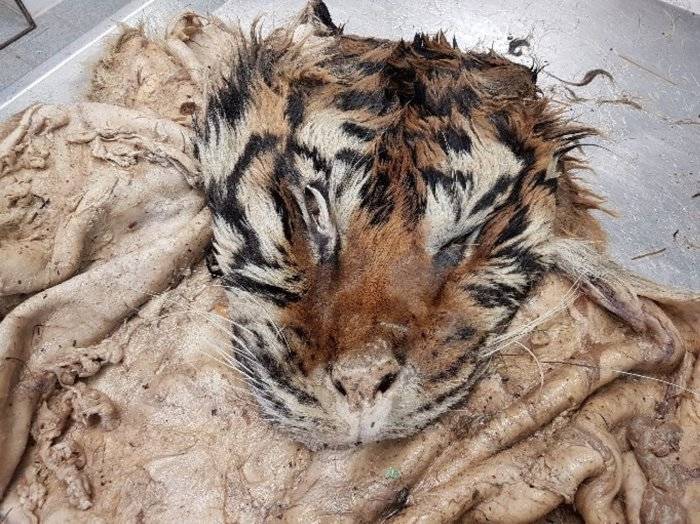 CEIA tiger pelt found at one of the illegal slaughterhouse facilities.

In Europe, a tiger pelt can sell for more than $4,000 and claws can go for more than $100 each. But not only are the pelts of tigers valuable, their organs and bones are also sold on the black market for their supposed medicinal properties.

In Vietnam, for example, a common medicinal product that is believed to treat arthritis is made out of tiger bones. The slaughterhouse in question has been accused of doing exactly this — illegally exporting tiger bones and other tiger parts to countries where they are converted into different types of medicinal products.

A report created by investigators that worked on this case details how the seizure of tiger parts and other tiger products coming out of the Czech Republic since 2013 enabled the discovery of an international crime network that illegally sold these parts to buyers in Vietnam.

Czech officials first became suspicious of this type of illegal activity occurring in their country after customs officials intercepted a bag of tiger bones in 2013. Now, five years later, the investigation has reached a fruitful conclusion.

Czech investigators have since been commended by wildlife advocates for their “tenacity and integrity” in their investigation into this grisly matter.

Next, read up on Oklahoma zookeeper “Joe Exotic”, who has been accused of killing five tigers and selling the cubs for profit. Then, learn about the Champawat tiger that took more than 400 human victims.